Without external financial support, Ukraine will in the coming years not be able to pay back its debts. UNIAN clears up why the country's key creditor, the International Monetary Fund, insists on raising gas prices and creating an independent anti-corruption court in order to continue providing assistance to Kyiv.

Ukrainian authorities have admitted what economists have been saying for a long time: it will be almost impossible in the coming years to cope with the debt burden without external financial support. Against the background of the ongoing hostilities, political and economic instability, the IMF is the only adequate source of funding. Following the February visit of the Fund's technical mission to Kyiv, the authorities faced a difficult choice: either to allow the ship to drift, which would inevitably throw it onto a default reef, or to accept the demand for higher gas prices and create an independent anti-corruption court.

In mid-February, the IMF technical mission paid a visit to Ukraine. The government almost unanimously declared that the mission's visit was extremely important because the measures required to continue the lending program would be discussed. After all, this year alone, Ukraine has to pay off $7.4 billion in debt.

In a situation where the national economy cannot ensure debt servicing, the IMF is the best possible source of funding. After all, Ukraine is not capable of borrowing such volumes on market terms – it's just too expensive. With the current state of public coffers, private external creditors are ready to finance the country exclusively on terms extremely favorable for themselves, to cover possible risks, so the price of such borrowing can become unbearable for the national economy.

Another option is to announce a default. However, under such a scenario, the state will have to forget about any external financing for many years ahead, while the corporate sector will see extreme complications with the attraction of loans and investments. The country will also have to forget about plans to accelerate economic growth, exchange rate stability, and one-digit inflation indicators. Besides, the default does not mean automatic cancellation of the country's debts. The burden of repaying debts will be put on the shoulders of the next generation of Ukrainians.

Both the president and prime minister have repeatedly stated their readiness to undertake necessary reforms and continue cooperation with the IMF.

In fact, two reforms are required: strengthening the fight against corruption along with the creation of an independent anti-corruption court (the key word here is "independent"), and bringing gas prices to market levels to eliminate corruption loopholes in the energy sector. While the issue of creating an anti-corruption court traditionally frightens the authorities with the very idea of the emergence of any institutions beyond their control, raising gas prices for the population would also be a politically unpopular decision.

The visit of the IMF technical mission seems to have become yet another attempt to agree on easing the terms. After all, it was the Ukrainian authorities who invited the Fund's experts to Kyiv.

However, so far, IMF officials have sent no signals about any softening of their stance.

"It is now important that the authorities move expeditiously with parliamentary consideration of the draft law on the anti-corruption court, while ensuring that the necessary amendments are adopted during the parliamentary process to make the approved law fully consistent with program commitments and the recommendations of the Venice Commission of the Council of Europe," the IMF stated following the mission's visit.

Also, IMF representatives noted the importance of further progress on other delayed measures in the energy sector (regulation of gas prices) and with regard to fiscal policy.

Until these conditions are met, it will be difficult to expect continued cooperation between Ukraine and the IMF.

Ukraine has confirmed its commitment to creating an anti-corruption court back in the spring of 2017 - a letter of intent to the IMF was signed by all branches of power. However, as early as last fall, President Petro Poroshenko publicly stated that in the most advanced modern democracies there are no specialized anti-corruption courts, and therefore this recipe is not the best one for Ukraine.

"I want all courts in Ukraine to be anti-corruption," the president said.

Nevertheless, by the end of 2017, his rhetoric had changed, and on Dec 22, Poroshenko introduced a draft law on the High Anti-Corruption Court into Parliament. Civil organizations and Ukraine's international partners, including the IMF, criticized the bill because of its inconsistency with the recommendations of the Venice Commission, in particular – in terms of ensuring the independence of the judges' selection procedure.

Criticism was caused by a reduction of the role of an international panel of experts in the selection of judges compared with the VC recommendations. After all, participation of international experts was large-scale and full-fledged in the selection of chiefs of the National Anti-corruption Bureau and Specialized Anti-corruption Prosecutor's Office. 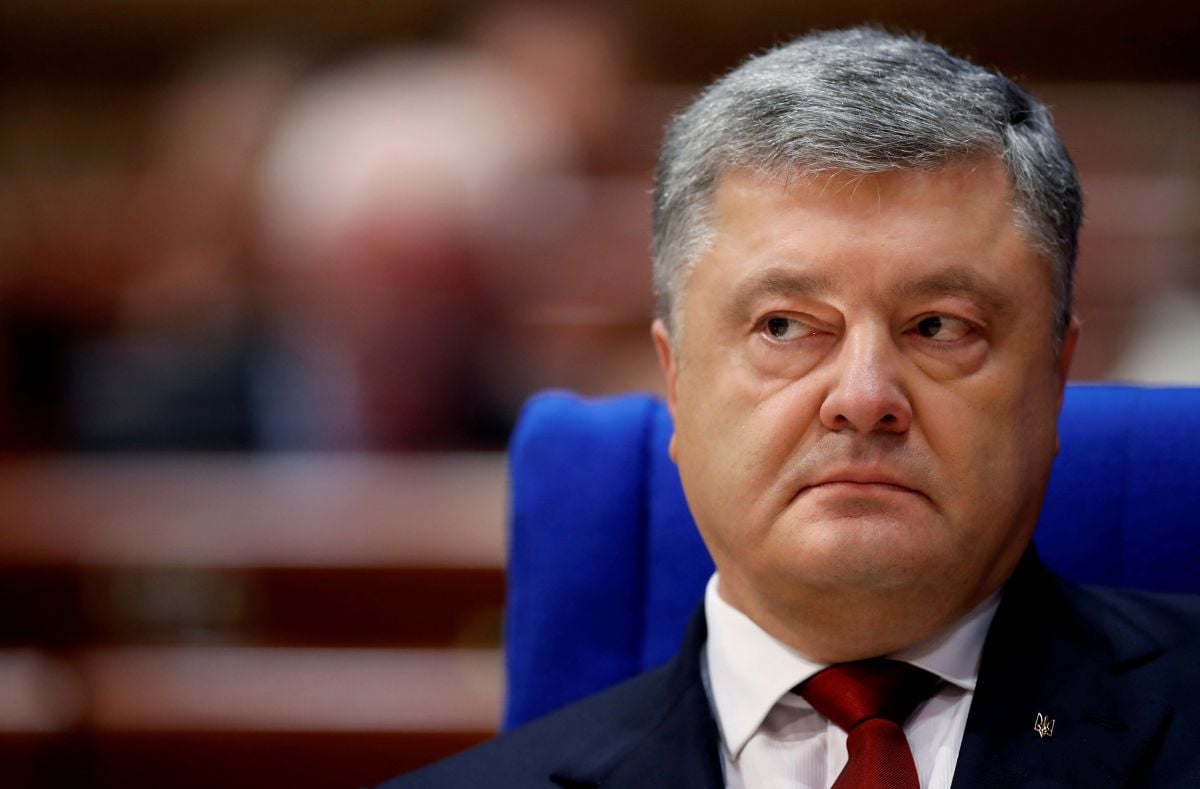 Civil organizations also slammed proposals to expand the court's jurisdiction, including, for example, on drug-related cases, as well as the bill's overstated requirements for candidates to apply for a judge, which could complicate the court's creation and operation.

At the same time, PM Groysman has repeatedly expressed support for the creation of an independent ACC in accordance with high international standards.

"In the coming months, the law on the establishment of an independent, quality anti-corruption court should be passed. The most important thing is not just to create it, but to ensure that this anti-corruption court finally hands down its first verdict to those corrupt officials who confused their own pocket with that of the state," Groysman said.

In any case, parliament is yet to debate the ACC creation, and time will show whether it will be possible to ensure its independence and compliance with international standards. If the endeavor fails, Ukraine can hardly count on further cooperation with the IMF.

Since the change of power in Ukraine in 2014, the International Monetary Fund, in exchange for large-scale financial assistance, has agreed with Ukraine on the implementation of a number of reforms to ensure faster economic growth. After all, on the one hand, the IMF, as a creditor, should be sure that the country will be able to repay its debts, and on the other – the Fund is an institution with universally recognized, world's best economic expertise. One of the key measures agreed was the energy sector reform, including bringing gas prices for the households and businesses to a single market level. After all, if the gas price for the population is much lower than the price for industry, there is an irresistible temptation to employ corruption schemes to first buy gas allegedly for the needs of the population and then use it in production or resell it at a market price. The Ukrainian government has acknowledged that such type of corruption in the energy sector had macroeconomic consequences - that is, it had been taking away percentages points of economic growth.

In May 2016, the Groysman Cabinet set a single marginal price for gas for all categories of consumers and, at the same time, continued the program of subsidizing the most vulnerable segments of the population, as well as programs for the restoration and development of own gas production.

"We have set a marginal market gas price f to destroy corruption. It's no secret that businessmen, including those now present in parliament … would previously buy gas from the state at prices lower by 66.7%-75%  and then resell it two or three times more expensive. There is proof," the prime minister noted.

The head of government stressed that over the ten years since two levels of gas prices have been introduced in Ukraine has lost about $53 billion - an amount sufficient to repay more than two-thirds of the foreign debt.

"In a few decades, entire empires of gas 'kings' and 'queens' have emerged, with billions of dollars made on the fact that citizens were deprived of the opportunity to live normally," said Groysman. 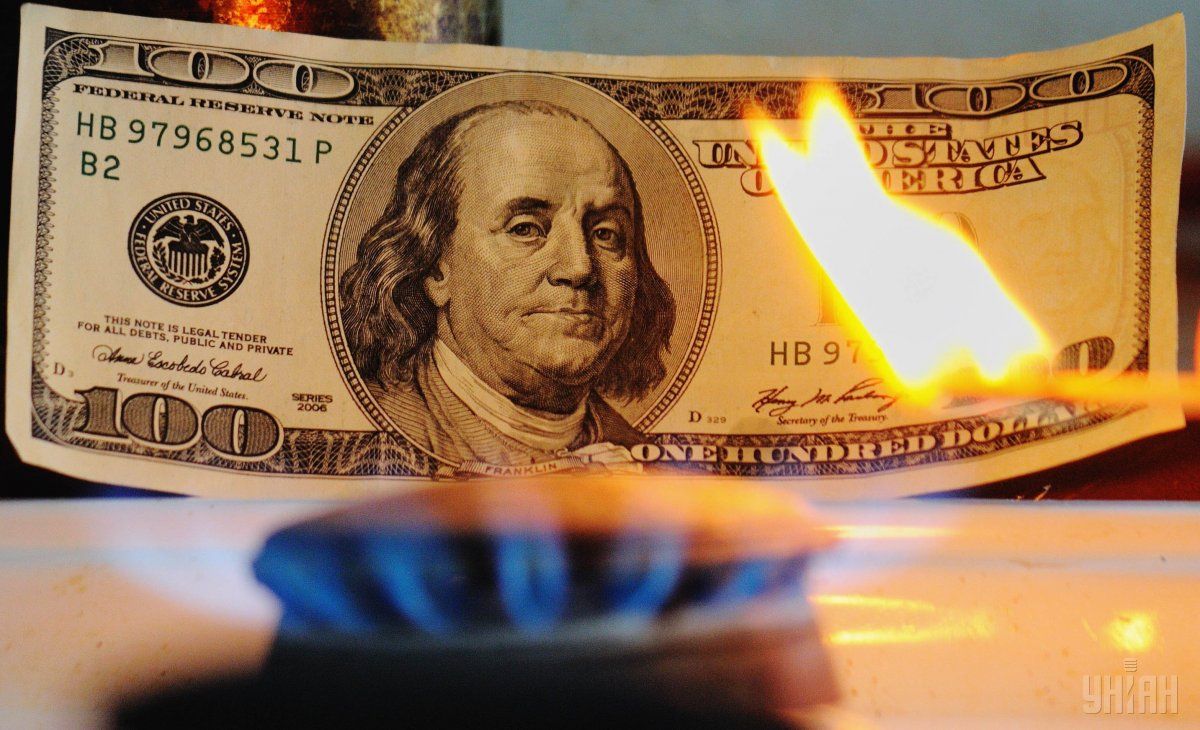 Not so much time has passed since 2016 – and Ukraine is once again seeing two different gas prices.

The thing is that in May 2016, the government approved a formula aimed to lead to a review of the gas price for the households every 6 months to maintain it at a market level. However, in October 2017, the Cabinet refused to comply with the formula that it had, itself, adopted, which was supposed to raise the gas price for the population in the current heating season by 18%.

To date, according to open market data, the market gas price for industrial consumers is about UAH 8.2 per cubic meter without taking into account transportation costs. The same price is laid by the country's main gas trader, Naftogaz of Ukraine, and it will be effective from March 1. The price of gas for the population, taking into account transportation, is UAH 6.9 per cubic meter as of today.

According to our source in the government, during recent consultations with the IMF, the Cabinet offered various options for increasing gas prices, but none of them provided for a single market price which would be a pledge to eliminate corruption temptations. After all, contrary to popular belief, in the end, Ukrainians pay more than a full market value for every cubic meter of gas even if the price is preferential – as a result of worse opportunities for development of own extraction by state companies, foreign currency withdrawal from the country, exchange rate instability, inflation, and budget deficit. In the end, citizens pay with their low standard of living, poor quality hospitals, schools, and roads.

The International Monetary Fund is offering a simple scheme: a single market gas price plus a subsidy system that should instill confidence in tomorrow onto those Ukrainians who are unable to pay full price. State-owned companies will not suffer either, being given an opportunity to invest more actively in their own production, while the temptation will be eliminated to resell or use in production gas volumes purchased at a price set "for the population". The government should fulfill the function that is natural to it, unlike to private or state-owned companies: it should ensure social needs of the population through financing subsidies.

But it seems that the Ukrainian authorities are in search of their own unique path. However, in pursuit of a higher political rating, the loss of support of Ukraine's main creditor could become an economic tragedy. Moreover, neither institutional creditors, nor private investors, nor even advisers to the prime minister see any contradictions between the IMF lending conditions and Ukraine's long-term interests. However, there are few reasons for declaring success in cooperation - the country received only four tranches totaling $8.7 billion within the 4-year cooperation program with a ceiling of $17.5 billion, although, according to the initially agreed reform schedule, they Ukraine could have already received 12 tranches.

Therefore, the steps the Ukrainian authorities will be taking on the path of key reforms in the coming months could become a vivid manifestation of struggle between populism and common sense.