Naftogaz claimed a resounding victory in the Stockholm Arbitration over Gazprom, in response to which the Russian gas monopoly decided to go for a despicable revenge in contravention of the Swedish court decisions, but Ukraine holds its ground and intends to seek penalties. The National Security and Defense Council extended sanctions against Russian banks, while the European Union promised a new program of macro-financial assistance worth EUR 1 billion - these are the main economic news of the outgoing week.

The main news of the week was the completion of the Stockholm Arbitration hearings in the long-standing litigation between Naftogaz and Gazprom, which ended in favor of the Ukrainian company. Traditionally, the Russians resorted to a vile revenge move. But first things first…

Late on Wednesday, Naftogaz stated that he had received the final award of the Swedish Court on the second, "gas transit" lawsuit, obliging Gazprom to pay Naftogaz $4.63 billion for its failure to fulfill contractual terms on pumping gas via the Ukrainian territory.

According to Naftogaz, following the two arbitration proceedings, Gazprom's debt totaled $2.56 billion. This is due to the fact that in December 2017, by the decision of the Stockholm Arbitration on the purchase and sale of gas, Naftogaz owed Gazprom some $2 billion.

Naftogaz stated that the Russian monopoly was supposed to start paying the debt from the date of the court decision was announced, i.e. from February 28, and for any delay, there is a considerable penalty of $500,000 a day. According to Naftogaz CEO Andriy Kobolyev, the Ukrainian side is not interested in the barter option, that is, payments at the expense of future supplies of Russian gas to Ukraine.

He also noted that if Gazprom were to resist and not comply with the Stockholm Arbitration award, Naftogaz would be ready to sue to seize Gazprom's foreign assets.

Meanwhile, on March 1, Gazprom, resentful of the decision of the Swedish Arbitration, went for a demarche - it refused to supply to Ukraine the volumes of gas agreed by Ukraine in accordance with the decision of the Stockholm court. They returned the prepayment for gas supplies received from Naftogaz in late February. And they did it 15 minutes before the start of deliveries. And a little later, they said that they were initiating proceedings in the Stockholm Arbitration for the termination of all contracts with Ukraine.

Gazprom's actions led to a reduction in gas pressure at the entrance to the Ukrainian gas transmission system to a critically low level, which created significant risks for fuel transit to Europe.

"Given the extreme weather conditions in Ukraine and in the EU, such irresponsible actions on the part of Gazprom further complicate operations of the Ukrainian gas transmission system operator, and artificially create significant risks for the uninterrupted transit of large volumes of gas to European consumers," said GTS operator Ukrtransgaz.

On March 1, a meeting of the National Security and Defense Council was convened, where the Naftogaz CEO proposed to impose on March 3-4 a restriction on gas consumption due to the cold snap and Gazprom's moves.

According to Kobolyev, due to a sharp drop in temperatures in Ukraine, there is a record daily gas consumption of 200 million cubic meters, with 18 million cubic meters of gas becoming a deficit, which could have been covered by gas supplies from Russia. This deficit will be partially compensated by gas purchases from the European direction, and Gazprom will be billed for its failure to fulfill the contract.

On March 2, the Cabinet of Ministers introduced for five days a national action plan to prevent a crisis in the energy sector. It provides for the transfer of generating companies from gas to fuel oil. Until March 6 it was recommended that the schools shut down while the citizens were asked to reduce gas consumption. The Ministry of Energy informed the EU Secretariat of its decision. The European Commission immediately stated that it was ready to cooperate with Kyiv and Moscow to resolve the problem.

At the same time, Prime Minister Volodymyr Groysman accused Naftogaz of the latest developments - the NAC made a mistake when it hoped that Gazprom would execute the decision of the Stockholm Arbitration in a civilized way civilly and therefore Naftogaz should fox the problem. However, he rejected the possibility of the dismissing Kobolyev from his post.

Naftogaz immediately moved to correct the mistake. They urgently signed a contract with the Polish PGNiG to have more than 60 million cubic meters of gas supplied until the end of March 2018. Its implementation began on March 2. Moreover, PGNiG assured Kyiv of its readiness to increase gas supplies to Ukraine if necessary.

On Friday evening, Naftogaz said that from March 3, the Ukrainian GTS, taking into account the five-fold increase in gas imports from the EU, would resume its normal operations.

This is how Ukraine once again managed to overcome artificial obstacles built by Gazprom, or rather its commander-in-chief, the Kremlin. And it proved to Europe that it is a reliable gas transit state. It also demonstrated to Moscow that it can completely do without Russian gas, as it has been doing for more than two years. All that Russia has achieved is an additional vacation for Ukrainian students. 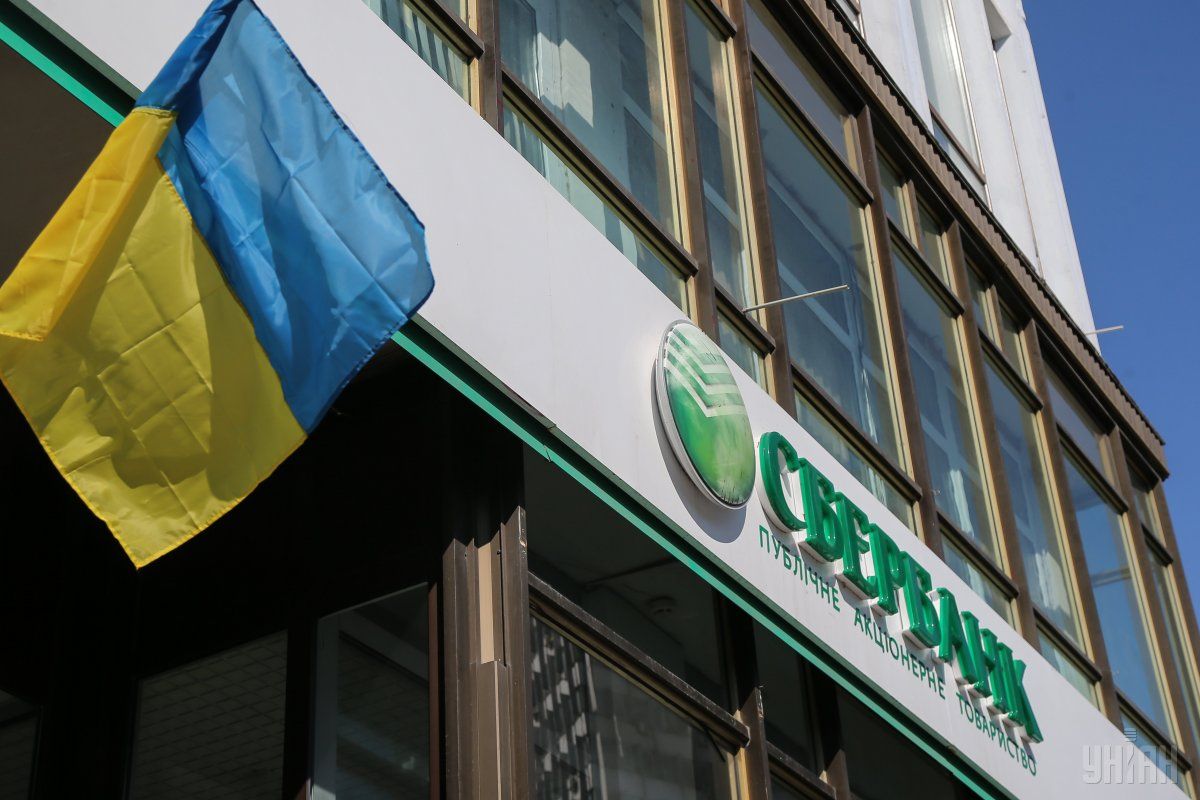 The decision of the Stockholm Arbitration in the gas dispute is by no means the only slap in Russia's face. Another one was the news that the European Union plans on March 12 to extend for six months its sanctions against representatives of the "Russian world".

The sanctions policy against the aggressor state was supported in Kyiv as well. In particular, the National Security and Defense Council, under the leadership of President Petro Poroshenko, extended for a year the sanctions against Russian banks still operating in Ukraine. Perhaps "sanctions" is a word said too loudly. After all, we are talking, basically, about the ban on the withdrawal of capital from Ukraine to Russia. However, the so-called sanctions do not affect settlements through the banks of the aggressor state. In addition, Russians are given the opportunity at any time to capitalize their financial institutions in Ukraine or sell them.

Speaking at the NSDC meeting, the president noted that by the end of 2017, the net assets of Russian banks in Ukraine decreased by one third, while the volume of deposits of individuals and legal entities placed in them fell by 28% and 34%, respectively. Another important figure, which the head of state drew attention to, was a reduction by almost a half of the share of banks with state Russian capital (banks that belong to Russian oligarchs, apparently, do not count) in the net assets of the banking system of Ukraine - from 10.6% to 5.6%.

However, First Deputy Head of the National Bank Kateryna Rozhkova says that Russian banks still have a very significant influence in Ukraine. For example, the volume of funds attracted by Russian banks from legal entities and individuals remains significant - at UAH 22 billion - although it declined over the past year by UAH 13 billion. In this regard, the National Bank categorically opposes tightening sanctions against the banks of the aggressor state. Allegedly, it's in order not to paralyze the work of the following five banks - Sberbank, VSBank, Prominvestbank, VTB Bank, and BM Bank (no sanctions are applied to Alfa Bank).

For the sake of fairness, it must be said that the current leaders of the National Bank have never seen a threat to national security in the activities of Russian banks. Over the past few years, while fierce battles between Ukrainian troops and Russian mercenaries have been ongoing in Donbas, the central bank has been repeating the same mantra: Ukraine does not have Russian banks, there are banks with Russian capital, and there are no complaints to them. "Our curators are there. They passed the first stress test that was held in 2014. They have recapitalized their institutions. The second stress test was also passed," Valeriya Gontareva said at the Verkhovna Rada in February 2016. At the same time, Gontareva especially stressed that the National Bank had no reason to make any slightest claims to the banks of the aggressor state.

And only under the very strict pressure of activists, who started vandalizing offices of Russian banks in Ukraine, the National Bank was forced to develop, and the NSDC for the first time to introduce in mid-March 2017 certain restrictions against Russian banks, calling them sanctions. Apparently, these "sanctions" are so powerful that the Russian banks are still in no hurry to withdraw from the country where "fascist thugs" are raging and the "bloody Junta" is at the helm.

However, Poroshenko believes that Russian banks continue to cut their presence in Ukraine and are in parallel negotiating with buyers. "Therefore, their withdrawal from the local market is only a matter of time," the head of state stated at the latest meeting of the National Security and Defense Council.

Smolii's non-appointment and a promised billion from the EU 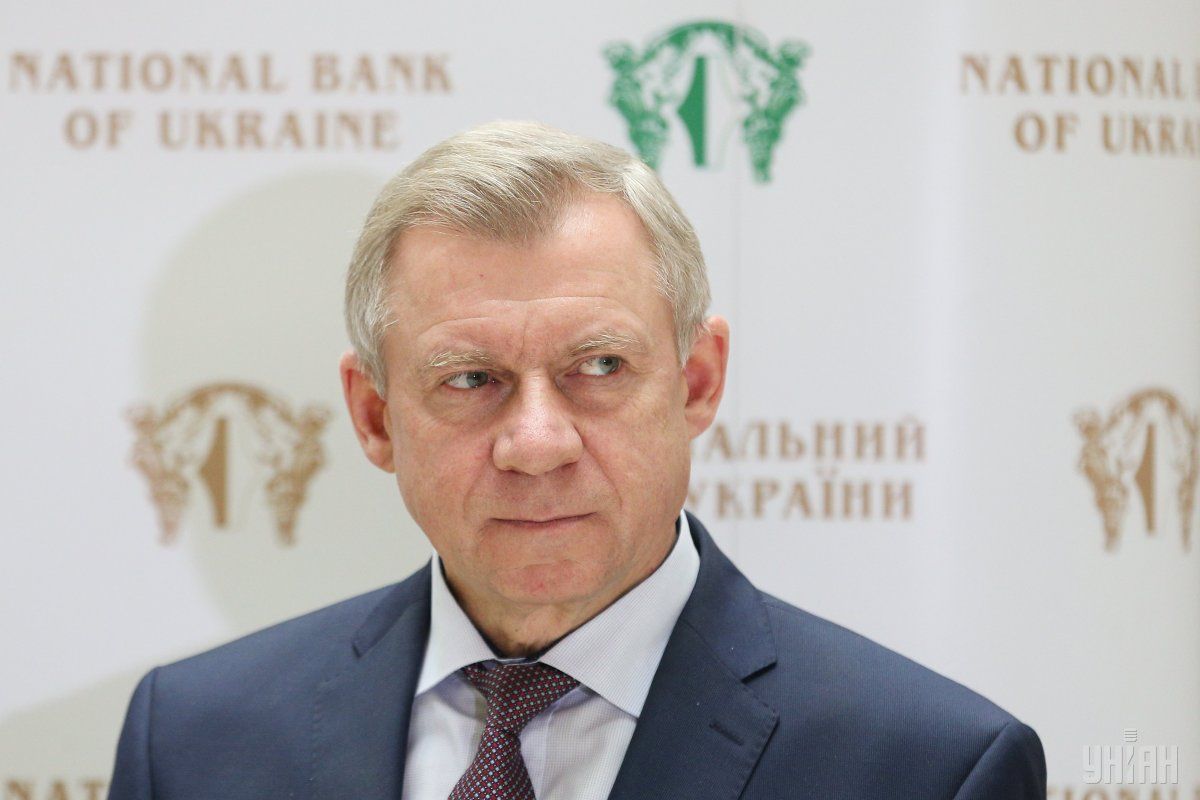 Perhaps the attitude toward Russian banks would change with the arrival of a new head of the NBU. After all, the country's central bank has been beheaded since May. Yakiv Smolii has been an acting governor ever since. For a long time, the president could not decide on a candidate for the vacant post due to reasons unclear. In the end, he put his bet on Smolii. On Thursday, March 1, the Rada even had to hold a successful vote on his candidacy, because two major factions - the pro-presidential BPP and Popular Front both expressed support for him earlier.

But at the last minute in the People's Front faction became afraid that the BPP would deceive them, and demanded a batch vote - together with the motion on the new head of the National Bank, to vote for a new candidate for the post of ombudsman and change the composition of the Central Election Commission and the Accounting Chamber.

Bargaining continued, even though early this week, the G7 ambassadors urged the Ukrainian parliament to elect the new chairman of the National Bank without delay.

The failure to hold such vote saw a negative reaction on the part of foreign experts.

"Rada delays vote on new NBU Governor until mid-March. What a total joke. This damages the credibility of the NBU and the country. What country in the world has not had a central bank Governor for a year?" British economist Timothy Ash wrote on Twitter. By the way, he assigned a certain share of responsibility to President Poroshenko, urging him "to realise that the NBU is an important institution and not on the same level as the finance department of his chocolate factory". This is a very important remark because the emergence of a new head of the NBU has long been demanded by Ukraine's key creditor of Ukraine, the IMF. The latter has repeatedly stressed that without the full leadership of the NBU there will be no cooperation, and without the cooperation with the IMF, the remaining creditors - the World Bank and European Union - will not be able to help,

For example, Head of the EU Delegation to Ukraine Hugues Mingarelli said last week that the European Commission was ready to provide Ukraine with new EUR 1 billion macro-financial assistance but this program can be approved if the country renews cooperation with the International Monetary Fund.

It is very important that for the allocation of macro-financial assistance the EU must have either a letter from the IMF or an existing program with the IMF. As soon as Ukraine receives the next tranche of the IMF, this will be a motivating signal for the bloc, according to Deputy Head of the European Commission's Directorate-General for Enlargement and Neighborhood Affairs Ekaterina Maternova who spoke at an investment conference in Kyiv March 1.