Mobile operators will pay UAH 5.4 billion to the state budget for their 4G licenses, Russia's Gazprom informed Naftogaz of their intention to terminate gas contracts, prompting the European Union to reflect on its energy security, while the hryvnia continues strengthening against higher foreign currency earnings of exporters - these are the main economic news of the outgoing week.

This short working week was nevertheless full of important economic events, one of which was a contest for a 4G licenses in the 1800 MHz band. The extraordinary nature of biddings was underscored by personal attendance by President Petro Poroshenko, who had never before visited state auctions. The head of state arrived in the midst of trading when three of six lots were being contested. In his address, Poroshenko thanked all participants and also handed over the first set of licenses to Kyivstar, Vodafone, and lifecell, who had purchased them for UAH 2.456 billion during the first tender for 2510-2690 MHz frequencies held January 31.

Also, the president hastened to announce that after the 1800 MHz and 2510-2690 MHz auctions, another bidding to launch 4G in the 900 MHz band is yet to be held. According to him, this will allow launching the 3G and 4G in villages and towns across Ukraine. "That's in order to allow for the development of rural healthcare and education. For the village councils to have a reliable and effective internet connection," said Poroshenko.

The outcome exceeded the president's expectations. Kyivstar, Vodafone and lifecell will pay UAH 5.424 billion for their licenses in the 1800 MHz band. The struggle was rather tense though. A total of six lots were put up for sale. First, operators bought the first three of them for UAH 3.17 billion without competition, since these frequencies belonged to the operators. In the course of drawing the remaining three lots, tensions rose with Kyivstar winning the fourth and sixth lots, offering UAH 612 million and UAH 900 million respectively. At the same time, Vodafone won the competition for the fifth of six lots, offering UAH 742 million for the license at a starting price of UAH 265 million. Thus, following the two tenders, the state will receive UAH 7.9 billion.

The operators tentatively announce that 4G will arrive in most of the country's settlements in the summer of 2018. 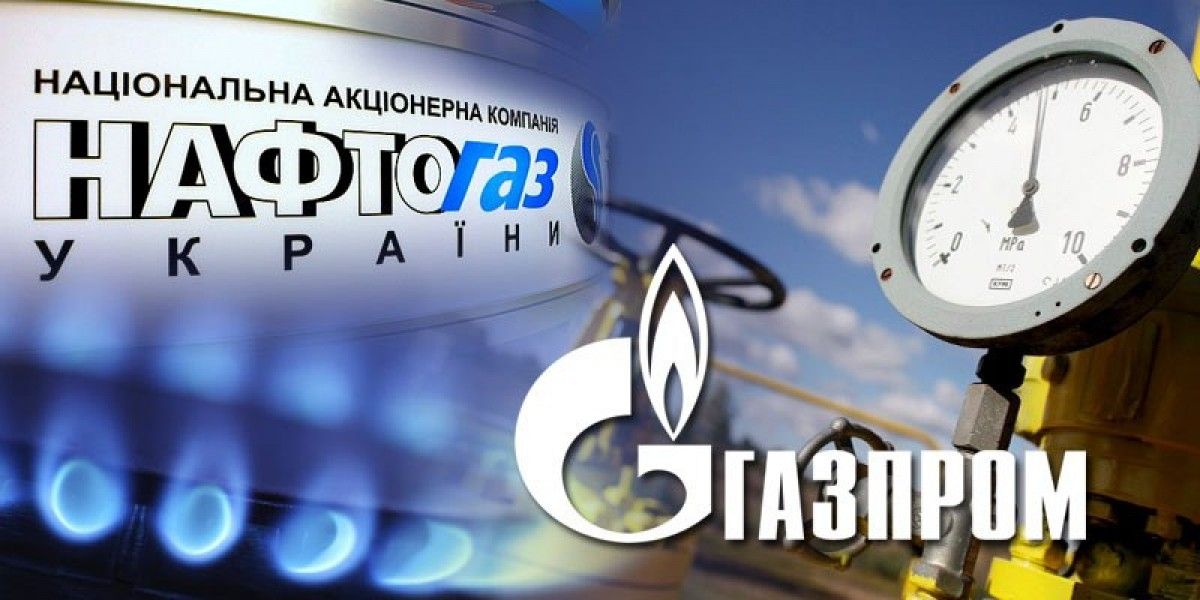 This week, Russia's Gazprom continued to terrorize the entire civilized world. On Monday, company CEO Alexei Miller said that they have sent to Naftogaz an official notification on the start in the Stockholm Arbitration of termination of all contracts for the supply and transit of gas.

A week earlier, the Stockholm Arbitration ruled that Gazprom pay the Ukrainian company $2.56 billion for breaching the transit contract, and that Naftogaz purchase gas from the Russian company. Gazprom initially agreed, but on March 1 they suddenly refused to sell gas to Ukraine and lowered to a critical level the pressure at the entrance to the Ukrainian GTS.

Later, the chief commercial officer at Naftogaz, Yuriy Vitrenko, confirmed the receipt of the notice from Gazprom on their intention to terminate the existing contracts, while the Ukrainian company saw no grounds for such move. He explained the developments, claiming that Gazprom hates the fact that the Stockholm Arbitration recognized the gas contract with Naftogaz as unfair and abolished the "take or pay" principle, according to which in 2009-2019 Ukraine had to purchase 52 billion cubic meters each year.

According to Vitrenko, Naftogaz could agree with the use of such a principle, but based exclusively on examples of Gazprom's contracts with their European counterparts. At the same time, he assured that the Russian gas monopoly would not be able to terminate the existing contracts for the purchase and transit of gas, concluded with Naftogaz in 2009. In addition, the consideration of the claim may drag on for years, while the current contracts expire on December 31, 2019.

"In our opinion, from a practical point of view, nothing will work out [for Gazprom]. The contracts will not be terminated, they will exist until 2020, unless Gazprom acts in an illegal way," Vitrenko said.

In addition, according to the Naftogaz official, Gazprom was officially warned that it had to pay compensation to the Ukrainian side for non-fulfillment of contractual obligations.

"Thirty-four percent of the overpayment for gas imported in March will be compensated for by Gazprom, not by Ukrainians. I would like to remind you that Gazprom insidiously, without warning, amid an abnormal cold snap, failed to fulfill contractual obligations. They did not start gas supplies, although they had billed us for March supplies and Naftogaz had paid in full," Vitrenko said.

Gazprom's actions led to a crisis in the energy sector. To overcome it, the Cabinet of Ministers on March 2 introduced for five days the corresponding national action plan to limit gas consumption across the country. By March 7, the situation had normalized thanks to increased gas purchases to the EU.

By reducing the volume of gas supplied to the Ukrainian GTS, Russia most likely expected that Ukraine would be forced to take fuel from the gas transmission system and thereby violate its transit obligations before European countries. After all, in the previous gas wars with Ukraine, the Russian Federation did exactly this. And back then, Ukraine could not do anything about it, since it had no technical solutions for the purchase of reverse flow gas from Europe. But since 2014 this option has emerged, and Ukraine's partners in this regard are Slovakia, Hungary, and Poland. In the current situation, Ukraine appeared to be prepared to Russia's blackmail. To overcome gas shortage, Naftogaz made an emergency gas purchase from the Polish PGNiG in the amount of 60 million cubic meters, which allowed the country to fully perform its gas transit obligations before the EU, despite Gazprom's move. This was confirmed by the EU Delegation to Ukraine, who stated that all current obligations for the supply and transit of gas to the EU were being met.

The European Commission stated that they were ready to mediate in Ukraine-Russia negotiations if the parties so request, that's according to EC press secretary Anna-Kaisa Ikonen.

At the same time, representatives of the European Parliament were less politically correct and called the situation by its name, Russian blackmail. They voiced their deep concern over Gazprom's decision to stop deliveries of gas already paid for to Ukraine, as well as Gazprom's further intention to terminate the contract with Naftogaz. The EC says this is yet another confirmation of Russia's use of gas supplies as a political pressure tool, which could have a negative impact on the EU energy security, that’s according to David McAllister, chairman of the European Parliament's International Affairs Committee and head of the EP delegation to the Ukraine-EU parliamentary association committee, Dariusz Rosati. In addition, the authors of the statement stressed the importance of boosting the EU energy security, noting that recent events had confirmed the even greater importance of reducing dependence on oil and gas supplied by authoritarian regimes and getting rid of such dependence in the medium term.

President of Ukraine Petro Poroshenko has also touched upon the issue of EU energy security, stressing that the actions of the Russian gas monopoly provide additional grounds to review feasibility of the implementation of the Nord Stream-2 project.

"This gives grounds to studying how justified from the perspective of Europe's energy security is the Nord Stream-2 project, which monopolizes gas supplies to the EU from the Russian Federation and violates the principles of diversification," Poroshenko stressed.

Meanwhile, the German government called on Gazprom to comply with the decision of the Stockholm Arbitration on paying the Ukrainian company $2.56 billion. "The German government expressed concern about Gazprom's decision to abandon existing contracts in the gas sector, which is also a risk for European consumers. Berlin called for the fulfillment of the decision of the Stockholm Arbitration Court both on payments for gas and on its uninterrupted supplies," Ukrainian Ambassador to Germany Andriy Melnyk said.

Anyway, Gazprom's refusal to implement the decision of the Stockholm Arbitration is beneficial for Ukraine. Sabotaging the verdict regarding payments to Naftogaz costs the Russian company $500,000 daily, starting from March 1. 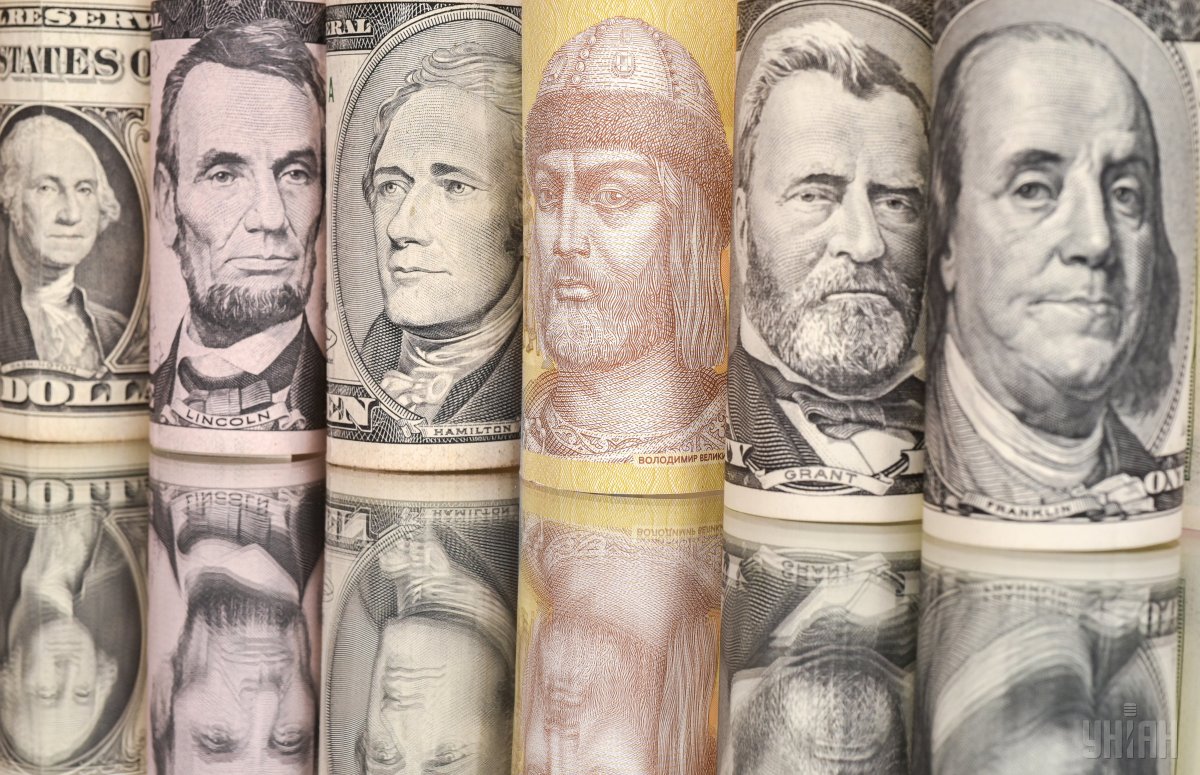 In the first week of spring, Ukrainians were pleased to see a continued rise of the Ukrainian national currency, hryvnia. Its quotes against the dollar in the interbank foreign exchange market on March 7 stood at UAH 26.09/26.12. The cost of dollar purchase in Kyiv exchange offices fell to the range of UAH 26.40. Over the past week, the national currency has strengthened against the dollar by more than 40 kopiykas, and by more than a hryvnia over the months. Given this trend, the National Bank decided to hold a currency auction: on Wednesday the regulator bought $58.8 million from banks at a rate of UAH 26.1119/USD.

According to experts, the strengthening of the hryvnia is due to the favorable situation for Ukrainian exporters on foreign markets and the related increase in foreign exchange earnings.

"The rise in commodity prices continues. In particular, the monthly volume of Ukraine's export revenues from the sale of metal products has already exceeded $1 billion per month, having increased by more than $100 million as compared to the end of 2017," explained Oleksiy Blinov, chief economist at Alfa-Bank (Ukraine).

In addition, he said that over the past month, grain prices have risen by $7-12 per tonne. "This is an additional $50 million in export earnings per month. On the scale of the Ukrainian market, the increase by $150 million per month in export earnings on two base groups alone in such a short period is a significant amount," Blinov added.

It should be noted that the positive price dynamics has been observed for many months in a row, forming optimistic expectations among market participants, while another increase in the NBU's key rate supports the demand for hryvnia assets.

Blinov believes that the traditional season of low demand for foreign currency has begun in Ukraine. "The second quarter usually sees the best balance of foreign trade and current balances, when the supply-demand ratio in the market is favorable for hryvnia strengthening," the expert concluded.

The statement by the NBU confirms his words. The regulator says that in February, Ukrainians sold to banks $18.6 million more foreign currency than they bought. Over a month, banks sold $680.9 million in cash to the population, buying $699.5 million over the same period.

Along with the hryvnia, inflation also showed positive dynamics. In February, it slowed to 14% from 14.11% recorded in January 2018 y-o-y. Basic inflation in Ukraine in February 2018 compared with the previous month slowed down from 0.7% to 0.6%.