In 2018, Ukraine allocated a record UAH 170 billion from the state budget for defense, which allowed intensifying rearmament efforts, financing the development of new types of weapons. Combined with the use of foreign arms and hardware, this strengthened Ukraine's defense capabilities in countering Russian aggression.

The past year for Ukraine has become significant for enhancing security and defense. The record volume of defense spending at UAH 170 billion has largely contributed to this year's success stories.

A significant part of the funds went on covering running costs and supporting combat capabilities of the Army, while a significant UAH 20 billion was spent on the purchase of new weapons and military equipment. Ukraine's defense companies have used the money rather effectively, making excellent groundwork for future breakthroughs in several important areas at once.

One of the priorities for modernization and rearmament was continued work on the creation of the “Missile Shield”, which could be a significant deterrent to Putin's unpredictable and aggressive Russia.

Realizing the importance of protecting the country's coastline, Ukraine in December successfully conducted tests of the coastal anti-ship missile complex "Neptun" (Neptune), capable of hitting targets at a range of up to 280 km. 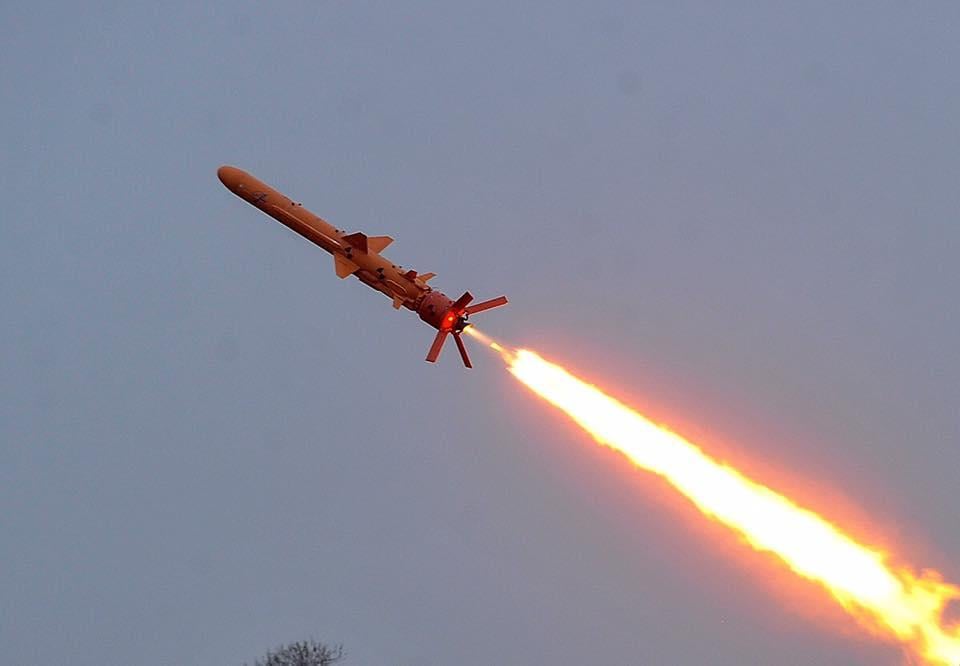 According to defense minister Stepan Poltorak, the completion of this weapon's development is one of the top priorities on the ministry's agenda.

“It must be mobile and have an opportunity to maneuver. We will thus be able to raise the level [of deterrence] and possibilities for preserving territorial integrity and our coastline intact,” the minister stressed.

In the spring of 2018, the Vilkha (Alder) artillery rocket system was successfully tested, which led to a decision to start serial production and accept the complex for service. Being a modernized version of the Smerch complex, the Vilkha boasts a strike range of about 70 km, allowing each of the rockets to be assigned a separate target. This is in line with the concept of modern warfare, where a smaller amount of ammunition destroys more targets. 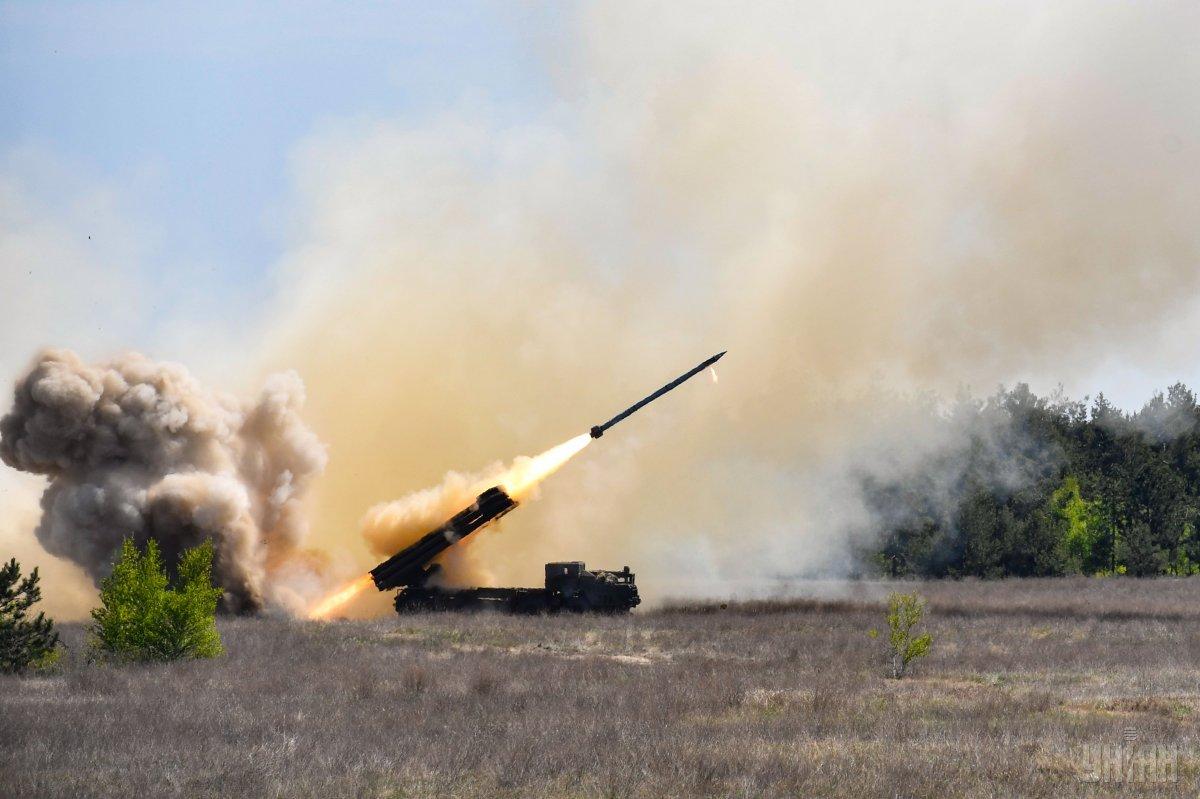 The Ministry of Economic Development and Trade stated that the implementation of the Vilkha ARS project and the launch of its mass production lines cost nearly UAH 1 billion.

“Progres Research and Production Complex last year announced readiness to begin tests and subsequent production of Kvitnyk (Flowerbed) 152mm precision-guided munitions, capable of a bulls-eye hit at a distance of up to 20 km. 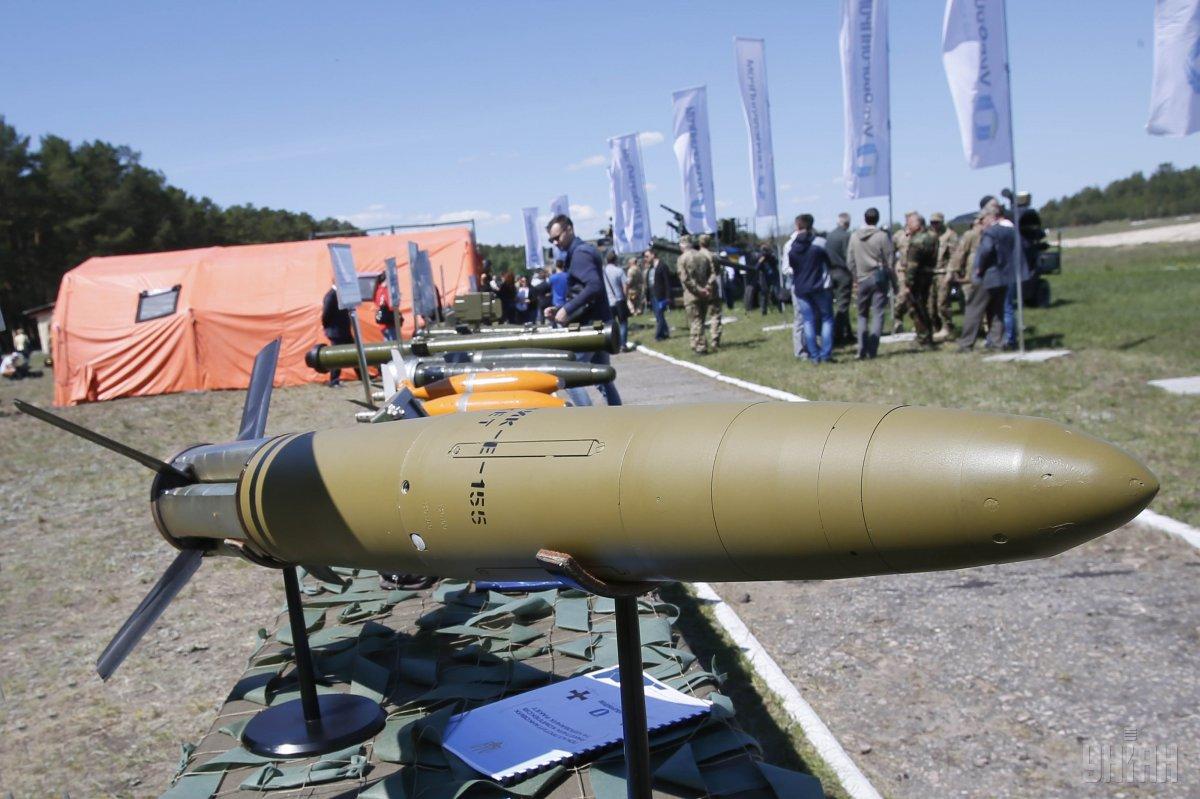 Director of Defense Express Information and Consulting Company, Serhiy Zgurets, emphasized an important fact that Ukraine does not focus on creating just a certain type of weapon, rather opting for developing new arms for various firing lines.

“We have a maximum range of a Neptun missile of up to 280 km, Vilkha is 70 km, then cannon artillery starts operating, like Kvitnyk that can hit targets at an up to 20 km range. Thus, at each firing line, we're creating our own weapon,” the expert told UNIAN.

He added that another important result of 2018 was the active work of the Pivdenne Design Bureau on creating the Sapsan operational tactical complex, which can wipe out targets at up to 500 km. The testing of various parts of the new system is underway.

In addition to the successful testing of various missile systems, the past year proved to be productive for the armored cluster of the state-owned Ukroboronprom Concern, whose enterprises handed over more than a 1,000 units of equipment and weapons to the Army – both new and modernized. 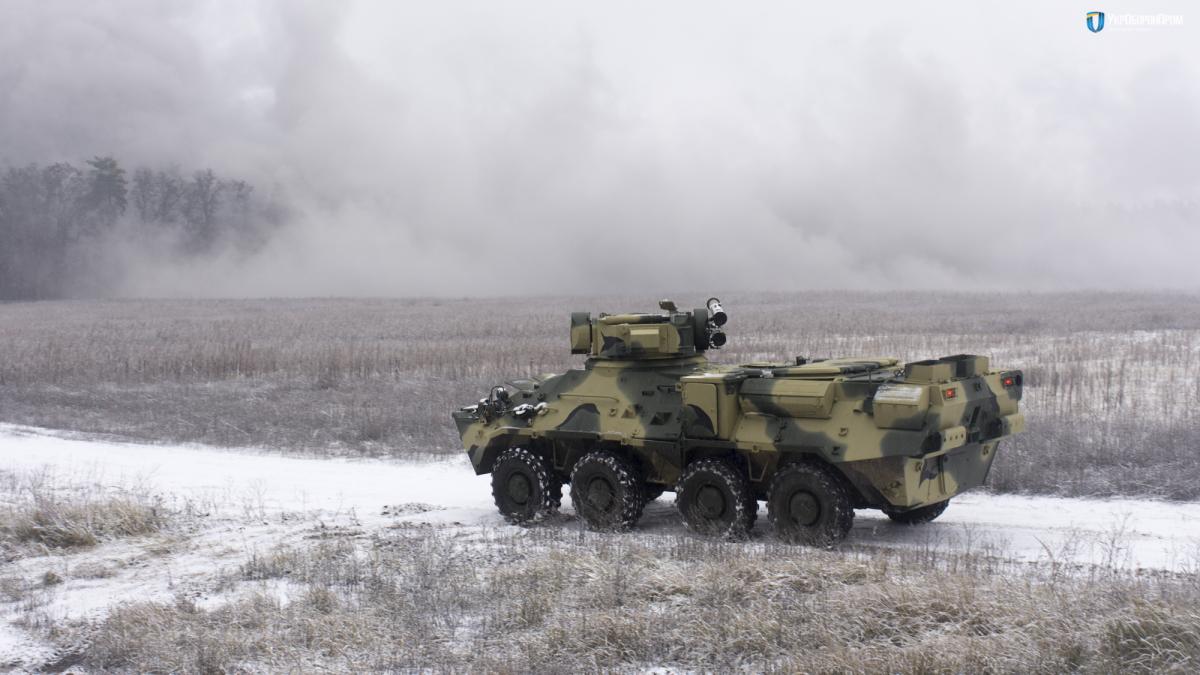 One of the main tasks of last year was to expand the production of hulls for BTR-3 and BTR-4 aromred personnel carriers, since previously, production of these machines was tied to one private company – the Lozovskyi Forge-echanical Plant. 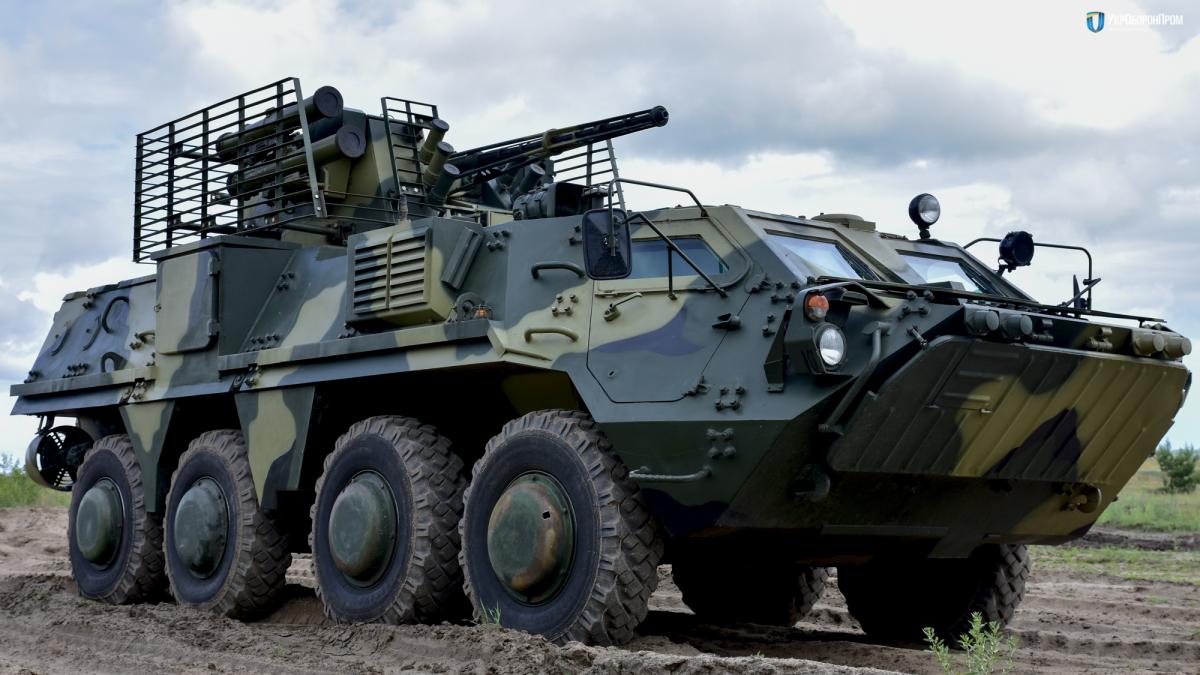 BTR-4 APC with hull made of new Ukrainian steel / Ukroboronpom

Now this limitation has been overcome, and work has begun on mastering the production of hulls at defense enterprises in Kharkiv and Kyiv. Throughout the year, the Malyshev Plant, Morozov Design Bureau, and Kyiv Armored Plant reported on the creation of the first experimental hulls for APCs in question. 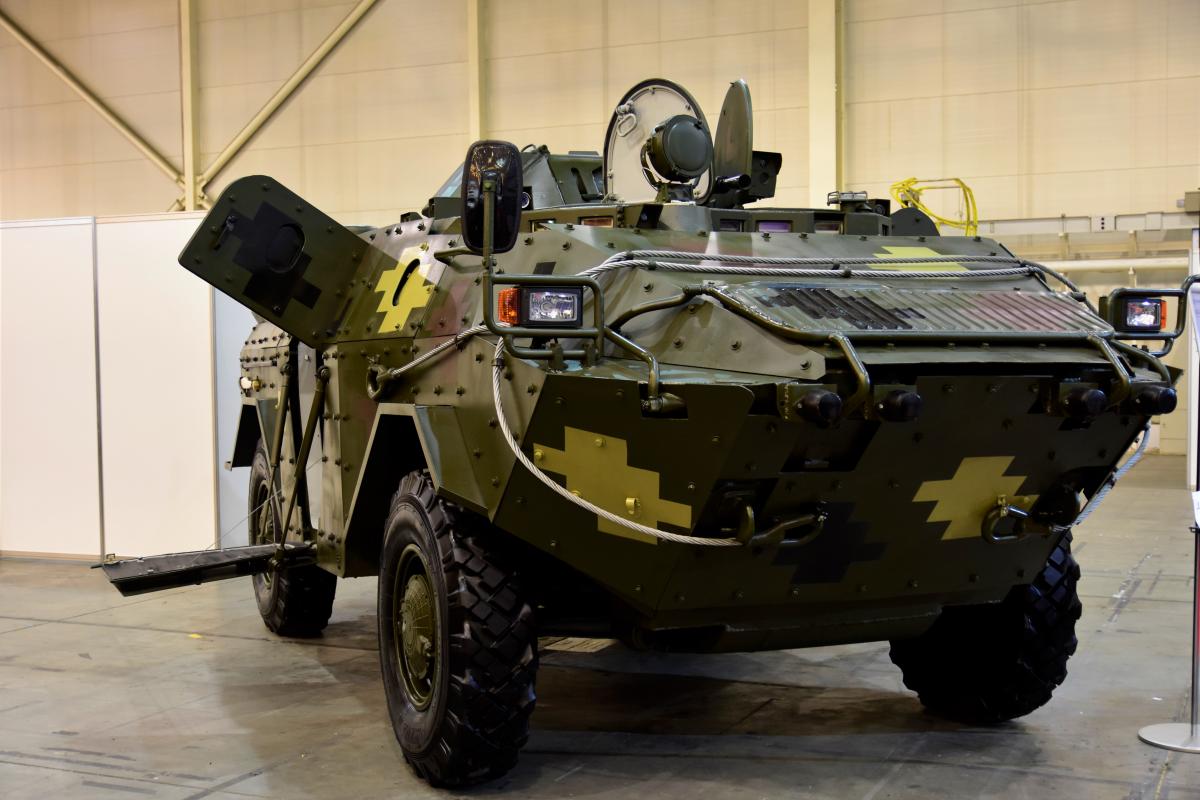 In 2018, defense enterprises stepped up efforts to restore aircraft and e-warfare equipment, extending their life period – all to enhance the country's air shield.

In early August, Serhiy Drozdov, Ukraine's Air Force Commander, reported that since the beginning of the year almost three dozen repaired and modernized aircraft had filed up the national fleet of military aircraft. 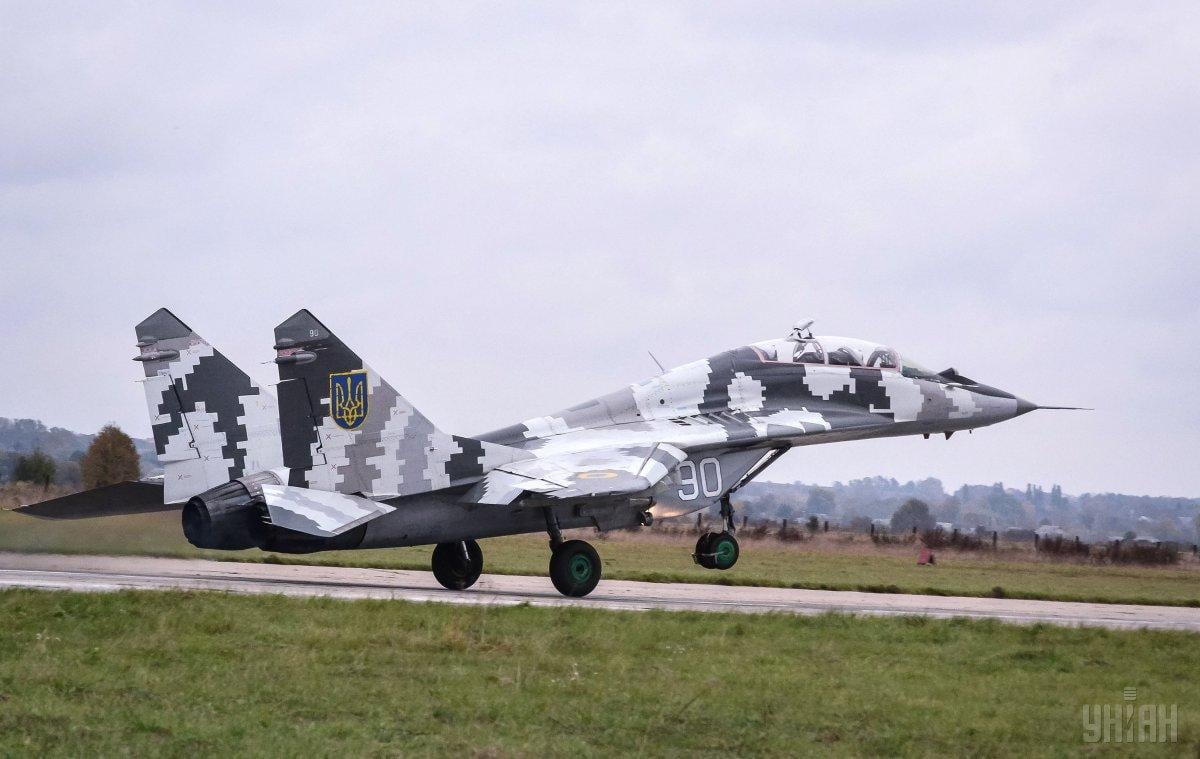 "We also have MiG-29 jets and heavy Su-27 fighters, they will also need to be replaced, because, according to my estimates, we have two or three years to decide what to do with the aircraft fleet,” said Serhiy Zgurets.

At the same time, the expert added that the Ministry of Defense and the Command of the Air Force had already decided on the requirements for the aircraft, which will be the basis of Ukraine's aviation fleet.

“This will not be the fifth generation fighter, it will be the aircraft we can afford, and now we need to decide how we will move along this path,” he said.

As for the development of air defense forces, in 2018, the efforts of the Kyiv-based Luch and Radioniks companies modernized the S-125M air defense system. All elements of this complex have been upgraded, including missiles.

Boosting the potential of Ukrainian signals intelligence and electronic warfare goes in several directions, in particular, the number of unmanned vehicles in the army is increasing to improve the accuracy of artillery strikes, as well as to enhance the effectiveness of various types of forces. Last year, Ukraine's defenders accepted for service at least seven dozen unmanned aerial vehicles of various types. 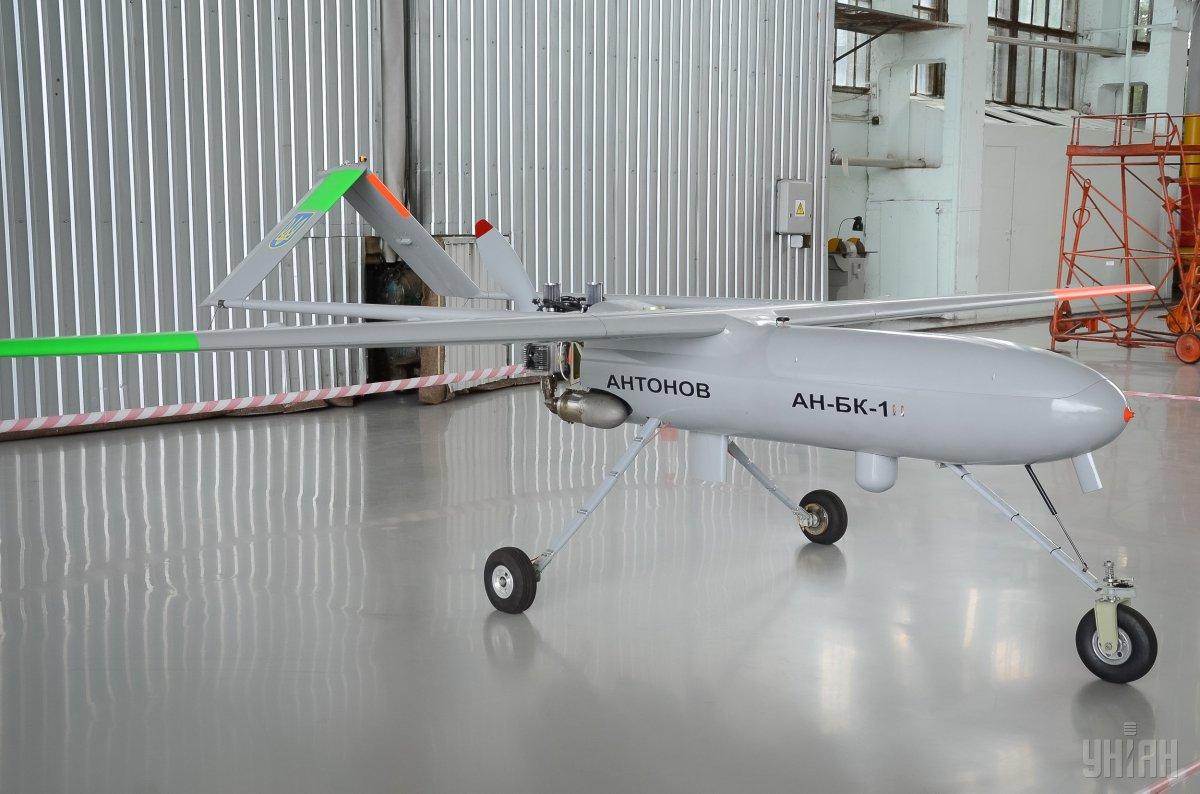 And now, experts say Army commanders will face the task of learning how to use the new equipment most effectively.

In 2018, the Ukrainian army and navy actively developed the capabilities of modern communications systems. In particular, the military received American radio stations Falcon III by Harris, as well as Turkish army radio stations capable of operating in the conditions of electronic countermeasures.

The Infozakhyst private enterprise created the Plastun systems, which monitor the enemy’s communications and promptly process the intercepted data. In 2018, the same company continued testing its newly-made Khortytsia-M SIGINT system, able to conduct complex radio monitoring on the ground.

What is important is that the military leadership demonstrates an understanding of the need to develop own electronic warfare equipment to confront Russia.

“We are still following the path of creating complexes for combating drones in the electronic warfare format, but unfortunately this is not enough, so we need to create more powerful e-warfare complexes. Here, I think, one can apply the positive experience of private companies,” said Zgurets. 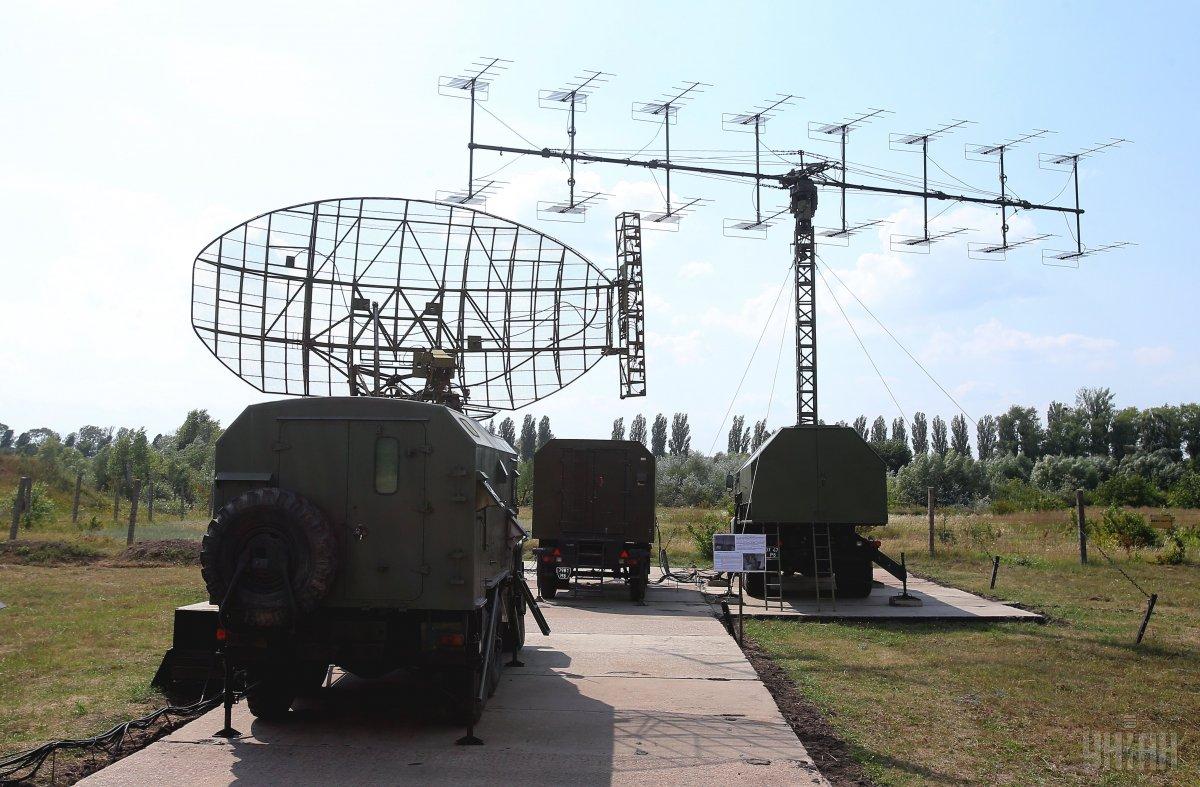 These were the main developments of the past year in the defense area. If we consider that the financial possibilities of the state budget of Ukraine and the state enterprises of the industry are quite limited, a lot has been done indeed. And this groundwork gives hope that the coming year will bring a lot of positive news, and our country will significantly strengthen its defenses and develop new military equipment, which will give new opportunities to our defenders and interest foreign partners.

As for the plans for 2019, at the meeting of the National Security and Defense Council of Ukraine, its Secretary, Oleksandr Turchynov, called the priority task creating missile and rocket systems, which would strengthen defenses of the country's coastline.