The past year for Ukrainian farmers was marked with a record-high harvest and the purchase of the largest and most problematic agricultural holding, while the government again showed its unwillingness to fairly distribute subsidies between small farmers and big market players.

Last year, Ukraine's agrarian sector, one of the key ones for the national economy, was remembered for a record-high grain harvest. According to the State Statistics Service, over the eleven months of 2018, it grew by 8% year-on-year. Most likely, this growth will prevail after the whole year's results are released.

The growth of agricultural output, not least of all, is due to the record grain crops, which Ukrainian farmers harvested despite early summer's adverse weather conditions. According to the Ministry of Agrarian Policy and Food, the grain harvest in 2018 totaled 70.2 million tonnes. The record figures were mainly due to late grains – maize, sunflower, and soybeans, whose gross harvest in 2018 also hit a record mark. The situation was not as good with the early grains, in particular, wheat, as its quality dropped significantly due to the prolonged rains in early summer. In general, thanks to a great harvest, experts predict that crop production in Ukraine will grow by 10.6% for 2018. The previous record was reported in 2016, at 64.2 million tonnes.

The larger harvest in 2018 contributed to an increase in supplies to foreign markets. According to the forecasts of the agrarian ministry, in the 2018-2019 marketing year (MY, July 2018 - June 2019), Ukrainian farmers will have exported a record 47.2 million tonnes of grains. As of the end of December, grain exports have already reached almost half of the target, that is, 23.1 million tonnes. The main markets for Ukrainian cereals are China, North Africa, Middle East, and Western Europe.

It is worth noting that the agrarians this year achieved a record harvest rather by chance – ambiguous weather conditions at the start of 2018 – so it’s too early to hope that the record will be broken this year.

At the same time, Ukrainian farmers increased their 2019 winter crops harvesting area by 160,000 hectares, to 8.2 million ha. At the same time, as of mid-October, 97% of the crops have already shown shoots. Now the harvest of the next year's grains depends on how successful the wintering conditions will be. In the meantime, the agrarian ministry says most of the winter grain crops are in good condition.

Another figure that best explains the leading positions of the agricultural sector is the foreign currency earnings from agriexports. In January-November 2018 alone, they amounted to over $17 billion. This is by $621.4 million higher y-o-y. The ministry is sure that the final 2018 figures could see agriexports rise to a record $18 billion.

In December 2018, the Verkhovna Rada, Ukraine's Parliament, for the eleventh time prolonged the moratorium on farmland sales – a scheme that seems to have become traditional over the past years. And this is despite the fact that throughout 2018, an active information campaign has been calling for the introduction of an open agricultural land market, somewhat shaking the skepticism of its opponents. However, 231 MPs voted to extend the ban. 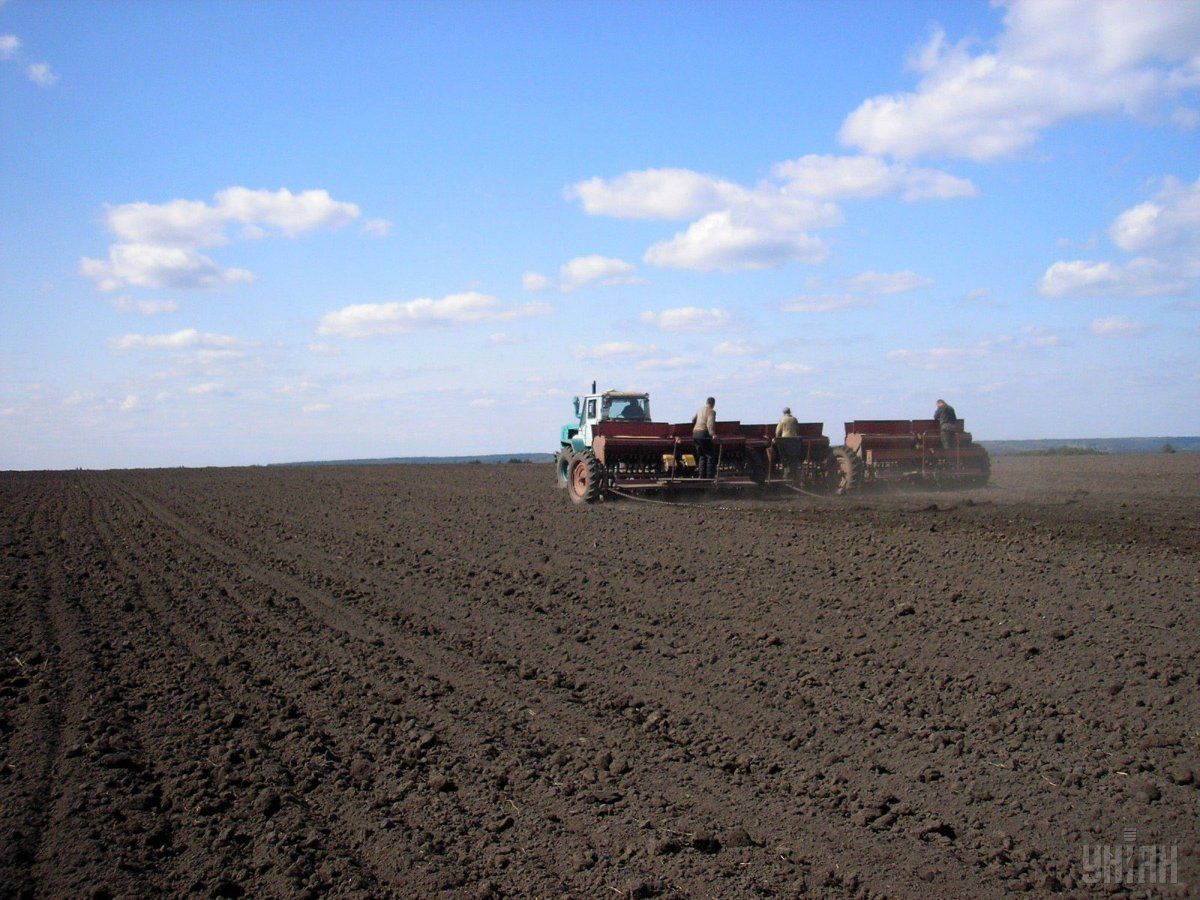 So, Ukraine has postponed for at least another 12 months the launch of the open land market, although everyone agreed that the moratorium should be lifted as an archaic and outdated measure. The World Bank said the opening of the land market would increase GDP growth to 1.5% annually.

The trouble is that the government and the parties of interest – first of all, medium and small businesses – have not agreed on the terms and conditions, as well as restrictions for the open land market's operations. While most of the market participants point out among their main conditions the ban on the purchase of Ukrainian farmland by foreigners, it is proposed to impose a limit on the number of hectares purchased in order to avoid the concentration of arable land in the hands of several large landowners and create acceptable lending conditions so that farmers had the opportunity to actually buy this land.

Besides, every political force is trying to gain own benefits around the issue. And it is precisely because of these differences that Ukraine has not been able to get an open land market for many years already. At the same time, lawyers point out that in the current situation, there was even no real sense in prolonging the moratorium as it will remain in place until the law on farmland circulation is adopted. However, in 2018, the authorities decided to stick to the sane scheme, ostensibly to avoid social tensions.

In addition to the record harvest, the past year was also marked by the largest investment transaction in the agricultural sector in the entire history of Ukraine's independence. Saudi Agricultural & Livestock Investment Co., a subsidiary of the Fund with the same name, bought one of the largest Ukrainian agricultural holdings, Mriya.

This agricultural holding created by the Hut family was not only among the ten largest agricultural enterprises in terms of the size of a land bank, but also one of the most problematic ones in Ukraine. The fact is that back in August 2014, its former parent company defaulted over a $1.1 billion debt. From February 2015, its lenders – mostly European and American investors – decided to take control of its assets. They did not allow the company to go bankrupt be sold to pay off debts after the default. By the way, at that time, experts claim Mriya owned assets worth  $150 million and accumulated debts worth $1.3 billion.

Suddenly, by the end of August, came a sensation news - Mriya is being purchased by Salic, a subsidiary company of the Saudi Agricultural and Livestock Investment Company. 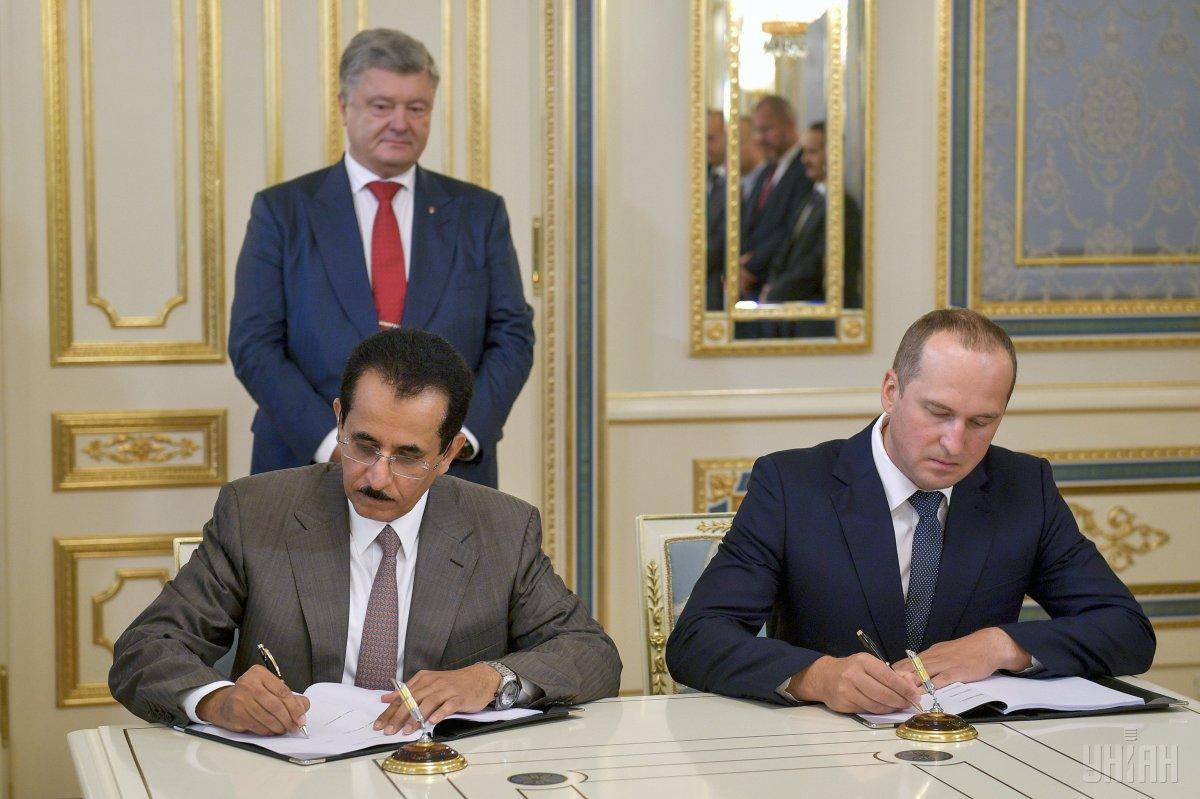 At the same time, it became known that the purchase became possible after the lenders and the management of Mriya, with the active support of Rothschild & Co and Ukraine's ICU, managed to mysteriously reduce the company's debt load from $1.1 billion to $303 million.

Although experts named purchase of Mriya one of the largest and most successful deals in the agricultural sector, it still raises a lot of questions.

First of all, how much the Saudis actually paid for the holding that has debts worth $300 million? Officially, no one in Ukraine named the final price. The Financial Times reported that Mriya cost Saudi investors $242 million. They promised to invest another $150 million in modernization and development.

But the biggest blind spots are around the question of who actually bought the holding, whose 150,000 hectares of land are scattered in six regions – Ternopil, Khmelnytsky, Chernivtsi, Ivano-Frankivsk, Lviv, and Rivne.

According to the official version, it was the investors from Saudi Arabia. But a few facts in this story are rather interesting. Firstly, it's participation in the restructuring of two investment bankers very close to President Poroshenko: Managing Director of Rothschild & Co Giovanni Salvetti (also known for managing Petro Poroshenko's Roshen in a blind trust) and Makar Paseniuk, co-owner of ICU, whom some journalists brand Poroshenko's "financial shadow."

Secondly, the deal itself was sealed under the patronage of President Poroshenko. The contract was signed at the Presidential Administration while the ceremony was personally attended by the president.

And thirdly, the deal was very quickly approved by all national agencies, including the Anti-Monopoly Committee.

Anyway the buyer announced that by the end of 2019, they intend to merge the agricultural holding with another Ukrainian plant growing company, CFG, that had been purchased earlier.

By the way, Ukraine’s cooperation with Saudi Arabia in the field of agriculture is indeed successful. According to the Ministry of Agrarian Policy and Food, in January-September 2018 alone, exports of Ukrainian products to the market of Saudi Arabia grew by 17%, amounting to $362.9 million.

In the past year, things didn't go too smooth were with state support for the Ukrainian agrarian sector. At the end of last year, the agrarian ministry was hit by a barrage of criticism over its inability to fairly distribute subsidies between agricultural holdings and small and medium agricultural businesses. At the same time, all market participants criticized the existing system of state support of the agrarian sector – both SMBs, public organizations protecting their interests, and even some large businesses.

The thing is that in 2018, out of more than 6 billion subsidized funds, only nearly 30% were used, and moreover, one agriholding, Yuriy Kosiuk's MHP, received their lion's share. At the same time, small and medium businesses simply could not use subsidies because the application procedure is too complicated. 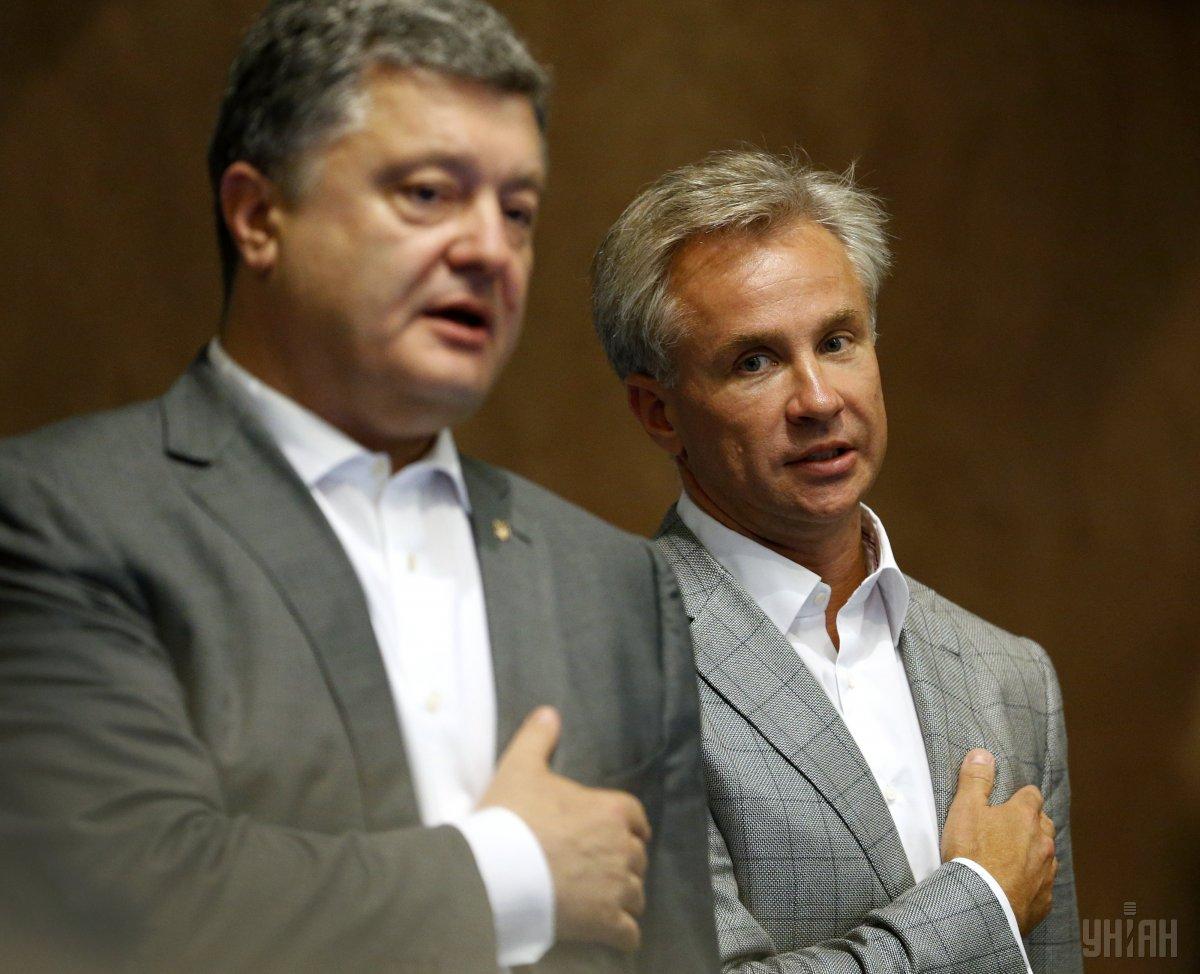 Such a radical step was caused by the fact that, the associations had previously six times appealed to the government to simplify the mechanism of subsidies distribution to make them accessible to medium and small businesses. However, their appeals had fallen on deaf ears.

Experts suggest that the government has deliberately built a system of grants in such a way that the funds fail to reach small and medium businesses. For SMBs to use these subsidies, the mechanism for their provision should be simple. But most importantly, farmers want affordable lending at reasonable interest.

Meanwhile, the ministry sees no problems with the distribution state assistance, at all. In 2019, the authorities decided not to change anything, leaving the assistance system in the same form – with all of its mistakes and shortcomings, at the same time adding two more subsidy programs. And they, too, are aimed to help large businesses.

In addition, for 2019, the amount of state support for the agrarian complex was reduced from 5.9 billion to UAH 5.7 billion, which violates the norm of the Budget Code adopted after the abolition of the special VAT regime on paying agricultural producers 1% of agricultural GDP.

Old tasks in the new year

The coming year promises to be just as intense and full of new achievements.

And although we should not expect in 2019 a new record in the grain harvest, Ukrainian agricultural producers continue working on increasing exports. However, this depends on how they solve logistics problems, which experts say have become a major sore spot of the Ukrainian agricultural sector. The adoption of the law on the allowing private freight services on rail could significantly contribute to resolving the issue.

Another problem the Ukrainian farmers will have to address in 2019 is a shortage of fertilizers and their high cost. Fertilizers have for years remained the main expenditure burden during the spring sowing campaign.

In the coming year, the State Consumer Food Service, together with the Ministry of Agrarian Policy and Food, intends to work on opening new markets for Ukrainian agricultural products. The Service noted that Ukraine expected the opening in the next two years of another 24 markets.

At the same time, the expansion of Ukrainian goods across global markets will also contribute to the growth of the national economy, as well as boost investment in the country's agricultural sector.