In 2018, Ukraine allocated a record $40 billion for road repairs, which made it possible to drastically increase the volume of road construction and maintenance works throughout the country. In parallel lines, the railroad operator began an upgrade of its fleet, while Ukraine completed the largest infrastructure project of the decade, the Beskydy tunnel in the Carpathians.

This was due to a UAH 40 billion funding that came from huge deductions of taxes from the purchase of petroleum products. For several years, about 60% in the cost of one liter of gasoline or diesel accounted for taxes. All these contributions go to the newly-created Road Fund.

Along with the adoption of the road fund law, legislators also green-lighted another important reform –decentralization at Ukravtodor, the state-owned road repair company. From January 1, 2018, its area of responsibility was cut to just 50,000 km of the country's roads, while the remaining 120,000 km was transferred to local authorities. Together with the roads, regional state administrations received financial resources for their modernization. It's about 35% of the Road Fund's revenues. All of this allowed significantly increasing the volume of road repairs across the country.

"From Kyiv to Madrid"

“For the first time in 2018, the Road Fund was launched, decentralization of Ukravtodor took place, while we repaired a record number of roads. In fact, there is no region where repairs were not carried out. In 2018, some 3,800 km was repaired – the distance similar to that from Kyiv to Madrid – and over the four years after the Maidan, more than 7,300 km of roads was repaired,” said Minister of Infrastructure of Ukraine, Volodymyr Omelian.

Speaking about money, UAH 1.6 billion was spent on the overhaul of the strategically important highway Kyiv - Kharkiv - Dovzhansky. Over UAH 4 billion went on the “Go Highway” transport corridor, which is to connect the Baltics and the Black Sea. About UAH 1 billion was allocated for the Zhytomyr – Chernivtsi road, and another UAH 2 billion – on roads connecting  Kharkiv  and Okhtyrka as well as Dnipro and Reshetylivka.

In addition, last year, a new section was built on a bypass road near the town of Znamenka in Kirovohrad region. Also, repair work was in full swing on the roads in Vinnytsia, Cherkasy, Lviv, and Khmelnitsky regions. 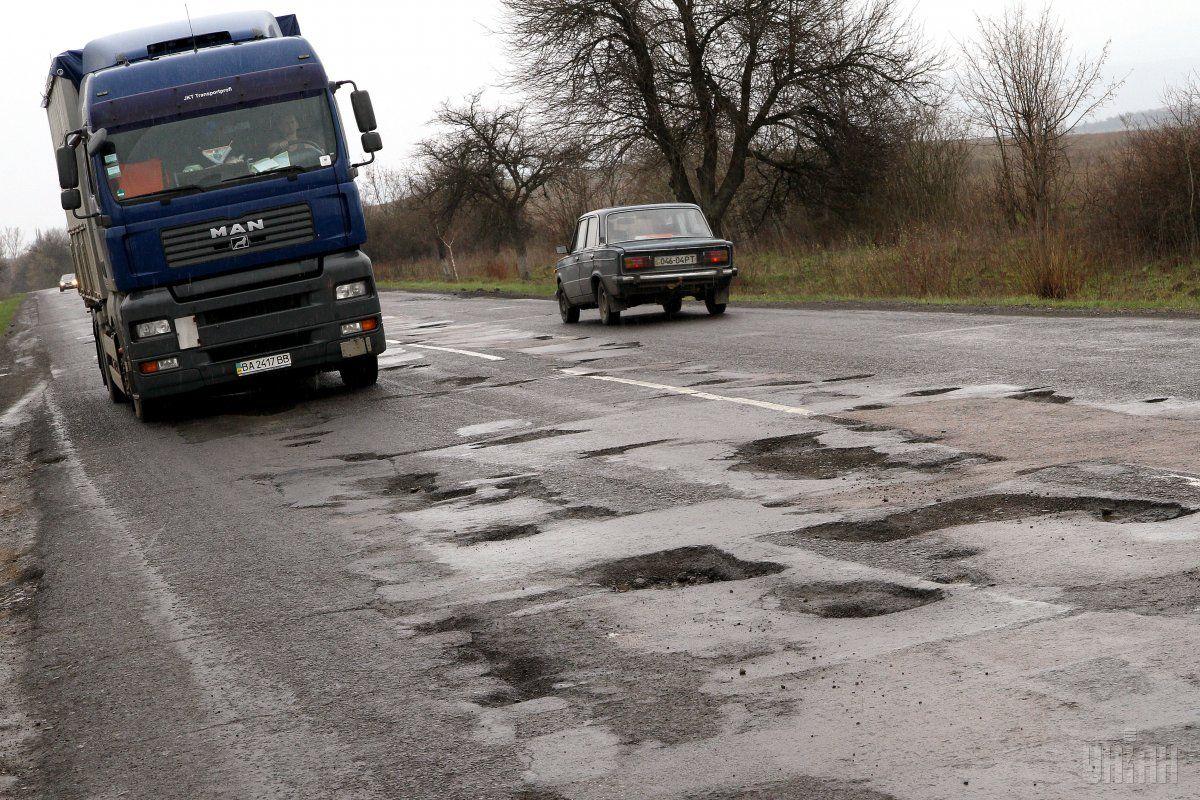 However, despite the available powerful financial resource, the works didn't always go smooth. The worst figures in road repairs in 2018 were recorded in Luhansk, Mykolayiv, Ternopil, and Odesa regions. Prime Minister Volodymyr Groysman has even repeatedly threatened local administrations with personnel reshuffles if they didn't catch up.

In addition to capital construction, road workers continued to patch the pits. “Given the large volumes of damage to roads of state importance, it is still impossible to completely abandon emergency (patching) repair. For a few more years, such repair will be a necessity, because it is a necessary measure to ensure continued traffic on roads,” Ukravtodor told UNIAN.

According to Ukravtodor, in 2019 even more money will be provided for repair and maintenance of all roads – almost UAH 56 billion. Of these, UAH 20 billion will be spent on the construction, reconstruction, and repair of roads of state importance.

In addition, this year it is planned to overhaul a 80km-long section of the Kyiv – Kipti (Chernihiv region) highway for the EBRD and EIB loan funds, as well as use the EBRD money to complete the first phase of the construction of a Poltava roundabout, and other projects.

It is worth noting that in 2018, only 50% of tax revenues was sent to the Road Fund, while in 2019 it is planned to send 75%, or about UAH 50 billion, and 100% (UAH 65-70 billion) in 2020. This means that, with every year, road repair funding is going up, so the major arguments of local officials claiming constant shortage of funds for road repairs must become history.

While the changes in the road sector are really noticeable, Ukrzaliznytsia, the country's state-owned railway operator which had started reforming in late 2015, had not shown any real advance on their reform path. Throughout the year, a working group with the participation of central executive bodies and international experts worked hard on an important document – Ukrzaliznytsia's corporate governance action plan, which was approved by the government only in late December. In this regard, all reformist moves by Ukrzaliznytsia last year remained pretty much chaotic. 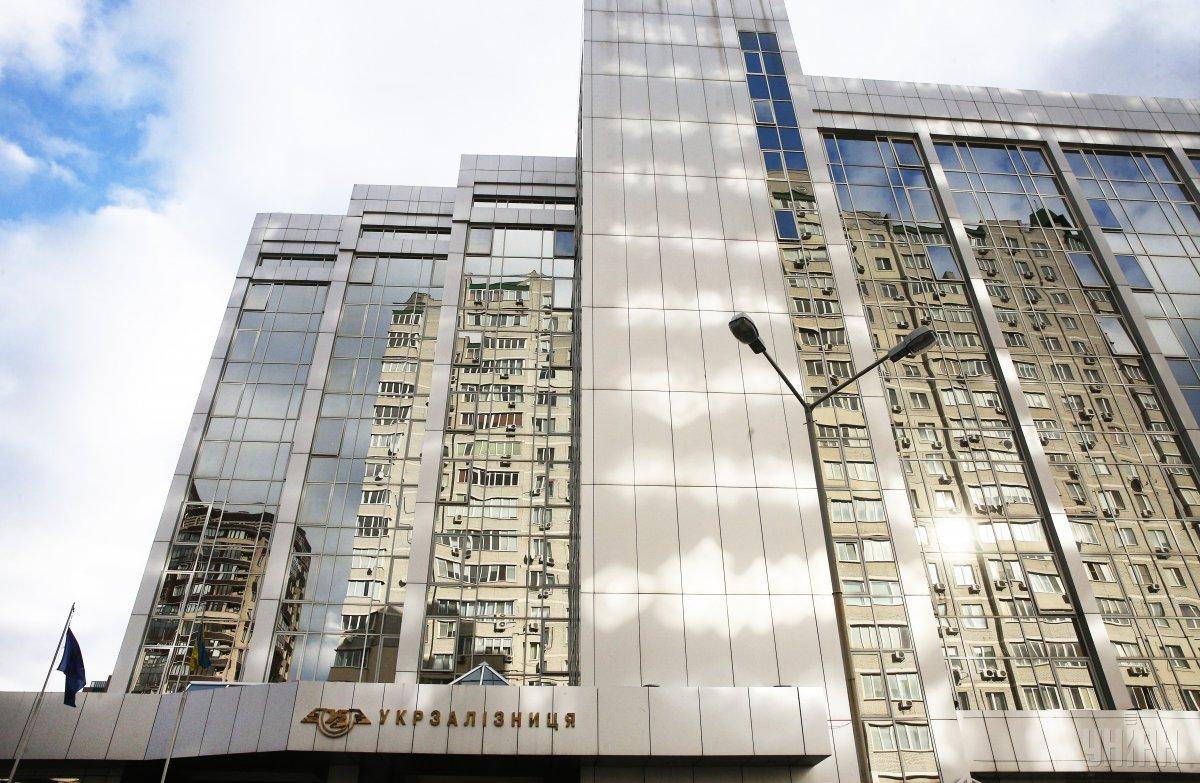 The situation with the reform of the state-owned company was aggravated by the failed vote in the Verkhovna Rada of the railway transport bill, which would make the railway transportation market competitive. Thus, Ukraine again postponed introduction of private operators for an indefinite period. Moreover, criminal investigations into corruption at Ukrzaliznytsia involving some affiliated MPs, initialted in 2017, have sunk into oblivion, despite public appeals by the Ministry of Infrastructure to report on the results of such probes.

Nevertheless, Ukrzaliznytsia, at the very least, dealt with resolving the ever-lasting problem of rolling stock shortages. Thus, for the first time in the last 10 years, Ukrzaliznytsia has signed an important contract for the supply of 54 new passenger cars from the Krukovka Carriage Works.

In addition, railroad workers have overhauled 118 passenger cars, a record for the last eight years, thanks to which their lifespan has been extended by 14 years. Such steps allowed Ukrzaliznytsia to increase passenger traffic in 2018 by almost 8%, to 56 million people. 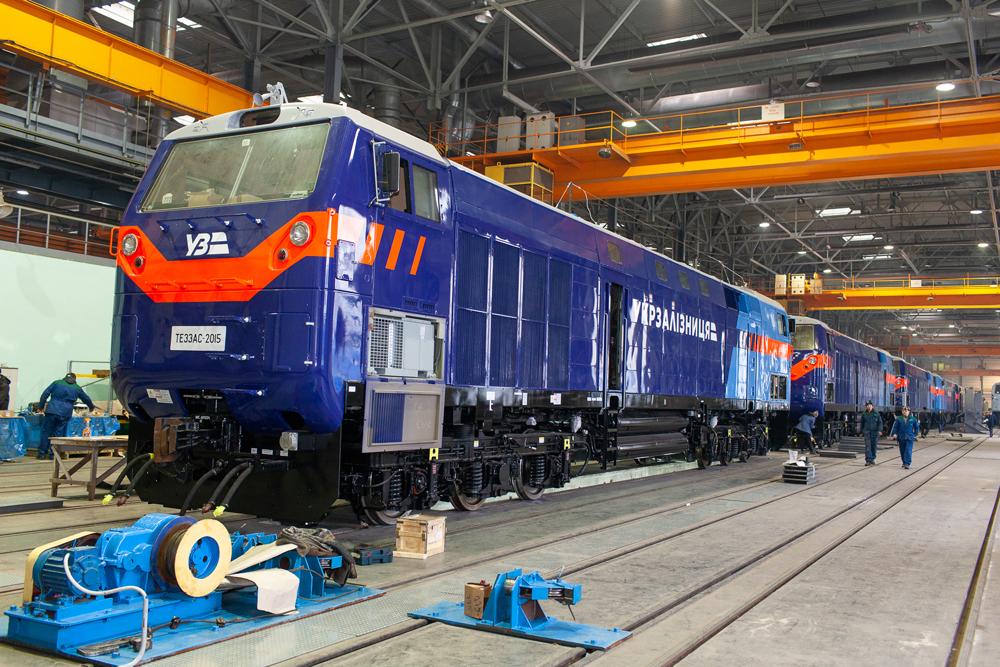 Great prospects are seen following the signing of a framework agreement with General Electric for the supply to Ukrzaliznytsia of up to 225 locomotives with localization of production in Ukraine of up to 40% in the amount of $1 billion.

This deal provides for a fifteen-year partnership, within which the modernization of Ukrainian locomotives, the delivery of American ones, and their servicing will be carried out. In 2018, a total of 20 American locomotives arrived in Ukraine, while another 10 are expected to be delivered in 2019.

In addition, in 2018, Ukrzaliznytsia and the European Bank for Reconstruction and Development signed an agreement to extend a $150 million loan for the purchase of up to 6,500 open freight railcars.

The largest infrastructure project of the decade launched in May last year, the 1.6km-long Beskydy tunnel connecting Ukraine with the European Union, opens up new horizons for Ukraine. The tunnel is of strategic importance for the country, since it accounts for 40% of transit cargo in the direction of Western and Central Europe. The volume of investments in its four-year construction with participation of Ukraine, the EBRD, and the European Investment Bank, reached almost UAH 3 billion.

This tunnel replaced the previously existing one, which was in an almost emergency condition and allowed passage of about 50 train pairs at a speed of 40 km/h per day, while the new facility has a capacity of about 100 train pairs that can reach speeds of 60 km/h.

Another important project implemented this year was the Kyiv Boryspil Express railbus express between the Kyiv Railway Station and the Boryspil International Airport. It took Ukrzaliznytsia nine months to complete the project worth UAH 480 million, at the expense of own funds, whereas previously the line was estimated at UAH 11 billion. The new railbus operates around the clock. Passengers may board the railbus either at the Kyiv Railway Station or the Darnytsia station. It takes just 35 minutes to get to Kyiv from the airport at a price of UAH 80 (under $3)

Despite some shortcomings of the project on part of Ukrzaliznytsia and a few instances where a railbus broke down in the first days of its operation, passengers gained another convenient option of getting to the airport, while Ukraine showed it was able, in practice, to implement large infrastructure projects. 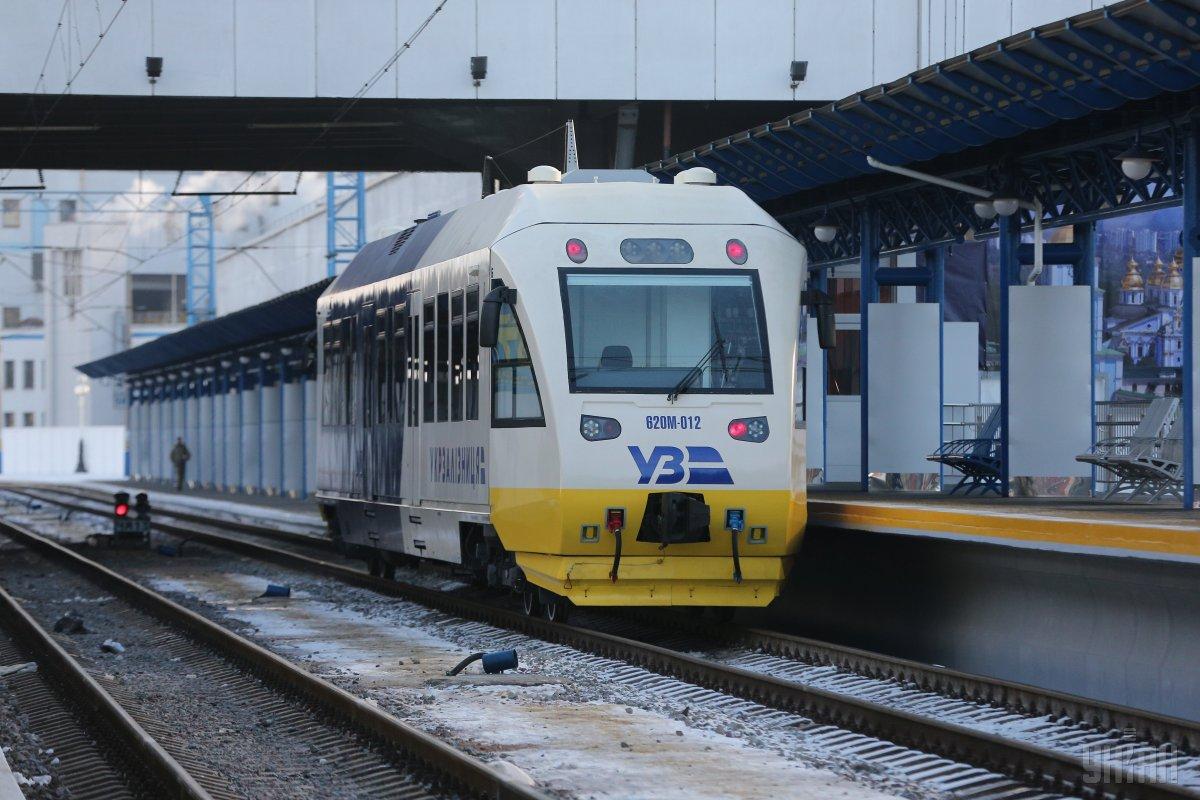 In addition to the implementation of these projects, in the past year, due to the increasing demand, Ukrzaliznytsia expanded the network of international routes to European countries. In particular, it's the new trains "Mukachevo - Budapest," Lviv-Peremyshl," and the "Four Capitals" train on the route Kyiv - Minsk - Vilnius - Riga.

As for the plans for the current year, the company intends to launch a direct railway connection with Slovakia, the Czech Republic, and other EU countries.

Also in 2019, Ukrzaliznytsia plans to acquire about 9,700 units of railcars for almost UAH 15 billion (both own and attracted funds). In particular, part of the funds will go to the purchase of 46 and modernization of 78 passenger cars.

Meanwhile, in the coming years, according to the acting head of the company, Yevhen Kravtsov, Ukrzaliznytsia will urgently need government support to upgrade its passenger fleet.

“In order to preserve traffic volumes, we must annually renew the passenger car fleet by at least 200 units. Unfortunately, due to low tariffs and unprofitability of these transportations, we need state support on this issue, namely in the allocation of state budget funds for the purchase of passenger cars, as provided for by the law on railway transport," said Kravtsov.

While this year's state budget didn't provide funds for these purposes, Ukrzaliznytsia traditionally resorted to the simplest way to solve the issue by increasing tariffs. In 2019, the national carrier seeks to raise passenger ticket prices by 12% twice from April and from October. In addition, the state-owned company intends to quarterly revise upward tariffs for cargo shipping.

Hope remains that the funds from the tariff increase will actually go to modernizing trains, not to the banal kickbacks during tenders and other types of corruption, causing Ukrzaliznytsia annual losses worth a stunning UAH 15 billion.

However, corruption could be flourishing as the company management, while receiving the highest salary across Ukraine, seems to get away with anything. Incidentally, the supervisory board formed in 2018 intends to make Kravtsov a full-fledged CEO, without a proper competition for the top post.