The government struck back at the regional gas distribution companies, reducing consumption rates for Ukrainians and speeding up the installation of meters; the National Bank retained the GDP growth forecast; while the leaders of the transport industry announced this year's priority tasks – these are the key economic news of the past week.

The government decided to finally intervene in the situation with inflated gas bills Ukrainians had been receiving over the past few months. The Cabinet of Ministers set the gas consumption rate per person for households where an individual gas meter has not been installed at the level of 3.29 cubic meters. Moreover, this rule will act retroactively – from August 9, 2018.

The reason for such decision is very simple. The thing is that the government reduced gas consumption rate for household consumers, who do not have meters, back in the late summer of 2017, but "gas oligarchs" were not happy about it and managed to have that decision annulled in court. Moreover, the court for some reason returned the high Soviet-era rates. As a result, individual consumers started receiving huge bills with debts "accumulated" over previous periods.

In January, the state-owned Naftogaz of Ukraine, which had repeatedly stated that the supercharges by the regional gas companies, many of which belong to oligarch Dmytro Firtash, were illegitimate, called on Ukrainians to send photos of their payment receipts for those overcharging bills.

And at a government meeting on Wednesday, Prime Minister Volodymyr Groysman urged Ukrainians not to pay at inflated gas consumption rates, stating that "people should pay a fair amount."

However, this does not mean at all that Ukrainians who have no gas meters can now fell totally safe. Naftogaz CEO Andriy Kobolyev admitted that gas distribution companies could once again challenge in courts gas consumption rates for households that the Cabinet of Ministers has lowered. 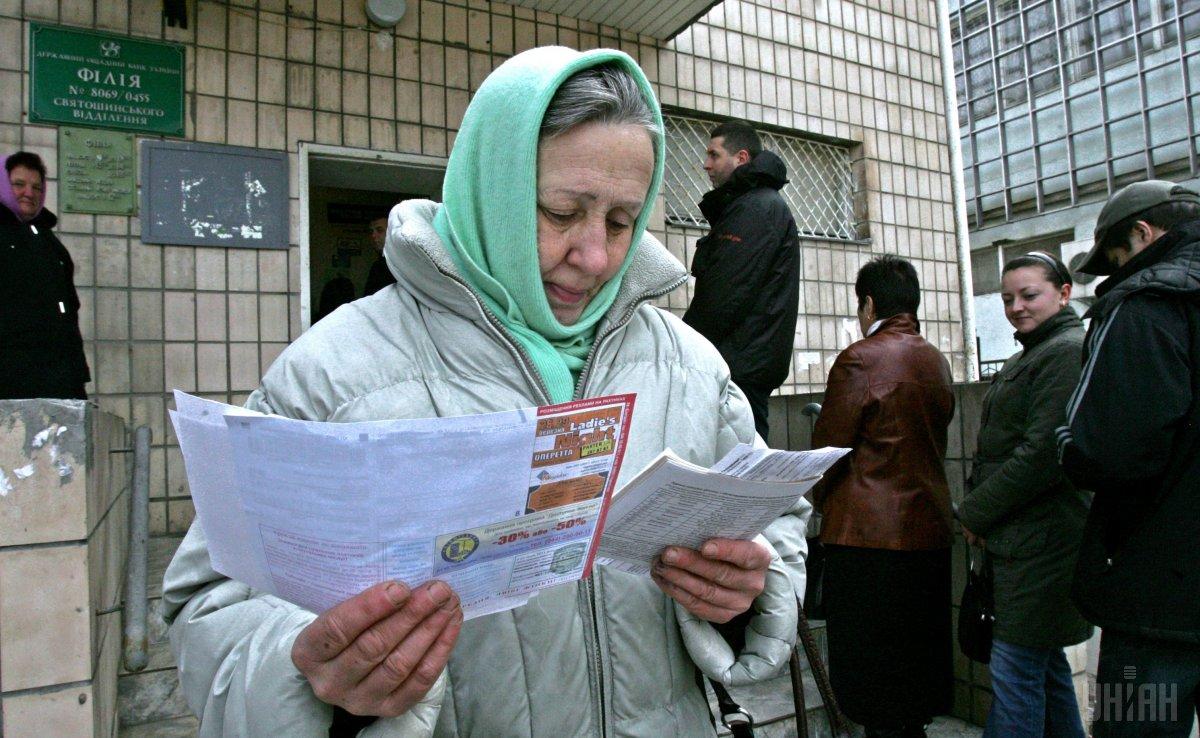 “We hope that the decree will be able to resist the legal pressure of regional gas companies – private firms mostly controlled by Mr. Firtash,” he said.

On the same day, the Antimonopoly Committee also responded to the hot topic. They promised to inspect the regional gas industry into numerous complaints from household consumers, and in the case of violations, threatened distributors with "measures provided by law."

Also, along with a decrease in gas consumption rates, the government decided to accelerate the pace of providing citizens with gas meters, ordering Naftogaz to deal with it. After all, the regional gas companies, initially entrusted to do so in mid-2016, are in no rush. If this were done, then the question of excessive rates would have long disappeared. Now, Prime Minister Groysman demanded that the meters be installed as soon as possible.

Minister of Energy and Coal Industry Ihor Nasalik believes that the decision could cost Naftogaz an additional UAH 2.5 billion, since about 3.3 million consumers still have no meters. According to him, Naftogaz is capable of installing 400,000-500,000 meters each month. 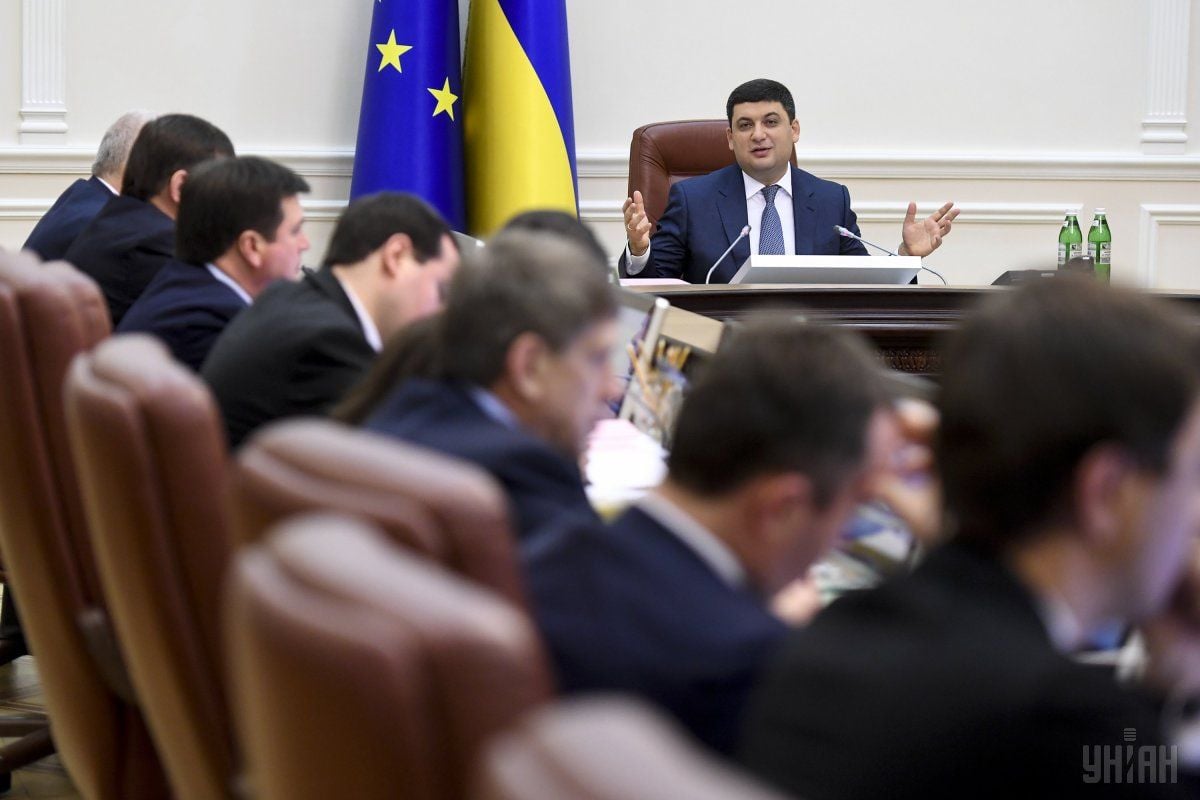 In addition to gas issues, the Cabinet last week continued the process of digitalization that had begun several years ago, approving an action plan for the implementation of the Concept for the development of electronic services in Ukraine for 2019-2020.

“Today we have 118 services. Our goal for 2019 is another fifty electronic services,” said PM Groysman.

The head of government called one of his Cabinet's priorities of his Cabinet creating throughout the country a system of transparent offices, where citizens could receive e-services.

The implementation of “digital” services shall be handled by the State E-Government Agency. One of the most progressive developments should become e-registration of drivers' licenses.

“Services with the highest social demand and anti-corruption influence will be selected. In particular, these services will relate to the production of medicines, drainage, construction, registration of drivers' licenses,” Oleksiy Ryzhenko, the agency head, told a government meeting while presenting electronic services to be introduced in 2019.

In addition, the State Agency in 2019 plans to add to the single electronic document management system a few hundred public bodies, while today, the number of agencies already using the system is over 670. 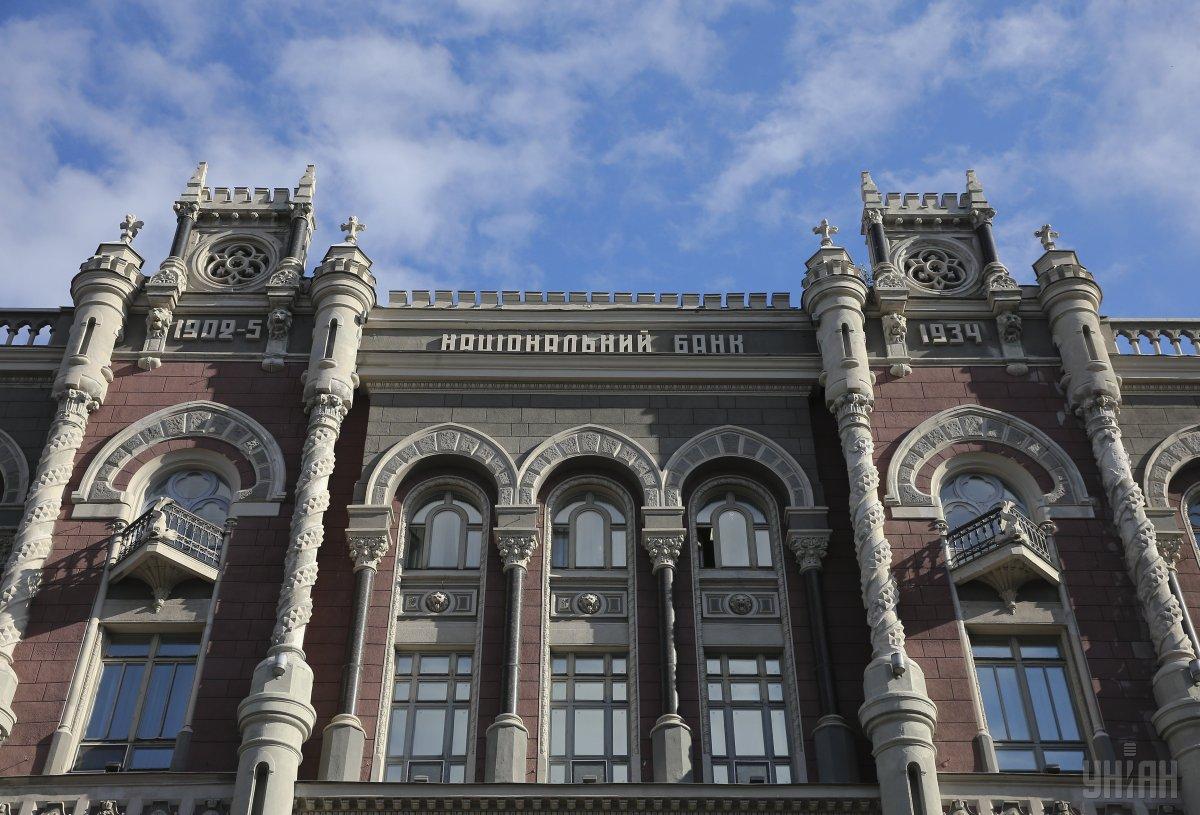 In the past week, the National Bank shared optimism about the future of the Ukrainian economy. The regulator has kept the forecast of GDP growth in 2019 at the level of 2.5%. In 2020, the National Bank expects the economy to grow by 2.9% with 5% inflation.

Experts agree with this opinion. “Next year we expect growth to slow down to 2.5%, since the comparison base is higher, primarily in agriculture,” said Dragon Capital CEO Tomas Fiala. According to him, after growing by 8% last year, this year agriculture could fall by 2.8%.

However, not everyone agrees with this forecast. Thus, the Cabinet of Ministers predicts Ukraine’s GDP growth by 3% in 2019, the International Monetary Fund – by 2.7%, and the World Bank – by 2.9%.

With regard to inflation, NBU expectations vary from those voiced by experts. The National Bank believes that inflation at the end of the year will be 6.3%. At the same time, Fiala is sure that the figure will be slightly higher: “We expect inflation this year at 7.5%, next year – at 6%”. He also predicted that the key rate will be reduced. “Economists expect it to drop by 2-3 percentage points by the end of the year. Most likely, this will happen only in the second half of the year,” noted Fiala.

The National Bank has also improved the forecast of international reserves at the end of 2019 from $18.6 billion to $20.6 billion. Also, the central bank predicts the receipt in 2019 of $2 billion from the issue of eurobonds.

“According to our forecasts, this year the Ministry of Finance will place eurobonds worth $2 billion,” said Deputy Head of the NBU Dmytro Solohub. At the same time, he recalled that this year the second tranche of macro-financial assistance from the European Union and the remainder of the World Bank guarantee should be received. In addition, a key creditor, the International Monetary Fund, will help replenish our country's currency reserves. The National Bank expects to receive from the IMF this year two tranches worth $2.5 billion," acting NBU Governor Kateryna Rozhkova told a press conference.

“We hope that Ukraine will fulfill all its commitments, and this year we will get a total of $2.5 billion, which we expect to receive in two in tranches in May and November," the acting NBU chief said.

The regulator also expects to attract from labor migrants. This is an impressive amount – in 2018 it was about $11 billion. Meanwhile, the National Bank predicted a 50% reduction in revenues from gas transit by if Russia launches gas pipelines bypassing Ukraine. Today, these revenues amount to $3 billion. 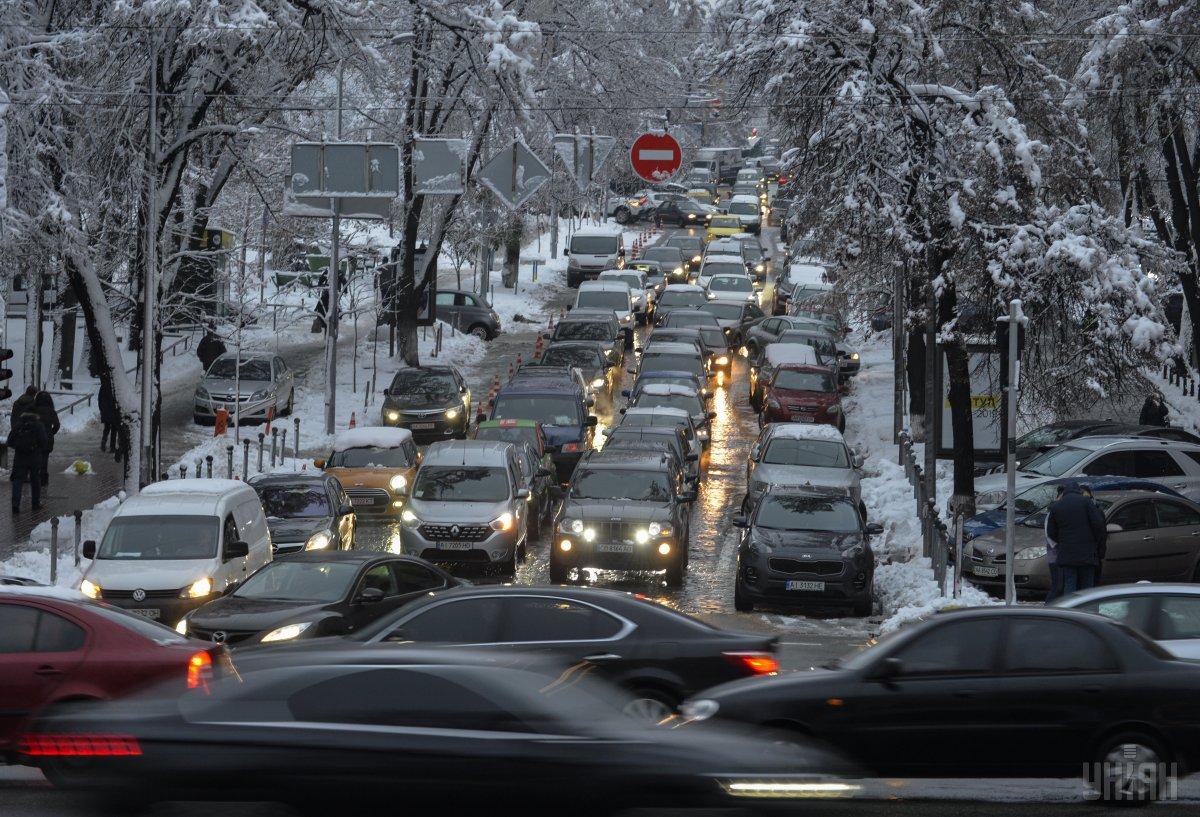 In the outgoing week, top infrastructure officials in Ukraine announced their plans for 2019.

Head of Ukravtodor road maintenance SOE Slawomir Novak said that more than UAH 50 billion will be allocated to the road sector to repair both local and state roads. He clarified that the priority will be the roads located in the transport corridor between the Baltic and Black Seas, the Go Highway Project, set to connect the Black Sea ports of Mykolayiv, Kherson, and Odesa with those in the Baltic and North Seas. This year, it is planned to repair more than 108 kilometers of the transport corridor (from Lviv to Uman).

Ukravtodor is also set to begin construction of a bridge over the Khadzhibey estuary, where the works were frozen in 2008. According to Novak, repair of the Dnipro-Reshetylivka, Mykolayiv-Kropyvnytskyi, and Odesa-Reni roads with a new detour of Reni, Zaporizhia-Mariupol, and Pavlohrad-Lozova is a target for 2019.

Ukrzaliznytsia CEO Yevhen Kravtsov said that the choice of the supplier of freight electric locomotives would be this year's priority for the company.

“Over the next 10 years, we will need to upgrade 450-500 freight electric locomotives. The investment required is UAH 80 billion. Therefore, the key decision would be to choose a strategic partner,” he said. At the same time, Kravtsov noted that localization of production is important for Ukrzaliznytsia in the process: “We expect that the level of localization will be at least 50%”.

Besides, Kravtsov noted that the company this year would upgrade more than 130 passenger cars and procure 46 new ones. "Also, this year we planned to upgrade 24 commuter trains," he said.

CEO of Ukrposhta, Ihor Smelyansky, said that the company plans this year to increase the number of parcels delivered to 28 million pieces and receive more than UAH 65 million from renting out premises.

“Also, a 22% increase in trade volumes is planned,” Smelyansky stressed, adding that this year the copmany plans to complete computerization of all villages with a population of more than 2,000 people.

Head of the Administration of Seaports of Ukraine” Raivis Veckagans, said that the agency intended to conduct dredging in eight seaports this year and to make Pivdennyi the largest port in terms of cargo transshipment.

In addition, the Administration intends this year to increase funding for the fleet repair program to UAH 270 million.

“In 2018 we invested UAH 100 million, while in 2019, our plan is to increase the volume of investments to UAH 270 million so that we can implement the fleet repair program. In the future, our goal is to carry out dredging works with the help of our fleet as efficiently as possible,” Veckagans said.

The Administration this year intends to acquire three pilot boats, one dredger, and several boats for UAH 950 million.

Also a priority this year is the transfer to concession of the stevedoring company Olviya and the Kherson seaport, which will attract about UAH 8 billion. Veckagans noted that in February, a bidding commission will be set up to assess these projects, and in March, the Administration plans to enter the stage of agreeing tender documents and criteria for evaluating potential bidders to announce a tender in May.

“Closer to the fall this year, we will sign the first concession agreements. Also, this year, we are planning to complete feasibility studies for the following projects: concessions of the railway terminal in Chornomorsk and the state stevedoring company in the port of Yuzhny,” Veckagans added.

The first working week of February will be marked by the start of another parliament session, while the State Statistics Service on Friday will announce inflation figures for January.