Ukraine's Deputy Finance Minister Vasyl Shkurakov: "There is no urgent need to rush and borrow at whatever rate"

This year, Ukraine must repay more than $6 billion to external creditors. Deputy Minister of Finance Vasyl Shkurakov in an interview with UNIAN told about the government's strategy of refinancing debts, the ministry's work in the domestic debt market, and the probability of default on public debt.

Ukraine's state debt in 2018 grew in absolute terms, while in relation to GDP it was reduced to a nearly safe level of 63%. That is, in general, the debt burden has declined due to economic growth. However, despite a positive trend, economists consider debt repayment to be one of the key challenges for Ukraine this year.

The thing is that, having barely recovered from the consequences of a large-scale crisis and having stabilized the economy, Ukraine in 2019 has to pay over $6 billion to external creditors. For comparison: it is almost twice the rate of last year. Since the state budget remains scarce, new loans will have to be attracted to repay old ones.

The conditions in external capital markets are not sufficiently favorable for developing countries. The uncertainty on the eve of this year's presidential and parliamentary elections in Ukraine doesn't contribute to stability. At the same time, late last year, Ukraine resumed cooperation with the International Monetary Fund and other official lenders, receiving more than $2 billion in December.

Deputy Minister of Finance Vasyl Shkurakov in an interview with UNIAN told about the government's strategy for debt repayment, prospects for the domestic debt market, and the alternative scenario to survive 2019 and avoid default.

How much must Ukraine repay on its debt in the peak year of 2019? What are the most significant payments?

Repayment and servicing of public debt are laid down in the 2019 budget at UAH 417 billion, or about $15 billion at the current rate of the National Bank of Ukraine.

That's including about UAH 238 billion on domestic debt, where the payment schedule is quite uniform. This debt is constantly refinanced, including with the use of short-term instruments.

Payments for external debt are planned in the amount of about UAH 179 billion, or $6.1 billion at the NBU rate. That's including the redemption in May of $1 billion on eurobonds placed in 2014 under the guarantee of the U.S. government. Also, there's a final redemption in September on bonds worth $660 million, issued in 2015.

This year, payments to the IMF are expected in the total amount of about $1.2 billion, while those in favor of other international financial institutions – at about $0.8 billion.

The most significant payments for servicing external debt are foreseen in March and September – at $500 million for eurobonds issued as a result of restructuring in 2015. 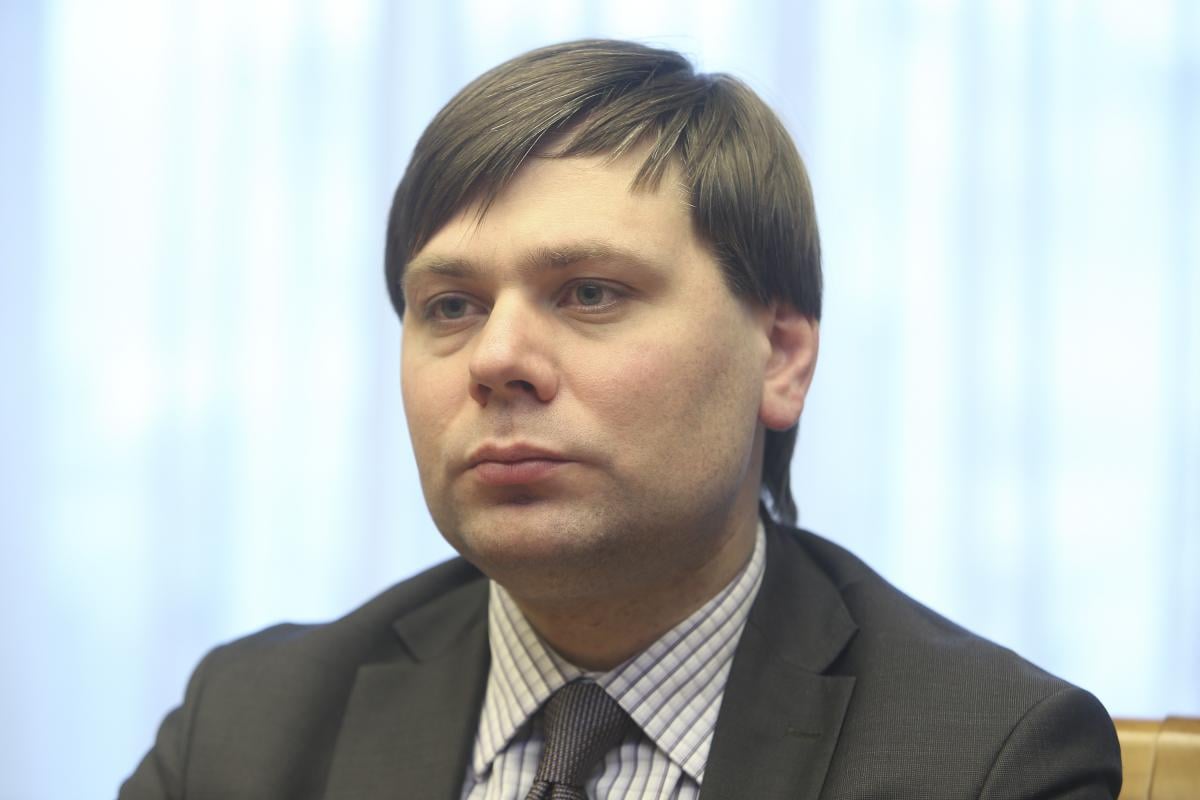 Are such force majeur situations possible this year as the London court's decision to repay Russia a so-called "Yanukovych loan?" [The eurobond debt redeemed by the Russian Federation in 2013 under an agreement with the then-president Viktor Yanukovych on the eve of his escape during the Revolution of Dignity]?

The trial is underway, and this year we are not expecting its completion.

What will be this year's external sources of our borrowings?

Ukraine has started a new 14-month program with the IMF, under which in December 2018, the first tranche was received in the equivalent of $1.3 billion. In 2019, two more tranches worth a total of $2.6 billion will go to the NBU reserves.

In the framework of macro-financial assistance from the European Union, we expect to receive in March their second tranche worth EUR 500 million.

At present, the Ministry of Finance is working on attracting loans worth $600 million under the World Bank's guarantee. In general, over this year, we expect proceeds from the placement of eurobonds at $2 billion, but everything will depend on market conditions.

When is the entry to foreign markets possible and what is the profitability of our debts now?

We will analyze the moods of investors. There is no urgent need to rush and borrow at whatever rate. There's enough foreign currency in the country, which is confirmed by the volume of borrowings in the domestic market. I think there will be two or three placements depending on the market situation.

Now, it's the beginning of the year, and markets are just waking up. But we're already seeing that the sovereign curve compared to the end of last year has significantly strengthened. For example, the profitability of five-year eurobonds is about 9.3%. We look forward to improving the situation. We are working on it. 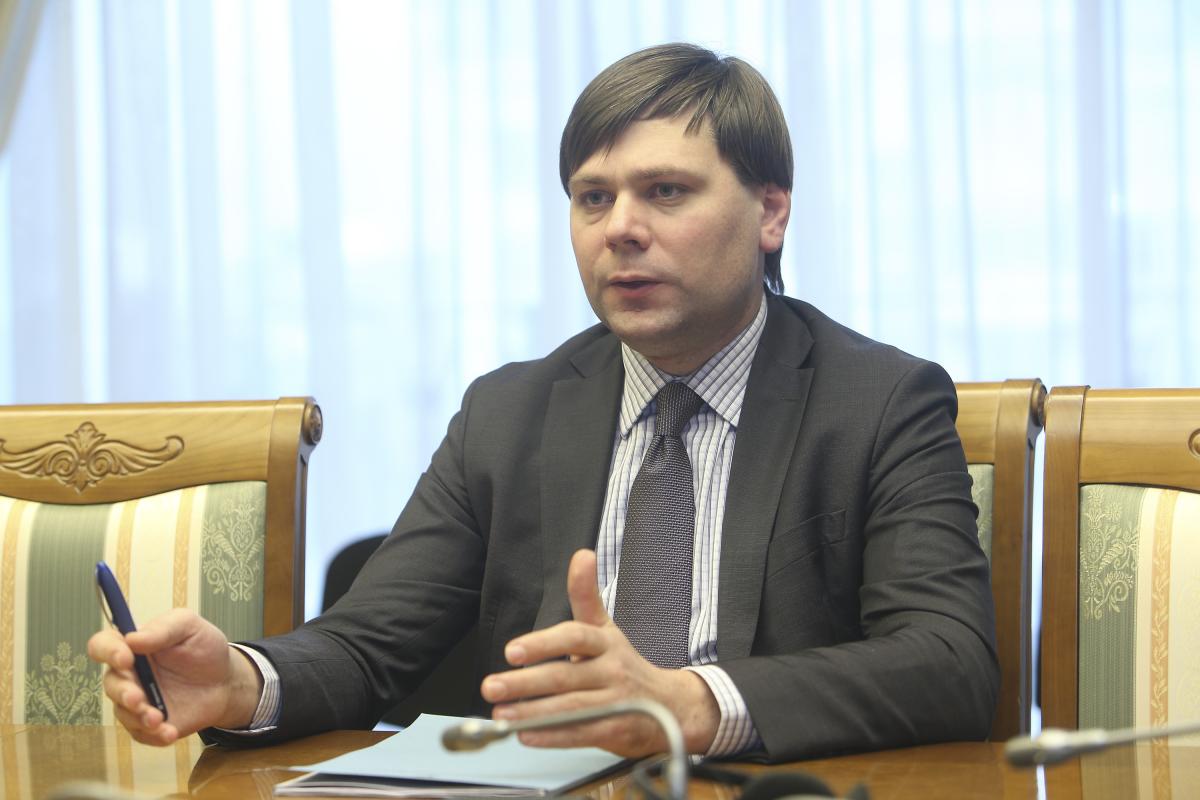 Does the Ministry of Finance have a Plan B in case there's a shortage of external loans to repay debts, for example, due to another failure of the IMF program? Is debt restructuring possible like it was done in 2015?

IMF funds are not allocated to the state budget. They are disbursed to the National Bank's reserves. But we must get these funds at all costs since we have undertaken to implement the program. Besides, markets, above all, react to whether the country cooperates with the IMF or not. We must continue to implement the program with the Fund and maintain the pace of development and reform.

There is no need for restructuring. The Budget Code provides some tools in case we fail to raise the required amount of borrowings from external sources. This is the replacement of external borrowings with domestic ones. In extreme cases, we can buy foreign currency from the National Bank's reserves for hryvnias and repay the debts. There are enough tools.

When restructuring was carried out in 2015, the situation was significantly different from the present times. At that time, the Ukrainian economy simply could not handle debts at such volumes. The state, state-owned enterprises and banks lost property in Crimea and Donbas. And that was not a decision Ukraine made on its own – it was part of a program with the International Monetary Fund.

The next year will also see a high debt load. Why is this happening?

We're reaping the fruit of debts accumulated throughout the country's independence period when this was the only way problems were solved instead of implementing real reforms.

Can we get a new set of U.S. assistance?

We are actively negotiating with all our partners, but have not yet received a clear signal.

What share of debt repayments can be refinanced in the domestic market?

We set the target level of rollover [the extension of the terms of the loan with technical repayment] of domestic bonds in foreign currency at 85%, but it could be higher, which we already witnessed in January. In absolute terms, the borrowing plan in the domestic market is set by the budget at UAH 202 billion. I am sure that we will be able to attract such volumes, taking into account the demand of non-residents and the liquidity of the banking system. Naturally, this indicator varies, but within the controlled limits.

Domestic government bonds are a very attractive investment tool as they provide high yield. The current rate for short-term bonds is 19.5%, while for the five-year period it's 16%. And this is stable profitability as the state has never allowed a default on domestic debt. 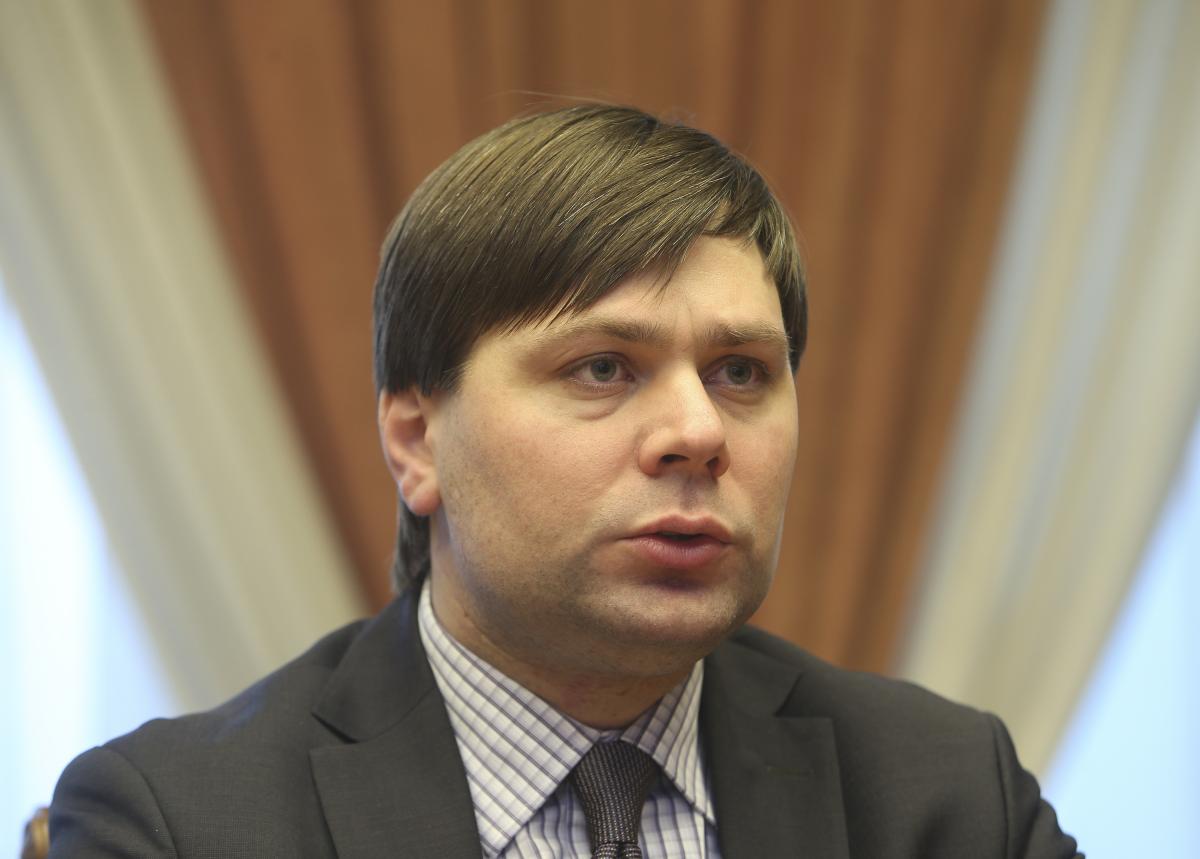 Given political risks, most instruments are currently short-term – up to a year. But we already see demand for longer periods – a year or two. The volumes are still small, but the market is beginning to study these instruments.

How can the rates for domestic bills' placement change?

We maintain a constant dialogue with the primary dealers of government bonds and investors, studying demand. Of course, we are seeing a trend toward lower rates. The National Bank has already taken the first steps in this regard – they lowered the cost of its refinancing loans to the key rate. In turn, banks have revived demand for government bonds.

Non-residents are also opening the limits for the purchase of Ukrainian securities. The trend of recent biddings is the purchase by non-residents of hryvnia bonds in the equivalent of $100-150 million. This heats up the market and positively influences the trend toward lower rates.

Could the exit of non-residents from Ukrainian government bonds put pressure on our currency market it did like last year?

We have been discussing the issue with the National Bank, monitoring the situation.

Will the municipalities' demand for government bonds grow as a result of a ban to keep funds on bank deposits?

Yes, I think so. Today, it is more profitable to invest in domestic bonds than to put money on deposit. Therefore, if local authorities understand that while some money remains after the costs are covered, why not use this 100% safe investment instrument? There are no risks, but there will be profitability.

Amid decentralization, municipalities received certain resources and they're using them. But it should be noted that the Cabinet suspended for this year, not generally prohibited, the possibility of allocating resources of general funds of local budgets on bank deposits.

Will municipalities be able to invest long-term, or can government bonds be repayable ahead of their maturity period?

To this end, a secondary market should be developed. If someone urgently needs resources, they could sell their bonds to a broker (one of the banks, primary dealers) or another investor in the secondary market, having set a margin. We are ready to help by training local authorities.

Summing it up, how do you think we will survive through 2019, taking into account the peak debt burden and the upcoming double elections? Populists offer not to repay debts at all. 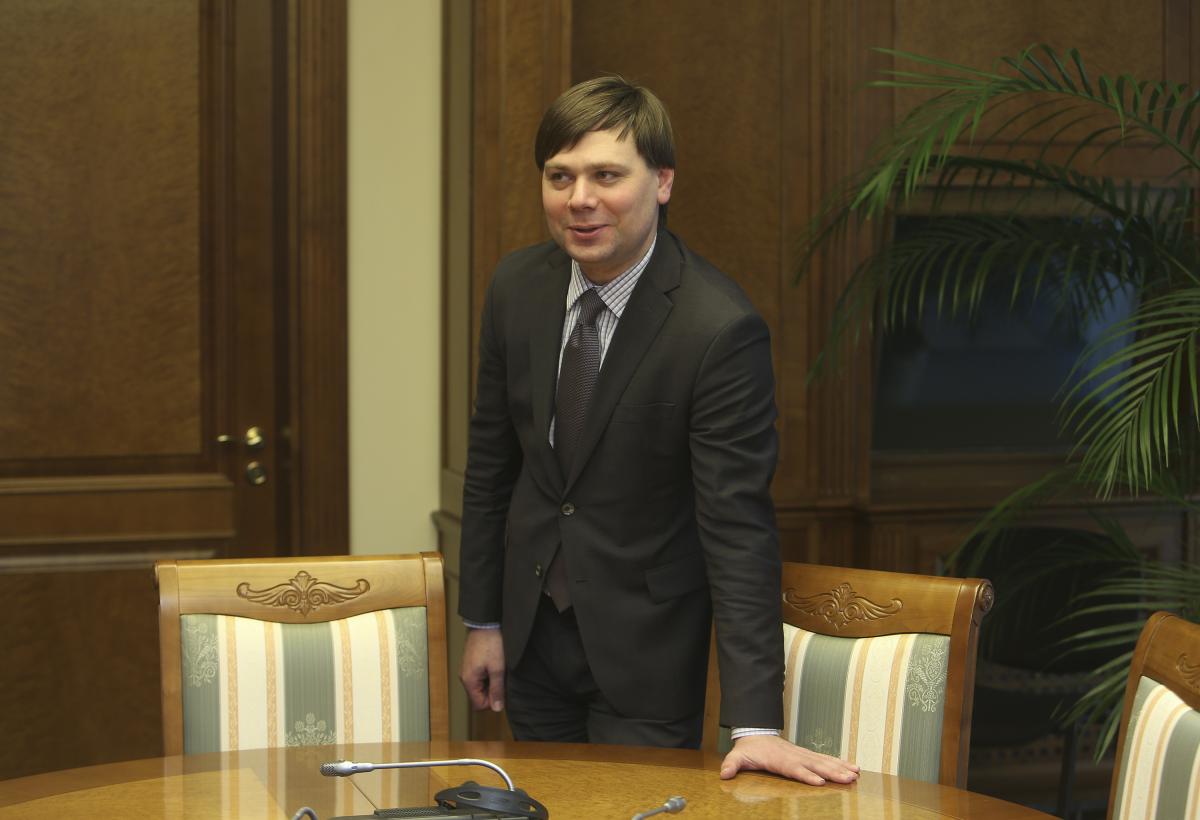 Of course, elections create certain risks. However, in January, we borrowed an unprecedented volume of about UAH 42 billion, although, as a rule, January is not too fruitful.

We can't just stop paying our debts – this would mean default. It's unacceptable. Default is about capital markets closing, problems in the economy, financial system, devaluation, and general crisis. And there will be the only option – total reduction of budget expenditures.

We adopted a strategy for managing the state debt, identified priorities, and are now cooperating with the IMF. We have undertaken commitments, and we intend to fulfill them.