The IMF mission left Ukraine "quietly" - without official statements about future cooperation. At stake are two tranches that are very important given the repayment of billions of dollars in debts scheduled for this year. The National Bank and the Ministry of Finance say there is no need to worry – everything goes according to schedule. Experts are less optimistic – the inflows may be delayed, which means that pressure on the hryvnia exchange rate is inevitable.

The mission of the International Monetary Fund, which worked in Kyiv from March 5 to March 13, left “quietly” – without making a single statement following the negotiations with the Ukrainian authorities. The National Bank explained this by the fact that the visit was technical and it did not provide for making a decision on granting or delaying the next tranche. And there will be two of them this year, $1.3 billion each, in May and November. The tranches will be allocated on the basis of a review of compliance with the conditions of the new 14-month stand-by program in the amount of $3.9 billion, which was approved by the IMF in December 2018. In the same month, Ukraine received the first tranche of $1.4 billion. The fate of the next loan will traditionally be decided by the IMF mission. It is scheduled to arrive on May 15 and November 15.

The main beacons of the Fund are the increase in gas prices for the households, which is stipulated by the budget for the current year set to start in May, the start of large-scale privatization, which has been frustrated for the fifth year in a row; the "split" law stipulating optimization of state regulation of non-banking services market; the reform of the fiscal service to separate it into tax and customs agencies; and the intensification of the fight against corruption, including the creation of the Anti-Corruption Court. And while the latter is almost at the finish line, the “anti-corruption” innovations of Ukraine as a whole became the main topic of discussion between the IMF and Ukraine authorities. This is about a resonant decision of the Constitutional Court on the abolition of criminal liability for illegal enrichment. This rule was introduced in 2015 as part of anti-corruption measures in the course of the previous cooperation program with the Fund. The verdict of the CCU has already provoked a strong reaction from international partners. The G7 and the World Bank consider the CCU decision to be a defeat in the fight against corruption in our country. This may affect relations with the IMF. And its help is needed more than ever. In 2019-2020, the needs of Ukraine in external financing will be very high. For example, this year $4.3 billion will be spent on servicing external public debt alone, $1.7 billion – on repayment, and about $2.4 billion – on repayment in 2020-2021.

Meanwhile, the National Bank does not yet see any risks for continued cooperation with the Fund. “We continue to work as usual, continue to cooperate with the IMF, and expect to receive tranches in May and in November,” said head of the NBU, Yakiv Smolii.

Head of the Ministry of Finance, Oksana Markarova, is also calm. She assures that Ukraine has fulfilled most of the conditions of the IMF to receive the next tranche of the loan. “Most of the conditions that must be fulfilled by the end of March have been fulfilled or are in the process of their implementation,” she said, stressing that the current program with the IMF is quite realistic.

According to her, the authorities are looking for mechanisms to resume responsibility for illegal enrichment after its abolition by the decision of the Constitutional Court, while preserving the already launched cases against corrupt officials.

The experts interviewed by UNIAN are less optimistic. They allow the delay of the next tranche of the loan, and the reason for this may be the verdict of the Constitutional Court, as well as the delay in the implementation of the terms of the memorandum.

Will there be a tranche?

Mykhailo Rebryk, a senior analyst at Raiffeisen Bank Aval, believes that the issue of the abolition of the article on illegal enrichment by the Constitutional Court is a principled thing, which frags from previous programs. And if it is not resolved in the near future, the Fund’s tranche will be at least delayed.

“The postponement of the tranche is a bad signal to investors who are already nervous about the upcoming elections. In my opinion, the situation is more alarming than it was in February. The exchange rate may jump and pull inflation if the tranche is delayed. But in general, Ukraine’s international reserves are at a good level, and the banking system is strong, so we don’t expect the negative scenario to be realized,” the expert noted.

Olena Belan, chief economist at Dragon Capital, stressed that the latest visit of the IMF mission was a working one, aimed to assess the situation on the ground and understand the details, in particular, regarding the decision of the Constitutional Court, since this issue concerns the implementation of the previous IMF program. Restoration of responsibility for this violation is a complex legal and procedural issue, which is hard to grasp from Washington. Based on the mission’s information, the Fund’s management will negotiate with Ukraine on this aspect.

“The evaluation mission for the revision of the current program is expected to arrive in May. Ukraine demonstrates some progress in the implementation of structural beacons - the key conditions of the IMF. In particular, in the matter of creating the Anti-Corruption Court, which was considered one of the most difficult ones to implement, we are almost at the finish line. Candidates have already been selected for the posts of judges, now it remains to appoint them. But there are failures. By the end of March, it is necessary for the Verkhovna Rada to adopt a “split” law – the division of the functions of the National Commission for Regulation of Financial Services Markets between the National Bank and the National Commission on Securities and Stock Market. So far there is no consensus in parliament on this issue. Most likely, this beacon will not have been completed by the deadline, but it can be executed later. As a rule, during the work of an assessment mission, unfulfilled structural beacons fall into the list of preliminary measures, without which the receipt of the tranche is impossible. It also seems that the issue of gas prices is back on the agenda, but in an unusual context for Ukraine. Due to the warm winter, gas prices are dropping in Europe. If European prices remain at this level, then the planned 15% increase in the domestic price will raise it above the import parity. Therefore, it is possible that this issue will be a subject for discussion with the IMF,” the expert noted.

According to her, the delay of the next tranche from the IMF bears significant risks for the economy, since in this case the government will not be able to receive funding from the EU budget and enter the foreign market with a large issue of Eurobonds, which is necessary to replenish the treasury. These foreign borrowings can be postponed to September, when large external repayments are coming, including $1.1 billion in sovereign Eurobonds. Otherwise, it will be necessary to squeeze budget expenditures as much as possible in order to pay off external debts, and this would be very painful for the economy. And even more painful – for politicians amid the election year. 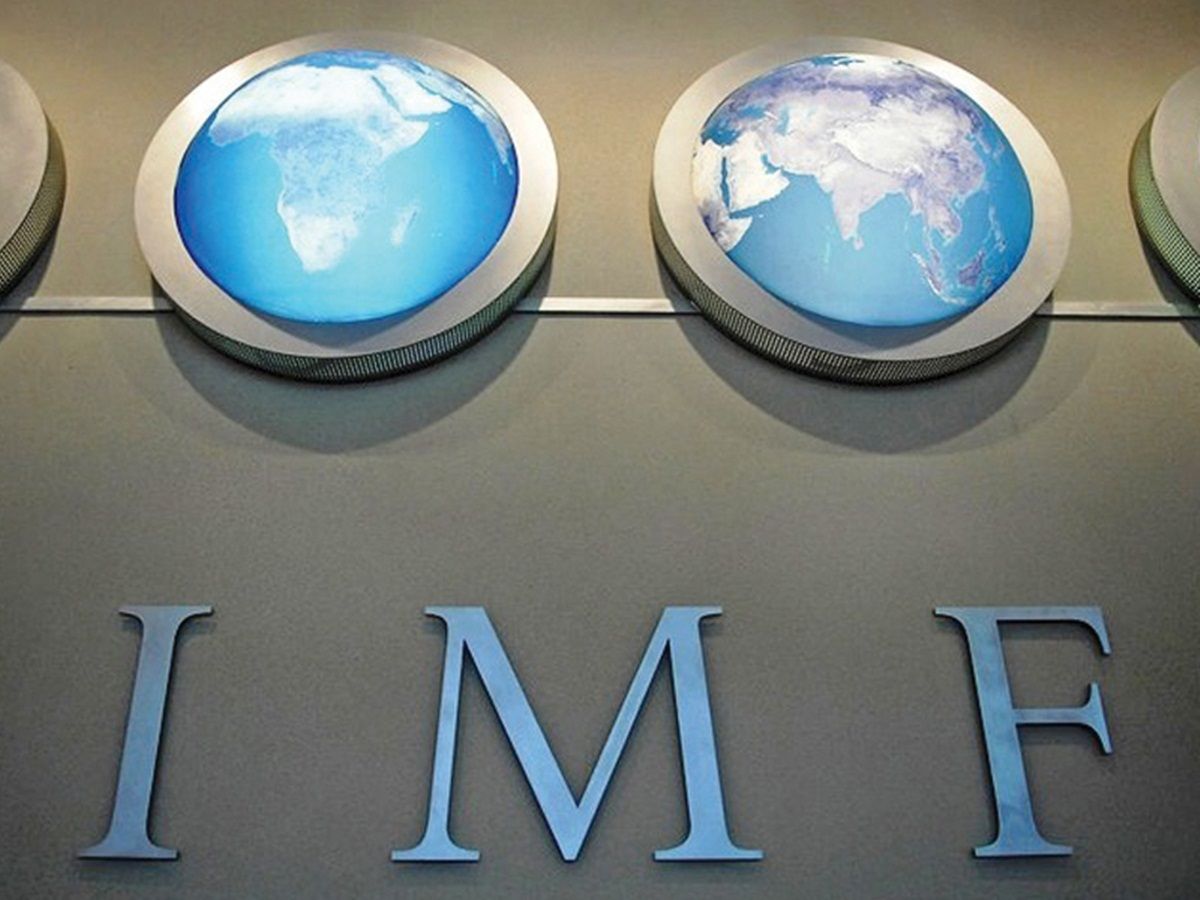 Belan stressed that non-payment of external debt will negatively affect Ukraine: “When a country does not pay its debts, this is a default that is fraught with the closure of credit lines for international projects and trade finance for companies, panic among businesses and the public, and a surge in demand for currency. In the end, the situation may spin completely out of control, which will also affect the ratings of political parties on the eve of parliamentary elections.”

Oleksandr Martynenko, head of the corporate analysis department at ICU, believes that of the four key conditions - the so-called structural beacons of the program, which must be implemented this spring - only two have been implemented. This is the division of the State Fiscal Service into tax and customs services, as well as the publication of a report on asset recovery and trials relating to state banks.

The “split” law has not been adopted and the process of electing anti-corruption judges has not been completed. The adoption of the “split” law on the redistribution of the functions of supervision of the non-banking financial sector in parliament is particularly problematic and could be delayed until the end of the presidential election. Also, a number of other conditions specified in the IMF memorandum are not fulfilled. This may postpone the revision of the program conditions by the Fund and the release of the second tranche, which is scheduled for May 15.

“In addition, the second tranche of macro-financial assistance from the EU in the amount of 500 million euros may be postponed, because continued cooperation with the IMF is one of the conditions of this package. Finally, it will cause great difficulties in raising funds on financial markets to finance the payment of foreign currency debt. The government’s need to attract them is estimated by us at least $7 billion for this year,” the expert explained.

According to the head of the expert-analytical Council of the Ukrainian Analytical Center, Borys Kushniruk, the main role in the question of relations with the IMF is played by elections, and the risk is considerable.

“If we have another head of state, no matter who, we will need to re-discuss relations with the IMF, since the Memorandum of Cooperation with the Foundation has been signed by the incumbent President. Most likely, further relations with the Fund will be paused until Ukraine’s position under the new government has been clarified. In addition, parliamentary elections are coming. What promises can Groysman give to the Fund and partners if his own fate is unclear? That is, for the Fund, the future of Ukraine as a whole will be more important than that of personalities. The implementation of the Fund's beacons is not as significant as a change in the country's leadership. I think, in view of the political component, there will not be a tranche until at least next spring. Moreover, the change of leadership will take place at the end of May, and the mission should arrive in Ukraine in mid-May. And there is an important mismatch. It will not yet be clear how the president will behave if there is a change. In addition, according to the budget list, from May 1, the gas price for the households should be revised upwards. And there is a question how the new president will act. But this year our country will have to repay billions in liabilities. And if there is no tranche, then there is a big risk of destabilization of the national currency rate, which could trigger panic on the market. And taking into account the populist statements of politicians which are now voiced on the eve of elections, such a scenario cannot be ruled out. A change of leadership always implies a new dialogue with partners. And this takes time, and it does not play into the hands of Ukraine. That is, there will be new negotiations, and nobody will give money during this period. Therefore, the pressure on the hryvnia exchange rate will be unequivocal,” the expert concluded.

And while the fate of Ukraine's relations with the IMF is being determined, rating agencies have started publishing their outlooks on Ukraine. 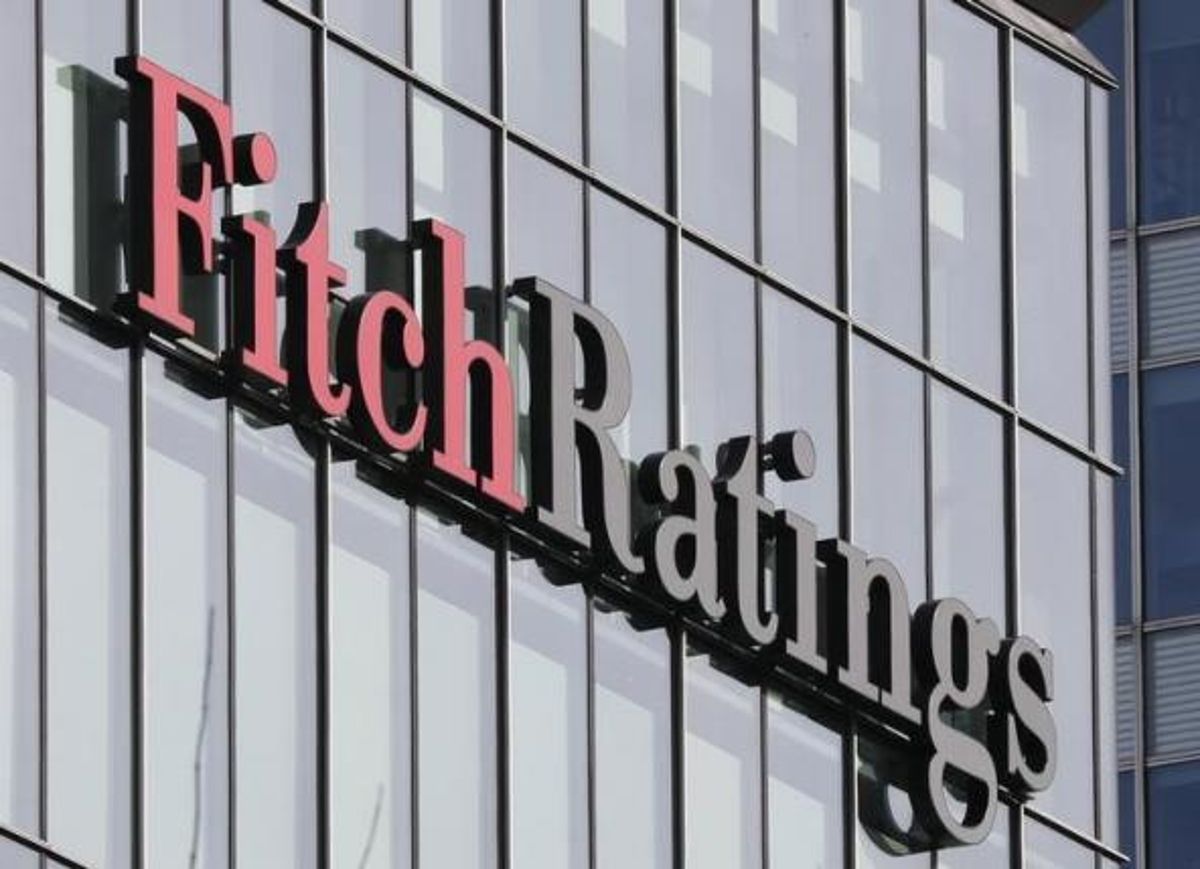 That is, without external funding, the country could find itself on the verge of default so the authorities should take balanced and reasonable decisions rather than dive too deep into their election campaigns.