Week's balance: Easing for businesses, launch of the Energy Efficiency Fund, and pre-election calm in markets

The Cabinet of Ministers made another step to simplify the conditions for doing business in Ukraine, the Energy Efficiency Fund started financing its first projects, while experts talked about the possible influence of presidential elections on the Ukrainian financial market – these are the main economic news of the outgoing week.

The last week of March was not too saturated with economic developments. The reason was a temporary lull in the economic area in connection with the election, the first round of which is taking place Sunday, March 31.

Despite the pre-election fever in society, leading economic experts argue that the Ukrainian financial market will react calmly to the results of the first round of elections, regardless of who proceeds to the second round.

A senior analyst with Raiffeisen Bank Aval, Mykhailo Rebryk, says the risks related to the presidential elections have long been foreseen in economic forecasts. "If the president with whom investors are familiar remains in office, the influx of portfolio investment can be very strong, starting from May-June. The hryvnia will strengthen, which will positively affect inflation in the short term. The likelihood of key rate being reduced increases, while the investors' will to secure a high rate for the long term will be an additional incentive for injections," said Rebryk.

According to the expert, in case the new president is elected, this should not shatter the market either. This will not entail a large-scale capital outflow or any hasty inflow. At the same time, among the risks is a possible postponement of the tranche of the International Monetary Fund due to the situation with illegal enrichment, the need to raise the gas price, and delaying the 'split bill' adoption,".

Olena Korobkova, Executive Director of the Independent Association of Banks of Ukraine, also believes that the financial market is responding to the approach of the presidential election rather calmly.

“The hryvnia started this year without the traditional fall in relation to the main world currencies. Since January, we have been able to observe only minor fluctuations in the exchange rate of the national currency. The economy has been growing for the third year in a row, the banking system has successfully passed the stage of cleansing, recapitalization, and reaching profitability. The banking supervision of the National Bank has undergone a high-quality reform: there are fewer banks, but they are healthy and reliable. Therefore, there is no need to be wary of disasters or other problems on the eve of the elections," she believes.

Also, Korobkova noted a more balanced approach of Ukrainians, who are not amenable to “seasonal” currency panic and make financial decisions more pragmatically.

Chief expert at the NBU Council, Vitaly Shapran, also says that today there is no impact of the elections on the banking system. "It's quite the opposite: the volume of hryvnia deposits in Ukrainian banks in February 2019 increased by 1.2%, and foreign currency deposits in dollars – by 1.8%. I think this is a consequence of the policy of high interest rates. As for business activity, on the one hand, elections have always been and remain a catalyst (accelerator) of economic processes, on the other hand, they always mean a technical pause for large investment projects of foreign investors," explained the expert.

According to Shapran, Ukrainians should not be afraid of destabilization in the foreign exchange market, because it is reacting calmly to political developments in the country. "I believe that the influence of political factors on the market is now weak, since Ukraine has the program with the IMF. Whoever wins the election, the country will still have to implement the IMF program," said Shapran. 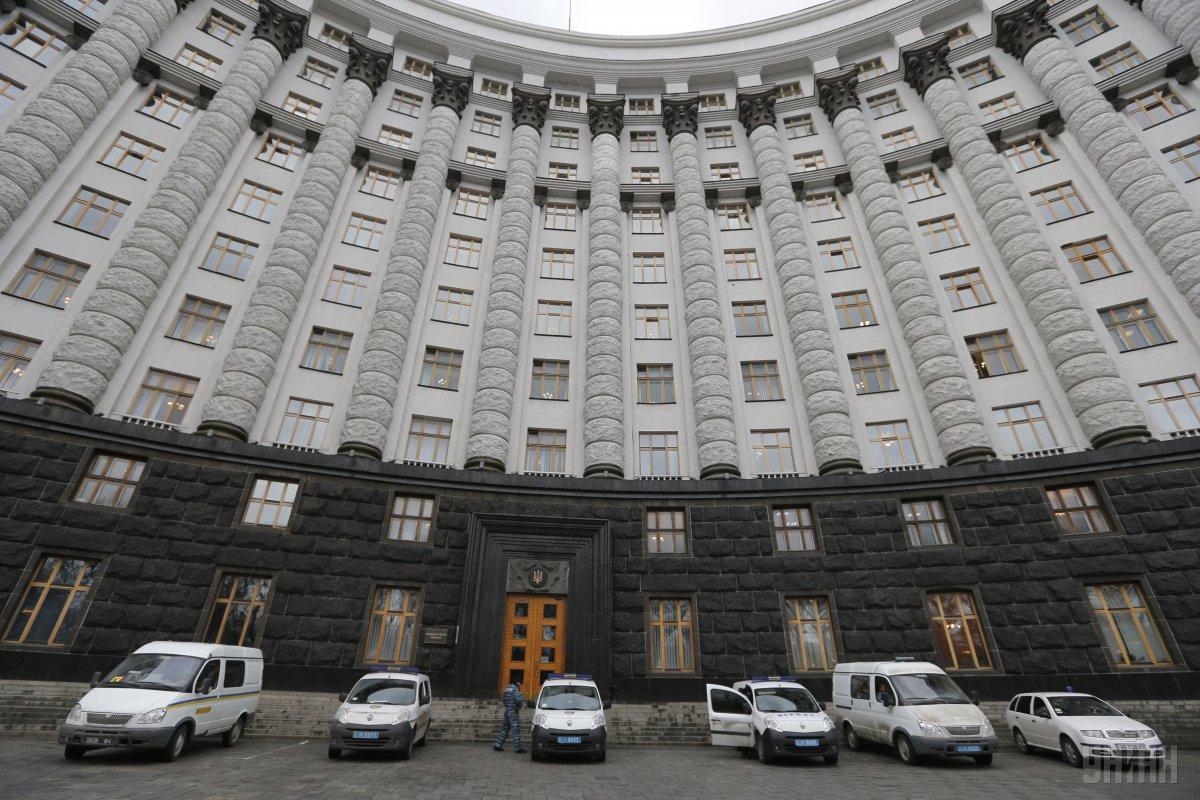 The Cabinet of Ministers at its traditional Wednesday meeting adopted another comprehensive resolution designed to simplify doing business in Ukraine.

The resolution adopted simplifies the process of bringing the charters of existing limited liability companies in line with current legislation. Now the founders of these companies will be able to choose online the version of the charter that suits them best, while the registration procedure will also be accelerated.

Along with this, the government allowed banking institutions to receive information from state registries regarding individuals who applied for loans.

The resolution adopted establishes a uniform and transparent procedure for assigning postal addresses to construction sites and real estate objects. According to the Ministry of Economic Development, this will allow avoiding artificial delays in the procedure and subsequent creation of obstacles to the registration of new properties.

In addition, the Cabinet of Ministers simplified the registration of the declaration on the readiness of construction sites for operation. This decision will reduce personal interaction of construction customers with the bodies of the state architectural and construction control. This, in turn, will help minimize corruption risks.

Another important point of the decision is the easing of auto parts' imports, which will reduce administrative pressure on the importers of these products, as well as bring Ukrainian legislation closer to that of the EU.

The Ministry of Economic Development believes that these decisions will allow Ukraine to strengthen its position in the Doing Business ranking. In 2018, the country rose by five positions and took the 71st spot. According to First Deputy Prime Minister, Minister of Economic Development and Trade Stepan Kubiv, by 2020, Ukraine should rise by at least another 10 positions. 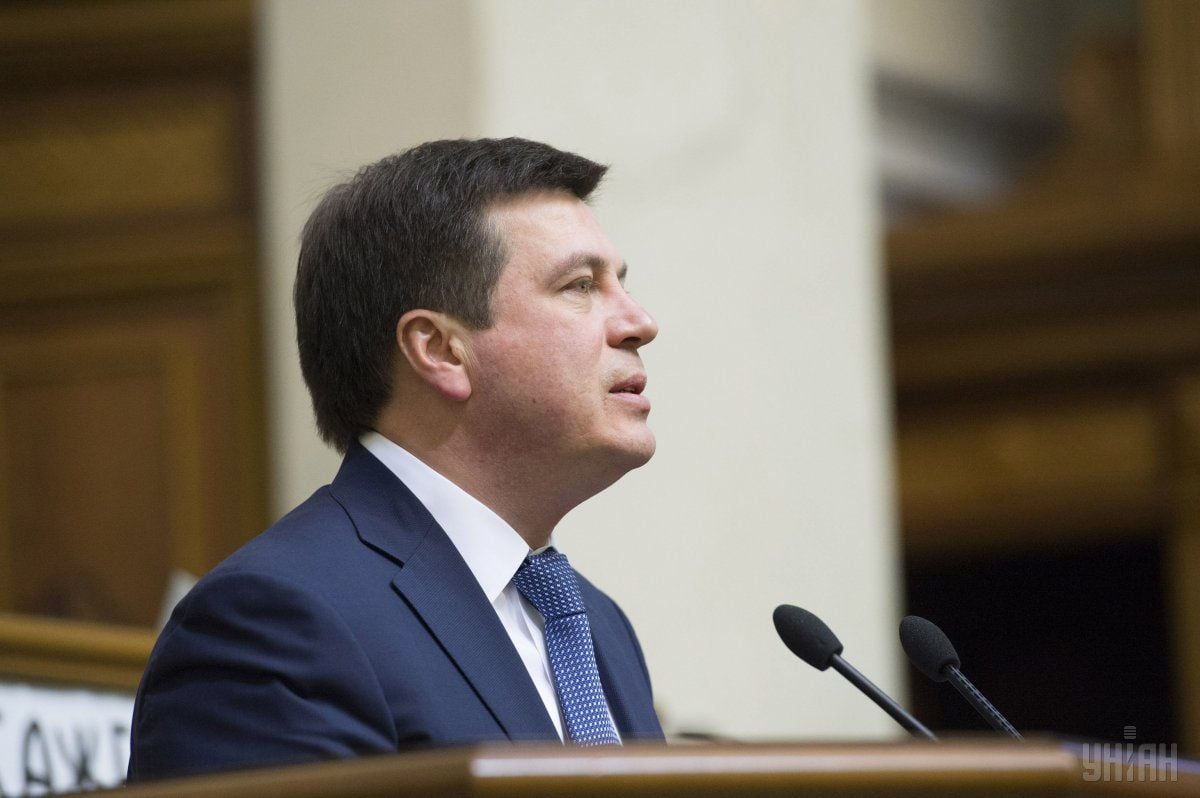 Another important event was the full launch of the Energy Efficiency Fund, created to provide financial and technical assistance for energy modernization of residential buildings across Ukraine. On Thursday, the EFF signed with the International Financial Corporation and Ukrgasbank a tripartite agreement which starts the process of apartment owner associations obtaining grant funding. The EFF announced that within the program, about UAH 40 million will be allocated for the implementation of the first fifteen projects.

“The agreement is the basis for creating legal infrastructure of the EFF activity regarding the provision of partial compensation to apartment blocks for energy efficiency measures... The document describes the legal framework for the implementation of the projects of the First Swallows program - these are 15 apartment owner associations that have already undergone energy audits and are ready for the next steps,” said Deputy Prime Minister, Minister of Regional Development, Construction and Housing Hennady Zubko.

The official added that the total funding for the newly formed organization, laid down in the budget, amounts to UAH 1.6 billion, and these funds have already been transferred to the EEF account.

Speaking about the plans, Zubko added that this year the Energy Efficiency Fund plans to implement three hundred projects in residential buildings, and this is just the minimum.

"We have a minimum plan for this year – that's 300 projects we have to implement. If today we have all 33 thousand apartment owner associations ready to present their projects, we will implement all of them. Today we are not stopping the work on 'warm' loans, we are launching the work of the Energy Efficiency Fund and working on fifteen pilot projects that should yield results by the end of this year," said Zubko.

These were the main economic events of the past week. In the next seven days, the country will sum up the results of the first round of the presidential elections and talk about the emerging prospects, including in the economic sphere and for business development. Despite the fact that the plenary meetings of the Verkhovna Rada are haven't been planned for the first week of April, the deputies will continue to work in the committees, discussing the models of reforms, which the International Monetary Fund expects Ukraine to implement.

If you see a spelling error on our site, select it and press Ctrl+Enter
Tags: energyIMFeconomyforex