The Cabinet has managed to complete the contest for the post of new head of the customs service and after two months of judicial struggle appointed reformer Maksym Nefyodov to this position, the State Statistics Service reported a slowdown in industrial output, while the National Bank announced the introduction of a new UAH 1,000 banknote and a withdrawal from circulation of small coins – these are the main economic news of the outgoing week.

The new head of the State Customs Service is now Maksym Nefyodov, former First Deputy Minister of Economic Development, who has a reputation of a prominent reformer, who contributed hugely to the launch of the Prozorro e-procurement system. Having come to the Cabinet together with Minister of Economy Aivaras Abromavicius in 2014 as his deputy, Nefyodov remained at the post in the government of Volodymyr Groysman after Abromavicius was sacked.

The new appointment came with  big delay as over the past two months a transparent selection for the top customs post was blocked. In April, at the suit of one of the legislators, the District Administrative Court of Kyiv suspended the competition for the selection of the head of the State Customs Service. A week later, by the efforts of the odious ex-fiscal official Roman Nasirov, the court also blocked the competition for the head of the State Tax Service. Then the Ministry of Finance spoke of a major attack on customs and tax reform and the groundlessness of such blocking.

In May, the government managed to remove legal obstacles to the appointment of a new tax service head, and in late June, the dam was broken in relation to customs.

On Monday, June 24, the court finally reinstated the government order to hold a competition for the position of head of the State Customs Service and the very next day the competition commission under the Ministry of Finance announced that Nefyodov was recommended for appointment, which was formalized by a government decree.

Nefyodov’s competitors at the final stage of the selection were Yevhen Harmash, Vice-Rector of University of Customs and Finance, and Andriy Savarets, head of the public organization Center for the Development of Digital Economy.

The Ministry of Finance and the business community stated that they welcome the results of the competition and expect from the new chief customs chief creating a transparent structure and improving the quality of customs services.

Nefyodov will indeed face a difficult challenge as e after the December decision of the government to divide the State Fiscal Service into customs and tax, Ukrainians are waiting for the launch of new state bodies and the establishment of all processes free from bureaucracy and corruption.

Among the main problems of customs, the new leader named smuggling and pressure on clean exporters, and announced his will to rid the system of manual control.

"I would very much like to transfer all communication between entrepreneurs, exporters, importers and government agencies into electronic form. I want to get rid of manual subjectivism," said Nefyodov. "I want to save the system from subjectivity as much as possible and integrate all databases as much as possible. For me, the situation is completely incomprehensible where round timber is not officially exported from Ukraine but somehow resurfaces in Poland. How is this possible? There are customs bases in Ukraine and Poland. Why not compare the data?" he added.

Nefyodov said that the launch of the renewed customs service will take place in about two and a half months, because before starting work, it is still necessary to register a legal entity, as well as make government decisions on estimates and the maximum number of employees. 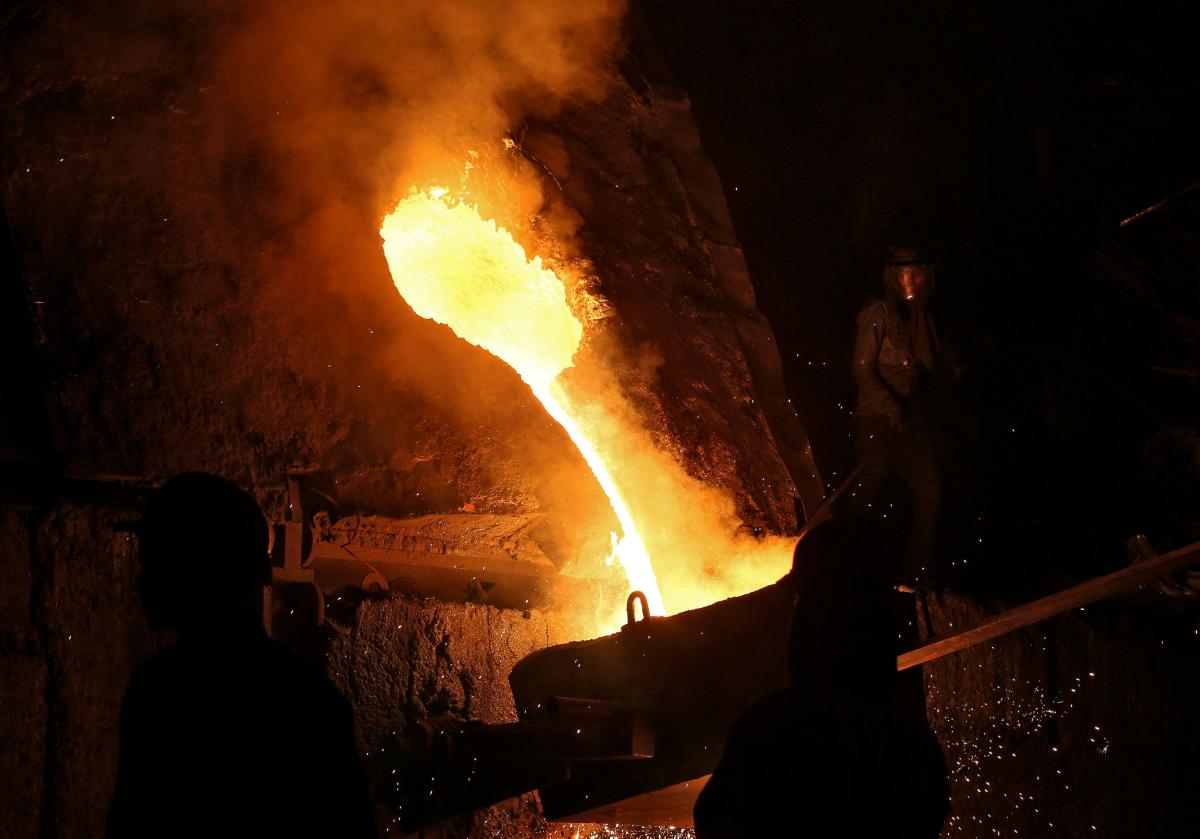 In the outgoing week, the State Statistics Service reported on the performance of domestic industry in May. The growth of industrial production slowed to 1.6% in May 2019 year-over-year (y-o-y) from 5.2% in April 2019 y-o-y, without calendar adjustment.

Adjusted to the effect of calendar days, the industrial output growth in May slowed to 0.6% y-o-y from 4.4% in April y-o-y, according to the Ukrainian State Statistics Service website.

The highest increase in industrial output in May 2019 y-o-y was recorded in the production of computers, electronic and optical equipment (by 35.6%), the extraction of hard and brown coal (by 6.8%), and the chemical industry (by 6.7%).

Statistics show that the national industry can in no way reach a stable growth rate and requires clear priorities and effective state support. In the outgoing week, representatives of the industrial community called for a new parliament to be elected in July and then a new government to adopt a long-term industrial development strategy for Ukraine, which would help the country catch up with the era of global industrialization and boost economic growth.

The government said that such a strategy has already been drafted, but the problem is that there is no consolidated position among industrialists on priority areas that should be noted a long-term development strategy.

The Ministry of Economy and Economic Development, in turn, asked industry players to reach an accord on several key priorities for their effective implementation. 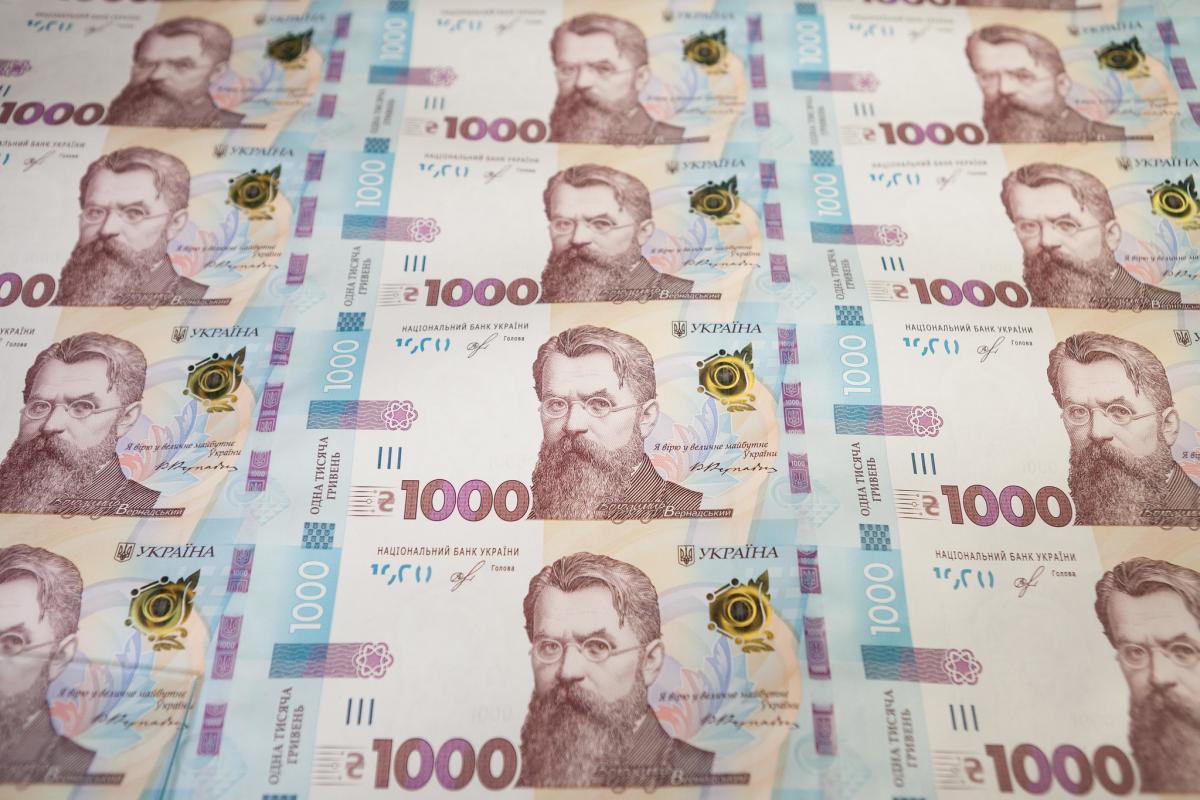 In the outgoing week, the National Bank of Ukraine announced the introduction of a UAH 1,000 bill from October 25, which is a rare event for the country, since the last time the NBU introduced a new denomination was thirteen years ago. Then it was a UAH 500 banknote with an average monthly salary slightly above UAH 1,000.

National Bank Governor Yakiv Smolii noted that a lot has changed since then, and the average monthly wage in Ukraine has grown almost tenfold over this period. Therefore, for the convenience of citizens, a higher denomination banknote will be issued.

“Now, to receive an average monthly salary, at least twenty banknotes are needed already. As a result, there was more money in wallets – the amount of cash in circulation grew more than fivefold, to nearly UAH 380 billion," explained Smolii.

In addition, the National Bank announced a gradual withdrawal from circulation of small coins in 1, 2 and 5 kopiykas denominations.  From October 1 they will not be used in cash payments for goods and services, but Ukrainians will be able to exchange these coins for coins and banknotes of other denominations for the next three years without restrictions and free of charge.

To facilitate cash payments, the NBU suggested applying the rules for rounding the total amount in the check up to a digit multiple of 10 kopiykas. In the next two years, the country's central bank promised the Ukrainians to replace UAH 5 and UAH 10 bills with coins. The National Bank also assured the public that they should not expect an acceleration of inflation, since it is not about increasing the amount of money in circulation.

After completion of the process of withdrawing small coins and introducing a new banknote, the nominal hryvnia row will be reduced from 17 to 12 denominations. As a result of all these innovations, citizens should get rid of the confusion in their wallets and reduce the time required for making payments.

Among other important economic news of this week, we can also recall the decision of the Cabinet of Ministers to set a cap for heating tariffs at a level not higher than UAH 1,400 per gigacalorie. Now, the cost of heat in Ukraine ranges from UAH 1,200 to UAH 2,000, and in towns where small boiler houses operate, the tariff can reach more than UAH 4,000.

According to preliminary estimates by the government, this will reduce tariffs by 14%, and in some places people will pay 40% less.

Also, the Cabinet of Ministers adopted a resolution establishing the price for hot water supplies at a level not higher than UAH 83 per cubic meter of hot water.

In the outgoing week, Ukrainian farmers have entered the active phase of harvesting early grains. In eight regions of Ukraine as of June 25, they thrashed 1.6 million tonnes of early grains from an area of ​​half a million hectares. And this gives good hopes for the next grain record in 2019.

The first working week of July promises some relief from the summer heat, but in political life the heat will only increase due to the approach of early parliamentary elections. Economic life will depend on the decisions and statements of the new president, the government and the Verkhovna Rada, where deputies plan to return to plenary work.

From July 1, the country will see a start of the new market of electric energy, and the establishment of electricity tariffs will take place on new market conditions. Whether these changes will lead to their growth will be seen in the near future.