The first round of gas talks in the trilateral Ukraine-EU-Russia format took place in Brussels. It did not yield any concrete results in terms of signing the relevant agreements. Nevertheless, for the first time in many years, Russia has backtracked, which confirms the correct strategy of Ukrainian negotiators.

Another round of gas negotiations started in Brussels on September 19. It lasted only 40 minutes, moreover, it was delayed in time. First, the parties - Ukraine and the European Union, and later Russia, talked behind closed doors for an hour. Judging by the comments that followed, Russia backtracked on the most important issue today – the supply of gas to Ukraine and the transit of fuel via the territory of our country after the completion of the ten-year contract on January 1, 2020.

Failure to sign a transit contract for our country means a loss of revenues to the state budget of $3 billion annually. As for the gas supply itself, things are not critical here. Ukraine has not directly purchased Russian gas since the end of November 2015, using reverse supplies. In addition, enough gas has already been pumped into storage facilities for the winter season, and the reverse issue, in the case of transit halt, has been practically resolved. Ukrtransgaz successfully tested the launch of a section of the Soyuz gas pipeline to work in the reverse direction. There are initial agreements on the supply of American liquefied natural gas.

For Russia, things are much more complicated. For Moscow, the failure to introduce the full capacity of the Nord Stream 2 and Turkish Stream bypass pipelines is critical. In addition, the European Court confirmed the restrictions for Gazprom to use the OPAL pipeline, which was planned to be used in the Nord Stream 2 system, which would not allow the Russian Federation to fully distribute its gas in Europe. One more "Damocles sword" hangs over the northern neighbor – probable U.S. sanctions against the Nord Stream 2 contractors. Therefore, Russia is well aware of the complexity of the situation and the impossibility of today to refuse gas transit via Ukraine. All of the above forces the Kremlin to seek a compromise in relations with our country.

Arguments of all parties

Initially, Ukraine, in negotiations with the Russian Federation on a new contract for gas transit to Europe, stated that it would defend the following conditions: the contract should be signed for 10 years and the minimum volume of gas transported should be 60 billion cubic meters per year with the possibility of increasing it to 90 billion cubic meters. And the agreement should be based on European principles. 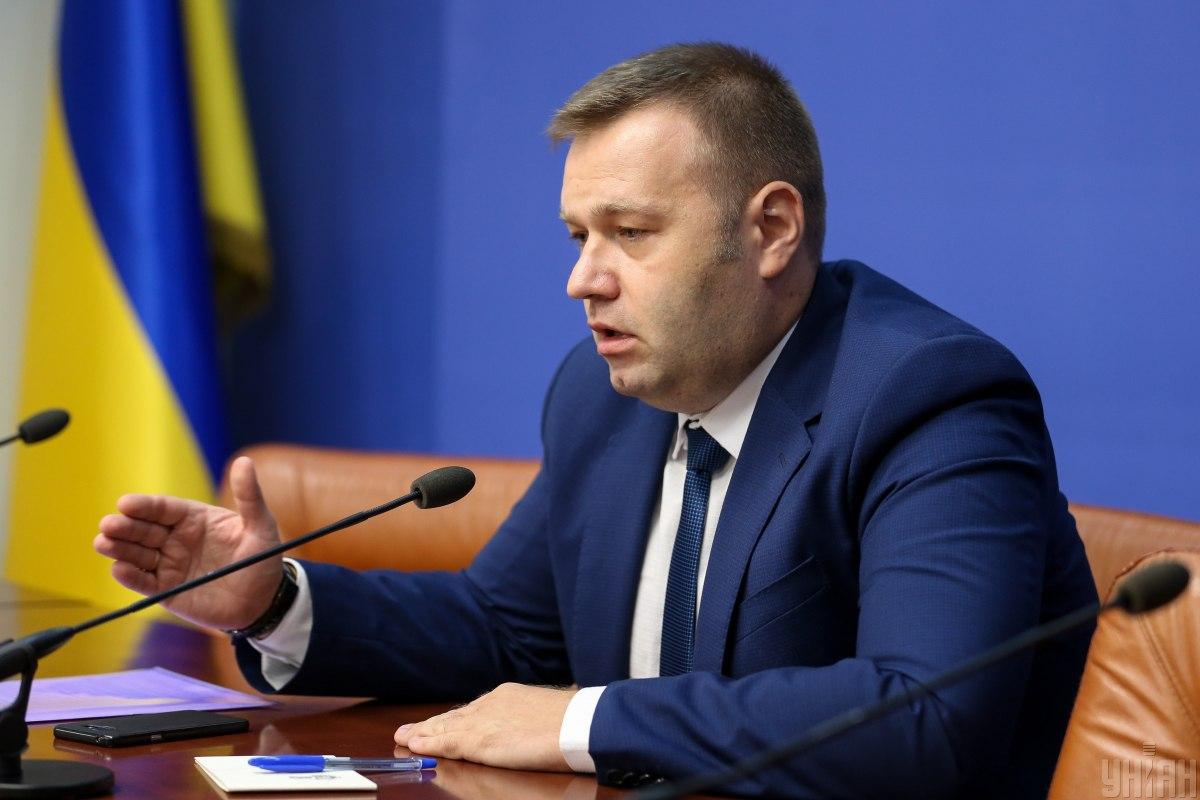 The Russian side, in turn, stated that a long-term contract is possible only if the conditions of the existing contract are met. In addition, they insisted on a settlement on the verdict of the Stockholm arbitration, which ordered the Russian side to pay more than $2.5 billion in favor of Ukraine. An alternative condition for the Russian Federation is the signing of a short-term, for example, a 12-month gas agreement.

At all previous negotiations, Kremlin envoys kept repeating only one thing - no EU energy regulations regarding gas contracts with Ukraine. Say, Kyiv is not ready to switch to the European rails, which involve the separation of Naftogaz’s  powers into supplier and transit structures on the principle of the Third European energy package. Indeed, this issue had not been resolved for several years. At that time, the Groysman Cabinet of Ministers and the leadership of Naftogaz were arguing about the model of unbundling. But the problem has exhausted itself on September 18. On the eve of trilateral negotiations, the new Cabinet, headed by Prime Minister Oleksiy Honcharuk, transferred the management of Gas Pipelines of Ukraine from the Ministry of Energy and Environmental Protection to the Ministry of Finance.

"We updated the unbundling plan, defined clear lines, identified the responsibility of each side. I can state: we made the necessary decisions in order to ensure the separation of the GTS and the possibility of signing an agreement [on gas transit] in accordance with the requirements of the Third Energy Package and European legislation," said Orzhel. According to him, all technical issues will have been resolved before the end of the year.

Russia was forced to a dead end – there are no obstacles to signing a gas transit agreement on Ukrainian (European) conditions. The position of the European Union, which is interested in maintaining transit via Ukraine, was also important. It needs clear guarantees of gas supplies, which, for today, can only be given by our country.

EU Commission Vice President Maros Sefcovic said the negotiations saw a positive and constructive atmosphere. Speaking at a press conference following talks, he thanked both the Ukrainian and Russian delegations for this atmosphere.

There was a "convergence" of positions on most issues discussed, he said. The EC vice president noted that both Ukraine and Russia "agreed in principle" that the future gas transit contract should be "based on EU law and EU rules".

Naftogaz also commented on the outcome of the talks on its website.

"Naftogaz notes the interest of the Russian side in constructive negotiations and their higher willingness to accept the modern regulatory framework for gas transmission via the Ukrainian GTS. In particular, for the first time Gazprom accepted a possibility to work in line with European rules since 1 January 2020 if they are fully implemented in Ukraine by the end of this year," the company said in a statement.

Within the framework of this process, the Ukrainian side presented to the parties Ukraine’s future independent TSO – Gas Transmission Operator of Ukraine LLC. The new operator handed over a draft interconnection agreement and a draft standard transmission agreement to the Russian side. Naftogaz, for its part, provided the Russian counterparts with a road map for the completion of the TSO unbundling. The parties also outlined the issues where no common position has been reached so far and agreed to continue the discussion in October. 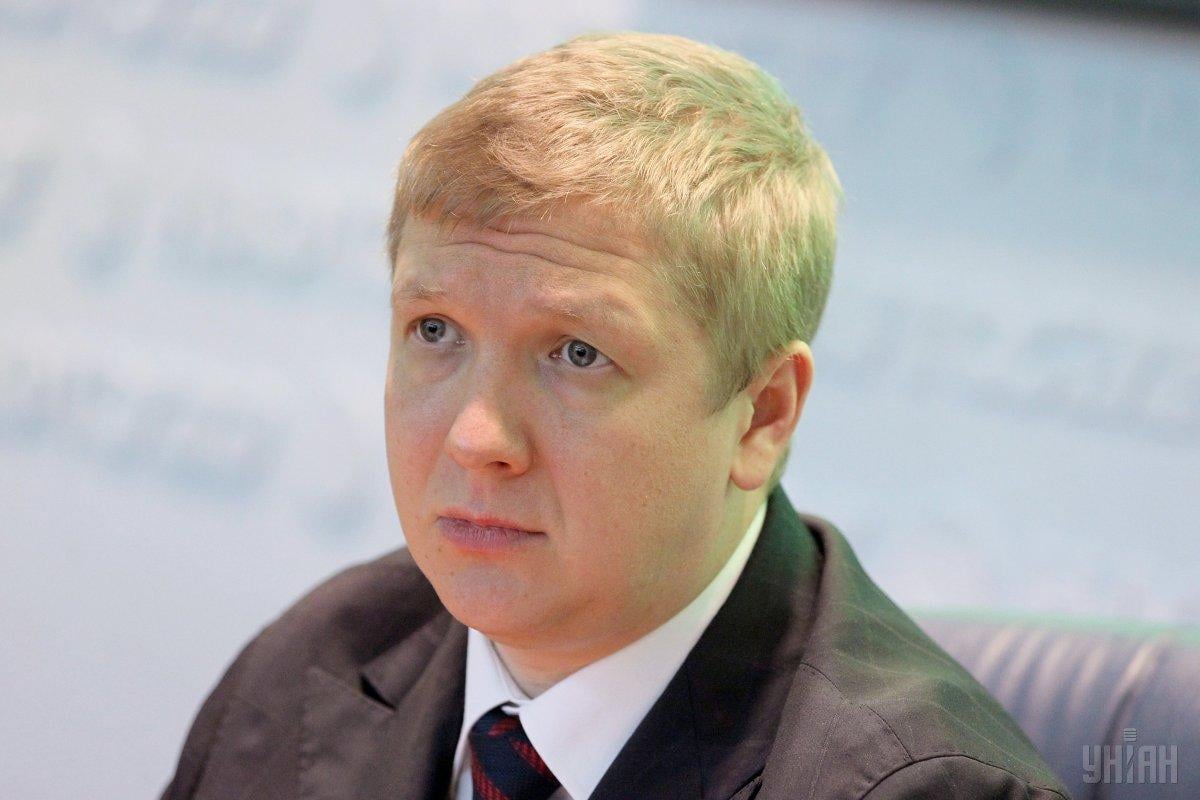 "The major progress is that we have started to discuss the application of European rules to Russian gas transmission through Ukraine. We are moderately optimistic about that. Nevertheless, we are prepared to the worst-case scenario better than ever," the statement says. × "By the next round of talks, we have a lot of homework to do in terms of the improvement of Ukrainian legislation. We need to redeem the time lost in attempts to reinvent some "unique wheels". The experience of effective cooperation to agree a working mechanism for unbundling we have had over the past three weeks is inspiring. With the same approach to ensuring full compliance of Ukrainian gas regulations with European rules, we will get the things done properly and in due time,” said Naftogaz CEO Andriy Kobolyev.

"But the experience of effective cooperation in the process of agreeing on the working mechanism of unbundling over the past three weeks is very inspiring: if we also approach bringing the Ukrainian gas sector regulation in full compliance with the European one, we will do everything on time and with high quality," said Kobolyev.

Naftogaz CCO Yuriy Vitrenko also commented on the gas meeting on Facebook: "As expected, we did not reach the negotiations – the Russian side has not yet accepted a consolidated position of the European and Ukrainian sides. Refusal to implement the decision of the Stockholm arbitration cannot be a prerequisite for the start of negotiations on a new transit contract. On the positive note, I would say that the parties are ready to continue consultations on the implementation of European rules in Ukraine and their application to the new transit contract. But the time until the contract expires is running out, and negotiations haven't startet yet. Therefore, unfortunately, we need to continue to prepare for the termination of transit from January 1. Well, and neither should we allow that the use of these tripartite 'consultations' are an excuse to build the Nord Stream 2".

Until the end of October, when the next round of tripartite "gas" negotiations is scheduled, Kyiv must implement all technical procedures for the full completion of the Naftogaz unbundling. This is one of the main prerequisites for concluding a new gas transit contract between Ukraine and Russia according to European rules. Moreover, the gas deal is needed by all parties to the negotiations – Ukraine, the European Union and Russia, and it should be concluded before December 31. There is not much time left, and it must be used to the full.