The balance of the week: the new tax chief, arithmetic of gas and the anti-record of inflation

The main economic news of the past week: Ukraine’s cabinet appoints Roman Nasirov head of the State Fiscal Service, Naftogaz Ukrainy unveils its audited financial report and increases its financial claims against Russia’s Gazprom, and annual inflation breaks an anti-record.

The selection of the head of the State Fiscal Service (SFS) in a contest held by the Ministry of Finance was the key event of last week. The cabinet appointed a current member of Ukraine’s parliament, Roman Nasirov, who was selected from 67 candidates who participated in an open competition. The government also appointed Serhiy Bilan as the first deputy head of the SFS, who will be responsible for the tax police. And Kostyantyn Likarchuk will oversee the customs service as a deputy head of the SFS.

“We have chosen the best candidate, in our opinion, and he has chosen his deputies,” Natalia Jaresko, Ukraine’s finance minister, said of the new appointments.

Newly appointed head of the SFS Nasirov is an MP from the  Bloc of Petro Poroshenko Bloc faction in the Rada, and the head of the parliamentary committee for tax and customs policy. 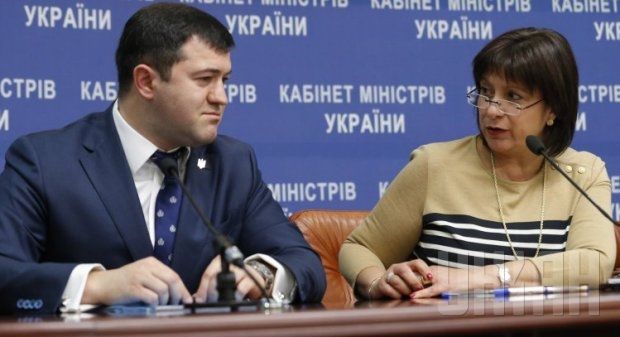 Jaresko: The new head of the SFS has three months to bring order to the service’s work / Photo by UNIAN

Previously, Nasirov worked with the ex-head of the SFS, Ihor Bilous, in the Kyiv office of the Renaissance Capital investment company. Bilous described Nasirov as an experienced manager and an effective legislator in the field of tax and customs policy.

But not everyone is happy with Nasirov’s appointment. One of the participants in the competition, Yulia Dragovoz, a member of the board of the Ukrainian League of Industrialists and Entrepreneurs, said she believes that Nasirov was chosen not for his professional qualities, but for political reasons. According to her, the process needn’t have been so complex if a political candidate was just going to be appointed all along.

“The contest took place in several stages, requiring the submission of a lot of documents and certificates; evaluations were made. But the whole system broke down when name of the winner was announced. Why make everything so complicated and still appoint Nasirov, whose appointment was discussed from the very beginning? This is ridiculous,” said Dragovoz.

The expert community also has quite an ambiguous attitude toward Nasirov’s victory in the competition. A once forgotten embarrassing episode has immediately started to be discussed again on Facebook - of Nasirov forgetting what income tax rates were set in Ukraine at a 2012 meeting with Georgian reformer Kakha Bendukidze.

However, the prime minister gave Nasirov and his deputies three months to reform the agency, according to Jaresko, to justify the appointment. Besides, the government instructed Nassirov to rotate personnel and change all heads of regional departments of the SFS.

“During these three months, the new chief must bring order to the work of the fiscal authorities and reduce corruption there, said Jaresko. [He must] change the vertical of the leadership at the level of regions and districts; ensure the appointment of new, unblemished personnel, who will be able to break up the corruption schemes. And, finally, increase tax revenues via de-shadowing and fight against tax pits.”

In response Nasirov said that during the next three months the management of the SFS must restore public confidence in the agency, take the first steps to form a new approach to tax administration, as well as establish a dialogue with taxpayers.

Also, according to him, in three to four months the new management of the SFS is to present a new tax reform plan. “Next year, the whole country should have a modernized tax system,” said the newly appointed head of the SFS.

The hole in Naftogaz 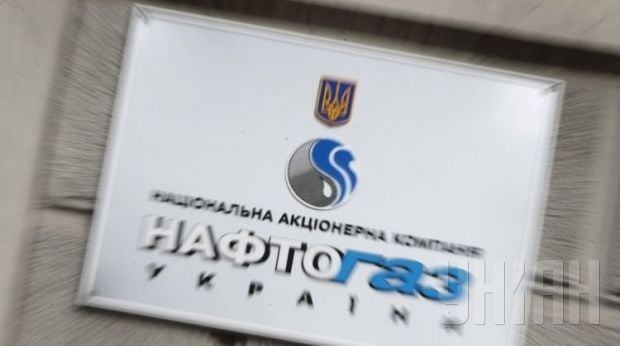 Last week the results of an audit of the 2014 financial report of Ukraine's largest state energy holding Naftogaz Ukrainy were published. According to the document, last year the company saw a $28 billion loss on sales of natural gas to households at a price 4.5 times lower than the purchase cost. The company mentions that it managed to reduce its loss from the sale of imported gas to households to $28 billion due to profits from the sale of gas extracted in Ukraine.

“Naftogaz supplied nearly 70% of the gas sold in 2014 to the specified categories of consumers,” says the company’s report.

In general, Naftogaz linked is “financial hole” to the net loss to the devaluation of the hryvnia or UAH 37.9 billion, another UAH 21.7 billion to Crimea’s annexation and the military operations in the east, and $28 billion in losses from the sale of natural gas for the households.

Also the total amount of financial claims of the Russian gas monopoly Gazprom against Naftogaz in the Stockholm arbitration became known. Two claims of the Russian company account add up to almost $24 billion. The first of them was filed by the Gazprom against Ukraine in the Stockholm arbitration in the summer of 2014, amounting to $4.5 billion, for unpaid-for gas deliveries. Naftogaz does not recognize the debt, saying it is due to the inflated prices of Russian natural gas.

“In November and December, 2014 [Naftogaz] paid $3.1 billion to Gazprom for supplied natural gas, which the company considers the full amount of its obligations,” says the financial report from Naftogaz.

In turn, the Naftogaz also increased its own claims against Gazprom, to $16 billion. The Ukrainian energy holding wants to obtain payments from Gazprom under its contract for the transit of Russian natural gas via Ukraine to the EU, the terms of which Naftogaz says the Russian gas monopoly has not been meeting since 2010.

Also last week, Ukraine stopped importing natural gas from Hungary and almost halved its purchases in Slovakia. At the same time, unable to completely abandon purchases of gas from its “brother” state, Ukraine has doubled its imports from Russia.

The decision to increase purchases from Russia was made on the basis of a three-month contract signed on April, 1 for the supply of Russian gas to Ukraine at a price of $248 per thousand cubic meters. According to Energy Minister Volodymyr Demchyshyn, the European gas price for Ukraine at that time was about $270-280. 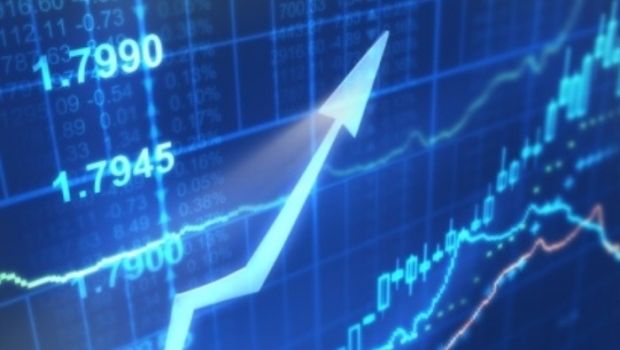 Last week, the State Statistics Service announced April’s inflation rates, which were rather disappointing for Ukrainians. Compared with March, consumer prices rose in April to 14%, up from 10.8%, due to the hike of energy tariffs. In annual terms inflation accelerated to 60.9%, up from 45.8%. Thus, for the first time since 1996, consumer price inflation in Ukraine broke an anti-record.

Overall, the inflation rate in Ukraine amounted to 37.1% since the beginning of the year.

According to the State Statistics Service, compared with March, the biggest increases were seen in the prices of natural gas - by 5.5 times, electricity - by 33.6%, and pasta - by 10.7%. In annual terms, comparing to April, 2014, the price of natural gas has increased by nine times, of sunflower oil – by two times, of fruit - by 1.9 times, and of bread and bakery products, as well as fish and fish products – by 1.8 times.

Experts believe that after the sharp April rise consumer inflation may slow down this month. According to Andriy Shevchyshyn, a leading expert at the Forex Club in Ukraine, the level of inflation in Ukraine could reach 1.8% in May, while the annual growth rate will drop to 57.8% in this case.

“The increase in food prices may slow in May due to seasonal factors, the stabilization of the currency market and fuel prices. In addition, it is worth noting that food prices grow faster than producer prices, which also lays down the foundation for stabilization,” said Shevchyshyn.

On May, 6, the Board of the National Bank of Ukraine unveiled changes to the fundamentals of its monetary policy for 2015, to maximize the possible reduction in the rate of inflation in annual terms. According to the document, the current government's forecast for 2015 has three possible scenarios of inflation for the year (December to December) - 26.7%, 38.1% and 42.8%, none of which, according to the NBU, can be used as an objective of monetary policy.

Quantitative performance criteria and indicative targets of the program of cooperation with the IMF on net international reserves, net domestic assets and the monetary base were proposed as operating targets of monetary policy.

The Donbas energy market and the strengthening of the hryvnia

Among other important events of the past week was the government's decision to withdraw from the occupied territories of the Donbas from Ukraine’s energy market. 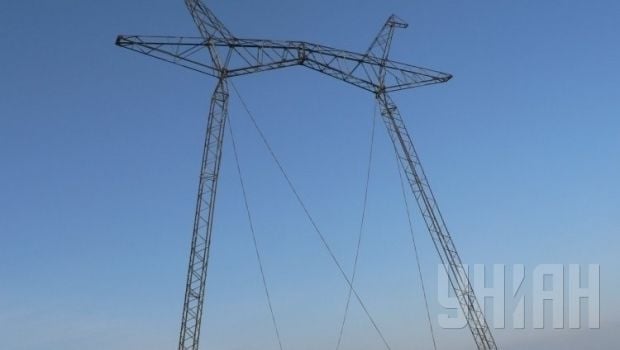 The cabinet has withdrawn the occupied territories of the Donbas from Ukraine’s energy market. / Photo by UNIAN

At the same time the purchase and sale of electricity between the main territory of Ukraine and the uncontrolled area of the Anti-terrorist operation was banned, as well as imports of electricity via the occupied territories in the country’s east. Payments for nodal transfers of energy are the only kind permitted.

The decline in foreign exchange reserves of the National Bank was another important event of last week. According to the state regulator, they fell by 3.4% in April – down to $9.631 billion. The negative trend was primarily due to the need to make payments to repay and service the national debt in foreign currency in the amount of $737 million. In addition, the level of reserves was influenced by the intervention by a regulator, which sold foreign currency worth $240 million, out of which $140 million was sold to Naftogaz. The volume of interventions to purchase foreign currency amounted to $158 million dollars.

One positive bit of news last week was the strengthening of the hryvnia.

The Ukrainian hryvnia has begun to strengthen / Photo by UNIAN

The value of the national currency started rising from Tuesday, May 5, when the rates were established at the level of UAH 21.00/21.16 UAH to the dollar on the interbank market. By the end of the week, the hryvnia had strengthened by 55 kopeks, and the interbank closed on Friday, May 8, with the rates of UAH 20.45/20.55 to the dollar.