Ukraine concludes 2019 with small economic victories, grounds for high hopes, and reasons for certain disappointment. The upcoming 2020 may also be full of changes, and the declared reforms can thoroughly shake up the national economy.

Many citizens will remember the outgoing year, first of all, for a complete reset of power. Ukrainians in spring elected a new head of state, and in the summer radically updated the composition of parliament, which allowed the formation of a new government in late August.

As a result of the elections, a unique model has developed in which the final say in almost all areas of activity, including the economy, belongs to President Zelensky. It is yesterday's 41-year-old showman and actor who sets the tasks that are being implemented by the pro-presidential majority in the Verkhovna Rada and the Cabinet of Ministers of 35-year-old Oleksiy Honcharuk.

Although conflicts between the three "centers of power" (president, parliament, and government) seemed inevitable to many, so far this mechanism has been working more or less in harmony.

The parliament elected at the early elections has launched a "turbo mode", at first adopting a rather large number of laws of various levels of quality, which the previous parliament could not approve for many years due to political confrontation. 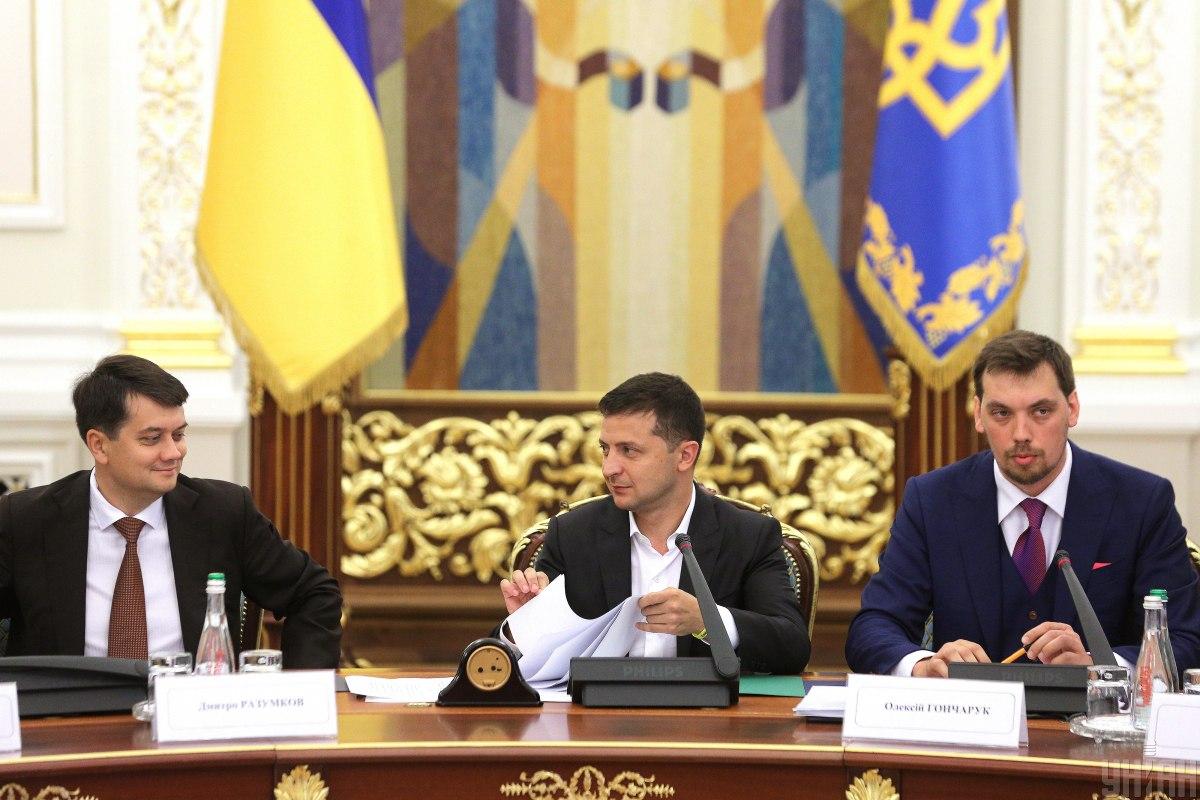 The Cabinet of Ministers in the new model of power quickly responds to the wishes of the head of state, although this clearly puts the ministers in the position of those who are being led, and, at times, this affects the government's popular rating.

It's difficult to get used to it, because the predecessors of Zelensky and Honcharuk were political rivals rather than players working on the same team.

The new government was able to quickly get the support of the majority of deputies for the implementation of the five-year program, which is a set of rightful wishes. The key promise was the ambitious goal of achieving a 40% growth in the national economy in the next five years.

"We confirm that in the next five years we consider it realistic and set ourselves the ambition to come to a situation where our economy grows by 40%. To this end, we need to attract approximately $50 billion of investment over these five years. This is not a cosmic figure. It is large, ambitious, it is much larger than the one we are attracting now, but it is quite realistic," Honcharuk said in September.

Obviously, achieving this goal will fundamentally change the quality of life in the country. However, Ukrainians, taught by bitter previous experience, are in no hurry to believe the bright promises of officials. The country is waiting for the actions of the team, whom voters gave almost all the power in the country.

The national economy at the end of 2019 is seeing conflicting indicators. The growth of gross domestic product in the outgoing year is likely to exceed the indicator of 2018 by a little more than 3%. However, due to the lack of an adequate industrial policy, the industrial output index in November fell by 7.5% on year.

The outdated structure of national industry in the coming years will become the country's Achilles heel. The low quality of industrial assets in the absence of sufficient funds for its modernization in the context of ongoing mass emigration plants a "mine" under the optimistic plans of the government of young reformers. Active deindustrialization of the country must be opposed by an effective strategy. But is there any?

Representatives of the Cabinet of Ministers so far promise to promptly prepare memoranda of cooperation with industry players. They even consider the possibility of supporting a number of industries, including mechanical engineering and metallurgy. 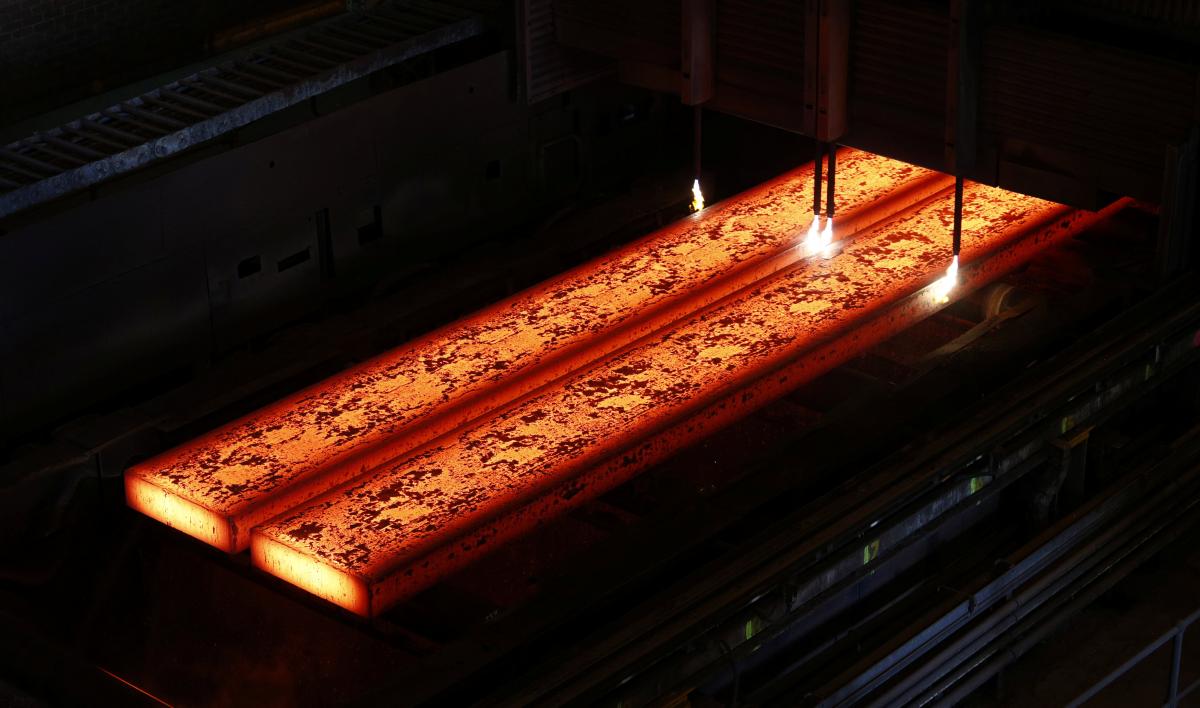 "We're identifying key challenges that the government should address. It may be support programs, but the programs will be very targeted," said Tymofiy Mylovanov, Minister of Economic Development.

It is not clear where the government is going to take "extra" money for the state budget, which is experiencing significant problems. Apparently, the salvation of the sinking industry will become an additional burden to those priority challenges the government plans to address in 2020.

The national budget of Ukraine as a result of an unexpectedly strong strengthening of the hryvnia and a number of other factors over the eleven months of 2019 fell short of UAH 56 billion of target revenues. And this is after the Verkhovna Rada in late October lowered the plan for state budget revenues by UAH 20 billion!

According to the State Treasury, budget revenues stood at 94% of the plan, which was the worst indicator since the crisis of 2008-2009. This led to the fact that at the end of the year the Cabinet of Ministers decided to suspend financing of a number of unprotected government expenditures, having launched an actually manual regime for the Treasury to consider them. The government recognized that this year the state budget will not be fulfilled on revenues so state companies were not allowed to play their traditional December game of "appropriating all funds at the last moment."

One of the important news of the outgoing year was the approval of the Medium-Term Government Debt Management Strategy for 2019-2022, which provides for a reduction in the limit on public debt to GDP ratio from 52% to 43%.

The government plans to increase the share of debt in national currency, make debt servicing payments more even, attract soft financing, and establish closer relations with potential investors. When implementing the strategy, Ukraine will not only cut its debts in absolute figures, but also significantly improve its credit ranking, therefore the country will be able to attract loans on more favorable terms, and for a longer period.

So far, the situation is such that Ukraine is forced to re-borrow, since the national economy fails to fully meet the development needs. Moreover, in the past year, the government couldn't conclude an agreement on a new cooperation program with its key creditor, the International Monetary Fund. Negotiations on the new program in the amount of about $5.5 billion were postponed until the first quarter of 2020.

Brain drain and exodus of workforce

One of the unresolved issues of the past year was the difficult situation on the labor market: the government and businesses cannot yet stop the outflow of citizens abroad. In the coming years, this could hurt the economy and bury plans to achieve stable annual economic growth rates of 5-7%.

"There is a reduction in the labor force on the labor market. At the same time, there is high unemployment, while the number of people on the labor market is decreasing, including as a result of labor migration. There is an increase in demand – the economy is growing and so is demand for labor. Wages are low, too. They did grow somewhat, but the growth is low compared to the country's neighbors. At the same time, there is a shortage of highly productive workforce," admitted Economy Minister Mylovanov.

But here there are timid glimmers of hope: the strengthening of the hryvnia against the dollar in 2019 by sixteen percent to UAH 23 per dollar allowed increasing the incomes of Ukrainians and somewhat slow down labor migration.

Over the past four years, the gap between the average salaries in Ukraine and Poland, where labor migrants mainly travel, has almost halved. And this is logical, since the salary of an average Kyiv resident, if converted into dollars, has grown over the year from $500 to $700.

The National Bank predicts a further increase in the salaries of Ukrainians, expecting that in the medium term the real pace of this growth will be 4-6%.

So what awaits the national economy in 2020? It is obvious that the authorities will promote a reform agenda with emphasis on fulfilling Zelensky's campaign promises. Ukrainians should expect the development of one of the most promoted items of the president's agenda – the State in Smartphone program.

Deputy Prime Minister Mykhailo Fedorov, who is responsible for this field, names digitization of bureaucratic procedures one of priorities aimed to reduce corruption and the number of officials, transformation of national business based on digital technologies and "transformation of the Ukrainians' way of thinking."

“We will be the first state in the world, besides China, which will put the State into a mobile application," the 28-year-old deputy prime minister said, outlining the tasks facing the government. 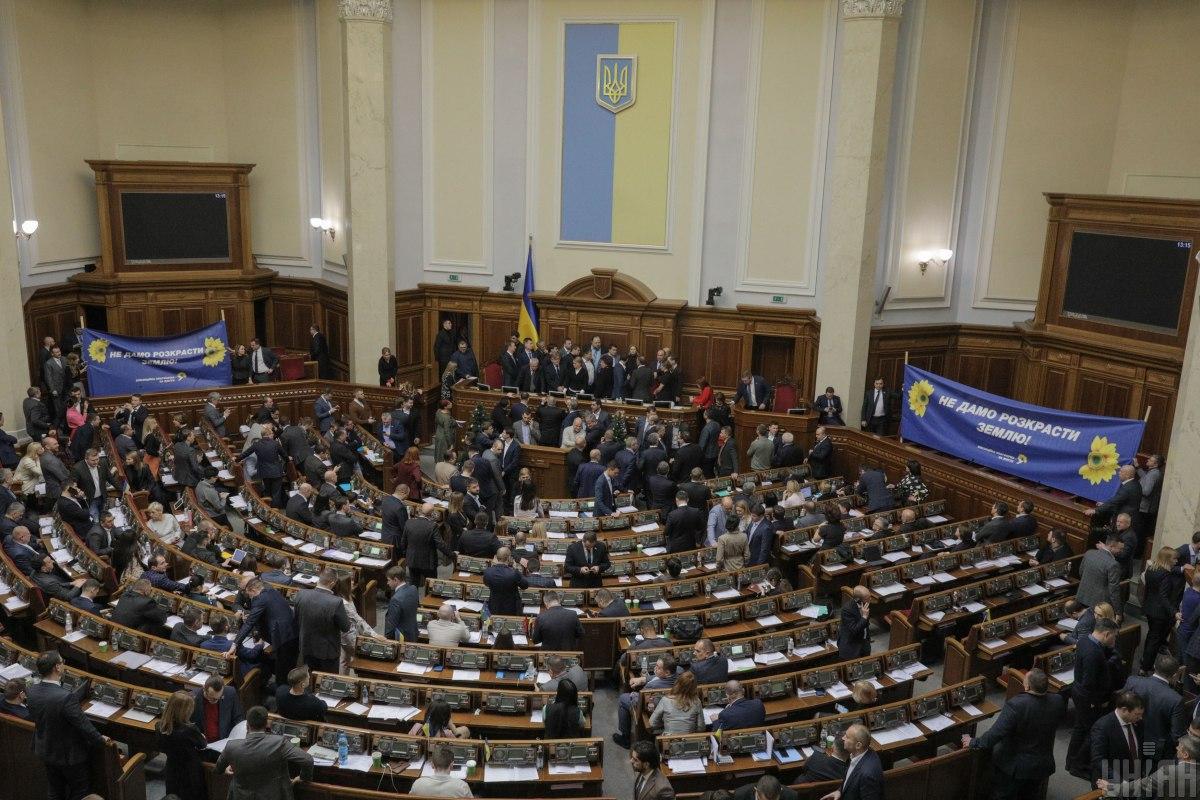 In the near future we will find out how Ukrainians will feel in this new reality, as many of them so far have no stable Internet, and partly because of low incomes, they cannot afford buying a smartphone.

The most important direction of government reforms in the coming year should be large-scale privatization. Moreover, the monetary issue, as promised by the new head of the State Property Fund and the ministers, will not be the main one. This means that finding and attracting effective owners will take precedence over the amount of the sale.

Parliament has already canceled the list of companies not subject to privatization, and only strategically important ones will be included in the new list. In the coming year, the government also plans to launch the National Welfare Fund, which instead of ministries and departments will manage the assets that the state is not going to dispose of.

The impetus for attracting investment should be tax reform, a project which the government promises to present in the spring of 2020. While there are not too many specifics as of now, except for hints at introducing an exit capital tax, which the previous government unsuccessfully tried to promote.

One of the most important sources of investment may be the long-awaited opening of the land market from October 1, 2020. In November, people's deputies managed to pass a bill at first reading, after which several thousand amendments were registered, which can take a long time to be considered. A part of the parliamentary forces openly sabotages the adoption of the bill, therefore serious battle can unfold around this reform, and not only in the Rada session hall.

The government also relies on the active development of infrastructure projects, and to this end, a record amount has been laid in the state budget for road repair and construction. Projects are being developed for the Lviv-Stryi, Kyiv-Bila Tserkva, Lviv-Ternopil, and Lviv-Krakivets concession roads, as well as airports and train stations.

Also at the beginning of 2020, the government will determine the winners of concession tenders for the seaports of Kherson and Olvia in Mykolayiv. In addition, the Ministry of Infrastructure is ready in 2020 to offer concession projects for managing the seaports of Odesa, Mariupol, Berdyansk, and Chernomorsk.

All this is the tip of the iceberg of changes that are prepared for the Ukrainian economy. It is hoped that next year Ukraine will be able to make a real leap into a new quality of life and economy, unless, of course, this is prevented by the next global economic crisis or a series of managerial mistakes by young reformers.