How will the sale of the Tsentrenergo company change Ukraine’s electric power market?

The state intends to sell its last asset in power generation industry - a company called Tsentrenergo – to French energy giant Gaz de France. A major foreign player entering Ukraine’s energy market may lead to a global transformation of the industry.

Ukraine’s cabinet has issued a list of objects planned for privatization. There are more than 300 companies on that list, with Tsenterenergo among them. The government is betting on attracting a major foreign investor with a good reputation. One potential buyer is French energy giant Gaz de France. The information on the possibility of such deal first leaked following a visit by Ukraine’s Prime Minister Arseniy Yatsenyuk to France in mid-May. Our sources in the cabinet call the sale of the Tsentrenergo to the French highly probable.

“Gaz de France is entering Tsentrenergo. Which is good, because Prime Minister Yatsenyuk has repeatedly invited European and U.S. companies to participate in the privatization of Ukrainian energy objects,” a source in the government has told UNIAN. Now, according to the cabinet, the French side is really interested in buying, while the Ukrainian government is interested in finding a foreign investor “with experience and a [good] reputation.”

Tsentrenergo operates three thermal power plants. This is the last of the state’s assets in the thermal power generation industry. All the rest were sold during the presidency of Viktor Yanukovych to businessmen from Donetsk - Rinat Akhmetov and Ihor Humenyuk - at ridiculous prices. The new owners got a return on their investment as early as almost in the first year. For example, establishing control over the Kyivenergo in late 2011 cost Rinat Akhmetov UAH 450 million, while a year later the company made a net profit of almost UAH 2.4 billion.

Another example was the sale of state-owned shares of Donbasenergo in the late summer of 2013 for UAH 720 million to Ihor Humenyuk. Just by the end of 2013 the company posted a net profit of over UAH 530 million, while its total revenues from sales of power was more than seven times higher than the amount of money spent by the Donetsk businessman to gain control over the energy asset.

As for Tsentrenergo, the company has a decent turnover. Just in 2014 it recorded a net income from power sales of over UAH 7.5 billion. According to market players, it is the ability to generate cash flow that the potential buyers will first of all pay attention to. And the French are no exception.

The past year was a real challenge for the Ukrainian energy sector. The war in the Donbas and the triple devaluation of the Ukrainian hryvnia have almost knocked the strategic industry out for the count. Even Ukraine’s largest private energy holding, DTEK, owned by Rinat Akhmetov, couldn’t stand up to the pressure and, being unable to pay its external creditors, was forced to negotiate a debt restructuring.

But in addition to the Russian terrorists, Ukraine’s energy market has another powerful enemy - a perennial lack of systemic reforms.

That is why all the players of the domestic energy market may be interested today in the purchase of Tsentrenergo by Gaz de France. A European public company entering the Ukrainian market will accelerate the process of liberalization of the sector, serving as a signal for other foreign companies to invest in the country's economy.

“[The purchase of Tsentrenergo by a foreign company] would be a very good signal for other foreign investors,” says Denis Sakva a senior analyst of the Dragon Capital investment company. In addition, according to the expert, foreign investors with good reputation may attract external funding for the renovation and replenishment of working capital on more favorable terms than local companies.

Also, the government's plans to sell Tsentrenergo to Gaz de France could mean there is indeed the political will for sweeping reform in the electric power market. Today, this sector is still deeply regulated and supervised by the state. The National Commission for regulation of the energy and utilities (NKREKU) sets the tariffs for all market players for sale of electric power. The sole purchaser of all electric power is the state, via the company Energorynok, which later resells it to the regional power companies.

Sakva lists the factors which scare off foreign investors from the domestic energy market, “Weak predictability of the legislation, the market and the tariffs. There is strict regulation of the sector and little room for maneuver. There are situations in which companies are forced to incur losses (selling electric power at prices significantly lower than production cost). There is the presence of the single buyer of electric power (Energorynok).”

Market liberalization represents a complete change of the model of Ukraine’s electric power industry. Energorynok would be liquidated, energy generating companies would switch to direct contracts with consumers, also there would be no more cross-subsidies – when industry pays a deliberately inflated price for electric power to cover lower tariffs for the public. The exchange trade of electricity would be implemented, and the market would become competitive, while the power companies would no longer face artificial losses.

Between coal and war

In 2014, Ukraine lost control over the part of the Donbas where all its reserves of anthracite coal are located. The state’s attempts to provide Tsentrenergo with scarce imported coal were discredited by a corruption scandal. After that, the state company established a small supply of anthracite from the occupied territories. Gaz de France is unlikely to agree to buy coal in the occupied eastern territories, preferring imported fuel.

However, according to Sakva, the current tariffs for selling electric power by thermal power plants limit their opportunities for the purchase of coal. Today, the companies can afford to buy coal at approximately UAH 1,000 per tonne, which prices them out of the imported fuel market.

“That is, in the beginning investor can invest in the purchase of coal, but if such a situation [of strict regulation of the market] remains chronic, it will all end up in a lack of coal in warehouses - and no foreign investor will be able to resolve the situation,” said Sakva.

Oleksandr Paraschiy, head of the analytical department at the Concorde Capital investment company, believes that the problem of the DTEK’s monopoly status in Ukraine’s coal industry remains.

“With DTEK’s monopoly in the coal market, an investor must understand what alternatives they have for purchasing coal,” said Paraschiy.

Also, in his opinion, one shouldn’t forget about the risks of the ongoing war: the only power plant of Centrenergo – Uhlehirska – that is able to operate using a deficit-free grade of coal, is in the line of fire. “The third plant [Uhlehirska] is located only 20 km from occupied Debaltseve, which is a worrying fact,” said the expert.

"We can conclude: to sell this company to a foreign investor at a reasonable price, the government should answer all these questions. The ideal move is reforming the wholesale electric power market, and here Russia’s example is very telling,” summed up Paraschiy.

A mine into the bargain

The company Tsentrenergo is run by the Ministry of Energy and Coal Industry of Ukraine. Despite the fact that the minister Vladimir Demchyshyn (a former investment banker), sees no alternative but the state-owned company’s transparent privatization, he is still wary of selling Tsentrenergo to the French. 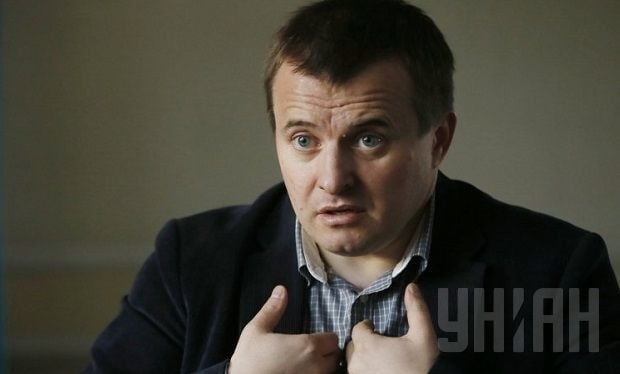 At a meeting of the Ministry of Energy public council, he said that he had had time to talk with the French and found that the potential buyers would be ready to import coal to Ukraine at a price of nearly $70 per tonne. Meanwhile, DTEK has the initial cost of coal for its own production of around UAH 800.

The minister predicts that the electric power produced Tsentrenergo will have a price above the level set by the NKREKU, and the French will certainly ask the regulator to raise the tariff.

“Everyone is eager to come quickly and try to raise the tariff. While I don’t know how I am to cover such tariff,” the minister complained to the members of the public council.

“The industry pays the highest price, but the households… I don’t even know how I should come out to the people and explain that we will further increase the tariff. [That we will] raise it, because we sold [Tsentrenergo] to a large, nice company? Because it can’t bring in coal?” said Demchyshyn, hinting that coal can be bought in the so-called Donetsk People’s Republic, as Tsentrenergo has been doing.

But if the French are persistent and don’t give up on the idea of buying the Ukrainian asset, Demchyshyn still has a surprise for foreign investors - selling Tsentrenergo together with unprofitable mines.

“Is there anyone willing to take over such mines? We do understand that DTEK has privatized the good mines. That's right. I would also have done so if I were them. Why should I, in their shoes, bear this problem? Who would go into those mines? This will be the one who buys Tsentrenergo. Therefore, when speaking of Tsentrenergo, we understand that we catch on live bait, [which is the whole industrial] complex,” he said, explaining his position.

As justification, he elaborated that after the abolition of the government’s subsidies to the miners worth billions of dollars, there is just no money left to pay salaries.

The position of the minister supports the idea of Gaz de France entering the Ukrainian energy industry (actually, as well as any other foreign investor) can become reality only after the change of the rules on the internal market. It is unlikely that global companies will agree to buy coal in the occupied eastern territories and agree to play in a non-competitive environment.

Meanwhile, a French company is really interested in buying a Ukrainian power company. After all, our country still remains the most energy-consuming state in Europe, experiencing a shortage of electric power, which is compensated for by supplies from Russia. Moreover, there is a good chance of more electric power shortages in the near future because of the acute need to extend the operating period of some parts of the nuclear power plants, which means the termination of their operations for the duration of repairs. This means that Ukraine’s energy system is in dire need of technical modernization; otherwise it will be forced to continue buying electric power from an aggressor state.