Ukraine without Gazprom: Another step taken

Ukraine has signed an agreement with Hungary, taking another step towards diversifying its gas supplies. The document may effectively deprive Gazprom of control over gas transit to the EU, and halt Russian gas supplies to Ukraine in the future. But experts say Gazprom could fight back, and help from the EU might be needed.

Ukraine has received a real opportunity to provide itself with gas, without a contract with Gazprom, and to deprive the Russian monopoly of control over gas transit to Europe. The Ukrainian and Hungarian operators of gas transportation systems (GTS operators) - Ukrtransgaz and FGSZ – have signed an agreement on the interconnectors, involving the exchange of data on the operations of cross-border gas pipelines. This will eliminate Gazprom from the schemes of gas cooperation between Ukraine and the European Union.

While the Ukrainian media didn’t quite pick up on the issue, probably due to the sophisticated term “interconnector”, the Russian media responded immediately with vigorous comments. The Russians believe that it will be impossible for Ukraine to receive the expected result, as Kyiv will not be able to convince Gazprom to play on its energy market by the new rules. It is being underlined that Gazprom earlier included a condition in the 2009 gas contract prohibiting virtual reverse gas flow.

“Legalizing virtual reverse [gas flow] without Gazprom Export (Gazprom’s export subsidiary) is not possible, it would still be illegitimate form of work on in the wake of what is happening in Europe. Moreover, we have never received any invitation to discuss these issues, from anyone,” said the deputy chairman of Gazprom Alexander Medvedev.

Meanwhile, the signed document allows Ukraine to switch to a virtual reverse gas flow, according to the EU’s Third Energy Package, which was implemented in Ukraine in April 2015 by the adoption of a law on the gas market. This mechanism removes payments for transportation of reverse flow gas, and also creates the possibility of using Ukrainian underground storage facilities by the European companies. That is, certain preconditions have appeared for the creation of a gas hub on Ukrainian territory.

The agreement is the first such document signed with an EU member state, and it regards only Hungary. But Naftogaz also plans to sign similar agreements with Slovak, Polish and Romanian operators, which have been providing reverse has flow to Ukraine, and says these European partners are ready to do so.

The announcement by Naftogaz explains the legitimacy and benefits from signing the agreement, “Such operations [virtual reverse gas flow] are performed automatically by the European operators and do not create artificial demand in the construction of new facilities.”

Before the agreement, reverse gas had to physically cross the border from Ukraine to Hungary and then back - which implied the payment for transit, while now Ukraine will be able to retain on its territory a certain portion of the gas that is transited through Ukraine to Hungary.

The signing of these agreements was made possible from late May of this year, with the implementation of another principle of the Energy Community, which Ukraine is a member of since February 1, 2011. It is a network code of information exchange between GTS operators.

The Energy Community is a Regional Association of South-Eastern Europe, created in 2006 to provide the member states and the European Union with social and economic stability, and security of energy supplies. In the medium term, integrated energy markets are expected to be formed across the region. The main technical regulations are the Second and the Third Energy Packages (the First Package is no longer valid after the implementation of the second package). The basis of the second package (which entered into force in 2003) is the requirement for the separation of vertically integrated companies. The Third Energy Package, which Ukraine implemented only in 2015, entered into force in 2011. It consists of five documents designed to eliminate monopolies and anti-competitive activity on the EU gas market. Russia believes that the document is aimed against Gazprom as the main gas supplier to the EU, which is also engaged in the extraction of fuel, its transportation and sale. As a consequence, the Russian Federation did not ratify the energy package.

“In the EU, after the implementation of the Third Energy Package, [virtual reverse – UNIAN] is one of the basic modes of operation on the European gas market. It makes no sense to physically move gas. Take the example of supplying Norwegian gas to the Czech Republic, which has no exit to the sea and does not have common borders with the gas supplier. Gas comes into this country via Germany, but that does not mean that it is transported across the territory of Germany. Just the amount of gas which has been paid for is taken, and that is the virtual transportation,” said the president of the Strategy XXI Center Mykhaylo Honchar.

Naftogaz also explained that the next step to ensure full cooperation between European and Ukrainian operators based on the European principles is to obtain information from Gazprom on gas supplies to the EU, and adopting amendments to Ukrainian legislation.

“For co-operation between adjacent operators to become full-fledged, Gazprom must provide Ukrtransgaz with information on gas flows through Ukraine to Europe (shipper codes),” reads the statement by the national energy company.

Today, Gazprom does not provide the Ukrainian party with the so-called shipper codes, or information on the individual batches of gas it transports through the territory of Ukraine. The whole volume of gas is then given at the gas metering stations on Ukraine’s western border to Gazprom Export. After that Gazprom transfers the gas to the GTS operators of the countries neighboring Ukraine, giving them the shipper codes.

“Thus, Gazprom took up a number of important functions of a GTS operator, which is a violation of European energy legislation, as it creates limitations on full cooperation between the operators of the neighboring countries on the territory of the Energy Community,” Naftogaz officials say.

Without seeing the shipper codes, Naftogaz cannot agree on the purchase of gas, cannot perform any other commercial operations, or organize virtual reverse gas flow. Gazprom has repeatedly stated that it would not disclose the shipper codes, as such a mechanism was not provided for by the 2009 contract. In addition, Gazprom has repeatedly stressed that it considered the reverse gas flow, in general, as an unlawful actions by Ukraine. It also seems that Gazprom does not intend to consider the opinion of the Euro Commission, with its rejection of European regulations based on the fact that it is not a member of the Energy Community. It has also ignored the implementation of the Third Energy Package.

Naftogaz still hopes for reasonableness from Gazprom. At the same time, the head of the national energy company Andriy Kobolev says that if the Russian monopolist refuses to comply with the requirement of European legislation, a formal complaint will be submitted to the European Commission's Directorate-General for Competition, which has already been conducting an antitrust investigation into the actions of Gazprom.

Scenarios of the story with the shipper codes. 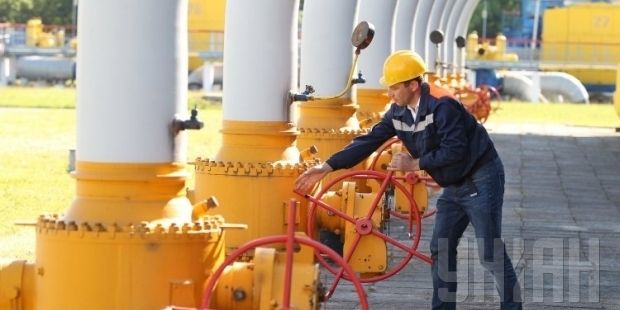 The issue at the top of the agenda: Will Ukraine be able to get Gazprom to disclose the shipper codes? / Photo UNIAN

Therefore, the main issue on today’s agenda is whether Ukraine gets Gazprom to disclose the shipper codes.

Valentyn Zemlyansky, director of the energy programs at the Center of World Economy and International Relations of the Ukraine’s National academy of sciences, is pessimistic. “We won’t be able to [get these shipper codes from Gazprom.] Gazprom has covered all the main directions of transit with long-term transit contracts. Changing the situation is possible only in the case of the revision of contracts between Gazprom and its European counterparts, as well as of the agreement on transit between Gazprom and Naftogaz,” said Zemlyansky. He believes that the signed agreement is more of a political success, rather than an economic one.

But even if the difference may be made by breaking the 2009 contract between Naftogaz and Gazprom, it turns out that there still is some hope for success. On June 16, 2014, Naftogaz filed a lawsuit to the Arbitration Institute of the Stockholm Chamber of Commerce concerning the establishment of a fair and market price for the gas that Gazprom supplies to Ukraine. The lawsuit also requires the recovery from Gazprom of overpayments for gas that has been supplied to Naftogaz by the Russian monopolist since 2010. The company estimates that the overpayment amounts to $6 billion. In addition, Naftogaz requires a revision of the contract on gas transit to Europe. On the same day Gazprom filed a suit to the arbitral tribunal demanding the recovery of a debt from Naftogaz of $4.5 billion for gas that was delivered but had not been paid for. The mutual claims of Naftogaz and Gazprom have been merged into one case in the Stockholm arbitration.

Ukrainian authorities are expecting on an interim decision of the Stockholm arbitration on gas contracts before the end of this year, which will allow Ukraine to receive Russian gas at the “interim” price. The hearings are scheduled for the late September 2016, and the decision is expected to be made before the end of 2016. That is, the issue with the provision of the shipper codes may be resolved in the near future, and EU assistance is important in this regard, say the experts.

“Nobody says that everything will happen simultaneously, that with a click of the fingers Russia will provide the shipper codes. Applying to the European Commission is logical, but we shouldn’t rely on the fact that the lazy and timid European officials will try to actively help us. On formal grounds, they will wash their hands, given the fact that the discussed issue is the subject of the contractual relationship between the two companies from non-EU countries. However, Europe should have put some pressure on Gazprom, as Ukraine is a member of the Energy Community, and has an association agreement, which provides for the mechanisms of interaction. Our country is entitled to count on assistance, but the past year’s experience shows that the European Commission prefers not to upset Gazprom than help Naftogaz, unfortunately,” Honchar said, commenting on the situation.

According to him, even with the claims in the Stockholm arbitration, the problem will not be resolved quickly. “The effect can only be seen if Gazprom understands that due to its intransigence its losses in Europe are growing, and then, perhaps, it will not object to this approach [disclosure of the shipper codes – UNIAN]. For Gazprom, as a business structure, the more gas is sold, the better, no matter how it is done. But on the other hand, we know that the real chief of Gazprom is in the Kremlin. This year’s winter has shown that the Gazprom was ready to take almost $6 billion in losses by limiting the supply of gas to European companies to thwart reverse gas flow in Ukraine. Therefore, if the European Commission was able to take a proactive stance, then it would threaten Gazprom with serious penalties that may follow the anti-competitive investigation against the Russian monopoly. But all we hear from Brussels is readiness for some compromise. In these conditions, Gazprom understands that there are no real constraining barriers,” the expert said.