Cabinet of unjustified hopes: what can Ukrainians expect from new government

The Verkhovna Rada at an extraordinary meeting on March 4, initiated by President Volodymyr Zelensky, dismissed Prime Minister Oleksiy Honcharuk and approved the new Cabinet composition. UNIAN tried to figure out what Ukrainians should expect from the new government.

The intrigue over reshuffles in the Cabinet of Ministers, which had been raising tensions in Ukraine's media space for a few days, has finally resolved – pretty quickly, too. An extraordinary Parliament session, initiated by President Zelensky, crossed all t's and dotted the i's, without too much "opposition" chatter, within just a couple of hours.

All can be explained in several sentences: the President delivered an address to Parliament, first voicing Ukraine's achievements during the Honcharuk Cabinet's work, then criticizing the shortcomings of the "outgoing" government with the promise to correct mistakes and keep everything under control. Then there was the "farewell" speech of the resigning prime minister – the youngest in Ukraine's recent history, who also held the seat for the shortest period. In best Soviet-era traditions, he claimed the results of the Government's work would be seen in the future.

Honcharuk's resignation, despite his political immunity, was backed by a majority of people's deputies. According to the legislation, all Cabinet members automatically resign along with the Prime Minister.

This was followed by the introduction of a new leader of the executive branch, Denys Shmyhal, a Lviv native and former governor of Ivano-Frankivsk region, who recently became Deputy Prime Minister for Communities and Territories, having replaced Aliona Babak (all appointments approved by Zelensky). Prior to the governorship, he was a top manager with Rinat Akhmetov's DTEK and headed Burshtyn TPP. By the way, during the presidency of Viktor Yushchenko he worked in the Lviv regional administration, while in the days of Yanukovych – he got into the presidential staff reserve. After the Revolution of Dignity, he worked as deputy chief of the Lviv regional tax service unit.

Most present in the session hall expected from Shmyhal some drastic changes, and that the things would go in a new way, while the shortcomings – like a billion hole in the budget, a record decline in industrial output, low pensions, opaque tariffs, headless healthcare reform, critical situation at the electricity and gas markets, failures of tax customs officials, corruption, wage arrears, and risks of the impending global crisis following the coronavirus – will remain in the past.

However, his key agenda point is that everything will pretty much keep moving in the same direction. His responses to question posed by MPs on pressing issues boiled down to "We'll see" or "We'll figure it out." There was also a bit of specifics though, for example, to revise the 2020 budget, strengthen the economic bloc, national security and defense, as well as deal with salaries of government officials.

Legislators agreed with the proposals put forward by the candidate for the premier seat and approved him in office before endorsing a new Cabinet composition within 30 minutes from the moments MPs heard the new names announced. 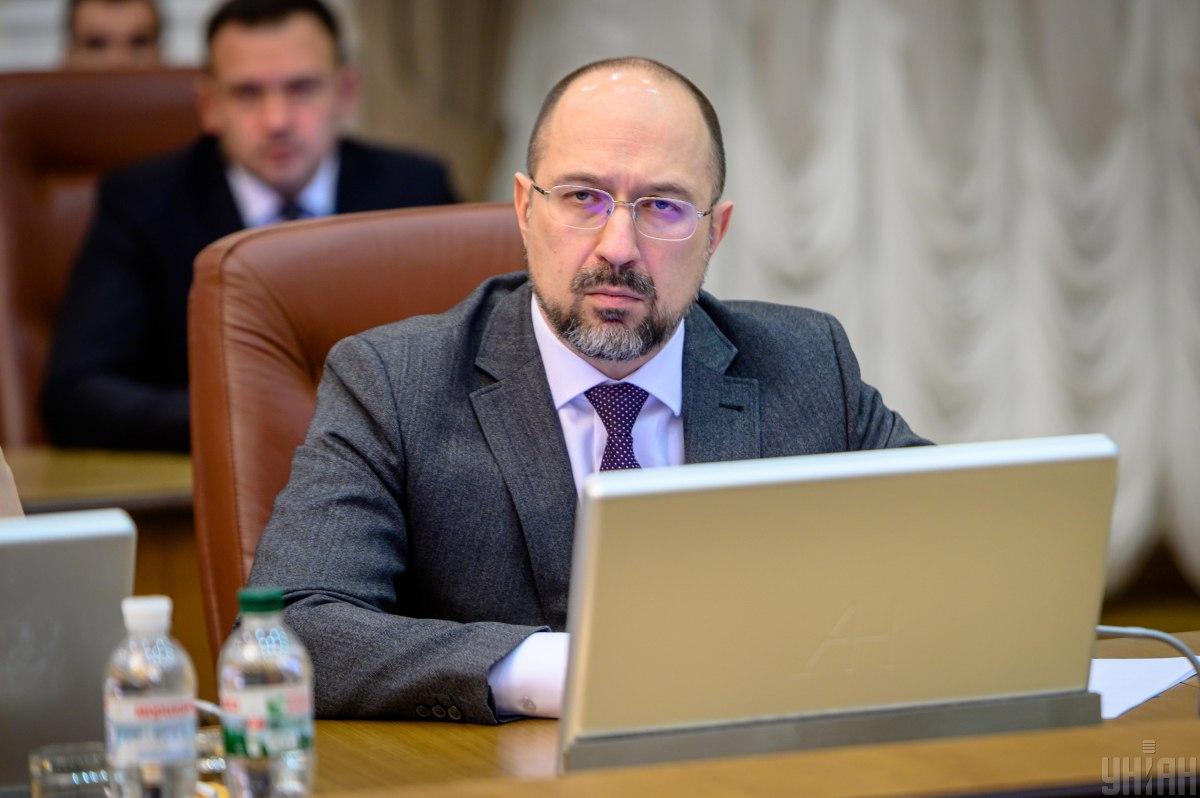 By the way, some ministers will be appointed next week. "We now have four vacancies in the incumbent government, and we plan to expand two more areas," Shmyhal said.

At the same time, he added that negotiations were being conducted with regard to these positions, first of all, with female candidates (before this, MPs criticized the new Cabinet over gender inequality, far more evident than in previous governments).

All "new" faces have turbulent past. Some worked in government agencies during the reign of Kuchma, Yushchenko, Yanukovych, and Poroshenko. Traditionally, for Ukraine, they are affiliated with big businesses, as well as with various oligarchic branches. Now they are called professional top managers, unlike the "new" faces of the Honcharuk government. Apparently, a great bet is being put on their experience.

But will the new government be effective?

Expert with the Ukrainian Analytical Center, Borys Kushniruk, believes it's clear messages of the new government that's important now on the direction Ukraine will move in. The Cabinet must not only address the current challenges, but also decide on a long-term perspective. And if the latter doesn't happen, it is very difficult to expect anything positive.

"It is necessary to have a vision of the future and to move strictly in this direction. Unlike the Honcharuk government, the new Cabinet, as well as other power branches, will no longer have a confidence limit. That is, they will face the fact that no one will give them a conditional 100 days without criticism. They will be attacked from the first day, from all sides, and it is very important to have talent for communication, the ability to explain their position, and do it as calmly as possible. In addition, it should be borne in mind that all new members of the government are 'strangers' to the leading party Servant of the People. Thus, they actually represent Zelensky, exclusively. Therefore, there is a possibility of facing an issue: on the one hand, it is not clear what influence [Andriy] Yermak (head of the President's Office) will have on them, and the second component is the possible pressure from Zelensky, who will look at everything in view of his personal rating. That is the main question – how the new Cabinet will be able to work with Zelensky, with the only person with whom they will have to deal. Plus it will be necessary to set up communications channels with Parliament, where the Servant of the People, alien to them, is in lead. Here they won't have an easy walk as the Honcharuk Cabinet did," the expert said. 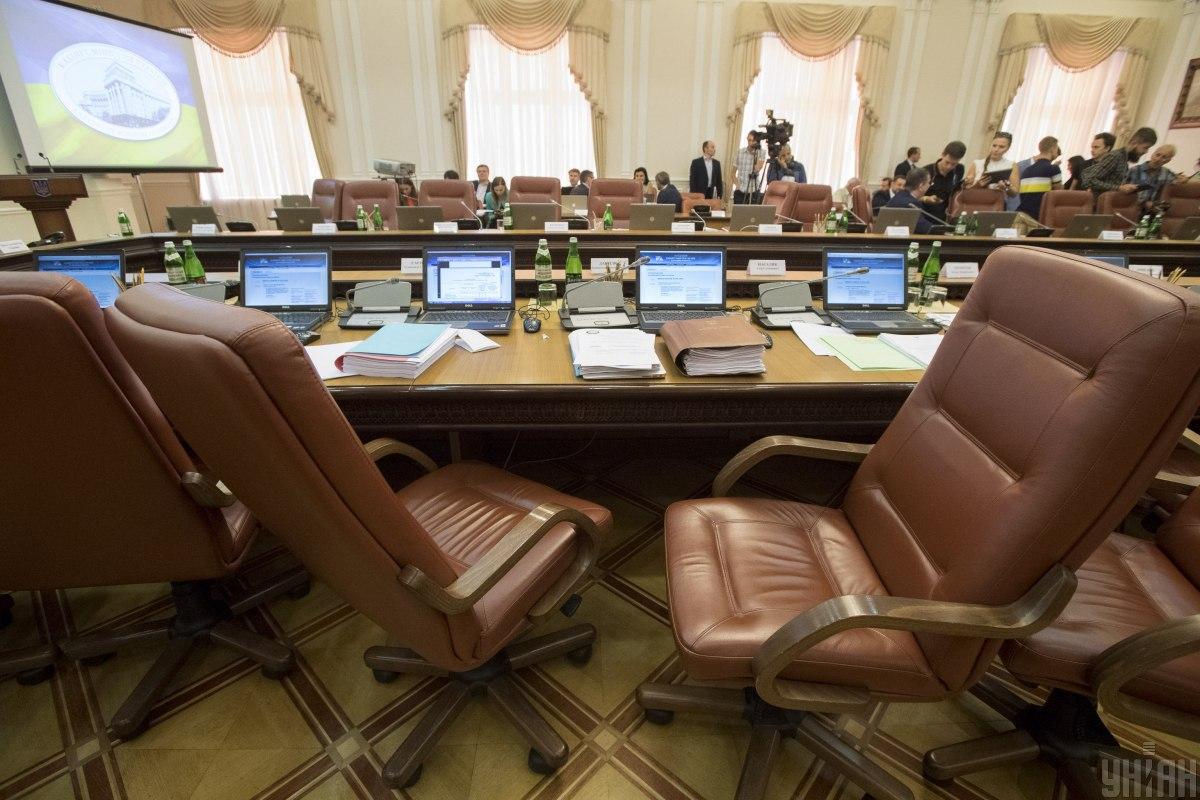 With regard to future relations with the IMF, the talks with the new Cabinet of Ministers should be expected, according to Kushniruk.

"But the government doesn't see IMF money going into foreing reserves (there's a more or less stable situation there at the moment) as  important as an incentive for building up confidence of Western investors. There are also agreements with the EU, the World Bank, and the U.S. that, without cooperation with the IMF, we can't count on their support," Kushniruk said.

"The new government is an updated version of Honcharuk's Cabinet. No systemic policy change is to be expected. If there was a will to eliminate fundamental causes that led to today's crisis in Ukraine, then before launching the new government, it was necessary to do some brainstorming, hold a discourse on the country's development strategy," he said.

"So far, we see that everything will be done according to the previous course, only with another set of people. There will be no positive changes, taking into account the new composition of government, neither social, not economic. Initially, the following had to be discussed: the lack of a quality industrial policy, an absolutely toxic model of public debt management, which actually squeezes all resources and discourages social budget items – health care, education, and science. These spheres are funded on a residual basis. We need to deal with the land market, talk about the anticipation of the global crisis, and large-scale privatization. By the way, the latter is not only meaningless, but also dangerous. Given the outflow of investors from emerging markets and the decline in profits of the largest transnational corporations, no one will invest in Ukrainian industrial assets. Also important is the conversion of raw materials into social goods – this is a long-standing issue," the expert said.

The need for further cooperation with the IMF, Kushch branded pure manipulation: "The need for cooperation with the Fund has been exploited by more than one government. Meanwhile, the fact of cooperation with the IMF means that the country has been infected with the crisis and is toxic. It is better not to approach it. For investors, friendship with the IMF means that there are big problems in the country. In developed economies, investors don't need any signals from the IMF. Cooperation with the IMF is important for lenders. This means that Ukraine will pay its debts, and that's what the IMF mission is about. For direct investors, this is a 'black flag'. As for the requirements set by the IMF, which, as a rule, governments exploit as an excuse for all their steps, it is a kind of 'veil' for domestic officials. The Fund only requires solvency on debt. This can be achieved in two ways: income growth and economic efficiency, as well as spending cuts, including on social expenditures. Our governments always to the latter way," the expert said.

Expert on tax law and financial investigations Sviatoslav Dubyna also believes that Cabinet reshuffles will not change the situation. Ukraine needs a strategy for getting out of the crisis, but today's ruling elite does not seem to have it, while their way of thinking does not allow seeing a bigger picture of what is happening in Ukraine and beyond. That is why every subsequent decision taken is worse than the previous one, the expert believes.

"But, apparently, we have to accumulate a critical amount of mistakes before we get to be reborn. So, strangely enough, the worse we make things for ourselves, the faster we will have a chance to fix the situation. However, this doesn't mean that everything will happen by itself. An economic breakthrough requires three components: a strategic vision for the state's development (a strategic center needs to be set up), clear KPIs for the government (GDP growth, output growth, investment attraction, trade and economic balance) and the last – professionals, or technocrats who will implement this without focusing on the political perspective. Will the proposed composition of the government be able to do so, having neither the first, nor the second, nor the third? I doubt it. But we will have to walk this path through," the expert said.

According to him, there is no traceable systemic approach on the part of authorities to addressing pressing challenges the country is facing, especially in view of the looming crisis – even discussions aren't being held in this regard. Meanwhile, cooperation with the IMF, Dubina claims, is just keeping the uncopnsious "body" alive: "The program does not provide solutions to problems, it is driving us into a debt hole from which there is no way out."

Thus, the new Cabinet is facing massive challenges, accumulated as a result of policies, including economic ones, pursued by previous governments. The impending global crisis, to which the coronavirus epidemic contributes, adds even more spice to a plate. At such a moment, it is important that the government think not so much about achieving growth but making sure not to allow an even greater fall.