Prime Minister Denys Shmyhal has dispelled hopes for an early completion of quarantine and announced a restart of the economy, which government forecasts say could drop 5% this year due to rising inflation and unemployment, while a special application has been launched to monitor the observance of self-isolation rules by Ukrainians – these are the key economic developments of the outgoing week.

This week, Prime Minister of Ukraine Denys Shmyhal announced government plans to ease quarantine measures in late April if the coronavirus rate subsides. The process will take several stages: first, people of working age will return to work while public transport will resume operations in order to "restart the economy" in early May. At the same time, Shmyhal explained, with the weakening of certain quarantine measures, others will tighten.

"Since the threat of the expansion of the coronavirus won't go anywhere in three weeks, the restrictions on leisure walks, mass gatherings, and other entertainment will still apply. Without exception, everyone will be required to wear face masks and adhere to quarantine. For older people, students and schoolchildren, the quarantine will be continued," he said.

Since some perceiver prime minister's words as a statement on quarantine termination before the end of April, he subsequently specified that the Cabinet would not return to this discussion until May, following the recommendations of the World Health Organization.

Once the epidemiological situation is normalized, Shmyhal promises to present a plan to relaunch the economy. The details of this plan are not yet known, while the economy, inhibited by restrictions and the lack of effective support measures, is only receiving one-time handouts. In particular, over the past week, the government expanded the list of facilities allowed to operate during quarantine, including construction projects, postal and courier activities, waste processing and storage facilities, hardware stores, and dry cleaning firms. 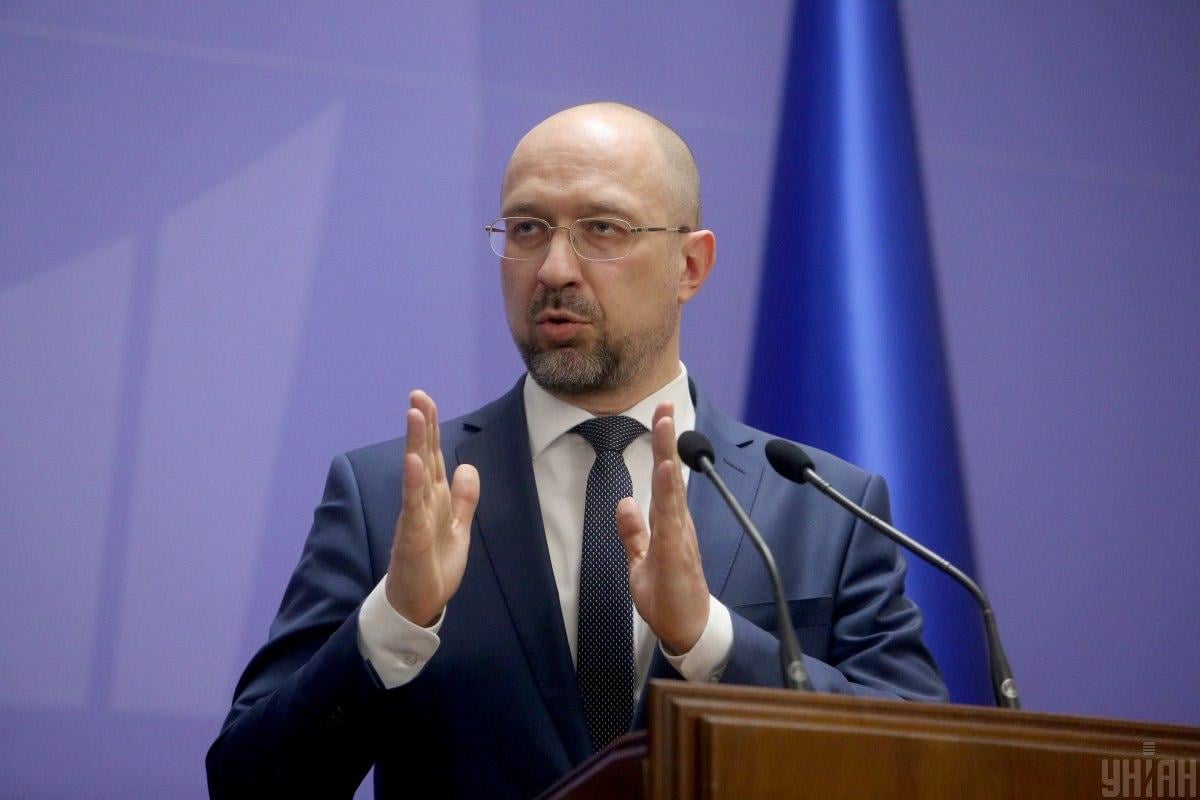 Last week, the government announced UAH 1,000 payments to pensioners receiving less than UAH 5,000 a month starting next week, while programs are being developed for financial assistance to people with low income, unemployed, low-income families with children, as well as small and medium-sized businesses.

Besides, the government, together with the National Bank, developed two programs of rapid credit support for small businesses. At the heart of the first one is a reformatted program of affordable loans for entrepreneurs, titled "5-7-9", which will refinance existing loans. The Cabinet of Ministers assured that the implementation of these programs will begin in the near future, while mechanisms for helping entrepreneurs are already being developed. 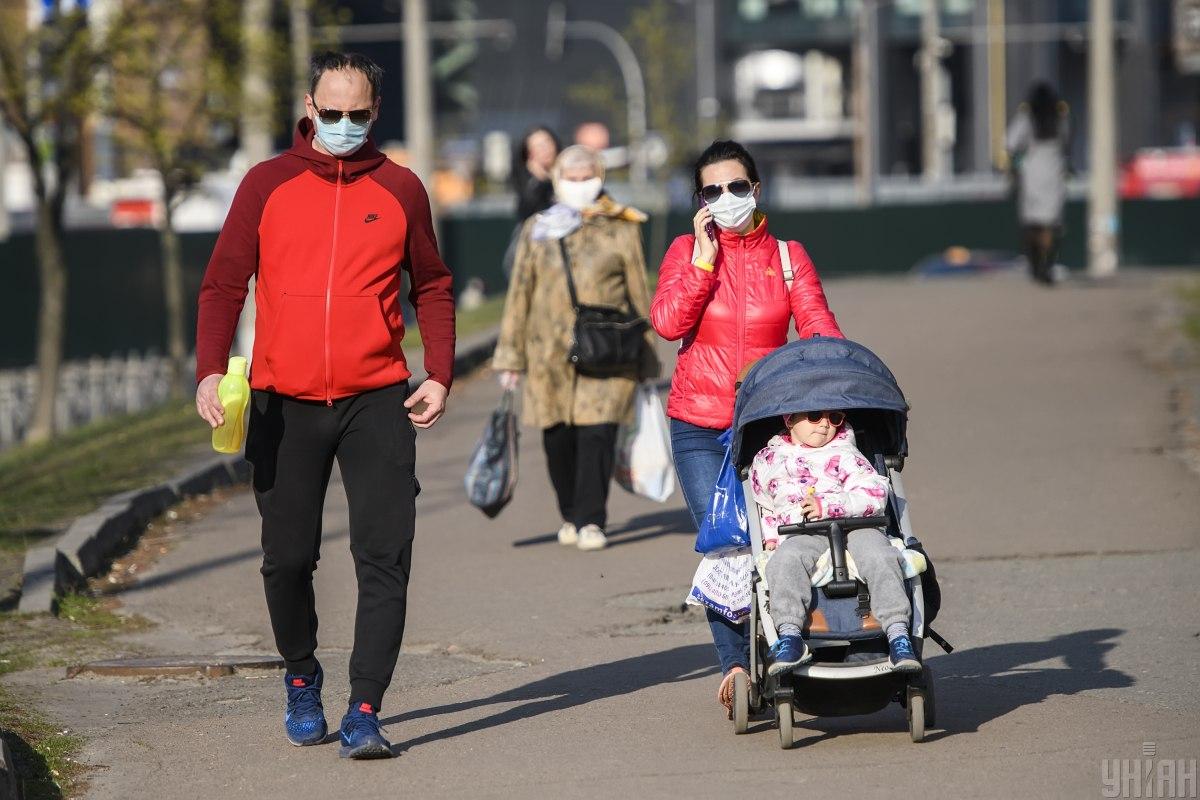 It's becoming increasingly clear that once quarantine is over, the life of Ukrainians will no longer be the same. Prime Minister Shmyhal announced the need for the introduction of new social standards of life, including new rules for public transport and social distancing standards, as well as regulations for staying in enclosed spaces and facilities.

One of the elements of the new life for Ukrainians will be the Act from Home (Diy Vdoma) mobile app launched last week to monitor compliance with self-isolation or observation rules using GPS data. Citizens who have potentially contacted infected persons, as well as those who must stay in quarantine will be obliged to install the app.

The Ministry of Digital Transformation presented a map showing self-isolation violations by citizens who returned from abroad after March 17. It appears, violations have been recorded all across Ukraine, with most cases reported in Kyiv, Kyiv region, and in the west of the country, which is logical given the geographical structure of the spread of the disease. 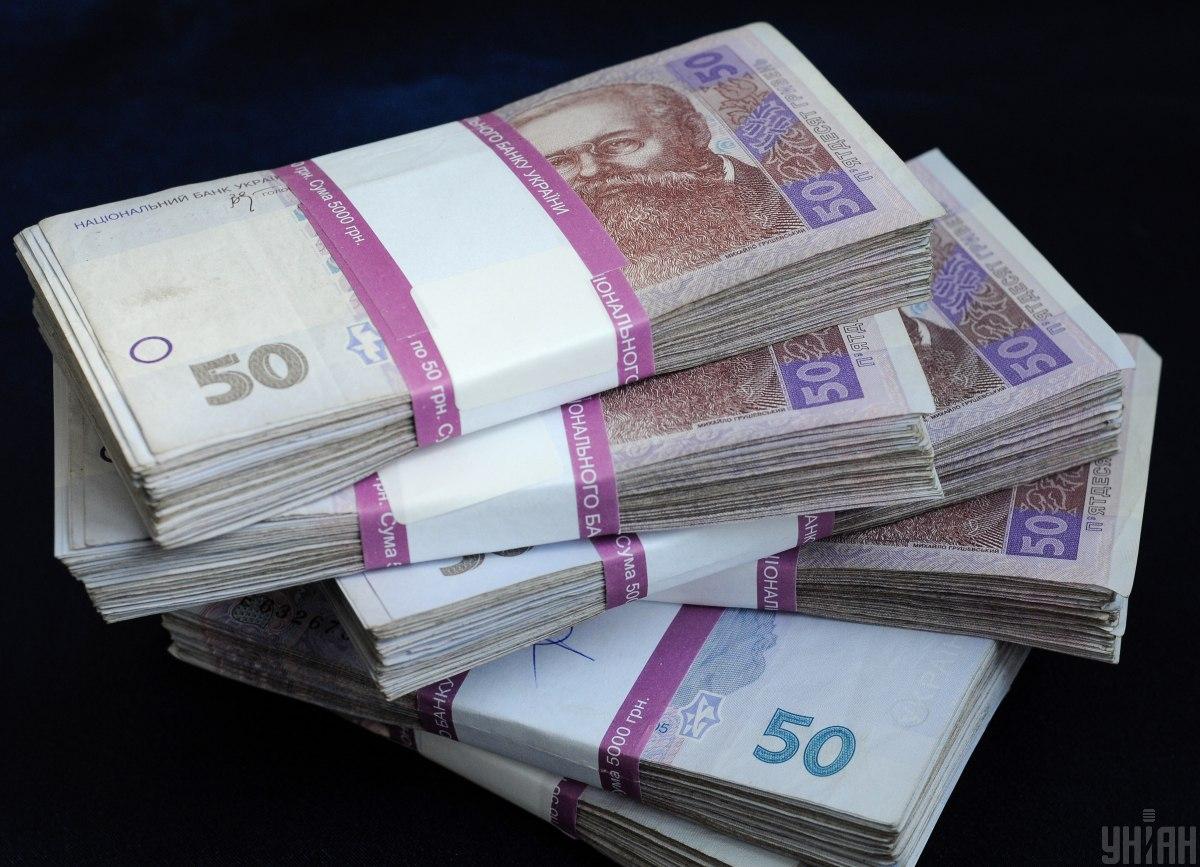 Government initiatives on supporting Ukrainians amid crisis require huge amounts of money, which the country simply doesn't have due to budget deficit. Over the past week, heated discussions broke out in expert circles about whether Ukraine should resort to printing more money, following the example of the United States, where the authorities made an unprecedented decision on financial assistance to the economy worth $2 trillion.

Last week, Danylyshyn harshly criticized the actions of the NBU board. In the absence of a positive decision of the NBU board on the repurchase of government bonds on the secondary market, Danylyshyn proposed that the Cabinet of Ministers restructure its obligations on government bonds worth UAH 128 billion to residents and UAH 20 billion to non-residents, that is, to issue new securities to bondholders instead of money.

There is no unequivocal opinion on the initiative in Ukraine's government. In particular, Deputy Minister of Economics Serhiy Mykolaichuk believes that such a policy is acceptable in conditions where rates are close to zero, not in Ukrainian realities where a key rate is at 10%.

"The NBU still has great potential for 'classical' easing due to lower rates before applying 'unconventional' methods. But financing the budget at the expense of the central bank is a conceptually different approach, which will lead to an imbalance in the country's financial system and create additional problems for the economy and people's welfare. 'Easy solutions' usually produce opposite results," Mykolaichuk said.

Experts also believe the proposed policy for launching the "printing press" is unacceptable. Chief of Case Ukraine Analytical Group Dmytro Boiarchuk says the measures proposed would only be effective for freely convertible currencies. Besides, the positive effect would be temporary anyway. 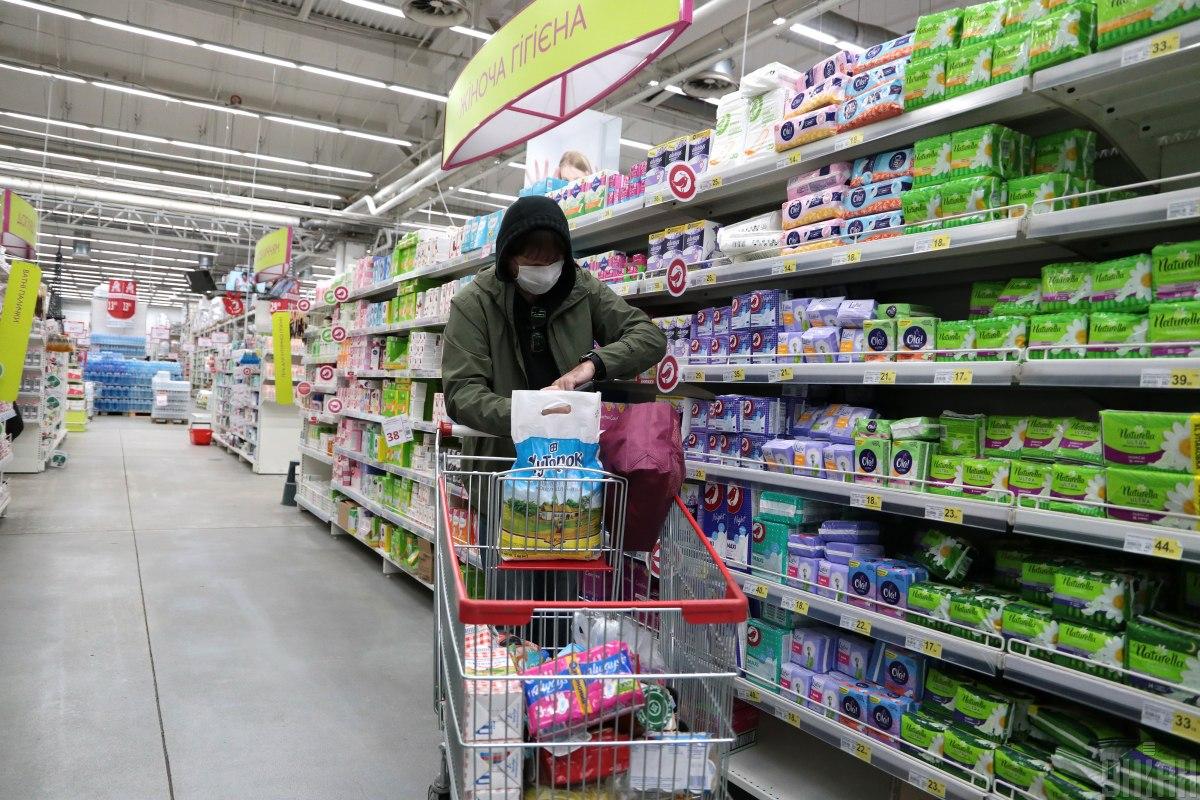 Consumer inflation will speed up this year / Photo from UNIAN

While some officials and experts were breaking their spears in the debate over the risks of printing more money, others drew disappointing scenarios of economic developments.

The Minister for the Development of Economy, Trade and Agriculture Ihor Petrashko said that the government projected the fall of the Ukrainian economy in 2020 by 4.8% and an increase in unemployment to 9.4%.

At the same time, one of the key official lenders of Ukraine - the World Bank - is not so pessimistic, expecting the domestic economy to fall by 3.5% this year and rebounding by 3% next year. Consumer inflation this year, according to World Bank forecasts, will accelerate from the current rate of about 2% to almost 9%, with the expected growth rate of the budget deficit this year to 5% of GDP, rather than 7.5% as the government suggests.

Meanwhile, vegetables of the so-called borscht set, buckwheat, citrus fruit, and toilet paper rose in price unexpectedly this week. The National Bank explained this both by the increased demand for these "crisis indicators" and by the narrowed supplies due to restrictive measures introduced.

Also, the NBU noted the impact on inflation of hryvnia devaluation in March. According to the regulator, the foreign exchange market has calmed down, so the supply of foreign currency has exceeded demand. But in the outgoing week, after a four-day strengthening, the hryvnia fell against the dollar by ten kopiykas on Wednesday and by another six kopiykas on Thursday, down to UAH 27.26 at the official rate.

According to market players, this is due to the continued withdrawal of non-residents from government bonds. In the past week, they reduced investment by another UAH 2 billion, or to the level of December last year.

The National Bank has already announced a revision of the inflation forecast for the current year from the expected 5%, at the same time assuring that the annual rate will stay within 10% - that's given the current conditions, without unforeseen measures of flooding the economy with newly-printed money. According to the NBU, there will be no significant drop in the economy upon the conclusion of a new program of cooperation with the International Monetary Fund.

Will Ukraine be able to resume cooperation with its key creditor and carry out budget sequestration will become obvious as early as next week when Parliament at its extraordinary session will consider the laws required for the country's survival amid crisis.