Ukraine vs Creditors. Who wins?

Ukraine reached an agreement with creditors on restructuring its public debt, writing off of part of it. Global investors see positive outcome while some experts say the agreement carries risks.

Ukraine’s default forecast by some for this autumn has been canceled - the government managed to strike a $ 19 billion debt restructuring deal with the creditors committee, reaching an agreement on a 20% haircut.

"Six months ago, our team led by Finance Minister Natalie Jaresko entered into unequal negotiations with our creditors. Over the past five years we have piled up foreign loans worth $40 billion, which is a huge burden on a state budget and on every citizen. Few had hoped Ukraine would see any success in these negotiations. The default so expected by our enemies will not happen,” said Prime Minister Yatsenyuk at an extraordinary government meeting. “Ukraine reached an agreement on the restructuring and partial write-off of debts. Through the efforts of the Minister of Finance of Ukraine, we managed to get the following conditions: 20% of debt written off by our country’s foreign creditors. So, the government has managed to write off nearly $4 billion."

According to him, the cost of servicing the loan is not increasing in the budget expenditures. For the next four years, our country will not be repaying body of credit. The restructuring also provides for the reduction of interest on eurobonds to 7.75%.

Ukraine will allocate the savings for financing its priority needs. Primarily it’s about the increase of social standards and national defense.

In addition, according to Natalie Jaresko, Ukraine intends to issue new debt securities tied to the country's economic growth. They will be the mechanism to attract investors to the process of the state reconstruction. Jaresko noted that whenever the GDP grows by 3-4%, the creditors will receive an additional 1% of the payments. If GDP rises by more than 4%, they will get even more. "This is a win-win situation, both for the creditors and our country," said Jaresko.

Meanwhile, according to the requirements of the agreement with the creditors' committee, which were provided by an UNIAN source close to the negotiations, the interest rate on debts is 7.75%, which is higher than the current 7.22%. But the authorities are confident that, given the general decline in the debt there will be no substantial growth in interest payments. Even after a small increase in the interest rate will still be considerably less than what the Mykola Azarov's government paid on a $2.6 billion private loan, disbursed in July 2012 with a 9.25% interest rate.

As for the new securities, mentioned by Jaresko, their release is response to creditors’ move to write off part of the public debt. They will be tied to GDP growth (Value Recovery Instrument / VRI). This tool will enter into force only in 2021, that gives Ukraine seven years to restore its economic growth, and will be applied for the next 20 years. Between 2021 and 2025, these payments cannot exceed 1% of GDP.

The agreement reads that the Cabinet must approve the relevant draft law by September 1 and submit it for consideration to the Verkhovna Rada, which will start a legal procedure for the exchange of bonds not later than 14 September. So, the fate of the agreement is in the hands of the MPs.

Another important detail of the talks is that Ukraine has proposed the same conditions to Russia regarding restructuring of a $3 billion debt maturing in December 2015. However, Moscow has scoffed at the offer.

Despite this fact, the IMF and the EU deem positive Ukraine’s agreement with the creditors.

According to estimates of the IMF, the agreement will allow Ukraine achieving all the objectives set out in the IMF's Extended Fund Facility (EFF) program.

European Commission President Jean-Claude Juncker said: "We welcome the conclusion of the financial negotiations, which were completed… and hope Ukraine is increasingly able to continue the reform process, the implementation of which has already begun.

Western media also highlighted the news on the haircut. The Economist wrote: “This is a better deal for Ukraine than many were expecting. It is rare for a country to get a haircut on its debts without also defaulting (one exception is Greece). When the negotiations began, the creditors had refused even to consider writing off any of the country’s debt, arguing instead that delaying repayment alone would be enough to right Ukraine’s finances.”

The Economist also wrote: “In the short term, moreover, the agreement will do little for the average Ukrainian, now far poorer than he was at the end of the Soviet Union. The hryvnia, Ukraine’s currency, is still feeble: inflation is nearly 60%. And the long-term prospects are little better. Even if the war stopped tomorrow, the country would need tens of billions of dollars to rebuild itself.”

The news of the restructuring deal immediately reflected on the Ukrainian financial market: the same day, on August 28, the National Bank decided to cut refinancing rate 27% from 30%. Hryvnia quotes to the dollar on the interbank market strengthened at the level of UAH 21.00/21.20, while the Russian eurobonds surged at a record pace. 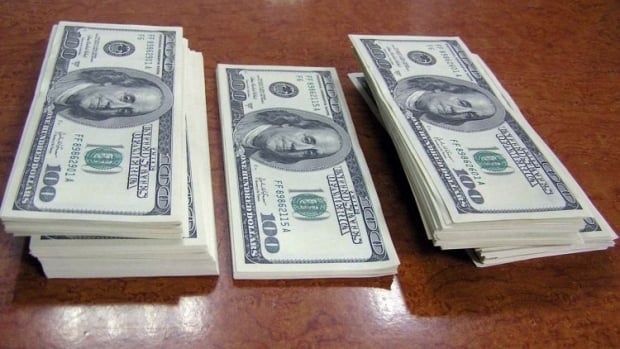 Experts have positively assessed the news / Photo from UNIAN

UNIAN has asked financial experts’ opinion on the agreement with the creditors’ committee, as well as on Russia’s position and the ways it may affect our country.

Vasyl Yurchyshyn, director for economic programs at the Razumkov center:

To begin with, there are still no approved documents, only statements. Meanwhile, we can only make preliminary assessments. Although creditors have written off the principal amount, at the same time there are some details to be aware of. The interest rate on servicing the debt has increased, which is a direct risk to the budget expenditures, as this interest rate service will be taken directly from the state budget. In general, there should be a thorough analysis because the shift in payment terms means that the service of debt will also take longer. Accordingly, in the end, the payments may be not as scanty as they seem today.

Debt to Russia is a whole other story. It is not subject to restructuring, and it is right, because we have seen that in previous years many economic issues were politically motivated. I think the government will find the resources to pay off this debt completely at the end of the year. In general, let’s hope that the agreement with our creditors, most certainly agreed with the IMF, will send a positive signal to foreign investors that Ukraine is safe to be dealt with. But, as I said, the risks associated with debt servicing, require clarification.

Serhiy Fursa, expert on sales of debt securities at the Dragon Capital:

In the short term we will no longer see panicking screams forecasting default, the kind that put pressure on the hryvnia, the currency market, and basically cause havoc. So, it is a positive thing. In addition, the National Bank has lowered refinancing rate to 27% from 30%. Now it's possible to do. In the medium term we have significantly reduced the pressure on the balance of payments, as there will be few over the next four years (we won’t be repaying the debt). And one more thing: the uncertainty is gone.  It means that more the investments are more likely to come.

With regard to the increase in the average interest rate, it is a sort of a payment for the restructuring. It is acceptable.

Regarding Russia’s refusal to agree to Ukraine’s conditions, this is wonderful in my opinion. Either Russia agrees to the terms of restructuring, or it gets nothing: either it writes off 20%, or we will write off 100%. I think that the "cancellation" of 100% of the Russian debt would be an excellent result for Ukraine.

Olena Malynska, head of the board of Kredyt Dnipro Bank:

I think that the agreement is another serious victory for our country, opening new opportunities for development and getting out of a prolonged economic crisis. A 20% write-off, increasing the repayment term by four years and a 7.75% interest rate contribute to minimizing risks of default. I think Думаю, сумма списания в 20% - не случайность. Скорее всего, настаивая на списании почти половины внешнего долга, Украина рассчитывала прийти именно к такому компромиссу с партнерами.

First of all, the write-off will have a positive psychological effect on Ukrainians. Secondly, it will provide for positive trends on forex market, which is sharply influenced by such factors and news. The third thing is that the agreement with the creditors’ committee gives us more chances of further financial support from the IMF.

Besides, the news adds some bonuses to the country’s international reputation. However, to attract significant investments, we must first implement social-economic reforms and resolve the Donbas conflict.

Oleksandr Paskhaver, president of the Center for Economic Development:

Agreement with creditors is a success, both for the state and for the negotiating team. We’ve got two positive things: a write-off (half of what we had asked, but it’s regular market tactics), and also a four-year grace period. This is a very good result.

As for the 7.75% interest rate, it is high, indeed. We couldn’t make the creditors lower it. In some things, they complied, and in some things they didn’t.

Regarding the Russian bonds, I believe Russia is our enemy. We could’ve just stated that there is an ongoing war, and we are not to repay any debts to our enemy. But this is something a strong state can do, as Russian sanctions may follow such a statement. These sanctions might be even more costly. Actually, the situation when the two countries are at war and at the same time continue foreign trade is ridiculous. How is that even possible?