Head of the State Concern Nuclear Fuel: Ukraine should be self-sufficient in uranium

In Ukraine, 60% of electricity is generated by nuclear power plants, and the country is completely dependent on imports of nuclear fuel. Attempts to set up own production together with Russia have failed. Director of the State Concern Nuclear Fuel Serhiy Drobot has told UNIAN why it happened and whether it is profitable for Ukraine to implement this project on its own.

According to the World Nuclear Association, Ukraine ranks 10th globally in terms of extraction and processing of uranium ore. However, nearly 1,000 tonnes produced annually only cover a third of the needs of the country’s 15 nuclear power plants. Ukraine does not produce nuclear fuel. Therefore it buys fuel worth about $500 million annually from the Russian company TVEL. Since 2014 the state company Energoatom has started purchasing fuel from the U.S.-based Westinghouse, planning to gradually increase the volumes.

Meanwhile, in 2011, Ukraine took a step toward creating its own nuclear fuel production – the State Concern Nuclear Fuel and the Russian company TVEL registered a joint venture called the Plant for production of nuclear fuel, with Ukraine having 50%=1 shares in the company (Russia – 50%-1 shares). The Ukrainian experts believe that the project was imposed by Russia to maintain its monopoly in Ukraine’s nuclear power industry.

The plant was scheduled to start working in 2015, but the construction has not started for several years, and the project was shelved altogether after former Ukrainian president Viktor Yanukovych fled the country.

In the fall of 2015 Ukraine’s Energy Minister Volodymyr Demchyshyn announced that the country intends to withdraw from the joint project with Russia. The Russian TVEL said that they had not received any written notifications from the Ukrainian side on this subject.

To clarify the situation, UNIAN turned to Director General of the State Concern Nuclear Fuel Serhiy Drobot who had been appointed in April, 2014 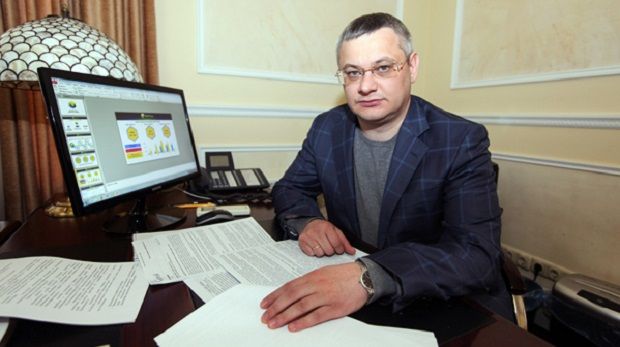 Drobot: Ukraine should have reached self-sufficiency in uranium by 2020

So, on what stage is the project of a plant for the production of nuclear fuel?

Today the project is in fact suspended. Construction and installation work are not been carried out. Area for construction was defined before April, 2014, as well as the land was registered, the project developed and preparatory work launched. According to the schedule, the preparatory work had to be completed in March, 2014. However, only half of the job has been done as a result of irrational use of funds by the former leadership and breach of contract by the contractor. The project passed the state examination back in in 2013 and was submitted for approval to the public authorities of executive power.

Earlier, Ukraine and Russia have allocated UAH 80 million in the plant’s authorized capital. How much of this amount has already been spent?

After my appointment in 2014, the State Concern Nuclear Fuel initiated the audit by the plant’s commission of the use of funds by the former leadership. The audit revealed a sufficiently large number of facts of ineffective use of shareholder funds. The audit papers were later handed over to law enforcement agencies, including the Prosecutor's Office of Kirovohrad region. Now we await the results of the investigation.

So are there questions regarding the disbursement of funds?

Yes, there are questions, yet there are no answers as the former management resigned in 2014 without actually handing over the case files. They left a huge number of problematic issues, which now the new management and the shareholders have to deal with.

Is it that the previous management simply ran away?

The formalities have been followed, but the former management had actually stopped fulfilling their duties long before the completion of resignation procedure. The letters of resignation had to be considered without the head of the company and his deputies. Up to December, 2014, the company was headed by Ruslan Arsiriy [former general director of the utility company Luhansk Energy Association owned by Russian tycoon Konstantin Grigorishin]. He was elected to the Supervisory Board of the plant in 2013 at the suggestion of the Ukrainian side. Deputy directors (financial and technical) were assigned on a proposal of the Russian side.

It’s not only about the management. There are questions to the contractors. Some prepaid work has not been done yet resulting in the company facing receivables. Now the plant sued the contractor demanding recovery of these funds.

In 2013, the plant transferred a pre-payment for equipment to the Russian TVEL totaling 18% of the contract sum, which amounts to 25% of the shareholders' contributions. The equipment has still not been delivered.

There is another unresolved issue: obtaining a non-exclusive license for nuclear fuel production. The conditions proposed by the Russian side considerably restrict the freedom of economic activity of the plant and make it dependent on the Russian producers.

When did TVEL have to sign an agreement on technology transfer?

A phased transfer of technology was assumed. The first stage was the technology of production of fuel elements and fuel assemblies. They were supposed to have been transferred by 2015. 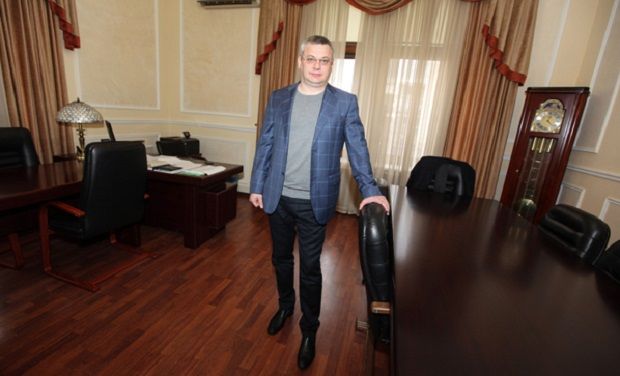 Drobot: UAH 9 billion is provided for the implementation of the “nuclear concept”

The Energy Ministry has repeatedly stated its intention to build a plant for nuclear fuel production, despite this poor experience with Russia. Are these plans still considered?

Throughout 2015 the concern has developed a draft concept of the state target economic program of the development of Ukraine’s nuclear industrial complex in 2016-2020. The Institute of Economics and Forecasting of National Academy of Sciences of Ukraine, the Institute of Strategic Studies, and the Razumkov Center participated in conducting a feasibility study. Based on the results, positive macro-economic and inter-industry effects are projected.

Now the project concept has been agreed in the central agencies of executive power and is under Cabinet consideration. I hope that the concept will shortly be approved by the government. The Construction of the plant is laid in the proposed version of the concept.

Today, the world market of nuclear fuel production is going through hard times - a large number of existing capacities of such plants are on halt. This raises a question of profitability of such production in Ukraine ...

In our opinion, own production of nuclear fuel will be profitable. Given the trends in the development of domestic nuclear energy envisaged in the concept, the solutions for the construction of the plant have been agreed with the end user - Energoatom.

Where do you plan to purchase technology? The market is narrow, so, if it’s not from the Russian TVEL, than maybe from the U.S.-based Westinghouse?

Besides the plant, the concern also has uranium mining assets. Ukraine is among the top ten countries in terms of uranium ore reserves, but we only provide for a third of our own needs. What are your plans to increase the volumes of uranium mining?

According to the concept we plan to implement, we need to have ensured 100% of the needs of Ukraine’s nuclear power plants in the natural uranium concentrate by 2020.

How much money needs to be invested to achieve this goal?

In general, UAH 9 billion is provided for the implementation of the concept, of which about UAH 6 billion is for the development of uranium production. At the same time, at least, UAH 2.5 billion is the funds owned by participating enterprises.