The Verkhovna Rada extended the "land" moratorium, but failed to convince the Cabinet to reduce the tariffs for the population; a hot discussion over tax reform and Budget-2016; as well as Ukraine’s distinguished visitors – these are the main economic news of the past week.

Last week, most attention was drawn to the Verkhovna Rada. Its agenda contained a number of important bills related to Visa-Liberalization Action Plan. Lawmakers finally coped with their task despite raging and sparking disputes in the session hall. It was especially hot when it came to reducing the rent for gas production from the current rate of 70% to 29%, which is directly related to the tariffs for the population.

It took several hours for the deputies to discuss the draft law. Yulia Tymoshenko, leader of Batkivshchyna, who is the author of the document and its ideological inspirer, by the way, required to reduce the rent on gas not only for individual companies, but also for the state-owned Ukrgazvydobuvannya.

The leader of the Radical Party, Oleh Lyashko, was convincing the deputies that keeping the rent rate for state-owned enterprises at 70% is an "anti-state policy." According to the MP, the Government is killing domestic producers, rather than supporting them. This opinion was also shared by the deputies from Samopomich and even some MPs from the pro-presidential faction.

But the Cabinet stood strong against lowering the rent, especially for Ukrgazvydobuvannya. Prime Minister Arseniy Yatsenyuk, present at the session, said that the government allocates the money from the rent for subsidies to the low-income segments of the population.

"The provision to reduce the rent for Ukrgazvydobuvannya, if adopted, could lead to the elimination of a social norm in the cost of gas. Due to the fact that Ukrgazvydobuvannya produces its own gas which is sold at non-market prices, we found a way to give 1,200 cubic meters of gas for each household during the heating season at a price which is twice lower than the market price - not UAH 7,200, but UAH 3,600. Reducing the rent for Ukrgazvydobuvannya means eliminating the social norm and raising the price of gas from UAH 3,600 to UAH 7,200. I oppose this," said the head of government.

The Prime Minister also reminded that the Cabinet has submitted to parliament a bill, allowing to reduce the rent for those who work legally, invest and increase production volumes. Yatsenyuk stressed that this bill had been drafted with the participation of experts and is aimed at attracting investment in the Ukrainian mining industry.

Pro-Yatsenyuk faction, Popular Front, has proposed a compromise - to leave the rent at 70% until June 30, 2016, and then to reduce it gradually.

But this didn’t leave Tymoshenko satisfied. Finally, after several hours of discussion, as well as several "signal" and actual votes, the bill failed to gain enough support to be passed. Only 215 deputies voted in favor of the draft law, with 226 required.

It was the prime minister who prevented the adoption from happening. He used his last trump card, saying that the adoption of the law on the reduction of rent will result in termination of lending program by the International Monetary Fund. After that, the pro-presidential faction, one of the parliament’s largest, got in reverse gear.

Parliament Speaker Volodymyr Groysman has promised to put the bill to a vote on Thursday and then on Friday, but nothing happened. Nobody initiated the bill’s consideration, and the bill’s ideological inspirer decided to take a break.

By the way, in an interview with UNIAN head of Naftogaz Andriy Kobolev said that higher tariffs for the population will be valid until the end of the 2015-2016 heating season. 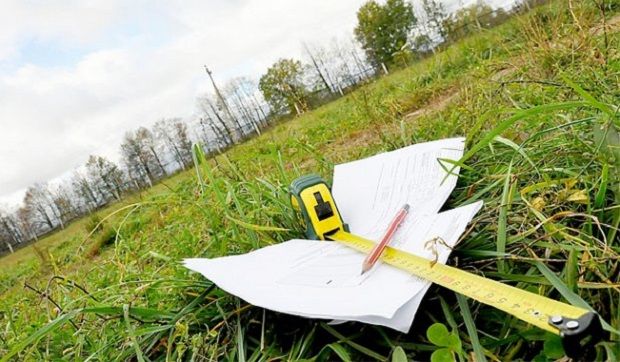 The Verkhovna Rada extended the "plot" a moratorium / zn.ua

Sale of agricultural land is banned again. The Parliamentarians extended with the constitutional majority of votes the embargo on the purchase and sale of land, which has agricultural purpose. It will be valid until January 1, 2017. Besides, the right to land is prohibited from being included in the statutory capital of businesses. The extension of the moratorium will remove social tensions, according to its supporters. The head of the Parliamentary Committee on Agrarian Policy and Land Relations, Taras Kut said while presenting the bill that the extension of the moratorium for another year will give time to regulate the procedure of land turnover at the legislative level. Parliament ordered the government to draft the corresponding bill by March, 2016 to prepare a bill.

The deputies supported the moratorium almost immediately, with 309 votes. It is worth noting that, even if the moratorium were lifted at the end of this year, the villagers would still fail to sell their land. The thing is, the bill “On Agricultural Land Transactions” must be adopted for the land market to start working, vice chairman of a profile committee of the Verkhovna Rada Oleksandr Bakumenko has told UNIAN. According to him, the short-term extension of a moratorium will enable the MPs to prepare in a relaxed atmosphere all the bills required to run the land market. "We need to conduct a thorough, competent evaluation, to fill the gaps in legislation, and only then, when it’s all done, submit it for a vote on whether we should open the land market, or not,” he said. “And when the amateurs or the populists will say that something is missing, we will have professional answers to all questions."

The MP said that, in particular, legal regulation is required for the unresolved issues of escheated property, collective ownership, as well as the contents of the land register, which is filled with slightly more than 11%.

In general, six different "land" bills were considered in Rada. Basically, the versions differed with the proposed terms of the moratorium’s extension. A group of deputies from Svoboda Party proposed to extend the moratorium until 2026 with a total ban on the sale or disposition of land. Yulia Tymoshenko proposed the term of five years, until January 1, 2020, with a provision that the state has the right to purchase land at market price based on the EU standards, where a hectare of land is worth several thousand dollars in average. But apparently she did not consider one fact – the budget deficit, which will hardly the intentions be fulfilled.

There were those who suggested holding a nationwide referendum on the issue.

Meanwhile, the head of Rada’s profile committee noted that most of the requirements put forward by deputies from different parties actually intersect one way or the other. Therefore elected representatives need to stand together and stay professional in creating a legal framework, in order to not extend the moratorium every year.

The past week was also marked with visits of many senior Western officials. U.S. Treasury Secretary Jack Lew and billionaire George Soros came to Ukraine almost simultaneously to check on the progress of reforms and the implementation of plans on fighting corruption. In addition, the IMF’s review mission led by Ron van Ruden started its work in Ukraine last week.

Top agenda includes conditions for further financing, based on the State Budget for 2016 and the new Tax Code.

The mission’s work should result in a decision on the allocation of the third tranche of the macro-economic assistance to Ukraine worth $ 1.7 billion.

Until recently, the exact date of the visit of the IMF mission remained unknown. Moreover, there could have been no visit, whatsoever, as it was tied to meeting a number of preconditions by the official Kyiv. One of the key conditions was drafting a budget for 2016, with a deficit of no more than 3.7% of GDP. At the same time the draft should be adopted based on the new tax system. However, we have not yet seen a consolidated decision from the Ukrainian government.

During a meeting with Prime Minister Arseniy Yatsenyuk U.S. Treasury Secretary Jack Lew noted the significant progress that had been achieved in reforming Ukraine. 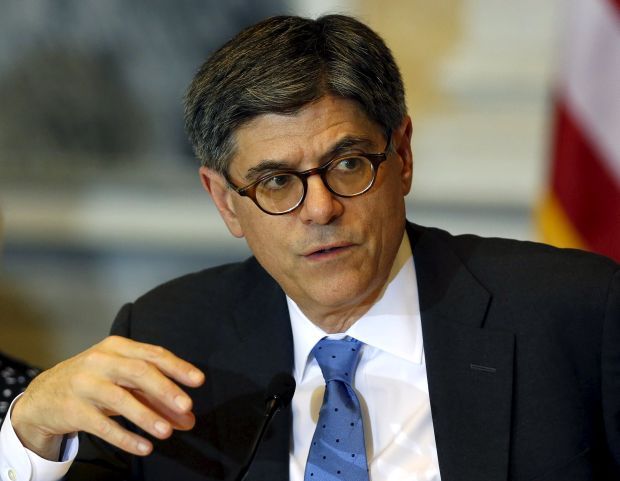 He said that the U.S. Treasury was negotiating with representatives of the U.S. Congress to allocate additional financial assistance for Ukraine in the near future.

Another important guest was a renowned economist, chairman of the Open Society Foundation, George Soros. Having stayed in the country for almost a week, he stated that the situation is not as promising as it seemed from the outside. Soros noted that while Ukraine showed surprising success confronting external threat of Putin’s violent hostility, now the Ukainian people tend to relax and act in their own personal or political interests, thus exposing the existing gaps. 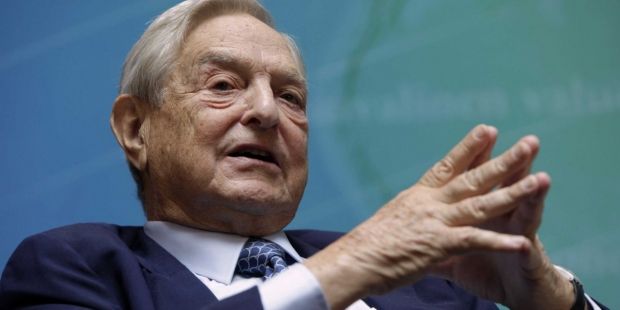 In this regard, the philanthropist warned that there is a real possibility that Putin may achieve his goals not by military means, nut instead, through a prolonged ceasefire. The ruling coalition has a very narrow choice, according to Soros. The country can’t afford another national elections or changes in the composition of the coalition.

According to him, new elections could undermine the work of the Ukrainian government, and the country could plunge into a total crisis if the conditions of the IMF are not met.

Meanwhile, Ukraine is getting close to a deadline for paying Viktor Yanukovych’s debt to Russia. The closer, the harsher the rhetoric of the opponents. Despite numerous appeals of the IMF, Russia refuses any constructive dialogue on debt restructuring.

Arseniy Yatsenyuk has once again discussed this issue with U.S. Treasury Secretary. Following their meeting, thr Ukrainian prime minister said that Ukraine will introduce a moratorium on the payment of a $3 billion debt if the Kremlin does not agree to restructure the loan received by Ukraine’s ex-president Viktor Yanukovych in 2013. 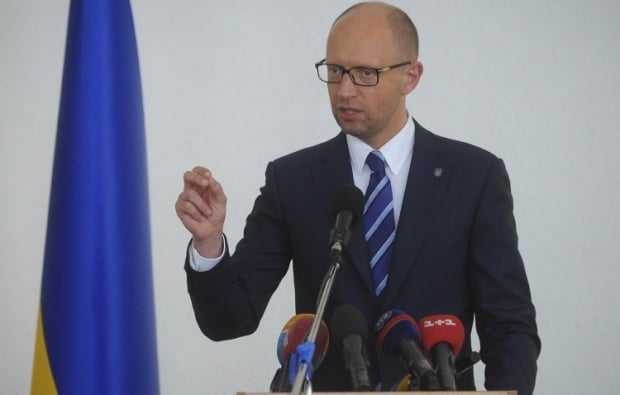 Yatsenyuk has put forward an ultimatum to Russia / Photo from UNIAN

"The government invited all creditors to join the process of debt restructuring. Everyone, but Russia, have joined it, and we have completed the process of debt restructuring. Once again I draw your attention to the fact that there will be no better terms for Russia than to the other lenders,” the prime minister said. “Unfortunately, we had a proposal to hold talks on October 29, but the Russian side has once again refused to negotiate. And so now it depends on Russia whether it is ready to hold talks. Russia will get no other conditions. And if Russia does not agree to the restructuring, the Ukrainian government will declare a moratorium on paying a $3 billion debt to Russia."

The current situation may affect the allocation of the next IMF tranche for Ukraine, in the framework of a four-year cooperation program totaling $17.5 billion, as the IMF’s current policy rules out the possibility of further financing of IMF member states, which has a debt to official creditors.

But the IMF also stated that it may decide to change its policy in the near future. This will enable the Fund to grant Ukraine its next tranche, even if the country defaults on its debt to the Russian Federation.