The six-month calm in the currency market is shaken. NBU intervenes slightly but regularly now on the interbank market to support the hryvnia, insisting that there is no reason to panic. Experts hint that the situation is caused by the delayed adoption of the 2016 State Budget and the uncertainty whether the country gets another tranche from the International Monetary Fund (IMF). UNIAN gathered expert opinions on what the hryvnia exchange rate will be by the New Year.

Ukraine’s forex market woke up after more than a six-month lull. This February the hryvnia plunged to a new historical minimum of UAH 30 to the dollar. Since that time, the National Bank (NBU) has kept the forex market under tight control, setting a number of stringent restrictions and scrutinizing major applications for the purchase of foreign currency. Besides, until recently, Ukraine has clearly progressed within the framework of the IMF-supported reform program, thus regularly receiving financial aid. Gratefully, the hryvnia was maintained within the corridor between UAH 21 and UAH 23 to the dollar over these six months. Against this background, the NBU even began to buy the currency regularly on the interbank market, and in September-October replenished its reserves by nearly $450 million.

But in late October, the currency market reeled. Hryvnia groped the boundaries of a new corridor, closer to the mark of UAH 24 to the dollar on the interbank market and UAH to the dollar on the cash currency market. On October 30 the NBU launched interventions which have lasted for two weeks, selling the currency (worth a total of nearly $130 million). The NBU explained fluctuations with local elections, stressing that there are no real economic conditions for devaluation. "National Bank is closely monitoring the market situation and, if necessary, ready to use its instruments to smooth excessive fluctuations," the NBU said.

Real economic indicators that could affect the stability of the national currency are normal. Ukraine’s foreign trade balance in Jan-Sep recorded a surplus of $3.2 billion. That is, the currency inflow exceeded its outflow. Gold and international reserves as of November 1 rose to $12.962 billion, which is almost twice the amount in early 2015. In addition, Ukraine has successfully completed the restructuring of its external debt, reducing its amount to $3 billion and delaying for three years the payment of another $8.5 billion. Ukraine was praised by international rating agencies, Moody's, Fitch, and Standard & Poor's, all of which upgraded the country’s sovereign rating. But while everything looks fine here, unfortunately, it did not help the currency market. 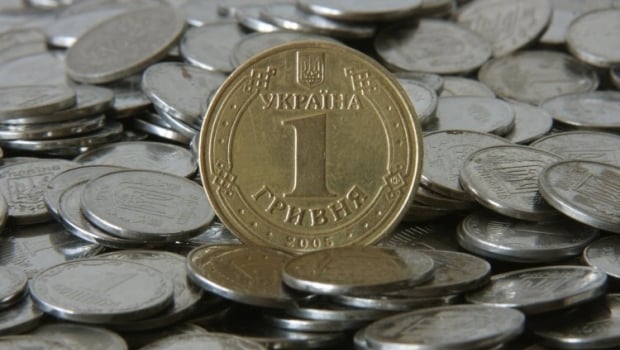 Bankers linked the hryvnia exchange rate fluctuations on the interbank market in recent weeks in particular with the rise of the dollar against major currencies in the international market. "Given that the dollar rose to all major currencies in the international market, a slight weakening of the hryvnia looks quite natural. A floating rate suggests movement in both directions," the head of the UniCredit Bank’s treasury, Ruslan Kravchenko, has told UNIAN. He also explained that demand for the currency had prevailed recently over the offer, provoking a slight weakening of the hryvnia.

The Internal "heating" of the currency market, as noted by the deputy director general of Expert-Rating agency, Vitaly Shapran, is due to several factors. Among them is the excess cash hryvnia circulation on the background of the local elections and billions of dollars of payments by the Individual Deposits Guarantee Fund (IDGF) over insolvent banks, as well as weakening exports and the associated drop in forex inflow into the country. He believes that the NBU is limited in tools to support the hryvnia, being pressured by obligations to the IMF. "There is no possibility of a large-scale intervention by means of forex reserves. If the IMF continue imposing restrictions on the usage of the reserves, the information on whether we will get another tranche or not will have less and less impact on the currency market," said the expert.

It is practically impossible to assess the amount of cash that has flooded the market in the course of elections. With regard to payments to depositors of insolvent banks, their amount is known, and it’s really impressive. In an interview with UNIAN, deputy director of the IDGF Andriy Olenchyk said that the Fund had already paid more than UAH 59 billion in compensation to depositors of 63 banks declared insolvent in 2014-2015. That’s including payments to depositors of major banks in the Fund’s management: Delta Bank and Finances and Credit, accounting for more than UAH 20 billion worth of ongoing compensation. According to the Fund, the depositors leave between 20% and 50% of returned funds within the banking system. That is, people hide the remaining 50-80% of funds under their mattresses, or turn them into a commodity or currency, thus putting pressure on the exchange rate.

Why run headlong into the currency market, the "black market," if you are 100% confident in the future and stability of the national currency? Apparently, there is no such certainty. As explained by the head of the analytical department of the ICU company, Oleksandr Valchyshen, fluctuations are the result of the growth of the businesses’ devaluation expectations. "Obviously, the currency is being purchased. Certain businessmen decide to withdraw from the hryvnia to the dollar. I can only guess what provokes them: the budget process this year repeats the last year’s story when the estimates were submitted on the New Year’s Eve. Complicated discussions are underway, the process has been delayed, and it seems that this issue will not be resolved until late December," said the expert.

He stressed that, besides creating uncertainty for businesses, delayed adoption of the budget threatens to delay funding from Ukraine’s key lender and the largest supplier of currency, the IMF. Of the four tranches scheduled for this year, Ukraine has only received two so far, and the conditions for obtaining the next tranche have not yet been fulfilled. "I think that the market will calm down as soon as a balanced budget is adopted, as agreed with the IMF. If you remember, last year a program with the Fund was sealed when the financial system began to collapse, after the devaluation. I believe that this year reasonable politicians must not let history repeat itself," said Valchyshen.

IMF signals - signals to the hryvnia 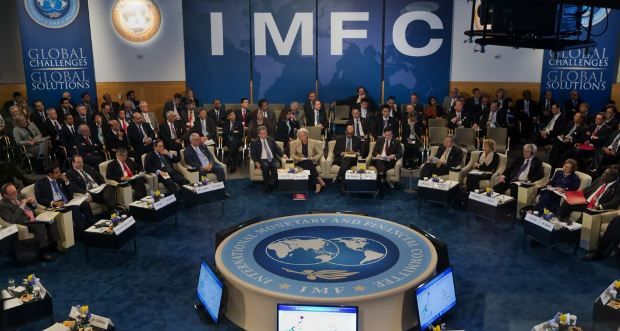 IMF: Submission of Budget by the Cabinet to the Verkhovna Rada is important / www.radiosvoboda.org

Another IMF review mission has recently completed its work in Kyiv. IMF experts had arrived again to continue the discussions started in October with the Ukrainian authorities. Head of Mission Ron van Rooden, noted the deepening of mutual understanding.

"It is now important that the [Ukrainian] Government submits to Parliament a budget that is consistent with the [economic reform] program objectives of further reducing the budget deficit and public debt to safer levels, and that Parliament adopts such a budget," he said in a statement at the conclusion of the IMF's visit to Kyiv.

"This will require permanent measures to broaden the tax base and rationalize spending. A strong fiscal position along with actions to rehabilitate the banking system and speed up economic reforms are critical to entrench financial stability and pave the way for strong and sustainable growth," he said.

In simple terms, the IMF expects the adoption of the budget with a deficit of no more than 3.7% of GDP, as envisaged by the Extended Fund Facility program of cooperation. However, based on the current tax base and the current level of government spending, Ukraine won’t draft such budget, as the Finance Ministry has repeatedly stressed.

By the way, the IMF does not require a sharp and rapid devaluation of the hryvnia, focusing on the rate of UAH 22 to the dollar at the end of this year and UAH 22.7 to the dollar next year. Finance Minister Natalie Jaresko said that the government lays in the draft budget an acceptable average rate at UAH 24.1 to the dollar. Meanwhile, on November 23, hryvnia quotations to the dollar on the interbank market by the middle of trade settled at UAH 24.10/24.20 to the dollar, and the NBU intervened with another auction selling $18 million to the banks. And all of this is happening ahead of the New Year holidays and the entry into force of the Deep and Comprehensive Free Trade Area (DCFTA) with the EU, which will inevitably spur growth in spending among the Ukrainians who would purchase imported goods, while the importers’ demand for currency will also hike. So, before the MPs also join their families for the New Year vacation, it should be better to at least invite them to adopt the 2016 budget.

On November 23 the Cabinet pledged to submit a draft budget to parliament after December 2, explaining the delay with discussions over the new tax system, which the government has been working on since April. "This is the main and, in fact, the only constraint that does not allow the government to submit the state budget for 2016 to the parliament," Deputy Prime Minister Vyacheslav Kyrylenko said. According to the official, there is an ongoing search for consensus between the parliamentary and governmental proposals, taking into account the vision of international organizations.

It is worth mentioning that both projects involve tax cuts. While the government version aims at gradual tax reduction and the growth of the budget deficit to $60 billion, the parliament offers a sharp decline in interest rates and, as analysts say, may generate a deficit of at least $200 billion. Until the consensus is found, the bargaining continues.

The IMF has sent a clear signal that Ukraine will not see the money in exchange for promises of reform; the lender is waiting for concrete steps. Meanwhile, for the currency market, or more precisely, for the businesses that shape this market, this signal was quite expected and predictable. The logic is simple: as long as the economy continues to flutter near the bottom, while the parliament and the government can’t figure out whose tax reform option is better, the prospects of the national currency remain vague. Of course, in such circumstances, businesses prefer to hold on their forex revenue, at the same time directing their hryvnia reserves for the purchase of foreign currency. The population working for these businesses lends itself to a similar sentiment. The market is taut as a spring in anticipation of some common sense in the minds of those in power. If they don’t let them down, neither will the hryvnia.