The Cabinet has presented the main parameters of the state budget for 2016 and the draft tax reform. At the moment, both documents are herded into "Procrustean bed" of Parliament and Presidential Administration, and it is difficult to predict how their discussion will end. Meanwhile, Turkey is stepping up its cooperation with Ukraine in the background of the Kremlin's belligerent stance.

One of the most important and much-discussed economic issues of the past week were the draft budget for 2016 and the draft tax reform that the Ministry of Finance submitted for Cabinet’s consideration.

As emphasized by the Ministry of Finance, the budget was drafted with direct participation of the experts from the mission of Ukraine’s key creditor – the International Monetary Fund. One of the main conditions for Ukraine to receive the third $1.7 billion IMF tranche under the EFF program is the adoption of the budget and the introduction of tax changes before yearend.

According to Prime Minister Arseniy Yatsenyuk who spoke at a government meeting, the budget has been drafted since June, aimed at making it possible to “fulfill all financial obligations before the citizens of Ukraine” and “achieve financial stability criteria, keeping the deficit within 3.7% of GDP.”

Given the need for the MPs to endorse the draft budget, Yatsenyuk noted that they are reluctant to take part in a budget process.

In addition, the Ministry of Finance lays the size limit of state guarantees at UAH 28.2 billion and increases the living wage to UAH 1,496 by yearend, which will increase gradually over the next year. Between January and May the existing living wage will stay at UAH 1,330, rising in May to UAH 1,399.

According to Yatsenyuk, the draft budget for 2016 assumes the deficit at 3.7% of GDP, increase of social standards by 12%, 12% inflation, the rate of the national currency at UAH 24 to the dollar, and the defense spending raised to nearly UAH 100 billion from current UAH 90 billion.

Meanwhile, Secretary of National Security and Defense Council of Ukraine Oleksandr Turchynov said that, to counter Russian aggression, the security and defense budget must be increased in 2016. According to him, it is needs to be about 5% of GDP. "This is nearly UAH 113 billion," said Turchynov. 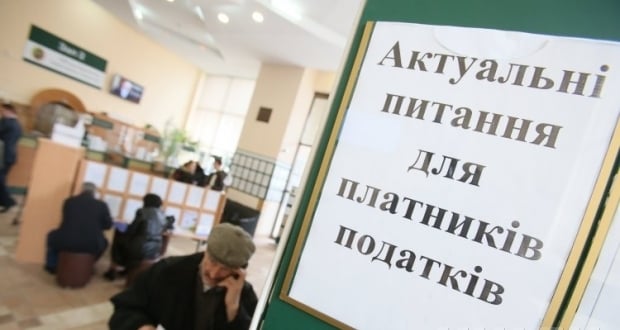 As part of the tax reform Finance Ministry proposes to establish a single 20% rate for all key taxes - value added tax, the tax on personal income, corporate income tax and the single social security tax, establishing a moratorium on the introduction of amendments to the Tax Code. The ministry did not specify the period it may be introduced for.

According to the Finance Ministry, the establishment of a single rate on the key taxes carries both a positive effect, and direct losses. In particular, according to the calculations of the Ministry, the change in income tax rate by 1 percentage point in either direction will result in the loss of income or additional revenue of UAH 2 billion. Changing the rate of single social security tax by 1 percentage point adjusts the income or expense of the state budget by UAH 5 billion.

It should be noted that currently in Ukraine there are two main options for tax reform – one by the Finance Ministry and one by the group of MPs. The draft prepared by the lawmakers, suggests a sharp decline in tax rates and the abolition of some taxes. Such innovations will form a budget deficit of at least UAH 200 billion, experts believe.

The draft by the Finance Ministry provides for a budget deficit of no more than UAH 60 billion, with an overall budget deficit of UAH 83.7 billion. The ministry underlines that its draft tax reform is the most acceptable for the IMF.

The government-proposed drafts were supported on the one hand, but on the other they were subject to criticism, so the Cabinet agreed to finalize them as the Bloc of Petro Poroshenko offered to extend the term for the bills’ consideration.

However, the longer Ukraine delays the budget process, the longer it takes to receive another tranche of the IMF. According to Deputy Finance Minister Artem Shevalyov, getting the next tranche of the IMF before the end of the year is technically problematic even given full implementation of conditions of the program. According to the official, the tranche is likely to be disbursed next year. He also stressed that continuing cooperation with the IMF is only possible given full compliance with the conditions of the program, and once the Ukrainian authorities are able to achieve this, a further decision on continued funding depends on the fund.

Last week was also marked by the fact that Russia has pursued with its attempt to push Ukraine off of its determined European path. For example, Russia offered Ukraine to postpone the introduction of EU-required phytosanitary and technical standards, as well as the fulfillment of its obligations under the earlier decisions on Ukraine-EU DCFTA that will enter into force in 2016. Naturally, such a proposal does not suit Ukraine, so PM Yatsenyuk rejected it, once again.

"Russia does not want an agreement on the FTA to enter into force, and the Russian arguments do not hold water. Yesterday [December 1] Russia set the condition for a ten-year delay of the introduction of phytosanitary and technical standards which meet EU requirements. And I want to be clear: Ukraine will not postpone the introduction of technical and phytosanitary standards, as defined by the Agreement on the free trade area between Ukraine and the EU," said the prime minister.

At the same time Yatsenyuk stressed that the Russia’s aim is not allowing Ukraine to develop and produce competitive products.

But in this scenario Ukraine’s northern neighbor may simply close its markets to Ukrainian goods. "We understand that Russia will introduce trade restrictions against Ukraine. We are ready for this. Today, the dependence on the Russian market is 12.8%. According to our preliminary estimates, the introduction of trade restrictions may cause an up to $600 million damage to the Ukrainian economy," said Yatsenyuk.

In order to prevent discrimination against domestic producers in any market, including, first and foremost, the Russian one, the Cabinet requested from the parliament the authority to impose "mirror" trade counter measures.

"I stress that to every Russian decision, we will respond with "mirror" measures,” said the prime minister. “Today, the Government is submitting to the parliament a draft law amending the law on foreign economic activity with a view for the Cabinet to obtain a legal basis and authority to impose "mirror" measures against the Russian Federation and any other country which is an aggressor state, or fails to fulfill its bilateral obligations."

Besides, partial discrimination against Ukrainian goods already exists in Russia, in relation to food and industrial products. This is the reason why Ukraine started December 4 consultations with the World Trade Organization on a trade dispute with Russia, which restricts the export of domestic railway-related goods. Ukraine lodged this claim in late October, and it became the first one in the package of claims Ukraine is preparing. 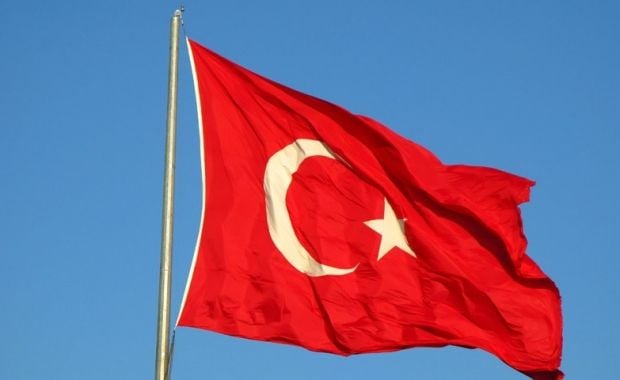 The Ukrainian authorities have declared readiness to give a helping hand to Turkey / indostan.ru

After the Turkish Air Force downed the Russian military aircraft, the relations between the two countries escalated dramatically. It is clear that the TurkStream pipeline project has sunk into oblivion. The next step is the introduction of mutual trade barriers for food products and beyond. Putin has already threatened Turkey by saying Ankara “will not get away with a tomato ban.”

The Ukrainian authorities picked up quickly on the developments pledging to give a “helping hand” and replace Russian food exports in Turkish markets with the Ukrainian products, particularly grains and vegetable oils. It should be noted that Turkey is Ukraine’s third largest export market, with a 6.3% share in Ukrainian exports.

"We, Ukraine, clearly state that, if Russia were to introduce a ban on the export of grain and oil to Turkey, we are ready to lend a helping hand to Turkey, and we will ensure Turkey’s food security," said Yatsenyuk.

Ukrainian Agrarian Minister OLeksiy Pavlenko said Ukraine is ready to for a twofold or even a threefold increase of exports of grain and sunflower oil to Turkey, to ensure food security of the country. According to him, the parties have agreed to intensify cooperation in the supply of agricultural products.

"There was a meeting with the Ambassador of Turkey, [we] agreed on cooperation and providing contacts for businesses," said Pavlenko.

Thus, the presence of Ukrainian goods and products on the Turkish market may increase shortly.

At the same time, the Ukrainian market also enjoyed Russia’s ban on Turkish fruit and vegetables. According to Tetiana Hetman, manager of “APK-Inform: Vegetable and Fruit,” it will force Turkey to redirect products on the Ukrainian market, which resulted in a significant decline in prices.

"Turkish suppliers are turning to Ukraine because Ukraine is an important customer for Turkey, the third after the European Union and Russia," said the expert. 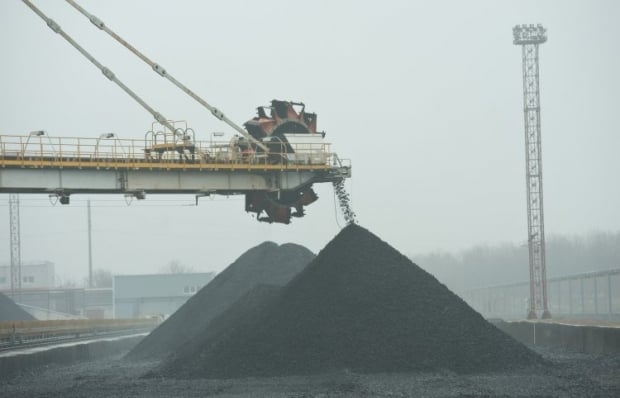 Due to the ongoing energy blockade of the Russian-annexed Crimea, supply of anthracite coal from the ATO zone to Ukrainian power plants has failed to resume last week. The Energy Ministry noted that it would only be possible after the resumption of power supply to the occupied Crimea, as Russia failed to deliver enough power to the stranded peninsula.

Anticipating restrictions on coal export of coal from the ATO zone, the Ukrainian authorities had ensured that the state-owned company Centrenergo had a fallback supply of "black gold" from South Africa. The first shipment during this heating season came on December 4, amounting to 168,000 tonnes of coal. According to Centrenergo, the next ship is to arrive in January, 2016.

Meanwhile, the developments around the usage of this coal are truly interesting, as last year there was a scandal: the coal allegedly wouldn’t burn properly.

According to Energy Minister Volodymyr Demchyshyn, since the termination of power supply to the Russian-annexed Crimea and reducing capacity of nuclear power stations by 500 MW, Ukraine has been burning nearly 25,000 tonnes of anthracite coal daily.

That is, the mentioned volumes of coal may not be enough given the absence of clarity with the resumption of deliveries from the ATO zone. However, lifting the current restrictions on production of electricity by the NPPs can slow the "melting" of coal in TPP warehouses.

The situation with gas in underground storage facilities looks better. As of December 2, there was about 16 bcm of gas in store, with 88 mcm being pumped out on that day. Current reserves of nearly 2 bcm actually exceed the last year volumes.