PM Yatsenyuk requested the European Commission to block the Russian Nord Stream 2 gas pipeline project as “anti-European and anti-Ukrainian.” Both the U.S. and EU support Ukraine’s position, as well as several EU member states. The EC claim that Moscow’s idea will be strictly checked for compliance with European legislation.

It seems that Russia's plans to build another gas pipeline bypassing Ukraine are not going to become reality, once again. At least, this conclusion is based on the latest developments. During a press conference on the results of the Ukraine-EU Association Council in Brussels, Prime Minister of Ukraine Arseniy Yatsenyuk urged the European Commission to conduct a tough examination of the Nord Stream-2 construction project and block it, as it is “anti-European and anti-Ukrainian.”

"... We believe that this project should be blocked because it is not in the interests of neither the EU, nor Ukraine. It not only deprives Ukraine, Slovakia and Poland of billions of income, but also deprives the EU of real competition in the energy market and increases the monopoly of Russia’s Gazprom. We are confident that our European partners will consider all energy projects solely from the perspective of the Third Energy Package," said Yatsenyuk.

Johannes Hahn, European Commissioner for European Neighborhood Policy and Enlargement Negotiations, assured that the gas pipeline project will be carefully monitored for compliance with European legislation. Hahn also added that Europe it is important to maintain competition in Europe, but the financial investors and European laws must also be respected.

That is, there is a hint that the European Commission can give way to big business, unless it is able to convince it to give up the Russian idea. The experts have repeatedly earned of this option.

The thing is that on September 4 this year, Gazprom signed an agreement with its European partners on the construction of the third and fourth lines of the Nord Stream pipeline. Members of the consortium are the E.ON, a subsidiary of BASF Wintershall, OMV, ENGIE and Royal Dutch Shell. The laying of two of the new lines is supposed to be completed until 2019. The supplies to Germany through the Baltic Sea will amount to 55 billion cubic meters of gas. Construction began in late October. However, it was just a symbolic setting of pegs for the press.

This project arose to replace the frozen South Stream (because of the failure of the EU to implement it), and the TurkStream, which first failed to launch due to the long negotiations with Turkey on the price of gas, and then due to an escalation between Moscow and Ankara since the downing of the Russian Su-24 bomber by the Turkish Air Force over the Turkish-Syrian border for airspace violations. The idea of Nord Stream-2 was announced much earlier, but it was loudly declared only after the termination of the contract for the construction of the first line of TurkStream between Gazprom and the Italian Saipem SpA.

Immediately after Russia set up a Nord Stream-2 consortium, Ukraine demanded that the European Commission investigate into the matter. Yatsenyuk noted that the project would deprive Ukraine of $2 billion, Slovakia - in $0.8 billion, and Poland - $0.4 billion in profit.

Then the ten EU member states have sent an open letter to the EC, sharply criticizing Russia's plans. The document was signed by Bulgaria, the Czech Republic, Estonia, Greece, Hungary, Latvia, Lithuania, Poland, Romania and Slovakia. According to signees, the project must undergo a thorough check by the regulators. The EU states also called for a comprehensive discussion of the project at the EU summit in February next year.

"Preserving the transport route through Ukraine is the strategic interest of the EU as a whole, not only from an energy security perspective, but also reinforcing the stability of the Eastern European region," the letter said.

The EC has not released an official statement, there were just verbal assurances that the project would be checked.

At the same time, Ukraine gained the support of the United States in this matter, according to Ukrainian President Petro Poroshenko who spoke to the reporters following his meeting with U.S. Vice-President Joe Biden on December 7.

So what will be the fate of the Russian gas pipeline project?

UNIAN has asked the president of the Strategy XXI Center Mykhailo Honchar to clarify the situation: 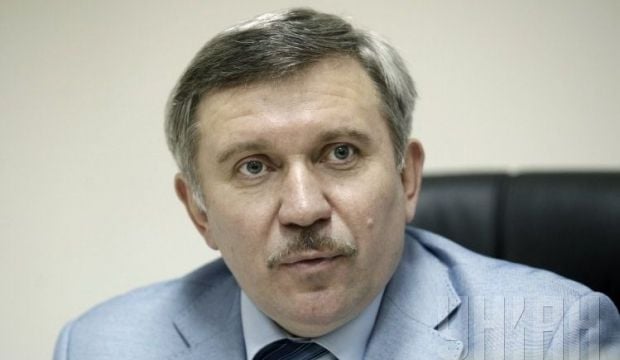 Honchar: The situation doesn’t seem hopeless for us, and it doesn’t seem promising for Gazprom / Photo from UNIAN

Hahn’s phrase about the respect of the rights of investors means that the European bureaucrats leave room for maneuver. Meanwhile, there is the principled position of the European Commission, as expressed by the EU Commissioner for Energy Maros Sefcovic. EU president Donald Tusk has also voiced negative attitute. That is, in general, the European Commission does not approve of the project itself, since it is contrary to the EU’s fundamental energy principles of the right to diversification of sources, routes and suppliers. Plus, there is this letter signed by ten EU states, although three of them have already backed off – the Czech Republic, Bulgaria and Greece. This suggests that more bitter disputes are expected in Europe over the project. So, we can’t say that there is a 100% probability of the EC blocking Nord Stream-2.

Ukrainian Prime Minister has rightfully raised the issue. It is painful, not only for us, but also for the Slovak side. By the way, for the first time in many years there was a strategic cooperation between Ukraine and Slovakia in the field of energy. Poland is also in this row. The major, and most persistent, opponents of the project are actually the Baltic States, Ukraine, Poland and Slovakia. But it will be difficult for these countries, or even the ten EU countries which initially spoke up, to resist such powers as France, Germany, Austria, and the Netherlands, whose companies signed the shareholders’ agreement with the Russian Gazprom. And Russia is using it. I know that today, Schroeder is involved heavily. He has been traveling actively to different countries across Europe promoting the project and trying to neutralize its opponents. [Gerhard Fritz Kurt Schroeder is a German politician, Federal Chancellor of Germany from October 27, 1998, to November, 2005. He is a foreign member of the Russian Academy of Sciences. In December 2005, after the resignation, it was announced that he would lead a shareholders’ committee of North European Gas Pipeline Company, the operating company of the North European Gas Pipeline. His acceptance of a paid position in the consortium dominated by Gazprom prompted public and party criticism in Germany, and sparked a negative reaction in the German and foreign press].

In February next year the EC should make public a special document in the context of this project, and then everything will be clear. But the basic bid of the European Commission is traditional - we are against it, but the market should decide. With this approach, it turns out that the EU is in fact becoming a virtual organization. It turns out that a few large companies actually run the European Union; it’s not even the governments of the Member States.

The EC also bets on the fact that it will be difficult to get around it with the project for the consortium, as it must coordinate all its actions with the EC, as required by the European legislation, in particular, the Third Energy Package. Otherwise, the consortium will not be able to attract bank financing. And it’s impossible to implement the project with no bank loans. Given the current situation, they will need to attract about 30 banks. And this is a real risk to the implementation of the Nord Stream-2.

In my view, there is certain logic in such position of the European Commission. They believe that only this approach can block the project. But the Russian side, together with a group of companies that joined the project will seek alternate routes. The EU anti-monopoly agencies will be more frightening to them, as there is a fact of monopolization of gas supplies to Europe from the east. European companies can face serious penalty claims.

However, Gazprom has studied very well the behavior of the European anti-monopoly authorities during the investigation launched in 2011 against the Russian energy giant. It was virtually “frozen” in 2012, and then in 2013 the composition of the European Commission changed; in 2014 the case was re-launched; and in 2015 the claim was put forward. But nothing has happened since this moment, anyway. Moreover, according to the latest information, Gazprom doesn’t face any sanctions anymore. It pledged to “fix its behavior,” pay some compensation, and then carry on as if nothing happened. This gives Gazprom confidence that it will manage to push the new project through as well.

Therefore, Yatsenyuk’s position to mobilize Europe for all kinds of opposition to this project is correct, as it also affects the European gas system. For Ukraine it is a landmine. If the project is implemented, we will have a problem. With zero transit, Ukrtransgaz will cease to exist as a fully independent company. That is, Europe’s acceptance of this project indirectly hits Ukraine’s European-type reform of the country’s gas sector. Then we will have to close the bulk of the gas transport capacity. Of course, the pipes, and storage will fall prey to the oligarchic empires.

Yet, I think that they will prevent the construction of Nord Stream-2. They will not green-light it. But the project sees no red light in front of it, neather. The light is yellow at the moment. And everyone interprets it in their favor.

Bundestag’s official said at a conference in Bratislava on November 23 that this project is not worth that much attention claiming it’s just a local project of large companies. He added that there are some more serious problems in the European Union that are worth being discussed. That is, there is a position to disguise the role and importance of the project.

There is another important point to keep in mind – Gazprom does not care, what will happen after the project’s implementation. No wonder that all of its pipelines are just the notorious arteries for money laundering. But when the pipeline passes through the Baltic Sea to Germany, what will Europe do with those 55 billion cubic meters of gas? There is a trend in Europe, especially in Germany, to reduction in fuel consumption. There is an option to continue to pull the tube to northern Italy, but what will be the price of gas for the Italian companies?