The Ukrainian economy may return to the path of growth in the coming year after a two-year fall, the Ukrainian analysts believe. UNIAN offers to take a glimpse at the macroeconomic consensus forecast for 2016.

According to the forecasts of top Ukrainian analysts interviewed by UNIAN, the country's economy could come back to the trajectory of growth in the coming year after a 12% fall in 2015 and a 6.8% drop in 2014. Thus, the GDP growth in 2016 will average 1%, while the industrial production will grow by 3% and inflation may slow down to 19%. Experts predict a rise in foreign reserves to $18 billion from the current $13 billion. At the same time the average annual rate should not fall below UAH 27 to the dollar, according to the experts.

There are enough indications to assure that the country has overcome its biggest ever macroeconomic crisis triggered by imbalances of the past years. The Ukrainian economy has actually hit its lowest low in 2015. Huge public deficit, rising external debt, the two-time devaluation of the hryvnia, inflation at 45%, and the recession at more than 11% do not complete the list of the hardships Ukraine faced in 2015. In the past year, Ukraine has experienced the largest banking crisis, which resulted in a third of financial institutions leaving the market, while 30% of deposits in the local currency more than 40% in dollars have been lost.

It was worse than a “perfect storm.” We’ve seen a real thriller. But we have stabilized, we have survived," said Valeriya Gontareva, the governor of the National Bank of Ukraine. 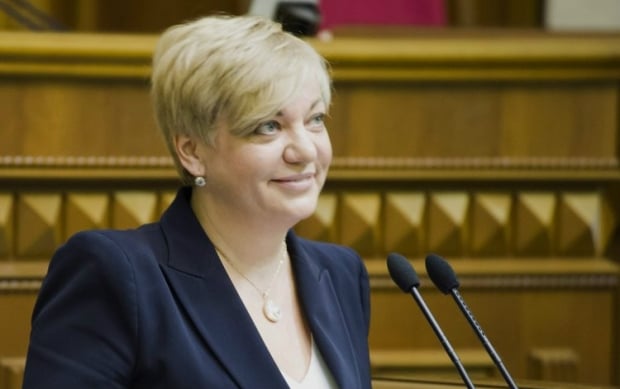 Gontareva: "... We have stabilized, we have survived" / Photo from UNIAN

The key question – has the macroeconomic bottom really been passed? In the 3Q 2015, the economy's decline was replaced by 0.6% growth qoq. Production in key sectors stopped falling and started to recover, primarily due to industry, agriculture and metallurgy. The Government has actually succeeded, following sharp devaluation and accelerating inflation with monetary means exclusively, to stabilize the situation in March-April, 2015. So, the hryvnia exchange rate has not caused panic or anxiety for quite a while. At the same time, depreciation of the hryvnia and the fall in domestic demand have eliminated Ukraine’s current account deficit and foreign trade imbalance. In addition, inflation has allowed to increase budget revenues and eliminate the imbalance of the state budget, keeping the deficit at an acceptable level. Ukraine has also managed to maintain a program of cooperation with the International Monetary Fund and to raise funds from international donors, which allowed to almost double Ukraine’s foreign exchange reserves.

But not everything was so smooth. The NBU’ was often late with its measures on currency regulation in late 2014 - early 2015 amid the rapid plunge of the hryvnia, which led to excessive devaluation. Strict regulation of forex transactions introduced back then is still holding back investment and business activity.

At the same time, a lot has been done in 2015 to improve the business climate and de-regulate the economy, manage the state-owned enterprises and support the exports. However, the ongoing fight against corruption can’t be considered quite successful, as the pressure of the law enforcement and fiscal agencies on the businesses have remained, which further worsened the investment climate.

However, all these factors indicate that the economy has stopped falling in 2015, having reached the bottom of the macroeconomic cycle. And now, after the stabilization of the situation, growth must be restored as soon as possible, for the country to break out of stagnation.

The Ukrainian government is very optimistic about the next year, and no one seems to have any doubts about at least a 2% growth in 2016.

"2015 was a year of macroeconomic stabilization, while 2016 will be a year of economic growth," said Minister of Economic Development and Trade Aivaras Abromavicius. 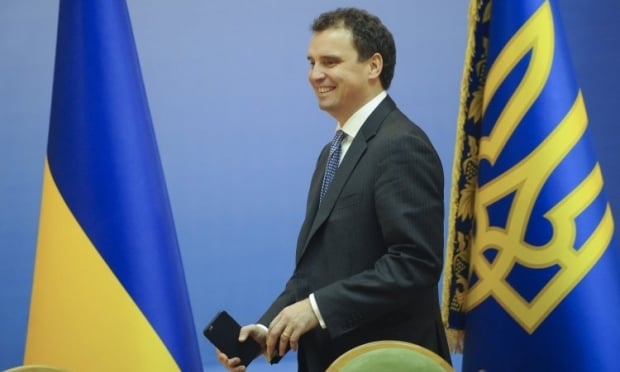 Abromavicius: 2016 will be a year of economic growth / Photo from UNIAN

Major international financial institutions show solidarity with Abromavicius. Thus, Ukraine’s main creditor, the IMF, forecasts a 9% economic decline at the end of 2015 and a 2% growth in 2016. The IMF forecast for inflation coincides with that of the Ukrainian government: 45.8% in 2015 and 12% in 2016. The World Bank is a bit more pessimistic in its forecasts. The Bank believes that Ukraine’s economy will decline by 12% in 2015, with a 2016 increase not exceeding 1%.

The experts interviewed by UNIAN are generally positive about Ukraine’s prospects of leaving the drop zone and starting growing. UNIAN’s consensus forecast concludes that Ukraine’s economy will grow by 1% next year. However, most experts believe that economic growth will be uneven throughout the year, and we are likely to see a slight acceleration in 2H 2016.

Restrained growth forecasts suggest that the main task for 2016 is to sustain macro stability and dramatically improve conditions for domestic and foreign investment to kick-start economic development and its modernization, to enter new export markets. It would be no exaggeration to assume that this will determine the future of Ukraine.

"The country has re-emerged from recession in the third quarter. There have been a financial stabilization and macro stabilization through conservative fiscal and monetary policies. The government was able to accumulate foreign currency funds in its account, while the NBU’s forex reserves have recovered as well. There has been a restructuring of the external public debt. Naftogaz has become a more balanced company, from a financial perspective. It has also diversified the sources of gas supply. Bank lending in national currency could be accelerated as well, but, unfortunately, this process is delayed.

The main risks next year will be the populism of politicians and lobbyists with both the liberal and conservative views. At the same time, the driver will be centrism regarding the conduct of economic policy with the help of the maximum available fiscal stimulus and support of the external balance by the IMF."

According to Valchyshen, the economic growth will reach 2.7% in 2016, and the industrial production will increase by 5% compared with 2015. The expert predicts that the average yearly inflation will not fall below 26%, which is the highest inflation rate of all those predicted in our forecast. He noted that such results will be possible thanks to the steps made by the Government in 2015.

"The problem is that today, we have lost external demand as a driver of growth (the fall of resource prices), while no other alternative is in sight. This is the main risk - we have a stagnant trend. We can’t fix the situation on foreign markets, we just react to them. But it’s all in our hands with the improvement of the internal business environment. However, the progress is rather modest here. So, we will only be growing for now due to a low comparative base."

Parashchiy believes that GDP growth in 2016 will not overcome the mark of 0.6%, the industrial production will grow by 2.8%, and the inflation is to fall to 13.7%.

"The forecast is based on the fact that the current environment will remain in the foreign markets that are key for Ukraine (energy, metals, chemicals and agricultural products), characterized by moderate price depression. Minimization of trade with the Russian Federation and will continue, while the territories controlled by the official Kyiv will remain unchanged. This year will be characterized with the absence of major government investment programs and significant foreign direct investment into the country."

The expert predicts that GDP growth in 2016 will amount to 1%, industrial production is to increase by 3%, while the annual inflation rate will reach 19%. The expert names possible large-scale hostilities and severe political crisis that would lead to major reshuffles in government as the forecast’s key risks.

"The heating season and incompetent management of money flow at the state level lead the Ukrainian budget to a new deficit, contrary to the beacons of the Extended Fund Facility program of the IMF. The fiscal hole of the Pension Fund does not the government form an actually balanced budget. The main risks and the "brakes" of economic growth in 2016 will be high inflation, a permanent cycle of devaluation and the high level of “dollarization” of the Ukrainian economy, which completely negate any attempts to achieve monetary and fiscal stability. I also want to point out a fiscal "hole" of the Pension Fund, the absence of the impetus for entrepreneurship, weak competitiveness of Ukrainian exports, the failure of judicial reform, judicial tyranny and massive corruption."

The expert predicts that in 2016, Ukraine's economy will show a 1% growth, the industrial production will increase by 2%, while the inflation will be at 25%. At the same time he is quite pessimistic about the state budget deficit. He predicts that it will exceed the 3.4%-of-GDP mark laid down in a cooperation program with the IMF, reaching 6.5% of GDP. Perelyhin sees the main reason for the unbalanced budget in a significant deficit of the Pension Fund.

"We expect that next year, Ukraine's economy will grow by 1-2%, inflation will slow down to 10-12%, and the industrial growth will be at 2-3%. GDP will increase mainly due to the low comparative base of 2015. Gradually, the national investment will be renewed, mostly due to the working capital of enterprises. The access to loans will be restrained both in the national and foreign markets. We do not expect any significant increase in foreign investment in the next year, as the main condition for their resumption is a settlement of a military conflict."

Thus, in the background of limited investment, the future of Ukraine's economy in 2016 will depend entirely on external funding. To increase investment, the authorities should take significant steps in simplifying regulation, limiting government functions, protecting property rights, as well as implementing judicial reform and fighting corruption. Meanwhile, the loss-making domestic businesses, which are already in urgent need of resources for further development, need investment right away. Therefore, the continuation of cooperation with the IMF and, as a result, the assistance of the international donors, will be crucial. After achieving macroeconomic stabilization in 2015, the government will have to work even harder in 2016 to create the foundation for growth, which will give impetus to the development of production, support of domestic demand and investment.