Amid war with Russia, Ukraine has for the first time ever adopted a decent defense budget. Instead of selling out the remnants of Soviet equipment, the Ukrainian defense industry got on tracks of modernization and development of new types of weapons. However, corruption and bureaucracy continue to hinder the development of defense industry and creation of an efficient army.

In the past two years, Ukraine’s rearmament has become not just a temporary necessity, but a guarantee of political and economic independence, as well as a nation-wide affair.

In 2015, Russia pursued its military aggression in the Ukrainian Donbas. The lack of results in "negotiations" with the occupiers, along with subversive activities in the east, is forcing Ukraine to further strengthen its defenses. Under these conditions, for the first time in the history of Ukraine's independence, instead of deliberately destroying the defense industry, the authorities switched to a strategy of its revival and the boost of the defense budget.

In 2015, funding for law enforcement agencies in Ukraine amounted to about $90 billion, which is significantly higher than in 2014. Since early 2015, the Armed Forces of Ukraine and the National Guard have received more than 3,500 pieces of equipment and weapons, compared to 2,000 a year earlier.

But even with the increase of quantitative indicators, most of the equipment, in fact, comes in a shape of upgraded Soviet hardware. Own production, development and adoption of a fundamentally new equipment is the problem Ukraine is currently facing.

In the beginning of the year, the management of Ukroboronprom defense concern uniting Ukraine’s major defense companies, pledged to provide the Ukrainian military with modern equipment. UKroboronprom planned to build 40 Oplot main battle tanks, 150 Dozor-B armored vehicles, as well as upgrade a BMP-1 APC and develop a new infantry fighting vehicle based on the T-64 MBT. But as the year closes in, the state concern admits that underfunding and lack of interest on the part of high-ranking Defense Ministry bureaucrats have thwarted these plans.

For example, a hostage to the situation was the production of Dozor armored vehicles, the latest project of Ukrainian armored vehicles production. By the way, this vehicle has already been produced for several years in Poland, under the relevant license, but in our country the production has long remained in plans. So, only ten of the initially planned 150 vehicles have been presented by yearend

"The vehicle had been presented to the public back in April, but it was put into service only in December," said Roman Romanov, Ukroboronprom CEO.

The same situation was and the project of a brand new BTR-3 APC, which has already attracted interest of a number of foreign partners, but has not yet received the approval of the Ministry of Defense.

Defense officials say that the equipment is not ready for combat use, and it must be modified, as it endangers the lives of the Ukrainian soldiers. Although, they did not explain why the armored Dozors and BTRs are worse than the British Saxons [urban APCs from the 1980’s] purchased in 2014 and custom equipment made exclusively by volunteers

The Ukrainian defense companies could get additional funds for development and production of equipment from own exports. Besides, the promotion of the national high-tech produce to foreign markets could inject more currency into the national economy. But there are several factors that prevent the expansion of the Ukrainian arms exports.

Firstly, without a formal acceptance of the new equipment by Ukraine’s army, the National Guard and other law enforcement agencies defense agencies, the exporters simply can’t sell it abroad. And this is happening at a time when the top authorities call the build-up in military exports a priority of national defense. In May, President of Ukraine Petro Poroshenko stressed the need to accelerate arms exports and bring Ukraine to the top 5 of the world’s largest exporters of weapons.

By the way, in 2014, Ukraine sold weapons worth $664 million, finishing 9th in the mentioned list. At the end of 2015, the figures may be even greater. According to Ukroboronprom, this year the volume of export contracts amounted to about $1 billion.

But even with these promising figures, the presidential task may be unbearable a burden for the Ukrainian defense industry. The disappointing contract with Iraq for delivery of BTR-4 APCs is still fresh in the memory, when the deal was canceled due to the supply of defective equipment. And now another contract, with Thailand, on the supply of Oplot MBTs may add up to the unfortunate cooperation initiatives. 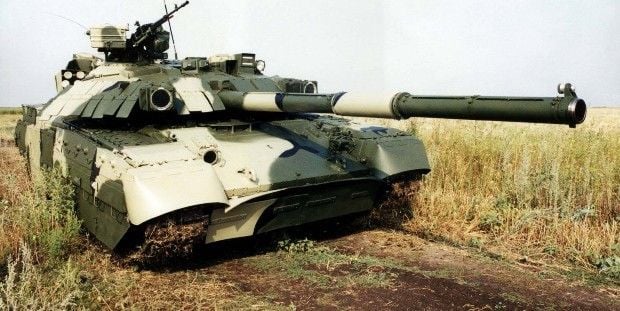 Some media outlets hostile to our state have recently started spinning information on Thailand’s alleged intentions to replace Ukrainian tanks with those from Russia and China. Ukroboronprom officials claimed the information was fake and paid by competitors.

Meanwhile, the situation with preserving export markets is indeed rather difficult for Ukraine. According to experts, the military aggression of the Russian Federation, regards not only Donbas and Crimea, but also the trade of arms. 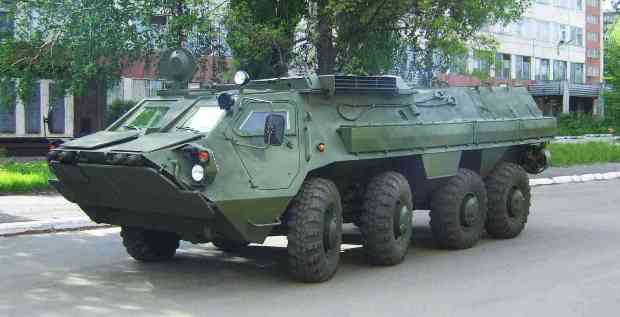 The problem is that the traditional buyers of Soviet weaponry were the African countries, the Middle East and Asia. Having Ukraine as the only obstacle to its monopoly position in these markets, the aggressor state, Russia, does not stop in its attempts to push Ukraine out of these markets.

Ukroboronprom claims that, in addition to the Soviet-type equipment, the Ukrainian defense industry has much more to draw attention of the arms markets amid growing global political instability. It’s about high-precision weapons - Stugna, Korsar and Kombat missiles, combat modules, UAVs, communications intelligence gear, and many more.

Earlier this year, Antonov design bureau, Ukraine’s only aircraft manufacturer, has joined Ukroboronprom conglomerate. In addition, the 410 Civil Aviation plant and Kharkiv aircraft building plant have added to the group.

Antonov’s major achievement in 2015 was the presentation of the first An-178 cargo aircraft in early April. According to Antonov’s assessments, the demand for An-178s over the next 20 years will be nearly 200 aircraft.

Antonov’s main achievement of 2015 was the presentation of the first An-178 / rian.com.ua

The company has showcased the new aircraft at the world's largest air shows, but so far it has failed to be a serious competition to the world's flagship aircraft manufacturers. According to the Deputy Minister of Economic Development and Trade of Ukraine, Ruslan Korzh, Antonov loses in marketing quality, thus not being able to properly present their achievements to the potential clients.

"Our An-178 is not participating in demonstration flights, again. It’s not ready for them. Potential customers are circling around us from the early morning, but we are not ready. It’s a shame, again," said Korzh.

Thus, against the background of a stable interest in the Ukrainian aviation industry, a weak spot of our aircraft manufacturers is stable implementation of contracts and the skillful promotion of products on the market.

Over the past two years, Antonov has only produced nine aircraft, which is less than Boeing or Airbus manufacture monthly.

However, according to Ukroboronprom CEO, Antonov has signed in late 2015 the contracts for the production of almost 60 aircraft, and began receiving money.

In addition, in April of this year, Antonov presented a blueprint of an An-132 light multipurpose cargo aircraft. The companies from Saudi Arabia have already joined the process of its production. The release of the first demonstrational piece is set for September, while the flight tests are scheduled for late 2016.

In addition to the heavy aircraft manufacture, Ukraine has seen some success in production of UAVs, so important considering the ongoing war.

Ukroboronprom intends to send the first batch of Spectator drones to the Ukrainian military shortly.

What’s for the next year?

The state budget for 2016 has UAH 113 billion allocated for defense, which is 5% of GDP, the largest amount ever in the history of Ukraine’s independence. The comparable figure of our northern neighbor, which has been trying to tear Ukraine apart for the past two years, is nearly $50 billion.

The next step following the adoption of the defense budget will be the formation of state defense order. Ukroboronprom notes that the list and the volume of state orders has not yet been formed, which greatly complicates the planning of production for the defense companies.

In 2016, Ukroboronprom intends to address two priority issues - the production of ammunition and engines for armored vehicles.

The only Ukrainian producer of cartridges, Luhansk cartridge plant, has been lost as a result of the Russian occupation of Donbas. The Ukrainian gunsmiths planned to establish production in the Ukrainian territory before the end of 2015, but the project has not yet entered the stage of implementation. Ammunition production is planned to be started at the Kyiv-based Artem plant. The concern also intends to place there the production of explosives for the warheads of missiles and ammunition.

The problem with Ukrainian engines for armored vehicles emerged back in 2014, after the Russian ban on supply of engines to Ukraine. The concern hopes to resolve this issue with the modernization and reconstruction of the facilities of Malyshev plant and Kharkiv design bureau for engine production.

Also Ukroboronprom plans to upgrade a number of its enterprises to establish mass production of Oplot MBTs and spare parts for armored vehicles, such as the chassis and transmission for Dozor armored vehicles and BTR-4 APCs. As noted in the Ukroboronprom production of high-tech equipment is an expensive venture, and the concern simply has no money for the creation of new enterprises. Therefore, the solution was found in the process of attracting private traders. 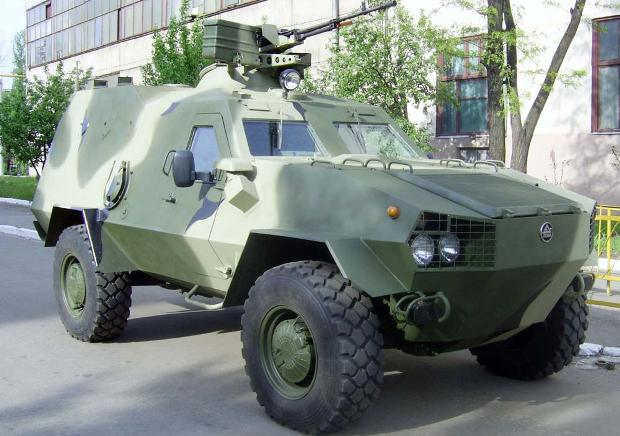 In addition, in the near future, together with Polish colleagues, the company intends to proceed with the development of a 120-mm self-propelled mortar based on BTR-4, and 155-mm self-propelled howitzer on the chassis of an Oplot MBTs.

Also, according to Romanov, next year, the company will introduce an upgraded Kolchuga radar, with the tactical and technical characteristics significantly exceeding its original version, which was produced at a Donetsk plant looted by our “Russian brothers.”

By optimizing the management structure, Ukroboronprom plans to move in the coming year to a system of clusters combining businesses into separate divisions according to specialization of production. According to the Ukroboronprom management, this reform will enable to organize production more clearly and will allow for the more efficient use of the existing capacities.

A very important question of how the situation will develop in the east remains open. The frozen conflict in Donbas region with tens of thousands of militants and Russian troops is certainly a stimulus to the development of the national defense industry. But at the same time, Ukraine is paying a very high price for maintaining a fragile truce. Disbursement of significant funds for the development of the national defense industry could be an important deterrent to the aggressor and stop the daily reports of KIA’s and WIA’s among the Ukrainian troops. It is important not to let corruption and unreasonable policy of bureaucrat generals be an obstacle to improving the combat capability of the army.