Construction of Nord Stream-2 may kill the Ukrainian transit route for the Russian gas. Only the European Union can disrupt the Kremlin’s evil plans, but Europe is divided into supporters and opponents of a new pipeline under the Baltic Sea.

The tension is growing around Gazprom’s new ambitious project, Nord Stream-2, provides for the construction of new threads of a pipeline under the Baltic Sea. Last week, this issue was granted special attention at the World Economic Forum in Davos.

After a meeting with U.S. Vice President Joe Biden, Ukrainian President Petro Poroshenko said that the Nord Stream-2 project is designed against Ukraine and many countries of the European Union. 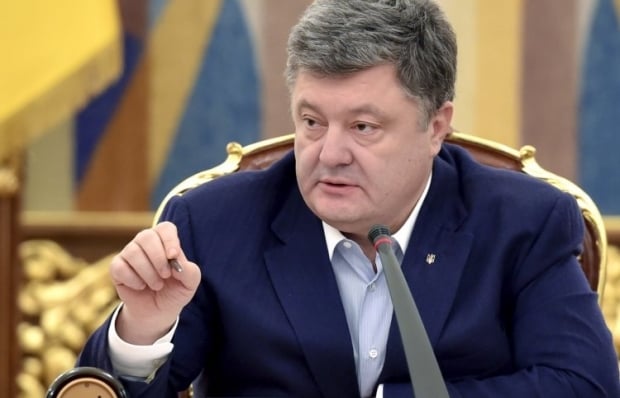 Poroshenko: Nord Stream-2 is designed against both Ukraine and the EU / Photo from UNIAN

"It was clearly stated that the North Stream-2  project is purely political and aimed both against Ukraine and against a significant number of the European Union member states, and we will act effectively to stop it," said Poroshenko.

The head of Ukraine's largest state power company Naftogaz of Ukraine, Andriy Kobolev, also said that construction of Nord Stream-2, which "Gazprom" intends to implement together with a number of European companies, will destroy Ukrainian route for transporting Russian gas to the EU.

"If Nord Stream 2 is built, the Ukrainian route will cease to exist. The European Union would sacrifice existing transport capacities of 151 billion cubic meters (bcm) in favor of new ones – 55 bcm just to cover future demand growth," Kobolev said.

Many in Europe understand the geopolitical risk of the construction of a new gas pipelines bypassing Ukraine. On January 21, The European Parliament adopted a resolution calling on the European Union member states to avoid building new gas pipelines from Russia that bypass Ukraine, such as Nord Stream 2, and exploit fully the transit potential of Ukraine, which makes up for 40% of transit of Russian gas to Europe annually.

Who controls the stream? 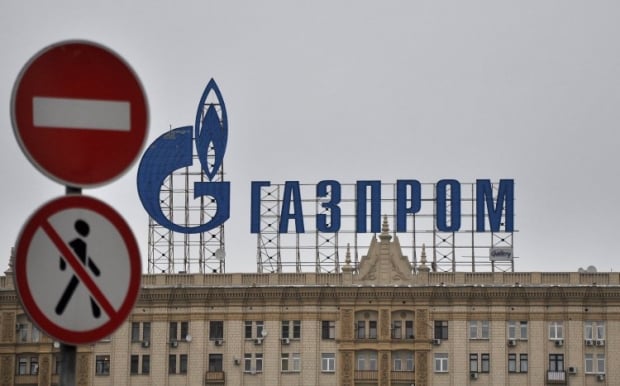 Resolution of the European Parliament in defense of the Ukrainian gas transport route is of a political nature. In reality, the situation is as follows.

As we know, the Nord Stream-2 includes the construction of two lines of the offshore gas pipeline with a total capacity of 55 billion cubic meters of gas per year to be transported from Russia to Germany under the Baltic Sea.

In September, 2015, Russia's Gazprom, Shell, OMV and E.On. signed a shareholders' agreement on a joint project company, which will be engaged in the construction of the Nord Stream 2 pipeline. But this agreement is not enough. Gazprom needs the approval of the project by Russia, Finland, Sweden, Denmark, and Germany, as the pipeline route passes through the waters of these countries. While the project encounters no opposition from Russian and German authorities, the real threats to Nord Stream-2" may lie in Scandinavia. By the way, PR-campaigns in support of this projects are already in full swing there.

The most resistance comes from the Baltic States, Slovakia, and Poland.

Nord Stream-2 ignores the interests of Poland and, therefore, undermines the unity of Europe, that’s according to Polish President Andrzej Duda.

In November 2015, it was announced that Bulgaria, the Czech Republic, Estonia, Greece, Hungary, Latvia, Lithuania, Poland, Romania, and Slovakia sent a letter to the European Commission criticizing Nord Stream-2, which, in their view, is a threat to energy independence of the EU.

Subsequent events that followed the publication of the letter cast doubt on sincerity and unity within "the rebel ten." After a while, the Czech Republic, Bulgaria and Greece withdrew from this collective appeal.

The initiator of this group protest was Slovakia, the EU state which will lose the most in case the pipeline is built. To date, Slovakia has a long-term multi-billion dollar contract sealed with Gazprom. For such a small country, the income from the transit of Russian gas accounts for a significant share of the budget revenue.

In this whole story around Nord Stream-2, Ukraine and Russia are the only actors – non-members of the EU. But they are both very important for Europe. After all, each year, about 40% of Russian gas is supplied to the EU through Ukraine, another 40% of Russian gas goes through Belarus, while the remaining 20% - through the first Nord Stream pipeline.

Ukraine is not satisfied with the transit contract with Gazprom, concluded in 2009 by the government of Yulia Tymoshenko. Russian gas monopoly does not fulfill the main contractual term: it fails  to transport through Ukraine the minimum required volume of 110 billion cubic meters of gas annually. For the past five years, the volume has been dropping, hitting the lowest 65 bcm in 2015.

That is why in October 2014, the Ukrainian state energy company, Naftogaz of Ukraine, lodged a claim with the Stockholm arbitration to revise the contract with the Russian Gazprom, as well as to compensate for the lack of funds for the volumes transported.

At the moment, the total claims of Naftogaz to Gazprom amount to nearly $16 billion. But, according to one of the Ukrainian energy giant’s top managers, Yury Vitrenko, Naftogaz will further raise the claims, as the Russian Gazprom went on to keep breaching the contract in 2015.

In addition, Naftogaz is not satisfied with the contract-fixed tariff system Gazprom uses to pay for transit services. The Ukrainian company wants to refer to the European practice in this regard. Therefore, at the end of December 2015, Ukraine’s state regulator has established new tariffs for the transportation of gas through pipelines, which increases, only theoretically for now, the cost of transit services by 50%. But on practice, Gazprom is ignoring Ukraine’s demands, using the old formula fixed in the current contract, which has been challenged in Stockholm arbitration.

Naftogaz has a strategy - if it fails to ensure the closing of a Nord Stream-2 project, it should make Gazprom pay a high price for the refusing from the Ukrainian route of gas supplies to the EU.

The unilateral increase of the cost of transit of Russian gas allows Naftogaz to increase its claim to Gazprom in the Stockholm arbitration, as well.

Naftogaz CEO Andriy Kobolev hopes that another pipeline bypassing Ukraine will not be built, although he admits that a number of European countries are still able to push the project through. Then, he said, the Ukrainian gas transport system will undergo changes - part of the capacities will become useless. 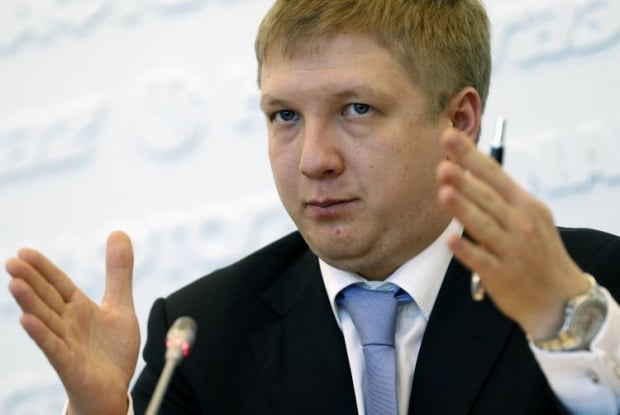 "We hope that the situation with Nord Stream  will turn out to be the same as it was with Turk Stream and South Stream, when construction was suspended. Although, I think it will be very difficult [to stop the construction of Nord Stream-2]; a different kind of effort will have to be used. There is a much greater support [in the EU], more readiness. We're working on it. If we fail, then we’ll have to look the reality in the eyes – we will lose the status of a transit state. Gazprom will be able to give up on 90% of the volume and leave a minimum," said Kobolev.

"We'll have to reduce the scale of the system. If the system started transporting a much smaller volume – it would just not be appropriate, It would be just scrap metal lying there waiting for its death," he added.

One thing is accurate about the Nord Stream-2 project. It has drawn attention of a large number of European states, with each of them pursuing their own interests. The European Commission just oversees the process from the outside, while the countries of interest try to bring the new gas transport project to life. Perhaps this is the attitude to Nord Stream-2 which the Kremlin seeks… That is, pushing the disgruntled EU states back from the project as far as possible, in order to ensure its safe and unhindered completion together with its allies. And of course, this will only strengthen the EU's dependence on Russian gas.

However, while Nord Stream-2 puts Ukraine at risk of significant monetary losses, it might as well be beneficial to the official Kyiv’s foreign policy. The thing is that, once losing the status of a transit country for Russian gas, Ukraine may also lose its attractiveness to the Kremlin rulers who crave at all costs seizing Ukraine’s national gas transportation system and the getting the whole of Ukraine back under its control.