Ukrainian privatization: from words to action

Ukraine is in anticipation of a wave of sales of state assets. Privatization adrenaline pumps up the country’s top politicians and officials. Some are doing everything to disrupt the process, while the others are trying to hold transparent competitions. But any mistake or any scandal can be too costly to the state – the investors may lose confidence in Ukraine for years ahead.

Over the last two years, any attempt to start a large-scale privatization in Ukraine boiled down to loud announcements of ambitious plans that have remained unfulfilled to this day. And the closer the country is coming to the scheduled date for the sale of its property, the more pitfalls emerge hampering the privatization process. But this year must be a decisive one, when the authorities can finally move from words to action and sell the most attractive assets of the Ukrainian economy.

Meanwhile, politicians have already begun their "PR games" around the privatization process.

"Three weeks ago, [while there were no parliament sessions], the prime minister announced the privatization of a million hectares of agricultural land. During these three weeks, the State Property Fund decided that a discount of 40-60% should be set for the sale of state property, including the monopolies," Yulia Tymoshenko, the leader of Batkvshchyna (Fatherland) Party, said in Parliament.

During her five-minute speech, the MP recalled all the Cabinet’s "sins", including raised utility tariffs and privatization of strategic companies.

But Tymoshenko's statement has nothing to do with reality. Indeed, the State Property Fund has drafted a "discount" privatization list consisting of 31 companies that couldn’t be sold for years. These companies have long become unprofitable, and they are anything but monopolies.

For example, a discount of 60% is set for the sale of the Meridian special purpose aviation enterprise (Poltava region.) with a starting price of $1.7 million for the 100% of the shares. The company is unprofitable (in 2014, the net loss amounted to UAH 596,000), it is almost out of operation, as most of its basic capacities are being leased.

Probably the only company on the discount list which was more or less operating lately is the Chernihiv plant of radio equipment. The Fund has already managed to sell 25% of the stakes for UAH 4.81 million. However, the company brings no profit: in 2015, the net loss amounted to UAH 15.9 million, which is 5.5 times more than in 2014. In the past year alone, the plant laid off almost half of its employees.

Based on these data, the question of the sale of state-owned enterprises is far from rhetorical – they need to be sold before they are “dead.”

Besides Tymoshenko, almost a half of the MPs are now speculating on this privatization issue, in an attempt to gain some political dividends and to attract voters. Every once in a while, the deputies tend to recall in their speeches of a notorious "distribution" of state property back in the '90s, reiterating that the current privatization will be held under the same opaque conditions. At the same time, as soon as the Cabinet or the State Property Fund try to change something in the privatization process, the legislators suddenly find a million reasons not to vote for these changes.

This is the only way to explain delays in adopting a central bill which was supposed to launch large-scale privatization. The epic vote has lingered since last summer: the MPs switched between not having the time to consider the bill and failing the signal votes. Only after the U.S. Ambassador Geoffrey Pyatt intervened with his unambiguous hint saying that the privatization process was in fact being dragged did the MPs adopt the document, gritting their teeth.

"I think this is not normal when we involve an ambassador of a foreign country to solve our internal small problems," head of the State Property Fund Ihor Bilous said.

The ministers have repeatedly stated that some MPs were braking the privatization process guided by personal interests. Economy Minister Aivaras Abromavicius, who filed for resignation due to a conflict with the certain deputies, said: "Either we are all involved in some kind of conspiracy aimed at a large-scale theft of public funds, or we actually do something." 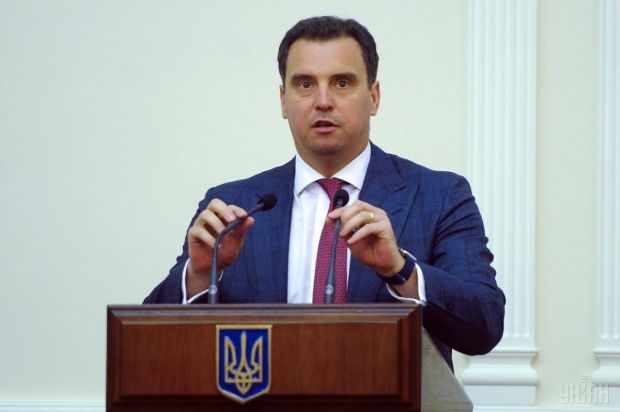 His colleague from the Ministry of Infrastructure Andriy Pyvovarskiy, who has gone on a leave without any intentions to return to the office, also due to dissatisfaction with the work of the Verkhovna Rada, said in an interview with one of the national media that there were certain corruption schemes hindering privatization of state enterprises.

"We can’t go on this way: someone is milking the companies, and then using this money to fight with the Cabinet to prevent privatization," he said.

Delays in privatization in Parliament is a consequence of corruption at the state-owned enterprises, that’s according to one of the supporters of selling the state assets in the agricultural sector, adviser to the Minister of Agrarian Policy and Food, Oleksiy Zubritskiy.

"The main brake to privatization is a corruption lobby. The [financial] flows at the state-owned enterprises are the last thing left for the officials and affiliated businessmen to plunder," he said.

By the way, it is the corruption that attributes to the losses of the Ukrainian SOEs. And the longer the sale of companies is delayed, the further the situation worsens. The Fund has repeatedly noted the need to privatize the companies as soon as possible, because then there will be nothing to sell at all – not even scrap.

Indeed, it will be very interesting to see how a privatized company will become profitable again under the new management. Plenty of question will arise to former managers, and the inquiries will be launched. That’s why they refuse to let go of the SOEs, which they have long considered their own.

But not only these factors prevented privatization. The investors are also discouraged by a military conflict in the east. Even a slight escalation may repel anyone who mulls investing in the Ukrainian assets.

Despite the negative external political and economic background, the State Property Fund still intends to launch the long-awaited large-scale privatization this year. 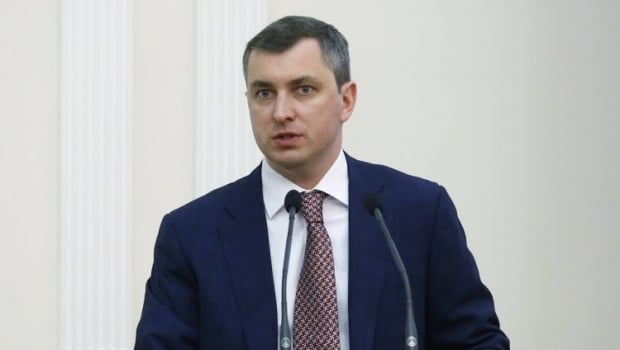 Bilous on privatization terms: "We have less than a year, even less than six months" / Photo from UNIAN

"We have less than a year, even less than six months,” said the head of the State Property Fund early February on the deadline for the launch of the state assets sales.

The expert on debt securities sales at Dragon Capital, Serhiy Fursa, hopes that the large-scale privatization will be held this year. "I hope that privatization will begin. But it depends on political decisions, which means it is unpredictable. The IMF will demand it happen," he said.

It is not only the IMF who require a speedy sale of the SEOs, so does the European Bank for Reconstruction and Development, which has already invested hundreds of millions of dollars in Ukraine’s economy.

Managing director for Eastern Europe and the Caucasus at EBRD Francis Malige said the Bank wished to see decisive steps in privatization, stressing the need for transparency regarding both the sold assets and the buyers

Except improving its image, Ukraine expects to receive from privatization a considerable amount of money – UAH 17.1 billion. NBU Governor Valeryia Gontareva even predicted a $1 billion revenue from privatization this year. This money will help stabilize the hryvnia and increase social payments.

Adviser to the Minister of Agrarian Policy Mr. Zubritskiy went even further by saying he believes that by privatizing state-owned enterprises, Ukraine will be able to abandon foreign borrowing.

The starting point of a large-scale privatization will be the Odesa Portside Chemical Plant (OPP). It is set to become a second "Krivorizhstal," which was in 2005 sold for $5 billion after successful re-privatization by Mittal Steel Germany GmbH owned by billionaire Lakshmi Mittal. 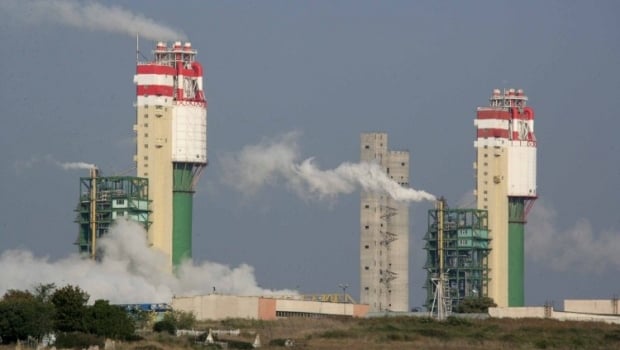 The talk on the sale of 99.6% of stakes in OPP has been going for several years. But, unfortunately, there is less talk about the actual preparation for the privatization of this company than about the scandals regarding gas purchases by this enterprise.

For Bilous, selling the OPP is a matter of honor. He says that the plan of preparing the plant for sale is drafted very precisely. According to him, the auction will start on June 30, to take 30-45 days. That is, if all goes according to plan, the auctioneer will hit the hammer somewhere in August.

At the moment, there is an ongoing process of evaluation of the plant by a small Ukrainian-Hungarian company, which has requested UAH 180,000 for the job. The sum is relatively small given the size of the OPP. The Fund could not attract any of the Big Four companies to this process, as the law does not allow spending more than UAH 200,000 on evaluation.

The next come the controlling stakes in regional energy companies. Their sale can take place in the summer or in the fall, which is quite risky due to the beginning of the heating season. There is no information yet on potential buyers, but the Fund intends to hold an energy conference in June, where it will try to find investors.

The privatization of state-owned shares of the energy sector’s tastiest piece, Centrenergo, is scheduled for 4Q 2016. But the Fund received the stakes in the company from the Energy Ministry only a few weeks ago. The transfer of shares miraculously coincided with the announcement of the appointment of Volodymyr Derzhavin, former aide of Ihor Kononenko [Kononenko is an influential pro-presidential party politician], to the post of deputy head of the State Property Fund on corporate governance of state companies. Time will tell whether the official will take part in "managing" the energy company before its sale. The case file on Centrenergo privatization is still empty, but the Fund has already announced massive changes in company leadership at the meeting of shareholders to be held before the end of April. 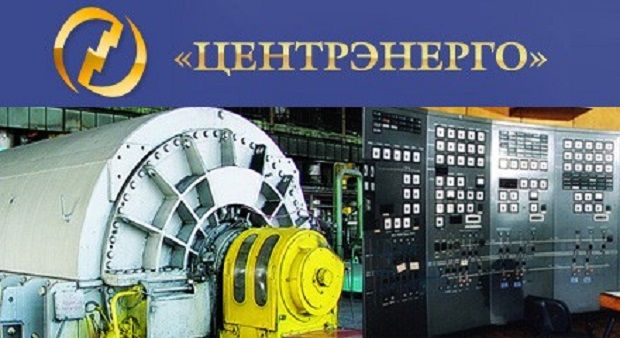 In addition, the Cabinet decision to forward to law enforcement agencies all materials with respect to the abuses by the top management of this energy company will also have a negative impact on the process of preparing for its privatization. These violations were found during the audits by the State Financial Inspection.

A total of 450 companies are expected to be put up for sale this year, among them – 20 large companies, 50 medium-sized businesses, and 380 objects of small privatization. The Economy Ministry finds this number insufficient. The department wants to privatization allowed of nearly 850 companies this year, and it has already prepared a relevant bill. So, the Fund may get piled up in extra work pretty soon, while the number of populist statements by Ukraine’s politicians will also rise inevitably.