A multinational taxi service involving private drivers Uber may appear in Ukraine in the near future. Ukraine’s taxi operators strongly oppose Uber, organizing protests in fears they will fail competition with the international online service. Although, it is not for them to decide whether Uber should come to Ukraine – it’s up to customers.

Actually, Uber has been showing interest in the Ukrainian market for a long time. Reports of a possible launch of the service have been spinning in media since 2014. Over this period, numerous Ukrainian officials tried to grab their piece of positive PR from the issue of this innovative service. In particular, the Ministry of Infrastructure conducted negotiations with Uber top managers, while Kyiv Mayor Vitali Klitschko said that the city authorities were interested in such projects and would facilitate the launch of the service.

Despite the fact that representatives of Uber refused to call the date of launch of the service in Ukraine until recently, according to unofficial data, the start may be as early as this April.

Uber was initially launched in 2009, and today it operates in 68 countries and more than 400 cities around the world.

Official discussions on its launch in Ukraine started late 2015, when Deputy Minister of Infrastructure Volodymyr Omelyan announced talks with representatives of the company.

"For passengers it means more security guarantees, since the service gives the opportunity to choose a car and the driver, according to his professionalism ratings. For businesses it means transparency and legality, as the payment for trips is cashless. This will make operations of taxis transparent and legal," said Klitschko.

But the main and the only force protesting against Uber in Ukraine is taxi drivers. According to them, the launch of the service will lead to billions in losses for the state budget, shadowing of the market and increased risk for the passengers. 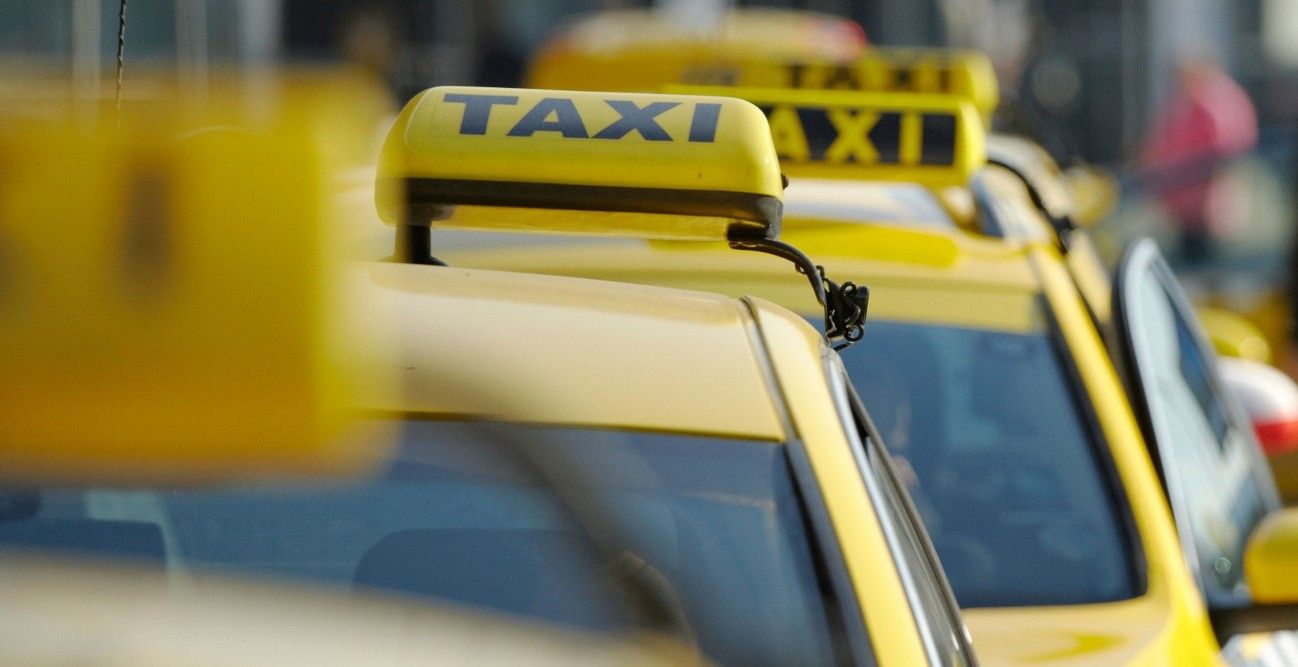 The desire to prevent the emergence of taxi drivers in Ukraine Uber was so great that they even resorted to a rally outside Kyiv City State Administration.

“The fact that Uber will come in with the software, which is already there in Kyiv won’t give more good cars, nor will there be more professional drivers. This needs to be addressed. New cars should be purchased, drivers should be trained and controlled," Andriy Antoniuk, head of the board of NGO Ukrainian taxi motor organization, said in February, channeling the position of the protesters during the rally.

According to him, Uber will not bring capital investment in Ukraine, create new jobs and improve quality of passenger transportation.

He also stressed that protests against Uber have already sparked in many European countries, some of which even banned the service. And the places where Uber still works witness rape and robberies of passengers on a regular basis.

However, Antoniuk was evasive when answering the question why the Ukrainian taxi drivers oppose the company which has been conducting transparent business in nearly 70 countries. He said that it’s not about Uber – they mostly fear for the common good and they want to draw the attention of the authorities to the problem of Ukrainian taxi market.

"We are not against Uber, not against new technologies, but we are for a fair game," Antoniuk said.

A month later, the Ministry of Infrastructure denied the allegations of taxi drivers – the government does not lobby Uber and has nothing to do with commercial activity of the company.

"Indeed, the Ministry held a meeting with the company, and Uber announced its intention to enter the Ukrainian market. They reaffirmed their willingness to work exclusively in Ukraine’s legal framework. The Ministry has provided information on the taxi market in Ukraine, our real position, our approach and vision of the situation that we are preparing the relevant bill, which is now in the Verkhovna Rada. At the same time, we said good-bye and we have no relation to commercial activity of Uber," said the then acting Minister of Infrastructure of Ukraine, Volodymyr Omelyan, at a meeting with taxi drivers late March.

Besides, the arguments of taxi drivers on the lack of transparency in the market were heard, and so began the inspections of taxi operators.

According to the Ministry of Infrastructure, there are is a number of problems regarding operations of Ukraine’s taxi market - licensing of taxi operators, as well as respect for the rights of passengers, in particular, their insurance.

Meanwhile, according to taxi drivers, 99% of Ukraine’s taxi market is in the shadows, and only 1% of the carriers actually pay taxes. According to Antoniuk, over the past few years, tax revenues from the provision of taxi services decreased by almost 1.5 times – down to UAH 26 million in 2015 against UAH 40 million in 2013.

Head of the road department of the Ministry of Infrastructure Roman Khmil at a meeting with the taxi drivers said that the government was ready to establish transparent operations of the market, but the only thing needed is the adoption by the Verhkovna Rada of the submitted bill.

"Today it’s up to the Verkhovna Rada. We would like to bring this bill to its logical conclusion,” he said.

Uber also supported legalization of the market. As stated by Yevgenia Shipova, head of Uber’s Russian office, the company does not intend to destroy the market, but on the contrary - to improve enhance competition.

Shipov also noted that Uber would work in Ukraine only with individual entrepreneurs and legal entities with all the necessary documents, including a license for passenger transportation.

Uber is a technology platform that connects users and drivers. Uber in Ukraine will only work with individual entrepreneurs and legal entities, which will have all the necessary documents for its activities, including a license," she added.

It’s up to passengers 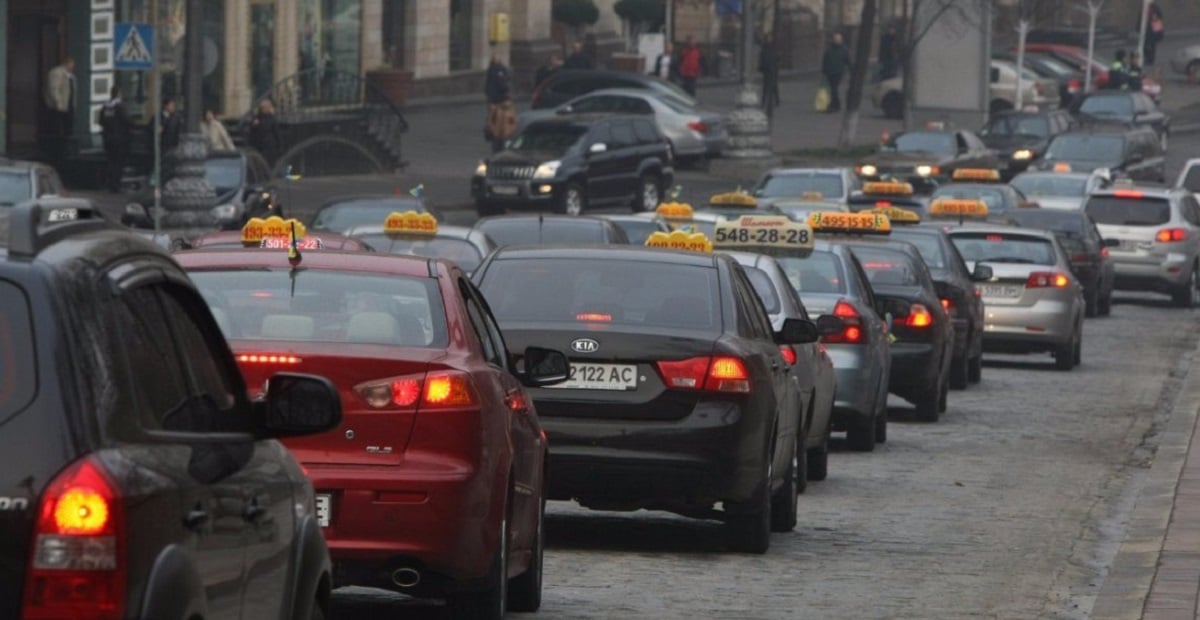 "Excuse me, but there are no cars available in your area,” say the taxi call services a bit too often... However, the taxi is there immediately after the customer says he is ready to pay another UAH 30-40 over the established tariff.

Generally, the taxi dispatch services have long developed various methods of charging customers additional money. To do so, they use to prudently ask what the destination is. If it is a hospital, it is logical to assume that the customer is in a hurry and willing to pay more. Even worse is a situation with ordering a taxi in the night time. Not to mention "highly appropriate" drivers, whom the customers often encounter.

It is not surprising that only 30% of Kyiv customers said they were satisfied with the work of taxi operators, according to a survey by Active Group, conducted late March.

"The more customers use a taxi, the more often they face problems. Most of them are those who are regular customers of certain taxi services. Such regular customers view Uber positively,” said Active Group founder Andriy Yeremenko, adding that more than 40% of Kyiv residents expect this service to be launched in Kyiv.

It would be right if the question on Uber’s launch was decided by passengers, not taxi drivers. After all, competition can only improve quality of services and regulate prices.