Russia and Ukraine have exchanged a new round of blows with trade restrictions, Naftogaz is considering gas purchases for the heating season, PM Volodymyr Groysman has responded to “utility tariff populists,” and Rada played some "opaque games" in the NBU Council members’ selection process – these are the main economic news of the past week.

Russia, which remains in a state of undeclared war with Ukraine, last week decided to further intensify confrontation. Vladimir Putin issued a decree extending discriminatory restrictions on the Ukrainian exports and transit through the Russian territory until the end of 2017. This is clearly contrary to the provisions of the World Trade Organization, since such restrictions may not last more than six months. But come on, has Russia ever had any respect for international law?

The most dangerous thing for Ukraine in Putin’s decree is the almost complete blockage of the transit of goods to Central Asia, especially to Kazakhstan and Kyrgyzstan, which may actually cost Ukraine $1 billion. After all, our exports to these countries last year amounted to nearly $800 million, and in January-April 2016 – to $130 million.

Besides, compared to the restrictions Russia imposed earlier, it’s all Ukrainian goods that are banned from bringing into the Russian territory – not only those falling under the Russian “food embargo.”

"These restrictions by the Russian Federation are opaque, unjustified, and discriminatory, thus violating its obligations, in particular, taken within the framework of the World Trade Organization and the Free Trade Zone Agreement from October 18, 2011," the Ukrainian Ministry of Economic Development and Trade said.

As early as in the morning of Friday, July 8, there were already more than 20 trucks and 80 railcars with Ukrainian goods stuck at the Belarusian-Russian border.

Kazakhstan is also far from being happy about such state of affairs. The Government has sent a request to the Russian government to consider a possibility of transit through the Russian territory of a number of strategic goods coming from Ukraine. At the same time, according to the open sources, Kazakhstan is holding talks with Russia on lifting transit restrictions on all product groups.

It’s unclear at the moment, whether Kazakhstan is able to persuade Putin. In this case, the Ukrainian Government's move to prolong the mirror measures – “food embargo” – on Russian goods until the end of 2017 looks quite logical. But the Ukrainian side believes that a prolongation of the existing sanctions is not enough. Therefore, Prime Minister Volodymyr Groysman appealed to the National Security and Defense Council with a proposal to take a decision on the additional trade measures in response.

The Cabinet has not yet elaborated on any specific sanctions, saying the situation analysis and calculation of losses are underway. However, UNIAN has learned that they can be related to the increase in customs duties on Russian goods and "mirror" transit restrictions, even though this would be contrary to WTO rules.

One of the options is to bypass the Russian restrictions through a "Silk Road," which can be used to deliver the Ukrainian goods to Kazakhstan and Kyrgyzstan via Georgia and Azerbaijan. "Certainly, this will make our products more expensive, but this is the reality of our market," said Minister of Infrastructure Volodymyr Omelyan.

In fact, Kazakhstan is also calling for this solution to the problem. "Not everything is smooth on this route but, nevertheless, the prospects and potential of this route through the Kazakh port of Aktau are very high... Now we are offering to use it for the transportation of goods from Ukraine," said deputy chairman of the National Chamber of Entrepreneurs Dana Zhunusova.

As long as Russia continues to put a spoke in the wheel of the Ukrainian exports, Kyiv should increase trade through the "Silk Road," develop alternative partner ties and once again show its eastern neighbor that it’s the initiator who gets affected by such sanctions.

While it is fine weather pump that gas 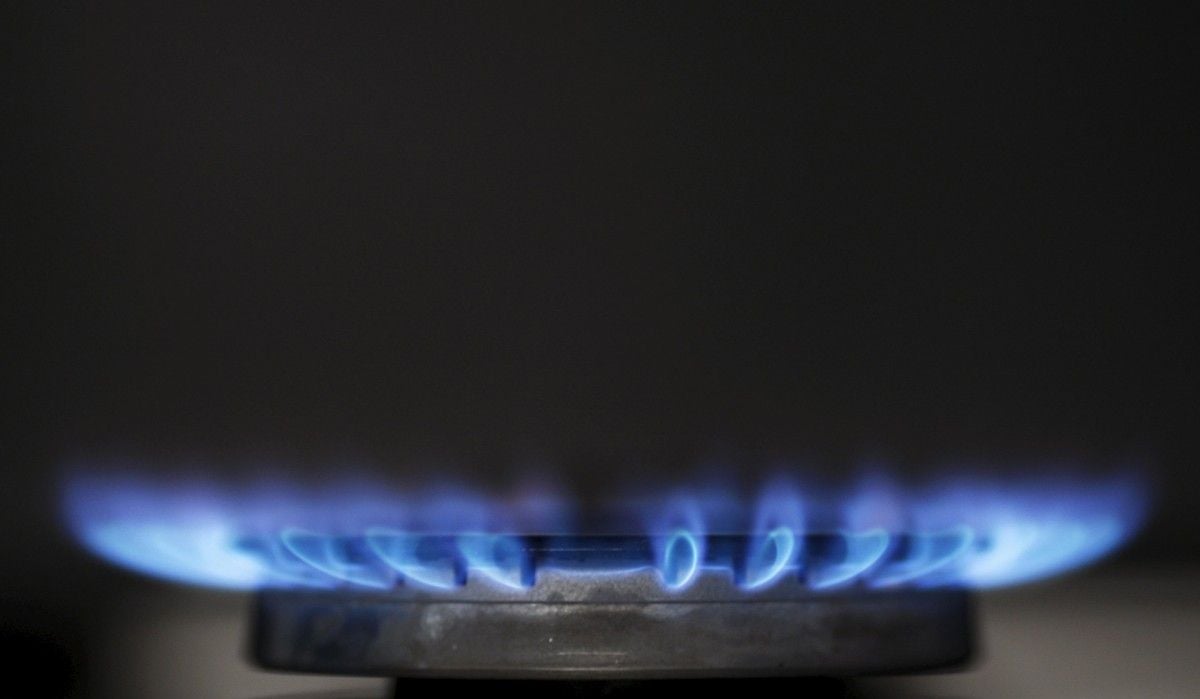 The closer the heating season, the more the talk of Ukraine’s energy security in terms of gas. Last week, Naftogaz CEO Andriy Kobolev outlined the plans for gas purchases, aiming to accumulate at least 14.5 billion cubic meters of gas before the start of the heating season.

Gas will be purchased both at Ukraine’s expense and for the loan funds of the European Bank for Reconstruction and Development. At the moment, it is more preferrable to buy gas in Europe than from the Russian Gazprom.

The additional agreement excludes the take-or-pay obligation on the volume of gas transportation as well as a number of other conditions that restrict Naftogaz operations.

Russia is anxious about signing an additional agreement, as this would weaken its position in litigation with Naftogaz in Stockholm arbitration court. In fact, the revision of a number of conditions of the contract of 2009 may become a precedent for the court’s ruling in favor of Ukraine in cases regarding gas supply and transit.

There is a dilemma arising for Gazprom, whether it’s better to sign of this additional deal and restart selling gas to Ukraine, feeding the hungry Russian treasury, or to wait stubbornly for the arbitration session, the decision of which may further worsen the situation for the Russian gas monopoly. By the way, Stockholm hearings on gas supplies will begin late September, and on the gas transit contract – late November. 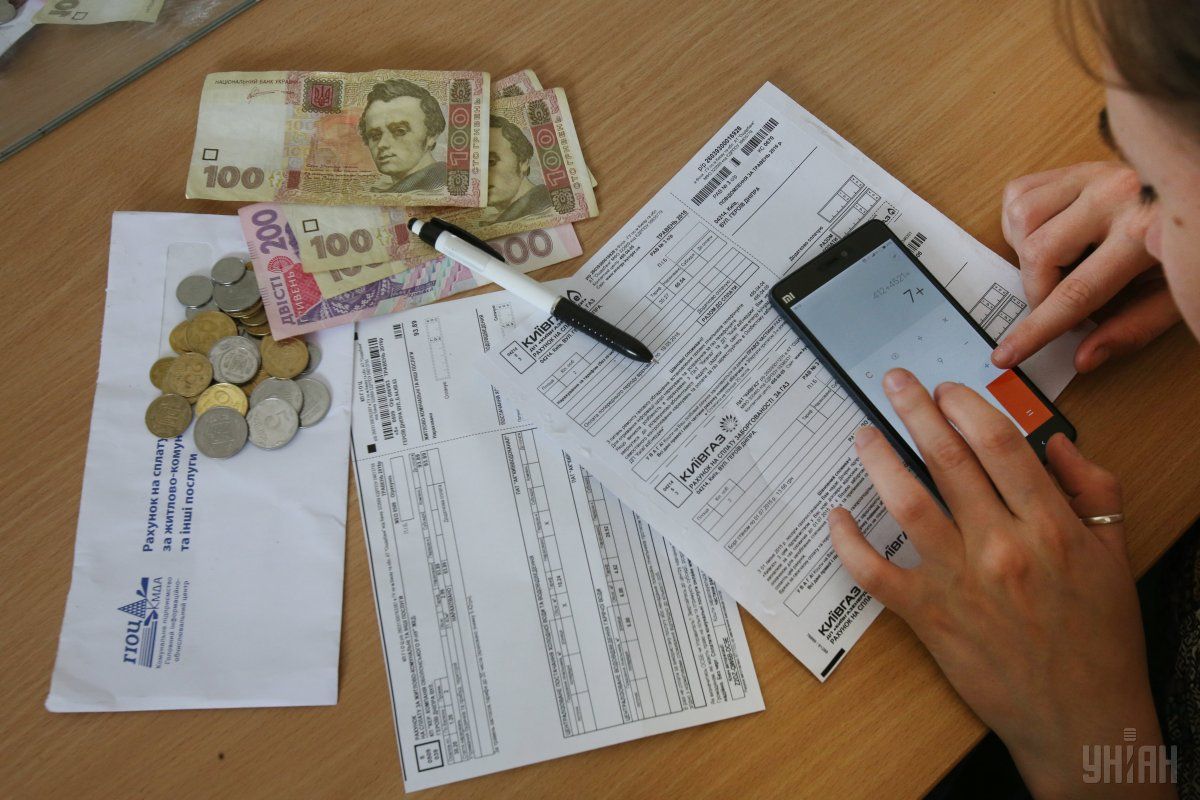 Groysman has responded to “tariff populists” / Photo from UNIAN

While Naftogaz is thinking, where it would be more profitable to buy gas, certain political forces continue their speculations over the topic of utility tariffs. Batkivshchyna and Oleh Lyashko’s Radical Party factions have blocked the parliament’s rostrum, demanding to create a temporary special commission to investigate the mechanisms of tariff setting in 2016.

PM Volodymyr Groysman responded. He said that, if created, such commission should work on analyzing utility tariffs since 2005. But this will hardly be welcomed by all politicians. For example, Yulia Tymoshenko, who in this period was Ukraine’s prime minister twice.

On Friday, when populists disrupted a meeting of the Verkhovna Rada, Groysman decided to hold a briefing where, for the first time, he made a direct swipe at Tymoshenko.

According to him, due to the preferential gas prices, the ordinary people previously had to pay extra for utility services to the wealthy, including to the leader of the Batkivshchyna faction.

Groysman has once again assured that, by setting a market price of gas, the Cabinet is fighting corruption, and it will not fall for the populists’ tricks and lower the tariffs. "The government's steps were designed to eliminate corruption in the sphere of gas prices. Over a few decades, a whole empire was created of gas kings and queens with fortunes worth billions of dollars, saved by depriving the citizens of the opportunity to live a normal life. In the last 10 years alone, according to experts, Ukraine has lost $53 billion on such deals," said the head of government. He also promised to keep targeted assistance to those who cannot afford to pay their utility bills in full.

A tale of NBU Council members’ selection in the Rada 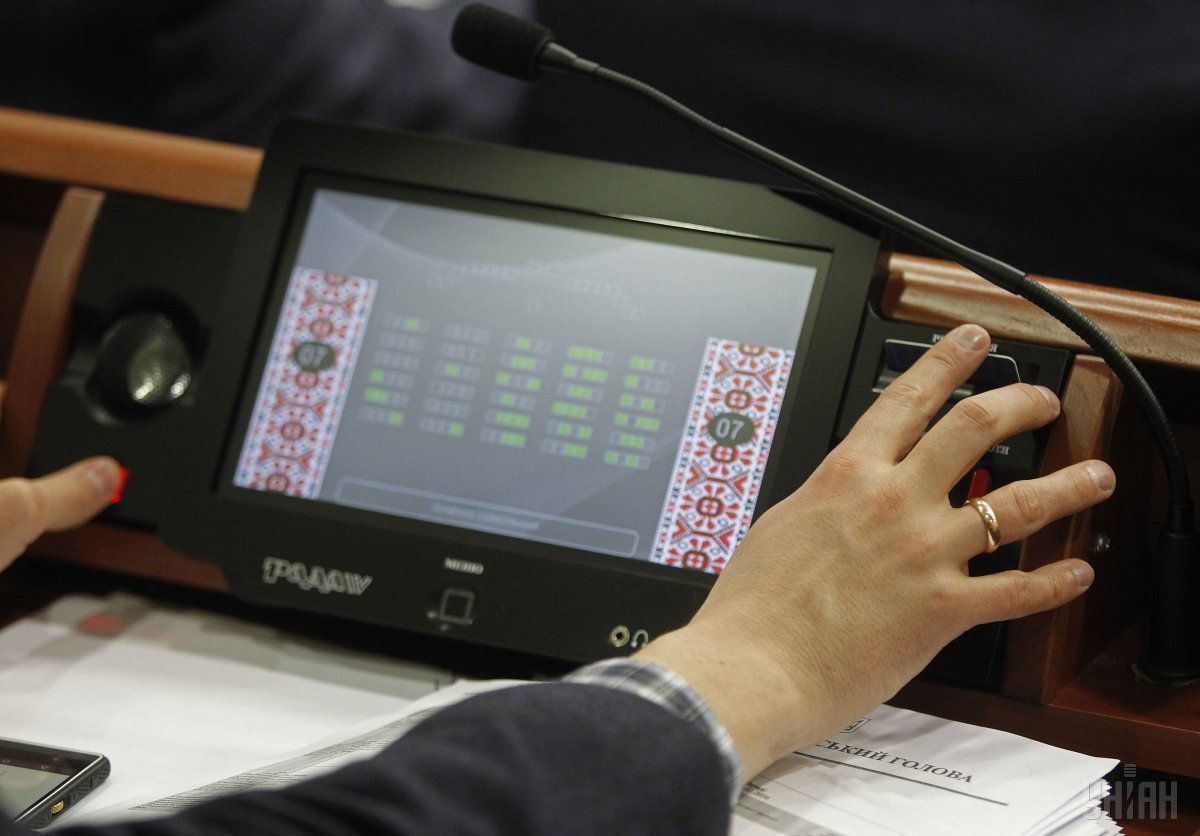 A sudden topic which emerged last week was the appointment under the Parliament’s quota of the four members of the NBU Council. On Monday, first deputy chairman of the parliamentary committee on finance and banking policy, representative of the Bloc of Petro Poroshenko Mykhailo Dovbenko urged the Rada to consider as soon as possible a resolution on the appointment of the NBU Council members.

The prime minister at a Wednesday Cabinet meeting explained why such a hurry. "It is important for me that the Parliament vote for this decision, the National Bank provide a report to the Council, the Council approve the report and allocate UAH 38 billion in the budget for the payment of salaries and pensions for the Ukrainians," he said, noting that the names of the members of the Council are not a matter of his interest.

And as early as the next day, under-the-table games started in the Verkhovna Rada over the list of candidates to the Council. It took the deputies just one attempt to fire the previous members, whose terms in office expired, but a real detective story unfolded with the appointment of the new ones.

First of all, the draft resolution on the appointment was presented in the session hall by the first deputy head of the parliamentary committee on banking Mr Dovbenko – not the head of the committee, member of the Radical Party Serhiy Rybalka.

Secondly, according to the latter, the nominations have not been agreed by the Committee. "Those candidates who have been nominated orally – these are the people who have not passed [through the Committee approval], it's completely different people. This is forgery and conspiracy," Rybalka said in an emotional rant, managing to disrupt the vote.

But the question of the appointment of the new NBU Council members was so important for the government that Prime Minister Groysman came in person to the evening meeting of the Rada urging the deputies to finally approve the candidates.

This time, the prime minister was heard. 258 deputies supported the motion. The NBU Council now includes a member of the editorial board of VoxUkraine Tymofiy Milovanov, head of the Department of Economic Theory at Ternopil National Economic University Viktor Kozyukov, former Director General of the Department of monetary policy at the NBU Olena Shcherbakova, and ex-Deputy Governor of the NBU Vira Rychakovskaya. Now nothing will prevent the National Bank from paying UAH 38 billion to the budget.