The National Bank has once again lowered its key rate and continued to soften forex restrictions; the IMF's leaders have announced they are leaving for a summer vacation without setting a date for the meeting on Ukraine – these are the key economic news of the past week.

The key event of the last week in the Ukrainian economy was another decision of the National Bank to cut the key rate. From July 29, it is set at 15.5%. A year ago, the key rate was at the highest historical level of 30%, after which the regulator has been lowering it gradually, approaching the level of a 12% inflation projected for the year-end.

Central banks around the world use the mechanism to reduce the key rate to stimulate credit growth and economic development. As for the business environment, the news of the changed rate is always very important as it affects the behavior of markets.

However, the National Bank is in no hurry to dramatically lower the rate, explaining its precaution with fears that excess liquidity will shake the long-awaited calm on the foreign exchange market.

"We are not in a hurry for now and reduce our rate gradually because we want the excess liquidity, which has been on the market since late last year in the amount of UAH 100 billion, to remain under control. But we make the market understand that we are cutting the rate, and our target level is the level of inflation," NBU Governor Valeriya Gontareva has said. 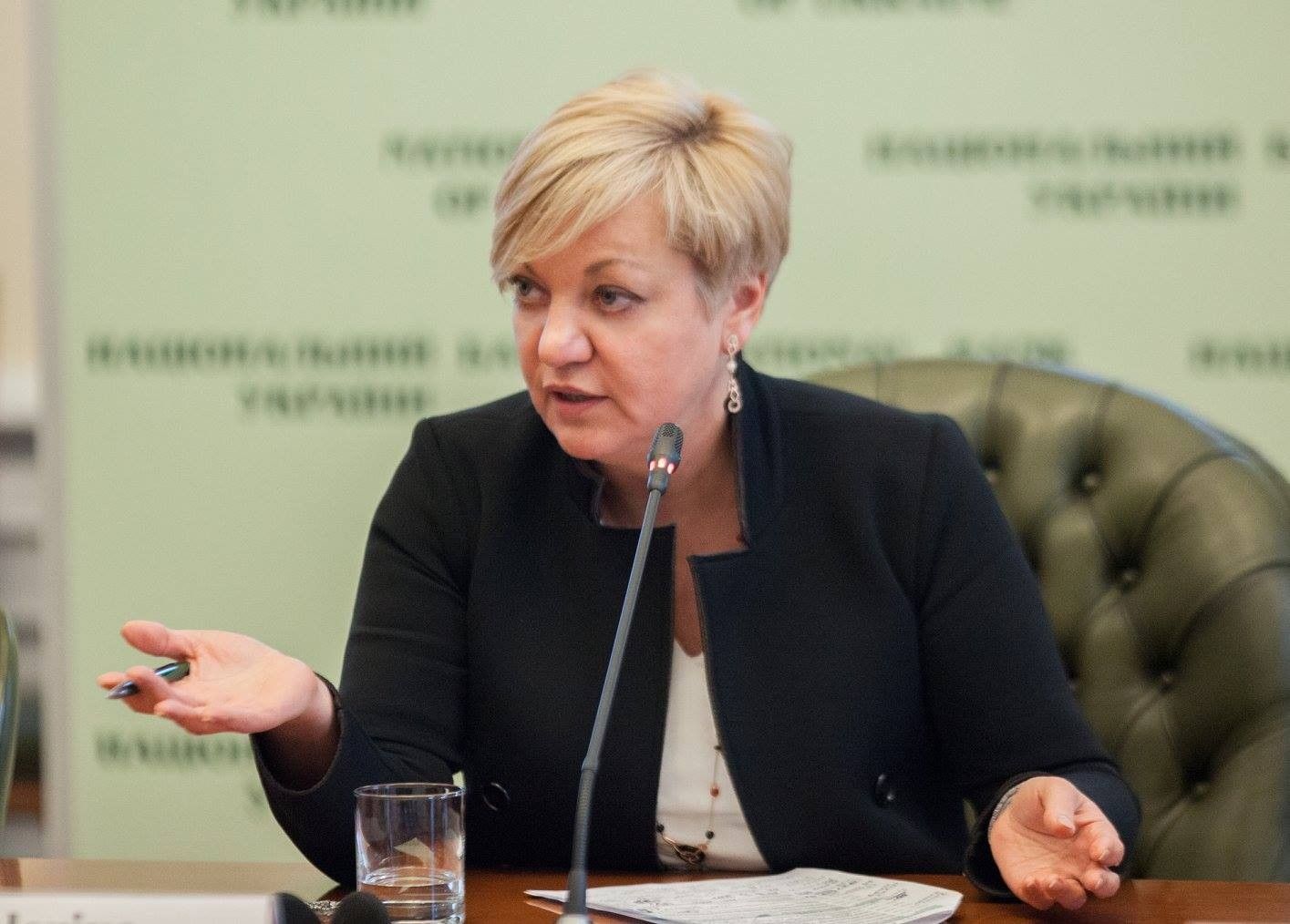 Gontareva: We are not in a hurry and reduce our rate gradually / NBU

In addition, the regulator has taken the next steps to liberalize the foreign exchange: from July 29, the deadline for settlement of export-import contracts is increased from 90 days to 120 days, while the amount of transactions in which payments on import contracts can be carried out only with the use of letters of credit, doubles, to $1 million. Presenting these innovations, the NBU governor noted that domestic producers will now be able to boost their external economic activity without jeopardizing the stability of the currency market.

Net sales of foreign currency by the population speak of a favorable situation on the currency market. Since the beginning of the year, they have reached $1.6 billion. Information on the reduced amount of cash currency outside banks is another evidence. Over the last six months, it shrank to $2.5 billion. At the same time, the National Bank continues to buy back excess currency in the interbank foreign exchange market. Since year-start, the NBU has purchased $1.4 billion more than it has sold. And this is all against the backdrop of a flexible exchange rate and the systematic strengthening of the hryvnia.

Bankers reacted positively to the steps of the regulator, although noting that it is not enough to revive lending.

"In terms of the revival of lending, the effect will be very limited because lowering the key rate does not eliminate the desire of banks to invest excess liquidity in the deposit certificates of the NBU. Redirecting these funds for lending is still prevented by high credit risks, and this is more a question of the protection of creditors' rights in Ukraine, legislative reform at the institutional level and the investment climate in the country as a whole. Unfortunately, the NBU can’t influence these areas," said the analyst at UniCredit Bank Andriy Prykhodko.

The bankers, headed by the regulator, have long talked of the need to strengthen the protection of the rights of creditors, but this issue is constantly being back-shelved. In September, after the Ukrainian MPs return from their summer holidays, the issue is likely to also be postponed until better times, as they will need to consider the draft state budget for 2017 and other important bills required by the memorandum with the International Monetary Fund.

Last week, Ukraine’s Minister of Finance Oleksandr Danylyuk said that the meeting of the Executive Board of the country’s key creditor, the International Monetary Fund, on Ukraine can only take place late August rather than late August, as the Ukrainian officials earlier expected. 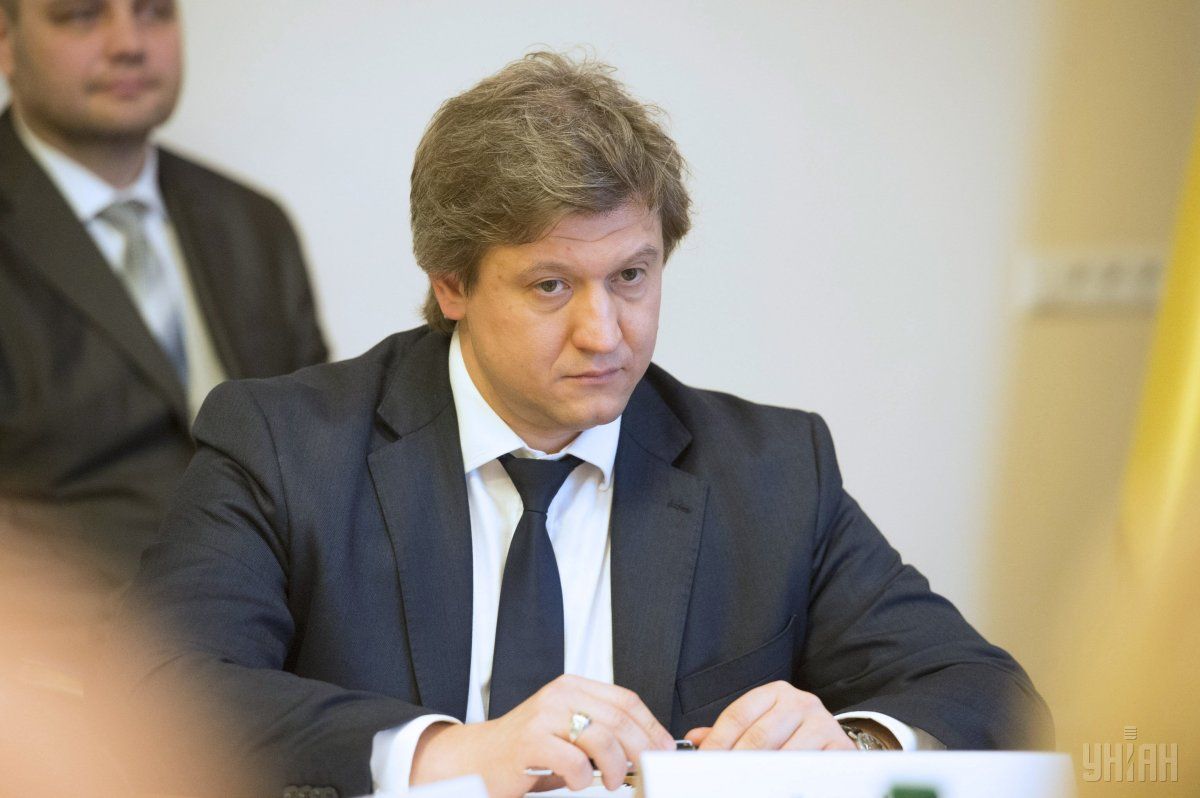 Danylyuk: IMF meeting on Ukraine could be held in late August / Photo from UNIAN

"We are focusing precisely on the end of August, and we are moving on such a schedule," said the minister.

That is, the IMF decision to grant Ukraine the third tranche under the Extended Fund Facility program is being postponed again. Maybe, Ukraine has not overcome the "curse of the third tranche," as all previous IMF programs ended with the first or the second ones?

The Ukrainian authorities assure the public that all of the Fund's requirements for the next tranche have been fulfilled, and the delay is purely of a technical nature, without specifying what kind of technical issues are yet to be resolved. For example, NBU Governor Valeryia Gontareva offered to apply for the relevant comments to the IMF, which was done by UNIAN. The agency requested a comment from the IMF in the framework of the traditional briefing of the IMF spokesman in Washington July 28. But on the eve of the summer holidays, the briefing he was short and focused on covering the issues of global gender equality with the help of fiscal policy.

“And just to be clear, we don't expect a board review obviously before the recess, which is next week. And we expect that Ukraine will be taken up by the Executive Board sometime when the board reconvenes. But beyond that I don't really have a precise timing for the board review of the Ukraine program,” deputy spokesman of the IMF’s Communications Department William Murray said at a briefing, noting that “the earliest would be the second half of August, but again I don't have a precise date on Ukraine. Possibly August or September.” The IMF representative has politely ignored UNIAN’s question about the technical issues.

Ukrainian experts do not believe that almost a year delay in the IMF financing is critical from the point of view of Ukraine’s solvency and remain optimistic, expecting further cooperation with the Fund and the allocation of the next tranche in late August - early September.

"The most important thing in a possible positive decision of the IMF is that it will open the way to the provision of loans from other Western partners (U.S., EU). These are loans, which will go directly to the government, in contrast to the IMF tranche, which will go for replenishing foreign exchange reserves, which is more critical to the budget of Ukraine," said head of the analytical department at Concorde Capital Oleksandr Parashchiy. In his opinion, the delay will not affect the currency market, but if the tranche is postponed again, speculative pressure on the hryvnia will be possible.

At the same time, according to experts, the receipt of all three tranches of the EFF program, planned for the current year, is now unlikely. The National Bank is also aware of this as the NBU has worsened the forecast for growth of Ukraine’s international reserves for the end of 2016 to from $18.7 bln to 17.2 bln due to the postponement of the allocation of one of the IMF tranches until the next year.

"We hope [for it to happen] late August," said the NBU governor, when asked about the possible term of the next tranche of the IMF. However, she stressed that the NBU does not even consider the scenario of termination of cooperation with the Fund and a full halt of tranches.

Some interesting economic statistics was published last week. In particular, the National Bank shared the optimistic estimates that Ukraine's GDP in the second quarter increased in the range of 1-2%, which is significantly higher than the 0.1% growth rate in the first quarter. At the same time, the regulator has kept the forecast for GDP growth in Ukraine in 2016 at 1.1%, and in 2017 – at 3%. Inflation forecasts have also remained unchanged at 12% in 2016 and 8% in 2017.

Rather pleasing with the balance of payments statistics, as for the third consecutive month, it saw a surplus (UAH 377 million in June). This means that the flow of currency in Ukraine exceeds its outflow and there are no threats to the stability of the national currency. However, taking into account the NBU stats, the foreign trade deficit in goods continues to grow due to the drop in exports. If this trend prevails, it will soon have a negative impact on the balance of payments.

The banking system continues to recover after a crisis. The assets of operating banks, excluding the insolvent ones, have grown by UAH 10 billion, liabilities – by UAH 7 bln, and capital – by UAH 2.4 billion. The share of foreign capital in the banking system has increased significantly – in late June, it reached almost 55%, which the regulator explains with recapitalization of 20 major banks, including foreign ones.

Meanwhile, Ukraine’s public debt continues to grow. The total amount of public and publicly guaranteed debt so of the end of June 2016 amounted to $67.1 billion, according to the Finance Ministry. That is, the figures grew by 2.5% over six months. Public debt in the hryvnia equivalent has increased by 6.1%, to UAH 1.668 trillion, since year-start, due to the devaluation of the hryvnia in the January-February of the current year and the corresponding revaluation of foreign exchange liabilities of Ukraine.

The next week promises to be just as poor on economic developments, since the first two weeks of August are traditionally the period of vacations in the majority of companies and institutions, and not only in Ukraine. The ones who will have no time to rest will be the Ukrainian farmers, who are now at the peak of a harvesting season. According to the agrarian ministry, as of July 29, the farmers have already yielded 29 million tonnes of early grain crops, which allows Ukraine to expect a harvest close to the record – at the level of more than 60 million tonnes.