The Ukrainian Government has announced it is drafting a package of incentives for the revival of the national economy and hinted at the rigidity of the draft state budget for 2017; consumer prices fell again; while Europe showed interest in the Ukrainian gas transportation system – these are the main economic news of the past week.

The past week was marked by important economic news / soc-set.com

The second week of August, traditionally, was not raining with important economic news; however, it was marked by a number of interesting events and facts that indicate the state of the national economy and provide an understanding of growing trends.

On Monday, after a week's break, Prime Minister Volodymyr Groysman chaired a meeting of the Cabinet, announcing plans to prepare a package of legislative initiatives to stimulate economic growth by the start of the September session of the Verkhovna Rada.

"We have to develop a package of legislative initiatives that we need in the framework of the work if the Ukrainian Parliament, in order to support economic growth," said the head of government.

The first signs of economic growth must be supported by stimulating economic policies, the Premier emphasized.

In this context, the government intends to develop a "non-populist mechanism" for the increase in wages and pensions, which would correspond to the actual opportunities of the economy. As the prime minister said, the Ukrainians’ labor is undervalued, therefore state support should be aimed at stimulating the growth of salaries.

During this month, the Cabinet also intends to hire the staff for the Office for attracting investments, so that it could start its work from September 1. This structure will accompany the activities of foreign investors, for whom Ukraine has high hopes.

An international song contest Eurovision 2017 scheduled for May 2017 will also contribute to improving the image of the country. Thanks to the victory of the Ukrainian singer Jamala, Ukraine is hosting the next show. Last week, the government has allocated to the State Committee for Television and Radio Broadcasting UAH 450 million for preparations for the contest, while Kyiv, Dnipro and Odesa are competing for the right to be a host city. The winner will be announced August 24 – on Ukraine’s Independence Day.

A tough budget for a “military” year 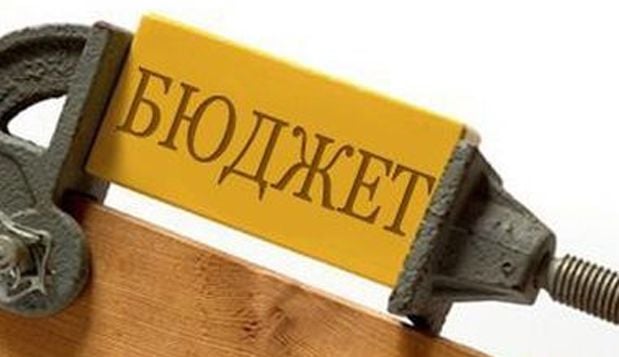 Budget 2017 will be tough in terms of expenditures / segodnya.ua

Last week, some details of the state budget for 2017 started to clarify, as the government is actively working on its draft. According to the Constitution, the document must be submitted to Parliament before September 15.

"Before September 15, we plan to submit a [draft] budget. I have to say: the process is not easy," said Minister of Finance Oleksandr Danylyuk.

The Ministry of Finance intends to change the principle of formation of the state budget for next year, making it based on the forecast of revenue and real opportunities rather than on the plans for expenditures.

"We are all used to a certain freedom in the formation of the budget, but this year, it will not work this way. It’s time for a reality check," said Danylyuk.

This statement means that the Cabinet is set for tough economy of public spending. This principle will also extend to the education sector. According to the Ministry of Education and Science, the Ministry of Finance sent to the main managers of budgetary funds a Letter of Instruction on the preparation of applications to the draft state budget for 2017, where it tells to reduce costs for stipends. The same applies to the draft budgets for 2018-2019 years. However, the Ministry of Education refused to support this initiative.

After a wave of criticism from the media and education workers, Danylyuk said that the Ministry of Finance does abolish stipends as such (it has no such authority) but only expects to provide a new mechanism for their payment in the budget 2017.

It is planned that the financing of expenditures of the security services and defense in the fourth year of the undeclared war Putin’s Russia is waging against Ukraine will remain at the level of the previous year – nearly 5% of GDP.

Nearly 3% of GDP is to be allocated for the defense industry. All of these expenditures, caused by the need to refute Russian aggression, are estimated at UAH 129 billion. 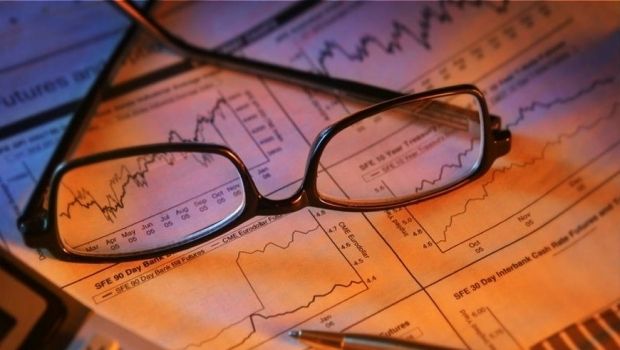 The government forecasts that in 2017, the economy could grow by 3% / wikipedia.org

Filling the budget will only be possible when the economy works. The citizens, the businesses and the government – they all expect that next year will mark the beginning of steady growth. According to First Deputy Prime Minister - Minister of Economic Development and Trade Stepan Kubiv, in 2017, the national economy could grow by 3% compared with the 1% growth this year. Last year, due to the Russian aggression, the damage it inflicted in the industrial Donbas, and trade wars, the country's economy has fallen by 9.9%. Therefore the growth by 3% is good progress, indeed.

The vice prime minister sees gradual growth of investment and consumer demand as the drivers of growth at this stage.

"This positive effect is given by macroeconomic stabilization, gradual improvement in the business climate, improvement the effectiveness of the management of the economy’s public sector, and harmonization of the national legislation to that of the EU," Kubiv has told UNIAN.

Fitch Ratings agrees with the government's estimates of growth of the Ukrainian economy in 2016 by 1%.

Fitch forecasts a slight weakening of the hryvnia exchange rate to the U.S. dollar at the end of this year to UAH 26 per dollar. The agency believes that in 2017, the national currency exchange rate may fall to UAH 28 per dollar.

Meanwhile, the State Statistics Service records a stable situation with prices on the consumer market, which also distinguishes this year from the previous two years of galloping inflation. According to the stats released, there was at 0.1% decline in consumer prices in July compared to the previous month. In June, Ukraine saw a 0.2% deflation. The greatest decline in prices in July compared to June was recorded for vegetables - 20.1%, footwear - 4%, and clothing - 3.3%.

Weak inflation processes allow us to expect that by the end of 2016, the prices on the consumer market will not rise beyond forecasts of the government and the National Bank at 12%. 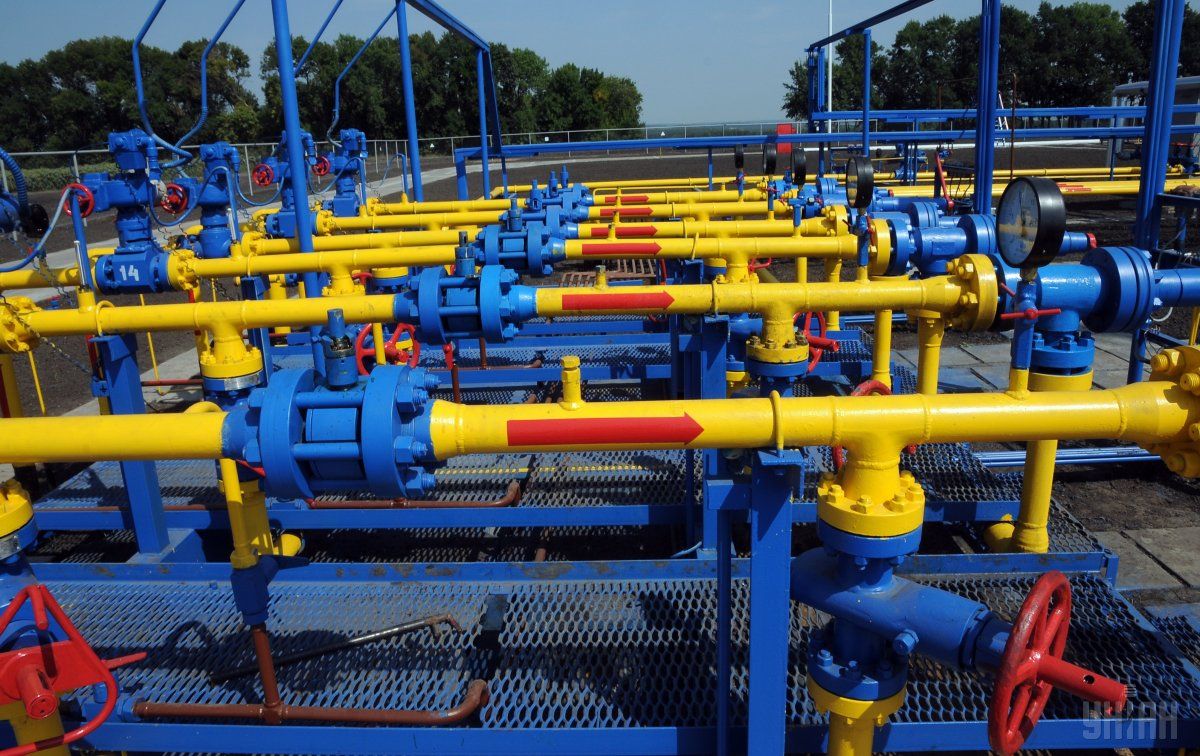 The past week also reminded of the strategic importance for Ukraine and Europe of the national gas transportation system, which is a reliable supplier of fuel for the European economies.

According to the commercial director of Naftogaz of Ukraine Yuriy Vitrenko, European companies are interested in participating in the management of our gas transportation system.

A more detailed information has not yet been made public, but it is clear that Ukraine's future partner may not only help the country deal effectively with gas transits, but also to transform Ukraine into a major gas hub. This will allow European companies to purchase gas on Ukraine's border with Russia, which will increase the interest in the Ukrainian gas assets.

Meanwhile, Ukraine last week significantly increased the transit of Russian gas to the EU countries. On Monday, Gazprom appealed to the state-owned Ukrtransgaz, the national GTS operator, with the request to provide increased volumes of gas transit via Ukraine due to the transit halt at Nord Stream caused by scheduled maintenance of the pipeline. As is known, Nord Stream was designed to a greater extent to deprive Ukraine of significant volumes of gas transit.

Ukrtransgaz agreed to do as asked by Gazprom. However, the things traditionally went along with the northern neighbor’s provocations. In particular, Gazprom has not provided in due time the necessary pressure at the border gas metering stations. Most likely, the idea was that Ukraine would suspend injecting gas into its storages to ensure proper pressure. However, Ukraine has fulfilled the request of the Russian gas monopoly only after Gazprom complied with the requirements in respect to the gas pressure in the pipe. As noted by Naftogaz of Ukraine, Ukrtransgaz has provided transit growth by 20% - up to 276 million cubic meters in a single day, despite the fact that, according to the current contract, Naftogaz could request a longer period.

According to the President of Strategy XXI Center Mykhailo Honchar, the appeal of Gazprom suggests that the Ukrainian GTS continues to play an important role in gas supplies to Europe.

"This once again emphasizes that the Ukrainian GTS plays an extremely important role. Therefore, neither Nord Stream, nor South Stream, nor the other pipelines will not provide anything like this, because, in case of an accident or emergency situation at sea pipelines, the supply will simply be interrupted," Honchar said in his comments to UNIAN.

"As for the Ukrainian gas pipeline, such a situation cannot arise," said the expert. 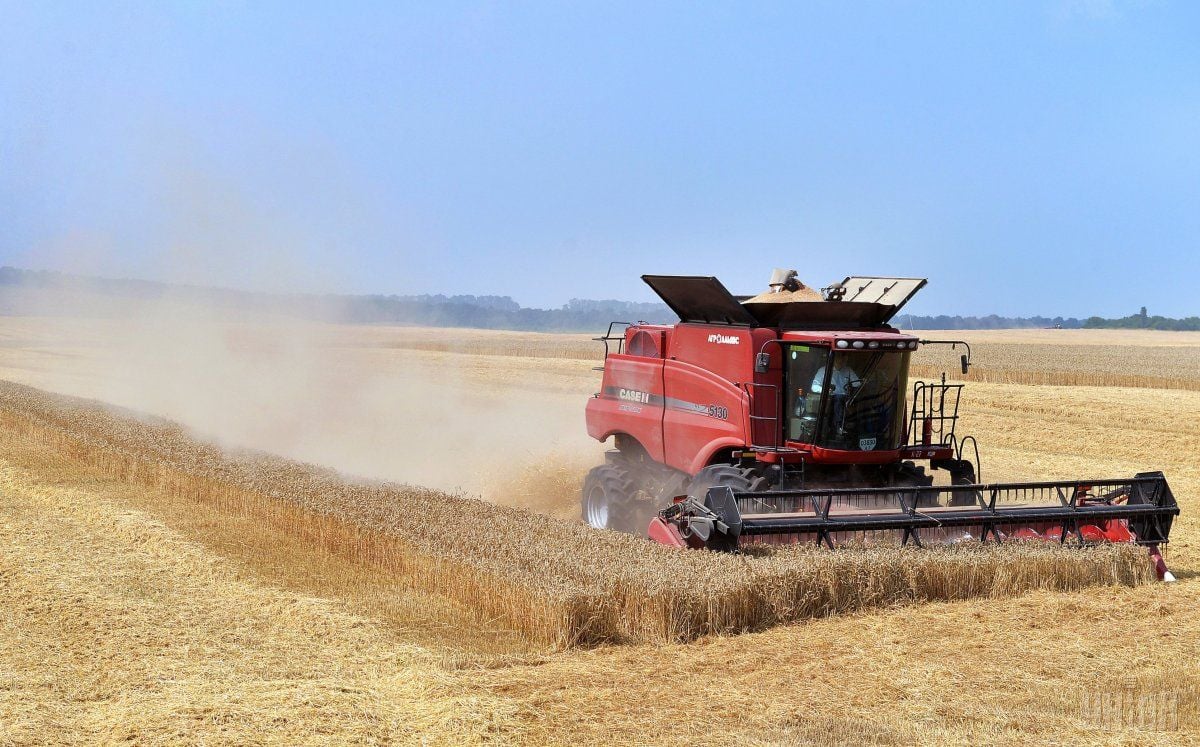 According to the Ministry of Agrarian Policy and Food of Ukraine, the current year has been very fruitful for Ukraine. An indicator for grains is 39.4 c/ha. The biggest yield is recorded in Odesa region with 3.8 million tonnes.

Next week promises to be richer on economic news. Naftogaz plans to complete the selection of companies that will supply gas to Ukraine for the loan funds of EBRD, which will help accumulate in storages enough gas for the heating season. The State Statistics Service will publish information on foreign trade, housing construction, and will summarize the work of transport. Most likely, the Cabinet will also hold its meeting next week.

Meanwhile, it is clear that information calm in the country’s economic life will also remain before Independence Day, after which the Ukrainians will return to their offices from vacations.