The Ukrainian government is introducing an experiment from October 1, canceling state regulation of food prices. This immediately sparked speculations over a possible increase in prices for bread and other socially significant products. In turn, the Cabinet explains that this step will reduce the pressure on business while not affecting the prices.

Deregulation of food prices is long overdue. The thing is that the government started regulating the prices of foodstuffs in mid-nineties. In this way, the authorities tried to influence the cost of food across the country. The idea was that the manufacturers had to declare their intention to raise prices by sending relevant information to the public authorities. But today the state price regulation scheme almost does not work. Although, during this long period, it had different effects. For example, at the times of Prime Minister Viktor Yanukovych, state regulation of prices turned from a declarative procedure into a licensing one.

State regulation has boiled down to corruption

As of today, extra charges to costs associated with logistics and transportation of products are subject to state regulation, for some products this means limited profitability and most importantly - the aforementioned declaration of prices. That is, to increase food prices by more than 1% per month, manufacturers must obtain permission from the local authorities and the State Service for Food Safety and Consumer Protection.

This leads to the fact that production costs may jump at any time, but the corresponding change in prices will not happen immediately, but only after authorization from state bodies. And here is where the notorious corruption component comes in, as the officials enjoy the opportunity to exert pressure on businesses. It is better for bureaucrats to delay the decision, so that the company that suffers direct losses is "more compliant". Or they can fine those who chose not wait for permission and tried to sell their goods at higher prices.

"This is an anti-corruption move, which, I believe, will be well-perceived by Ukrainian businesses," said Prime Minister Volodymyr Groysman, explaining the decision of the Cabinet to lift state regulation of prices.

By the way, state regulation in many respects depends on the local authorities and it also complicates the business. By selling their products all over the country, they face various conditions of price control in different regions.

However, studies have shown that the regulation of prices does not affect the increase in a cost of products. In regions where prices are controlled, and where there is no regulation, products are virtually priced the same.

Thus, the state regulation does not bring the desired effect; moreover, it often worsens the situation in the market. The need to declare prices feeds corruption, and as a result, the administrative costs of companies grow.

"If we look at the dynamics of production in the food industry, the growth in regulated product categories is witnessed only in export-oriented sectors. All that works for the domestic market and is subject to regulation is slowly dying," member of the strategic group of advisors to support reforms in Ukraine Pavlo Kuchta noted in his comments to UNIAN. 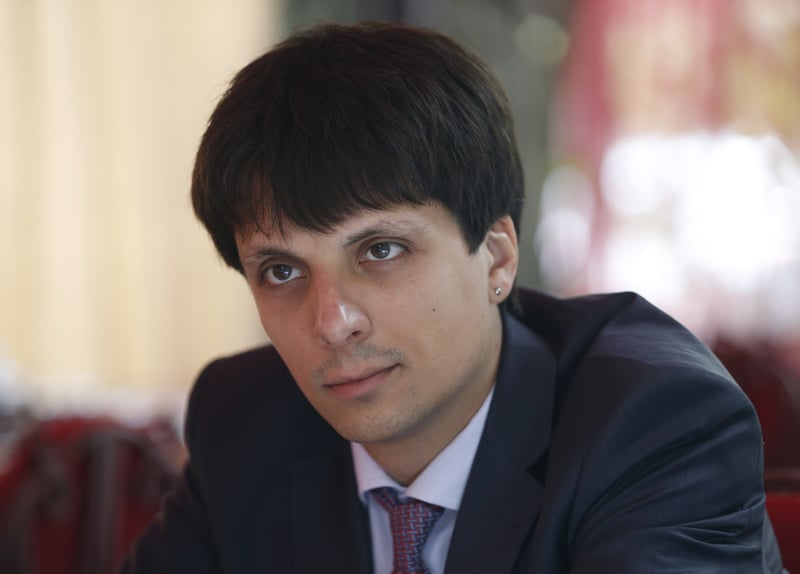 Kuchta: All that works for the domestic market and is subject to state regulation is slowly dying / Photo from UNIAN

The government notes that this step should not result in changing prices, but in the recovery of normal operating conditions for the food industry. This measure is a shining example of deregulation, aimed at a creation of normal market conditions by eliminating opportunities for corruption and simplification of business rules.

"In the area of the food market deregulation, state regulation of prices was the biggest problem. In fact, for the food industry, its scale is comparable to the introduction of a single tariff for gas for gas production and supply market," said Kuchta.

Those who are afraid of rising prices following deregulation should not worry. Firstly, the Cabinet’s move does not apply to bread, which is truly a sacred food for Ukrainians. Price regulation is abolished for most cereals, dairy products, pasta, and many other products. Secondly, a trial period of three months has been set, so that the government could monitor the change of price tags.

As Volodymyr Groysman noted, those who will try to make extra profits by hiking prices after deregulation will be punished. "If the business understands that we moved in good faith to ensure that no one puts pressure on the companies, I think that business should respond adequately. But if someone tries to abuse the situation, we will respond firmly," said the prime minister. 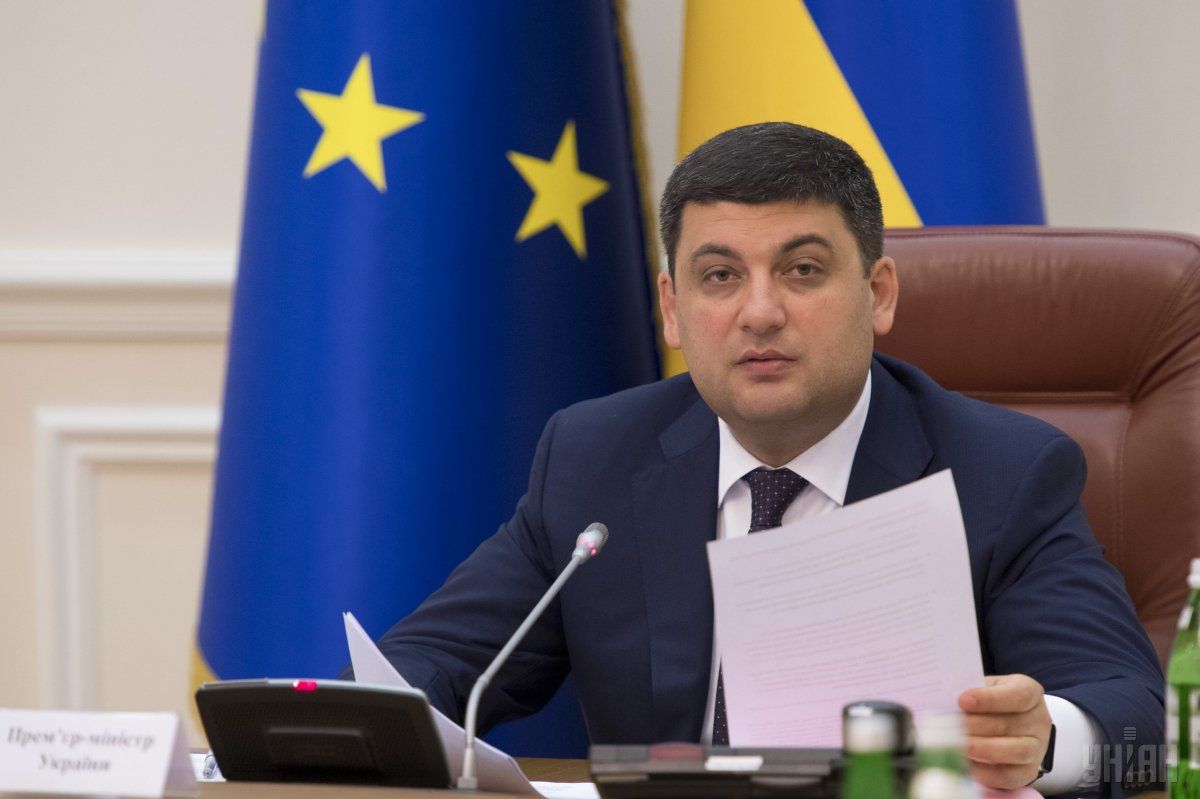 Groysman: If someone tries to make extra profits after deregulation will be punished / Photo from UNIAN

The direction chosen is absolutely correct as the Ukrainian economy will face stagnation and a further investment hunger without deregulation. But the state should prepare for the removal of these barriers. To replace the state control, market mechanisms should come, which are, unfortunately, developed rather poorly in Ukraine.

For example, manufacturers will be able to abuse the situation and conspire to raise prices. In this case, the Antimonopoly Committee should come into play. However, it has no real results in this field to boast so far.

Everyone remembers the story of how the AMC in the spring of last year fined the largest retailers for their cartel deals. The investigation began in 2012, when retail chains used similar mechanisms that led to an economically unjustified increase in prices for foodstuffs.

In particular, prices for dairy products, pasta, sunflower oil, cereals, meat, and fish in 2011 and early 2012 increased by 15-60%. At the same time, the consumer price index only rose by 13.5% over the same period.

However, with the maximum fine of UAH 20 billion, the AMC imposed a little more than a UAH 200 million fine. This sum does not look frightening for the largest supermarket chains, including Silpo, Furshet,  Velyka Kyshenia, Eco Market, Novus, and Metro. Moreover, that case is still not closed. It only moved into the judicial plane.

If the AMC continues to react to possible abuses following deregulation with such long delays, the public is unlikely to appreciate the initiative of the Ukrainian government. Although the business will be as happy as ever, of course.

The prices must also be monitored by the newly created Consumer Protection Service. However, the Ukrainians have not had a chance yet to assess the results of its work. Meanwhile, it would be only enough to remember the last year's jump in prices for buckwheat.

Against the background of declining stocks of buckwheat, its cost in retail stores has grown several times, reaching up to UAH 50 per kg. Moreover, state authorities have failed to figure out who was to blame: wholesale distributors or retail chains. But it is not that important for customers. What is important is that no one was punished, while the price began to decline only with the new harvest.

It is an absolute must to free the food industry market from rudimentary government regulations which only hinder the development of domestic producers and retailers, making it difficult to attract investment in the industry.

But it is impossible to do it effectively without regulators enforced which could ensure normal functioning of the market. And if the market mechanisms do not work, then deregulation is unlikely to bring any benefit. So the next three months may be an indication of whether the current government is able to lead Ukraine to a free market, or the Soviet style of management still prevails in high offices.