On October 4, the Ukrainian Parliament finally adopted several important environmental bills. Unfortunately, there was no "amber" draft law among them, which has for over several years been so much craved for in Rivne, Zhytomyr, and Volyn regions known for their rich amber deposits. 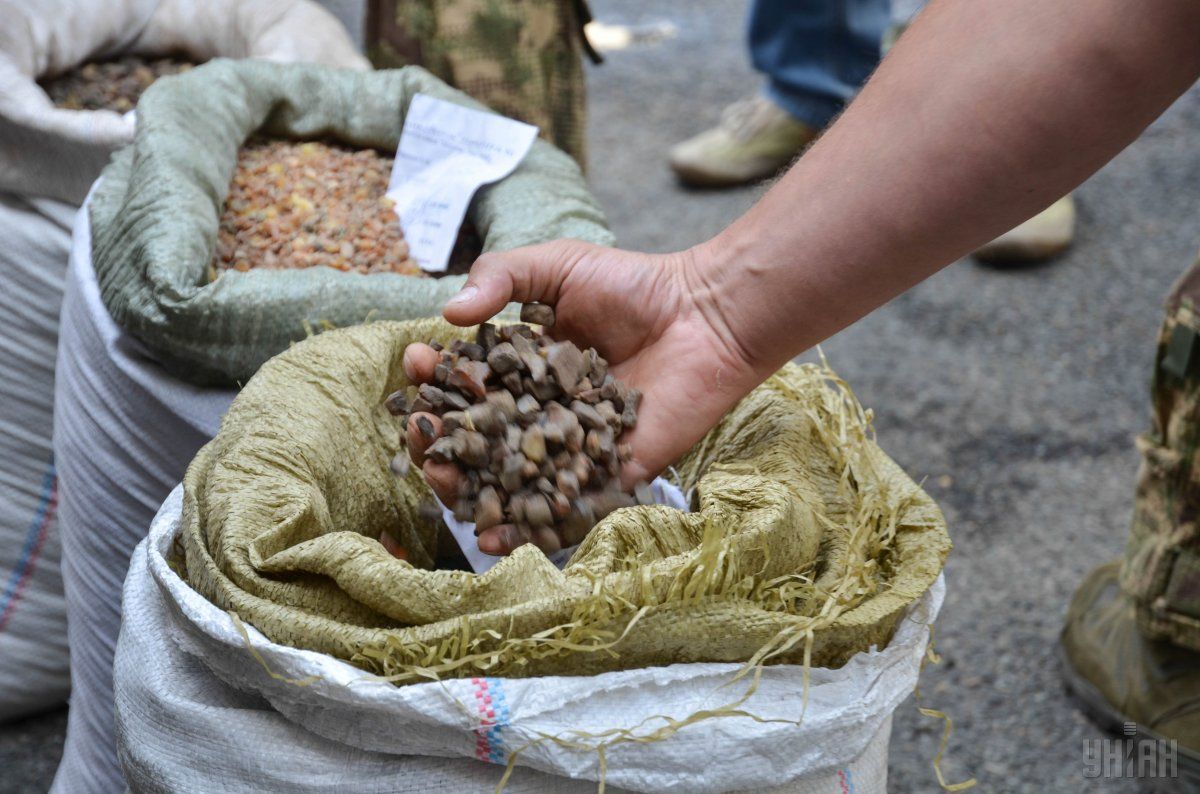 President of Ukraine Petro Poroshenko with a relevant decree in the summer of 2015 instructed the law enforcement agencies to tackle the illegal extraction of amber, which thrives in Rivne, Zhytomyr and Volyn regions. In the first months, the police would often report on several arrests of "solar stone diggers", sent press releases on the seizure of multi-kilo batches of amber, illegal pumps, etc. Then the media stir subsided. But the so-called “amber mafia” has not been defeated.

Battle with no result

Of course, the reports on arrests are still coming. Among them, there were even some high-profile cases. In early September, police detained one of the district prosecutors in Rivne region along with the two organizers of the illegal mining. But the general situation remains disappointing.

The fact that the local police is unable (or unwilling) to solve the problem is generally known. Probably, this is why the Interior Ministry had decided to deploy in the northern areas of Rivne region the special forces from other regions of Ukraine. 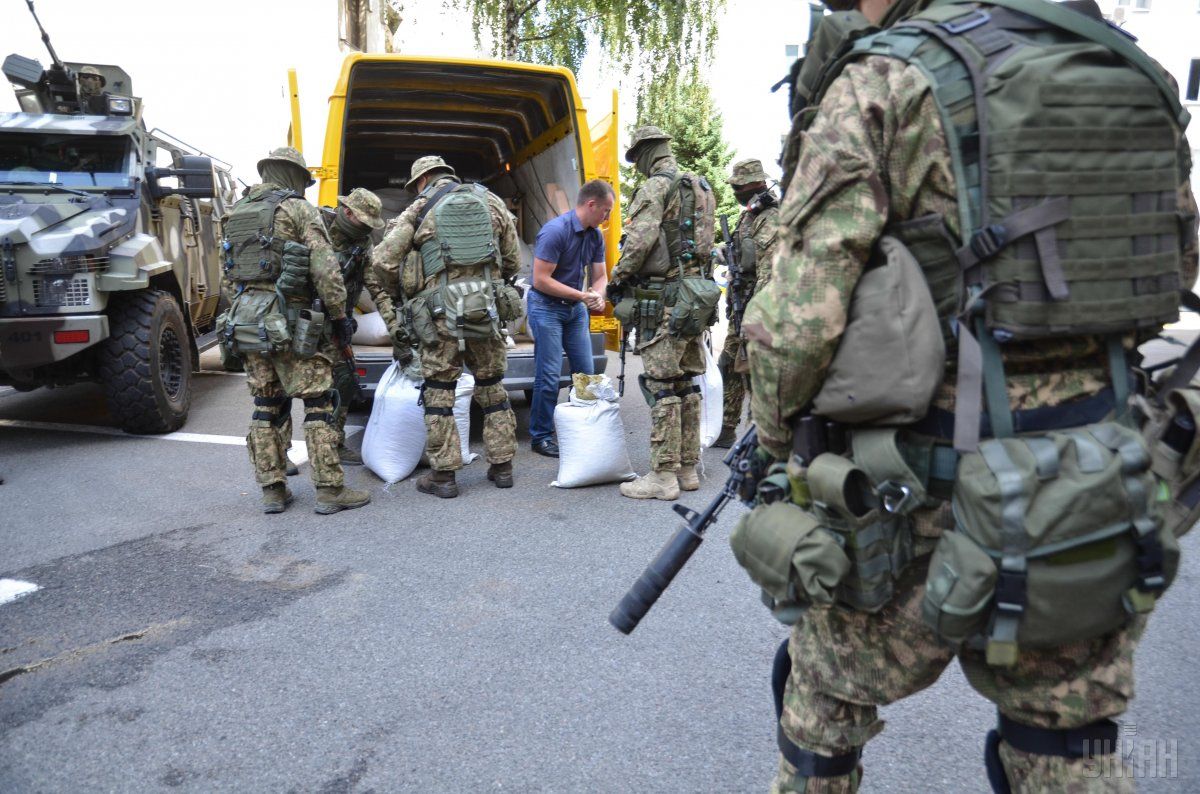 However, as it sometimes happens, not everything goes as planned. According to the Rivne police, there has already been the case when the officer of one of these special forces units received a bribe for not hindering the process of amber extraction. Besides, locals perceive these troops as strangers, who have little knowledge of local forests and trails...

It is not surprising that the number of episodes of physical confrontation between the diggers, police, and special forces is increasing. For example, in one of the July incidents near Sarny, several local youths were injured. Rivne police chief Serhiy Knyazev even had to apologize to the city residents vowing to personally make sure that the perpetrators were found and brought to justice.

However, the confrontation continues. In September, 200 masked men armed with sticks and bats surrounded the police unit which arrived to stop the illegal mining near Sarny. The diggers have demanded that the police officers leave the northern parts of Rivne region and threatened to resort to radical actions had the police refused. The crowd was dispersed in a while after the back-up arrived, but in just a few hours, the situation repeated in the village nearby.

It is relatively calmer in the neighboring regions: Zhytomyr Region’s Police Department has told UNIAN that "the situation with the illegal extraction of amber in Zhytomyr is under control" and no clashes between police and diggers have been recorded and neither have the attacks on law enforcers. "Illegal commercial production of amber in the region has not been halted, but its scope has reduced," says the prosecutor of Zhytomyr region, Lubomir Viytovych.

However, all is not so well and calm on the ground, some local officials say, as well as the very residents of the “amber regions”. People ask not to consider all diggers as some homogeneous group because they are divided into several categories. Someone gets dirty rich on illegal mining, while some "work for a boss " for a certain payment. Sometimes, the pay is decent enough to afford a $50,000-$60,000 SUV.

By the way, that is why serious doubts are raised that after the legalization of amber mining, such people will choose state compensations instead of such huge payments.

The problem is so global it requires a clear law that would not allow the diggers, or the ones who provide protection services, to use unclearly written legal provisions in their interests

Turning to the current situation, we should single out one more detail: There are too many sites across Polissya area where police officers (especially from other regions) just can’t get. Only the locals know the secret paths. And no special forces can prevent the illegal extraction of amber.

At the same time, former head of Zhytomyr Regional Council Angelica Labunska believes that "the Verkhovna Rada is not interested in legalization of amber production".

Given the pace of the problem "settlement" at the national level, it seems that she is not that wrong.

The problem cannot be solved at the regional level

Of course, today some local issues related to the production of amber can be solved with the law on subsoil and weight regulations. But the problem is so global it requires a clear law that would not allow the diggers, or the ones who provide protection services, to use unclearly written legal provisions in their interests. 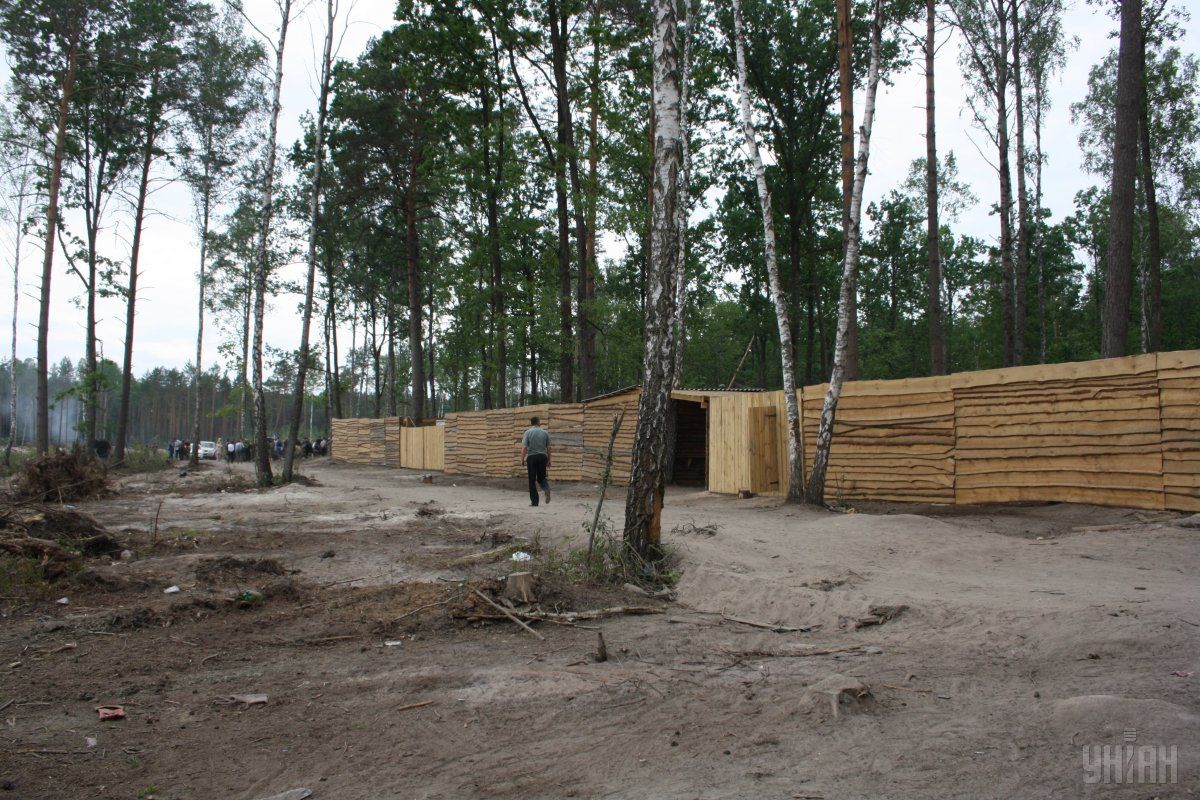 Today the range of proposals on how to resolve the "amber" issues is rather broad. Some say that it is necessary to quickly adopt laws that provide severe penalties for the extraction of amber and resistance to law enforcers. Others offer to legalize diggers. In this case, they would legally report all extracted amber and would not bribe prosecutors and police. But the settlement of the problem is still dragging on.

Meanwhile, there is a total mess in the regions. For example, at one of the last sessions of the Zhytomyr regional council, local enterprises and companies from other regions were denied the allocation of land for amber extraction on the pretext of plans to create a special communal company, which will make impossible the illegal extraction of amber and fill the coffers of different levels, also employing officially hundreds of people from several districts.

Head of Zhytomyr Regional Council Volodymyr Shyrma believes that the inaction of the Kyiv authorities places the entire burden of responsibility for the illegal extraction of amber onto the shoulders of local governments. However, there are no funds in the local budget to create a communal enterprise for the production of amber.

However, the creation of such communal enterprise is no panacea. Ukraine’s first such company Volynpryrodresurs of the Volyn Regional Council (founded March 10, 2016) faces serious problems. The thing is that the company cannot start operations because of the lack of special permits for subsoil use of the State Service of Geology and Mineral Resources of Ukraine. It’s only the state-owned enterprises that can get such permits easily (as stated in the relevant resolution of the Cabinet). However, individuals and companies, including communal ones, have to go through the auction to start legal digging. 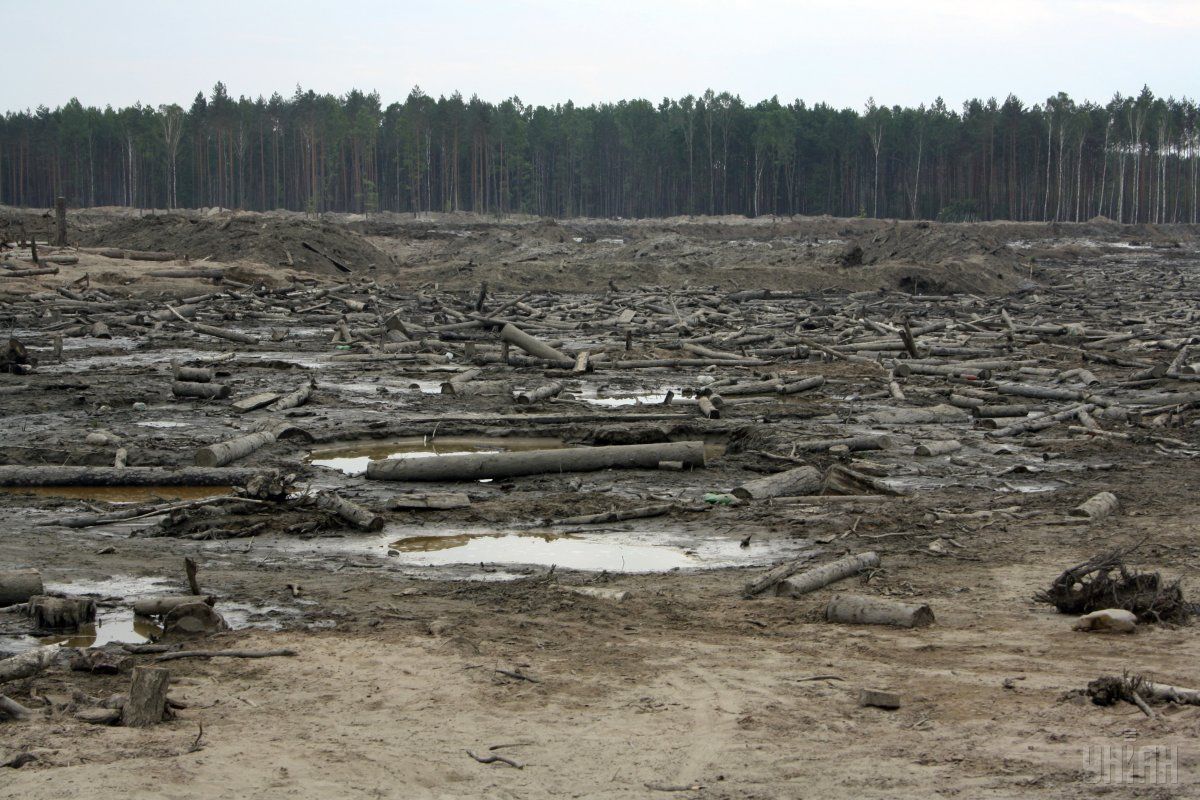 According to Acting Director of Volynpryrodresurs Veniamin Tuz, even if the company participates in the auction, it will not be able to win. "There's one problem: to get a license, you need... money. After all, where there are special permits, there is most corruption,” says Veniamin Tuz. “This order [of licensing] should be changed."

The official said that, to date, local authorities and Volynpryrodresurs expect Prime Minister Volodymyr Groysman to make changes to the relevant resolution of the Government, which was adopted by Prime Minister Arseniy Yatsenyuk. Only when the company is able to get a special permit without an auction, can it do business, engage in land reclamation and reforestation, organize and coordinate the activities of investors (the company will not be directly engaged in amber mining). In 2014-2016, there have been over 30 such investors willing to produce amber in Ukraine’s Volyn.