The International Monetary Fund has published an updated list of recommendations to Ukraine in the framework of a four-year reform program. The list of requirements is very tough. A new fourth loan tranche worth $1.3 billion is at stake. However, Kyiv is at risk of having the disbursement delayed, because one of the key requirements - the launch of the land market - has "failed" to be fulfilled.

Ukraine’s key creditor, the International Monetary Fund, in early October issued a report on Ukraine’s economy and put forward recommendations for further change until the end of the year. For the first time in the history of relations with the IMF, Kyiv saw not just a list of some general proposals sufficient to the first tranches, but a set of very specific objectives in the most problematic areas. Tough and unpopular decisions, similar to the already implemented utility tariff increases, will have to be taken in the banking sector, in taxation of farmers, pension reform, e-declaration, and in the matters of land turnover.

Fulfillment of loan terms will allow the country to receive the fourth tranche worth $1.3 billion by the beginning of December. As noted by First Deputy Prime Minister, Minister of Economic Development and Trade of Ukraine Stepan Kubiv, it is not the amount of the loan tranche which is important here but rather a positive assessment of reforms by an authoritative body.

But will the reform continue? Almost every provision of structural beacons, declared by the Fund, is subject of political and economic debate. And the trouble is that their resolution has already gone counter to the general direction of advice provided to Kyiv.

In particular, the Verkhovna Rada on Thursday, with an almost constitutional majority, hastened to extend for one year - this time until 2018 - the moratorium on farmland sales. The MPs justified this step with the need to take a break to prepare for high-quality regulatory framework in the sphere of land relations. Sixteen years of the ban on the sale of land turned out to be not enough.

Meanwhile, according to the program of reforms, the parliament, together with the government, was supposed in September to work out a package of bills for the phased introduction of the land market since January 1, 2017. The introduction of land turnover has been and will remain one of the main requirements of the IMF to Ukraine, as the de facto shadow turnover of land exists, but the state does not receive any income from it. 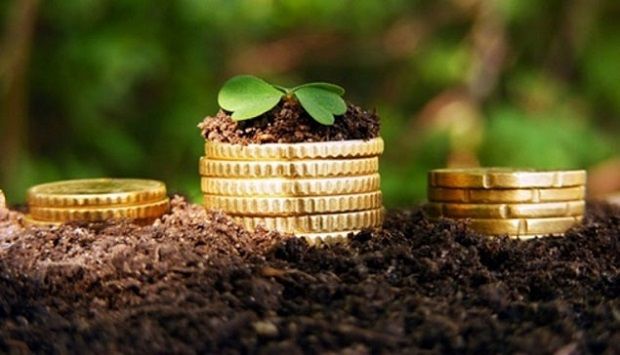 “While Ukraine has a vast area of arable land, use of this land is currently limited by legislation, restricting private owners’ ability to sell their land to more efficient users and constraining the use of land as loan collateral. Amending the legislation to unlock land-related transactions would generate significant economic gains, including higher incomes and greater tax revenues," the IMF wrote in its second review under the Extended Fund Facility.

By the way, both the Ukrainian president and numerous experts have already spoken in favor of opening the land market.

"It is the land reform that can be one of the most important and decisive factor in the country's development and the development of rural areas. Of course, there should be conditions for the opening of the [land] market, but we believe that everything is possible. You can reduce the risk that the market will be non-transparent; it is possible to introduce restrictions that would not allow for abuse and make the market work for the benefit of the country's development. And this seems to be one of the most important priorities. Extending the moratorium [on land sales] is a bad decision. And here you need to find a political consensus," said Co-Chair of the Strategic Advisors Group to support Ukrainian reforms Ivan Miklos.

The IMF has not yet commented on the “land” demarche, but Kyiv is awaiting an assessment mission of the Fund in October. Surely the issue of the land market will be on top agenda in the upcoming discussions.

The land issue is not the only one Ukraine faces because of the IMF requirements. The list of the IMF recommendations for improvement of Ukraine’s underdeveloped and ailing economy is about 150 pages long, full of charts and tables. The following are the most important points of the program.

In the banking sector, the Fund proposes to focus on the recapitalization of banks, improving the management of state-owned banks and the Deposit Guarantee Fund, improving banking supervision and adopting an action plan in case the systemic banks experience problems. At the same time, the IMF welcomed the efforts of the National Bank of Ukraine to establish a healthy banking system and recommended that these measures continued with the same zeal.

Decisions on the pension reform are expected by the end of the year. Ukraine is required to determine the model of the whole system, which would allow avoiding the deficit of the Pension Fund. Among the mechanisms of this model is raising the retirement age, abolishing pensions with privileges, balancing the sizes of pensions, introducing the elements of a funded system. 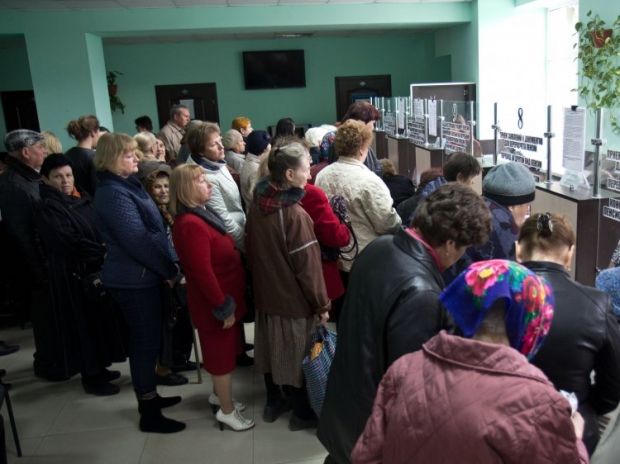 In the energy sector, Ukraine is offered to introduce a quarterly review of prices for gas and heating for the population if these tariffs are different from the import parity level by more than 10%, as well as to control that the subsidies for housing and utility services do not exceed the amount budgeted. Moreover, in the area of government subsidies, it is recommended to monetize benefits and submit the draft decisions in this area in March 2017.

The government argued that the Fund's requirements - despite their rigidity - are important and, in general, feasible. "We are talking about general solutions, Finance Minister Oleksandr Danyliuk said. “Do we need to stabilize the pension system? Definitely! If we see that the system is unbalanced, it is necessary to make decisions."

At the same time, Danyliuk made it clear that "thin ice" in the sphere of implementation of IMF requirements is not just the design of the reform or drafting proper solutions, but rather their promotion and passing, including the parliament. "I would not predict the behavior of Parliament. Parliament has been elected by people, and the deputies are responsible to these people. The Parliament elected the current Government, and therefore we must have common positions," said Danyliuk.

This was also pointed out by Ivan Miklos. In his comments to UNIAN, he stressed that the main difficulties observed today are in the relations between the Government and the Verkhovna Rada.

Risks and benefits of Ukraine

Other experts polled by UNIAN confirmed the risks regarding the Cabinet’s relations with the Rada. Chief Economist at Dragon Capital Olena Belan says that this October will be the most critical month in terms of the implementation of the IMF program’s structural beacons. Moreover, Kyiv has not so many maneuvers at hand. According to the expert, the basic requirements, including, first of all, the model of pension reform and the implementation of e-declaration of incomes of the officials will have to be presented in the near future. The participation of Parliament in this process will be very active. 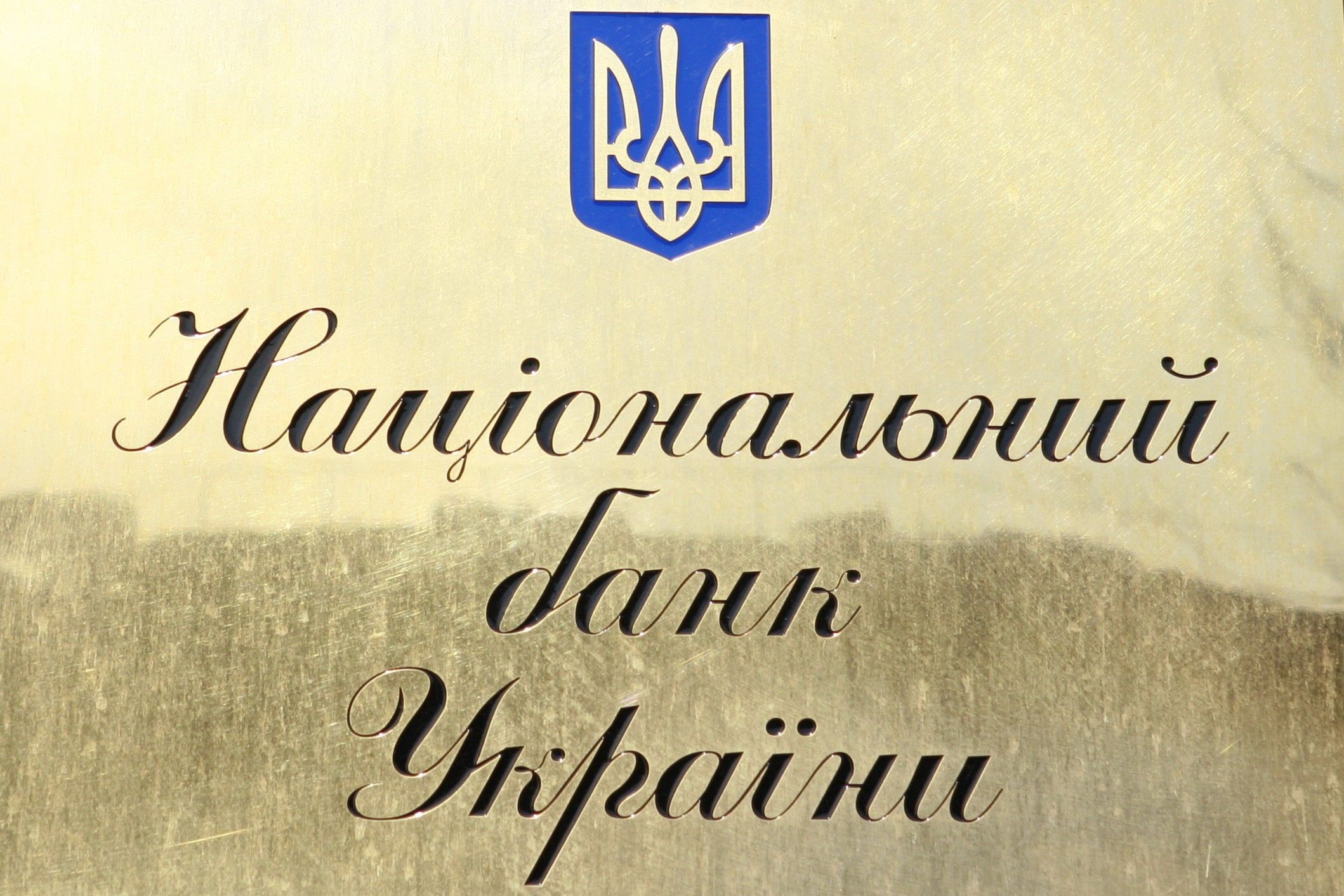 Chief analyst at Alfa-Bank (Ukraine) Oleksiy Blinov shares these thoughts. According to him, the position of the Verkhovna Rada will also be crucial for the less fundamental problems. "For example, a new deadline, the end of September 2016, was set for the tasks on improvement of bankruptcy legislation, already overdue. However, the corresponding bill September 8 was sent for the repeated first reading. The bill scored only 184 votes out of 226 required,” said Blinov. “Or a bill on automated seizure of funds in proceedings. Initially, Ukraine committed to adopt these standards by the end of 2015. In May 2016, the bill was sent to the repeated first reading and it has not been considered ever since. During the last revision of the EFF, Ukraine requested to postpone this task until the end of September, 2016. However, the law has not yet been considered."

Director of the analytical group Case Ukraine Dmytro Boyarchuk believes that the time is also working against Ukraine today. "Very correct" requirements of the IMF will not be met, not only because of the problems along the Government-Rada line, but also because of the lack of time. "I do not think it [the fulfillment of the conditions of the fourth tranche of the loan] will happen within the next three months," said the expert.

In turn, head of Da Vinci analytical group Anatolii Baronin drew attention to the fact that Ukraine had got in the situation "between the two grinders." According to the expert, on the one hand, the reform in response to the challenges of today can be the key to growth. But on the other hand, a number of requirements of the IMF, according to Baronin, are just classic, conservative solutions that do not take into account the national specificities of the recipient of assistance, and therefore can even lead to a deterioration in the socio-economic sphere. For example, raising the retirement age, Baronin believes, would be effective in the absence of deficit of jobs, but not in conditions of significant unemployment among people aged 17-45. "The issue of privatization is another conservative scheme, which does not work in conditions of war and low investment attractiveness. As a result, the winners will be local financial industrial groups or the Russian capital, who will offer sums slightly higher than the initial rate," Baronin said. He also called for reviewing the reform of taxation no less carefully, concentrating rather on the issues of tax administration, rather than, for example, on rates. "The changes in taxation should concern mainly the flexibility and easing of administration. It is early to touch upon the rate, both in the direction of their increase and in the direction of reducing them," the expert said.

What the decisions will be in the end and whether they will be adopted on time, remains an open question,but it is clear that there must be no rush. Co-Chair of the Strategic Advisors Group to support reforms Leszek Balcerowicz in his comments to UNIAN said: "The choice you have is very simple: it may either be stagnant or dynamic growth - not in the next year or two, but in the future – up to 5-6% GDP growth a year. And the choice is up to the politicians who make decisions. But you should be moving comprehensively and quickly." Balcerowicz is positive that the situation in Ukraine was and remains difficult, while the achieved macroeconomic stability is fragile.

Active promotion of the country on the path of reform will make it possible to maintain the stability of the national currency market and attract the necessary financial resources for development from both the investors and international institutions.

In particular, the funds of the International Monetary Fund, which since March 2015 has allocated to Kyiv $7.62 billion with a total volume of the lending program amounting to $17.5 billion.

Disrupting the balance will not be difficult, but restoring it would almost be impossible, especially if Ukraine once again loses the trust of its main financial partner and along with it – of other foreign partners and investors.