The International Monetary Fund issued its recommendations to Ukraine on how to preserve growth of the country’s economy. Despite the advice, the Parliament extended for one year a moratorium on farmland sales. It also passed a bill enhancing the fight against raiding. These are the main economic news of the past week.

Without reform, without the fight against corruption, it will be extremely difficult for Ukraine to continue cooperation with the International Monetary Fund, which repeatedly warned about this. This week, we learned from the Fund’s report how the IMF assesses the situation in Ukraine, what predictions it puts forward and what reforms it requires from the Kyiv authorities.

Ukraine’s main creditor and the doctor of the Ukrainian economy has sent a rather positive signal. The IMF believes that the country’s economy will grow. At the end of 2016, the growth is estimated at 1.5%, in 2017 – at 2.5% with an inflation rate of 11%. "Economic activity will be supported by a de facto loosening of the fiscal stance,… increased consumer and investor confidence, gradually rising real incomes, and a gradual easing of credit conditions, as inflation continues to fall and monetary policy can be gradually relaxed,” the report reads. “However, external conditions are expected to remain a drag on growth, leaving the outlook depending crucially on the strength of domestic demand."

The Fund stressed the importance of Ukraine’s key achievements: the transition from downward economic tendencies to those of growth. However, it would be too early to rest on laurels. Much remains to be done to reinforce success. It means to continue to strengthen public finance system, improve banking system, carry out a pension reform, enhance tax administration, and of course, improve the business climate.

Of course, the Ukrainian political elite does not perceive all the recommendations unambiguously. For example, there is a requirement that all high-ranking officials should declare their assets and income in the electronic declaration system as early as before the end of October.

"Filing electronic declarations by high-ranking officials before the end of October does not look as a task too trivial, given the strong resistance to the e-declaration system and recent attempts to change it," chief economist at Dragon Capital Olena Belan has told UNIAN.

Another example: to get the next loan tranche, Ukraine by the end of November 2016 should entitle the NABU to intercept communication channels and conduct undercover investigations.

It is obvious that the demand to improve privatization legislation will be difficult to fulfill, as well as the requirement to accelerate the pace of this privatization. The list of 3,000 state-owned enterprises should be divided into those that should be privatized, left in state ownership, or terminated. It is easy to predict that political forces will try to do everything to disrupt the process.

However, we will see how it all goes from another attempt to sell the Odesa Portside Chemical Plant, the pearl of the domestic chemical industry, which has remained idle though over the past several months of downtime caused by debts for gas supplied earlier. Prime Minister Volodymyr Groysman hopes that the OPP privatization will be a success this time, and the country will welcome a reliable investor. 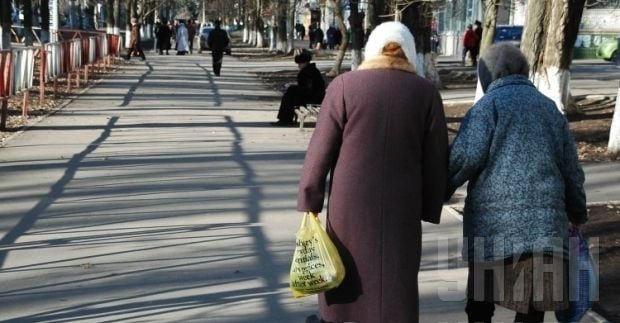 No less acute and painful will be pension reform. The Fund believes that it is necessary to take measures to heal the Pension Fund. Among the obvious measures is raising the retirement age. Although senior officials claim no decision on the revision of the retirement age will be taken that in the near future.

"Before the end of December, increasing the retirement age is not expected. The idea is to define the model of pension reform by year-end, that’s it," Minister of Finance Oleksandr Danyliuk said. According to him, the reform may include raising the retirement age, but no one knows, when it will happen and what will be the scale.

"This issue can be only be considered in the longer perspective: [it will happen] after we increase the level and quality of life of the Ukrainians, and most importantly, after life expectancy is increased," said vice-Prime Minister Pavlo Rozenko. 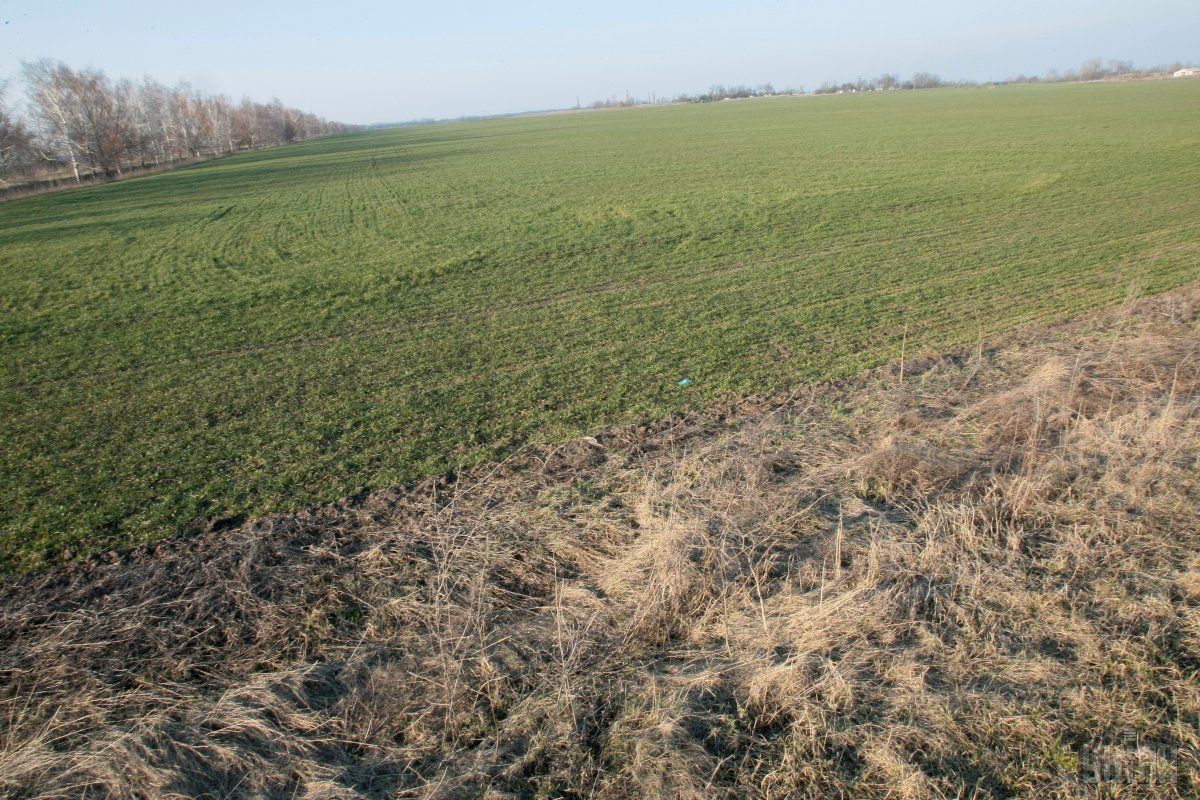 Ukraine is to solve another thorny issue - allowing owners of land parcel to dispose of them. That is, to purchase or sell this land. For over 15 years, a moratorium on the sale of farmland has been enforced. And every year the Parliament discusses the feasibility of its extension or cancellation. And now the IMF recommended the Verkhovna Rada to change the legislation in order to launch the land market. "Amending the legislation to unlock land-related transactions would generate significant economic gains, including higher incomes and greater tax revenues," reads the IMF report.

At the Cabinet meeting, Prime Minister Groysman said that to lift the moratorium, the parliament should adopt a law on the functioning of the land market.

"We will never allow choosing a model that would affect the owners of the land and the Ukrainians," Groysman said, adding that the Cabinet would not take any action on the land market solutions until wide-ranging discussion on this matter is held in Ukraine.

Talking about the land market, one of the leaders of the Strategic Advisors Group to support Ukraine’s reform Ivan Miklos said that the land market should be launched, after minimizing the risk of abuse in this area.

"This is probably one of the most important priorities. Extending the moratorium [on land sales] is a bad decision. And here you need to find a political consensus," he said at a Kyiv briefing.

However, the deputies on Thursday extended the moratorium anyway, until January 1, 2018. The reasoning was painfully familiar and repeated a bit too often: during this period, the necessary legislation must be worked out.

Director of the analytical group Case Ukraine Dmytro Boyarchuk believes that all the requirements of the IMF a "very correct", but their implementation will take longer than stated in the memorandum. "Land reform is no less ambitious than the reform of has tariffs and [the reform of] Naftogaz. And there are influential groups that just don’t need this land market and they won’t give up like that," he said.

The MPs decided at last (one year into the initial discussion) to pass in the first reading a bill on the Road Fund, which will increase funding for road repairs.

"We knock on the rock! We need to break it and build a highway in its place," Infrastructure Minister Volodymyr Omelyan wrote on Facebook immediately after the vote, not believing that the deputies would pass at least the first reading of the bill.

However, if the document enters into force in the near future, then, according to government estimates, the volume of financing of the Road Fund in 2017 will amount to no less than UAH 14 billion. It is worth noting though that UUA 7.3 billion of this sum will be disbursed for a pay-off the debt of the Ukraine’s State Agency of Highways, taken back in 2012 in preparation for EURO-2012. Accordingly, only about UAH 6.6 billion will go for road repairs. 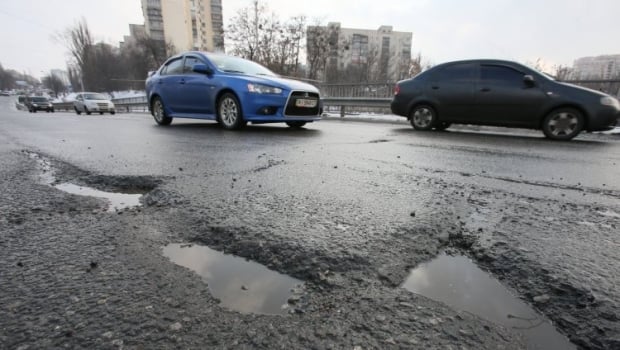 According to the bill, 35% of the money in the Road Fund will be allocated to local authorities, who will determine which roads should be repaired first. The rest of the funds will be used to finance the repair of state highways.

Meanwhile, the Verkhovna Rada also found the necessary number of votes to increase by UAH 7.1 billion public spending for government agencies responsible for the country’s security and defense. The Ministry of Defense is to get an additional UAH 3.8 billion, the National Police - another UAH 2 billion, the State Border Guard Service will get UAH 1 billion more in 2016.

In addition, the bill increases funding for officials of regional and district administrations by UAH 1 billion. Also, to support coal mining enterprises and provide wages to miners, the Rada provided an additional UAH 420 million.

Financing the additional costs is proposed to be carried out by saving UAH 8.9 billion on servicing the public debt. Another UAH 1.2 billion will be obtained from the temporary redirection to the state budget of the funds from the budgets of uncontrolled territories in Luhansk and Donetsk regions. 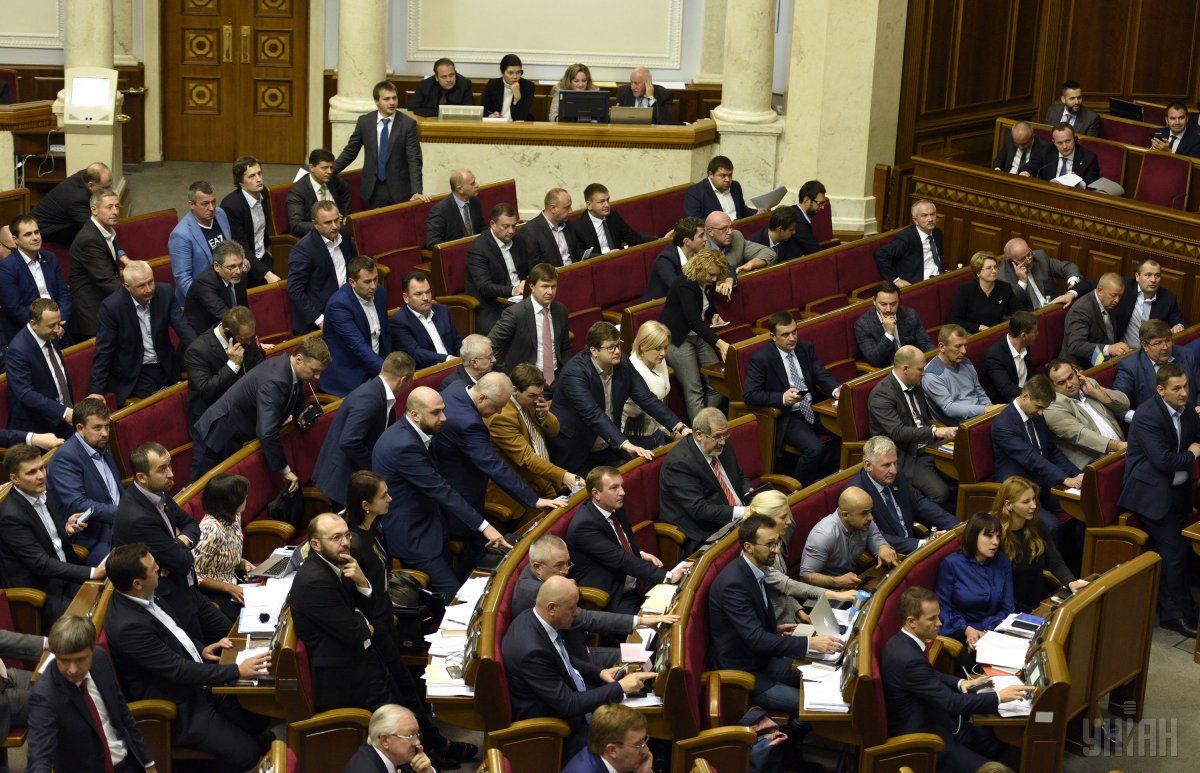 The Parliament was quick to adopt the anti-raider law / focus.ua

The Parliament very quickly adopted the anti-raider law, which will reduce the number of illegal seizures of property of business, introducing criminal liability (up to 8 years imprisonment with confiscation) to business registrars for their illegal activities.

It is noteworthy that a week before, the parliamentary committee on economic policy made a negative comment about the document, developed by the deputies and the Ministry of Justice. However, the initiators of the bill finalized the document this week, held consultations with the committees and factions, and achieved the result - a bill was brought to a vote orally and immediately supported as a basis and as a whole.

According to one of the officials who drafted the bill, Deputy Justice Minister Pavlo Moroz, previously, the seizure of property was conducted using fake court decisions, by bribing registrars, hacking the registry of the owners of business and real estate.

Now the adopted bill will allow the notaries to automatically verify a court decision on the change of ownership. It also increases the registrars’ responsibility for the illegal decisions and enhances technical protection of registers from hacking, which significantly reduces the likelihood of the raiders’ success.