Donor money: How should Ukraine effectively benefit from partner support

Over the years of independence, Ukraine has received over $9 billion in technical assistance from its foreign partners, planning to increase this amount in the future. However, the effectiveness of the use of funds is highly questionable.

International assistance from foreign states and organizations started flowing into Ukraine back at the dawn of the country’s independence. However, many of these initiatives failed to show the desired result.

For example, the United States in 1994 launched the program to support the export, investment and development in Ukraine worth $150 million. The program is to be completed by the end of 2016. Any Ukrainian today can assess the state of the Ukrainian exports and the country’s investment climate after 22 years of the implementation of this program.

Another example is two EU programs to improve the transparency and efficiency of the judicial system worth EUR 11 million, which started in 2008 and ended in 2011. It is in Russia’s Rostov where they know quite well, how transparent and effective the Ukrainian courts have been since 2011. That is where resides Ukraine’s ousted president, who has turned the national judicial system into a feeder for himself and his clique of embezzlers.

According to the new head of the EU Delegation in Ukraine, Hugues Mingarelli, the donors have a negative experience of cooperation with the Ukrainian authorities.

He recalled of the launch in 1998 of the program to support the reform of Ukrainian civil service, which eventually failed. Mr Mingarelli expressed hope that this time, things would turn out better, when announcing a new program to support public service reform worth EUR 104 million.

However, as of today, 208 donor projects have been implemented in Ukraine worth a total of more than $5 billion. Among them, programs for technical, fiscal, macro-financial and investment support. And what is surprising, until recently information on projects of such scale was hidden from the public eye, moreover it was never codified, even by officials.

Moreover, the government had no centralized structural department with the authority to regulate, coordinate and monitor the ongoing projects.

"In 2015, Ukraine has received more than $3 billion in technical assistance. However, the receipt and use of the money is still poorly controlled. At present, international assistance is often provided without the consent of the Ukrainian side, does not always goes in line with the national priorities, strategies, and objectives of socio-economic development," said the Ministry of Economic Development and Trade.

Given the deplorable situation, the ministry has proposed to set up a national agency for coordination of international aid. As of today, its role is performed by the Department of Coordination of International Programs of the Economy Ministry.

Moreover, the Ministry has created a web portal for coordination of international programs, which is now running in test mode.

"When our portal for coordination of international programs is calibrated to the required level, the donors will need just one click to get an overview of support programs. There is a huge demand for such information from donors and international partners. Too bad that the government does not think so, so it allocated zero hryvnias for our department for the development of the portal. But we will make it anyway, although slower than we otherwise could," said head of the department of coordination of international programs Olena Tregub.

Also the Ministry of Economic Development has been developing a draft law on international aid, designed to systematize the provision and use of donor support. However, the current pace of consideration of legislative initiatives in the Verkhovna Rada does not allow the country to harbor hope for its speedy adoption.

According to Tregub, this situation leads to Ukraine losing billions of dollars for the implementation of large-scale projects.

"State officials stomp on and don’t notice the resources and talents under their feet. Without criticizing the authorities, I transparently inform the public about the existing systemic problem. It all seems weird to me. And I am sorry for all Ukrainian citizens who will under-receive as a result of such a system of public service," said the official 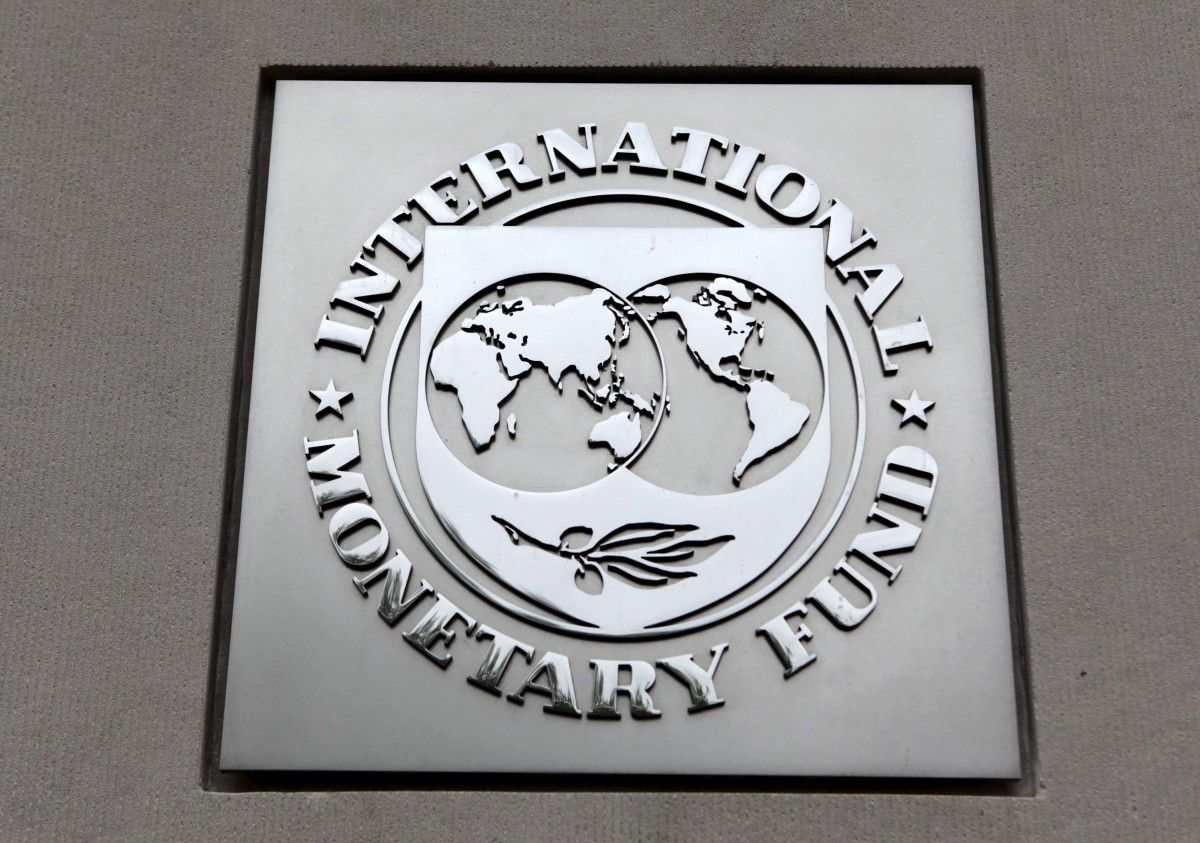 Ukraine is now experiencing an unprecedented surge of interest from international lenders and donors, which had begun in 2011 in parallel lines with the start of preparations for the conclusion of the Ukraine-EU Association Treaty. A record figure in the history of independence was recorded in 2013-2014 when 400 projects were launched in Ukraine.

At this, the EU support is focused on the integration of the Ukrainian and European economies. And this, in turn, reflects on the geographical distribution of projects. Most of them are implemented in the western regions of Ukraine, as well as in the area affected by the Russian military aggression.

The assistance is primarily focused on improving public service and development of civil society (8.8%), development of national nuclear security (8%), improving social infrastructure (7.9%), energy and energy efficiency (5%), and education (4.5%). In general, almost all sectors of the Ukrainian economy, as well as all areas of strategic reforms, including deregulation, decentralization, improved management of public sector economy and so on are supported by international donors.

At the same time, Tregub noted the special strategic role in assisting Ukraine of the International Monetary Fund and the World Bank.

"For Ukraine, these two organizations are not simply donors of international aid, but also the catalysts for reform. It’s not that they are perfect, but their effect is progressive. And yet there is a global trend that imposes coordination functions in the field of international aid on the World Bank," said Tregub.

At the same time, the EU plays a key role in the public service reform. European officials announced the start in 2017 of the long-awaited program of public service funding worth EUR 104 million. EUR 90 million of this amount will be allocated for direct budget support to increase the salaries of officials, while the remaining EUR 14 million will go for technical support.

However, the ministers agree that Ukraine remains inefficient in its use of the huge potential of international assistance in the absence of a systematic approach to the interaction with donors.

"We could have received the EU money for the establishment of a fund to raise salaries of civil servants as early as 2014, but we missed this opportunity because of the irresponsible attitude," said a source in the Ukrainian government.

Thus, large-scale projects worth billions of dollars, for which many developing countries are competing, often bypasses Ukraine. 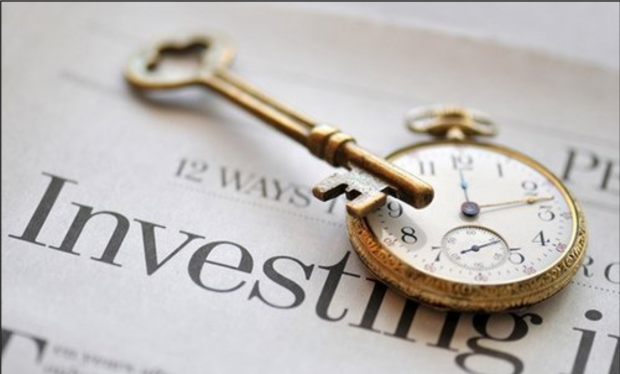 Ukrainian authorities constantly declare their readiness to improve the investment climate and protect each individual investor. However, the factor of military activities of Putin’s aggressive Russia in Ukraine does not allow yet to secure creation of a new investment paradise in the heart of Europe.

Under these circumstances, one of the few available ways of attracting foreign funds is donor assistance.

Given the fact that the war in the east of Ukraine has led to the destruction of a significant part of Ukraine’s industrial potential and thousands of homes, as well as to the flow of millions of IDPs, the volume of international support does not look that big.

"People often ask if we get much aid. We are not in the top ten recipients of aid, neither from the U.S. nor from the EU," said Tregub.

The Economy Ministry noted that the amount of assistance received often to a greater extent depends on the approach of the Ukrainian side than on the good will of foreign partners.

According to Tregub, Ukraine’s setbacks in attracting international assistance is largely conditioned by the lack of professionals in this sector in the public service, as well as small volumes of financing of the organization of these programs.

"It's really a great paradox that after the Maidan, the aid volumes have doubled, while the size of the donor-servicing department and the size of the salaries of its staff have decreased by half," she said.

According to her, the majority of international assistance programs can only be effectively implemented if high-quality public managers are involved, who see the issue as one of their priorities.

"Several dozen advisers whose work is paid for by the Canadian fund, the German fund, the United Nations, the EBRD, the EU, and the International Renaissance Foundation are integrated into the ministries. This is all very useful, but only given that these advisors are working together with our policy makers, who are sincerely oriented on reforms. Due to the failure of funding of the public administration reform, the number of such policymakers has reduced critically," Tregub said.

Thus, the attraction of credit and donor funds is based on two pillars – government’s opportunity to compete with other developing countries, as well as readiness to meet the criteria for aid provision, which is transparency and efficiency.

The example of Israel shows how an economically strong country manages to attract billions of dollars of international aid in the wake of permanent warfare. This example is very showing for Ukraine, which also has a protracted military conflict with an unpredictable neighbor.

At the same time, the most significant donors of Ukraine have been and remain the United States and the European Union. Other key donors are Canada, Germany, Sweden, Switzerland, Japan, Turkey, Denmark, as well as the UN agencies, the World Bank, EBRD, and OECD.

What's interesting, this list never included Russia, which seems to have wanted to have Ukraine under its influence by bribing Viktor Yanukovych rather than by assisting in improving the standard of living of Ukraine’s citizens. This fact once again demonstrates that the acceleration of Ukraine's progress on the path of reform and the country’s European integration are the key conditions for increased international support.