Head of National Depository: War in Donbas means higher investment risk; but the greater the risk, the higher the yield

Head of the National Depository Mindaugas Bakas has told UNIAN how the Ukrainian stock market is interesting to foreign investors, how the war in the country’s east affects the mood of foreign partners, and what the role is of the depository system in the securities market.

The meeting of shareholders of the National Depositary of Ukraine (NDU), responsible for registration and storing securities, on April 26, 2016 on the results of the first time ever public competition, appointed Lithuania’s Mindaugas Bakas the NDU head (from June 1, 2016, for a period of 5 years). The preference was given to Bakas, given his extensive experience in the capital market. He was the head of the stock exchange market development department at NASDAQ OMX Vilnius in 2007-2012. From 2012 to 2016, he headed Lithuania’s National Depository in 2016.

In an interview with UNIAN, he said, why the Ukrainian stock market had not been able to reach the European level, how Ukraine is attractive for investors despite hostilities in Donbas, and what innovations we can expect from the NDU. 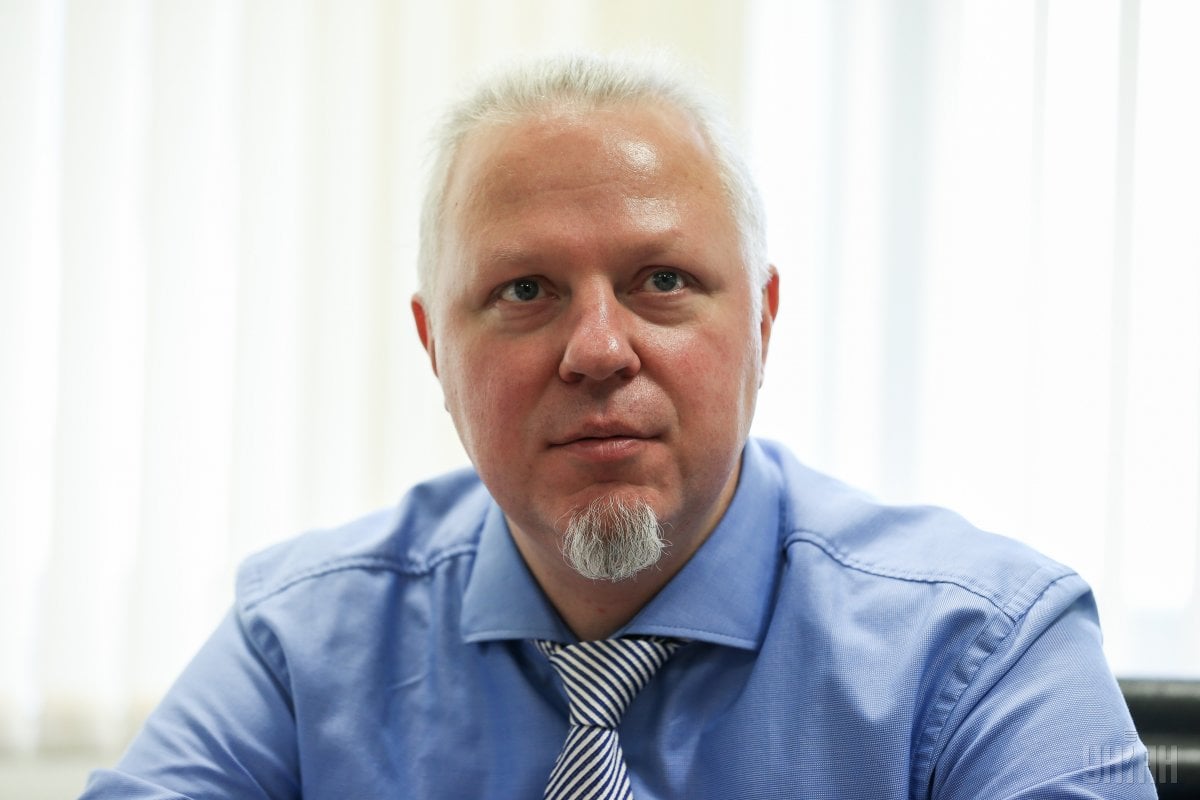 Head of the National Depository Mindaugas Bakas / Photo from UNIAN

You were the head of the National Depository of Lithuania. How did it happen that you took up the same job in Ukraine?

There was an international competition. I received an invitation to participate. It was an open and transparent competition, and I was elected.

Why did you decide to participate? Not so interesting in Lithuania anymore?

I would not say so. First of all, Ukraine is an interesting country in terms of financial markets. I have been working in this field for quite a long time, and Ukraine has always been a topic of discussion among our customers from the Baltics and other countries. Everyone was saying that there was something interesting going on, but it was difficult to grasp, how one should work here. Because of these complications, the stock market was not rising to the European level.

And you decided to see it from the inside...

You could say that. I note that Ukraine was in the list of attractive countries for me. The second reason is the country’s size and, accordingly, the potential market. When there is a prospect of greater turnover, it’s more interesting to work, as there are more opportunities.

And is the turnover significant here? We don’t to witness this on our stock market...

You shouldn’t necessarily look at the stats. You should look at the bigger picture, to assess the interest in the market. There are plenty of companies in Ukraine that are engaged in production. This is an opportunity to the development of the market of classical instruments, such as shares.

Financial market is not only a platform for trade, it is also an opportunity for issuers to come and get additional capital. A financial market must always compete with bank loans market. For the companies to enjoy such an alternative, there should be an effective infrastructure of the stock market.

That is, the Ukrainian stock market is developing rather than standing idle...

Yes, I believe so. The potential has not gone anywhere. If you look at the statistics, it is being reduced. And I do understand that there are many reasons for this. For example, the massive post-Soviet privatization. The result is that a lot of joint stock companies have emerged that were supposed to become active market participants, but in reality, this never happened.

But what can be done about it?

This is a question to the regulator [to the National Commission on Securities and Stock Market]. And for us, it is important that we can reform the infrastructure for any current market situation – both now and in the future.

Besides the wrong model of privatization in the previous periods, what else hinders the development of the stock market?

The most obvious thing is an inefficient legal space, the set of laws that regulate the stock market. And there is always this practice when the regulatory framework descends from the top down instead of lifting up from the market needs to regulation standards.

How do hostilities in eastern Ukraine affect the investors’ interest?

It must be admitted that it significantly increases the level of risk for their investments, as evidenced by the investors themselves. But every investor who is trying to earn on investments understands that the greater the risk, the higher the yield. Paradoxically, this factor makes Ukraine an attractive market for investment. I heard it from foreign partners and I realize it as well, based on my experience.

Which sectors of the economy are most interesting?

The sectors that are clear and transparent in terms of regulatory control, the ones that can be analyzed to make investment decisions based on publicly available data.

Let’s move to the depository system. What is its role in the stock market?

In general, the depository system is a foundation on which the stock market is built. The NDU provides basic depository services - servicing of issuers, emissions, registration of securities, accounting, and so on.

The depository system must be flexible, since there are several stock-exchanges in the market, where stocks and bonds are traded, there will also be derivatives on financial instruments and other basic assets. The system should be constructed in a way that, when a new product emerges, there is an instant plug and play effect.

I want to emphasize that, given the current state of the market, the depository system performs all necessary functions. But if we talk about the prospects and the new tools, we are faced with inefficient legislative base and technical issues.

How are you going to resolve the issues?

We are working on a Concept of development of the depository, clearing and settlement infrastructure of the financial sector in order to bring the system closer to European standards, to make it clear to foreign investors. 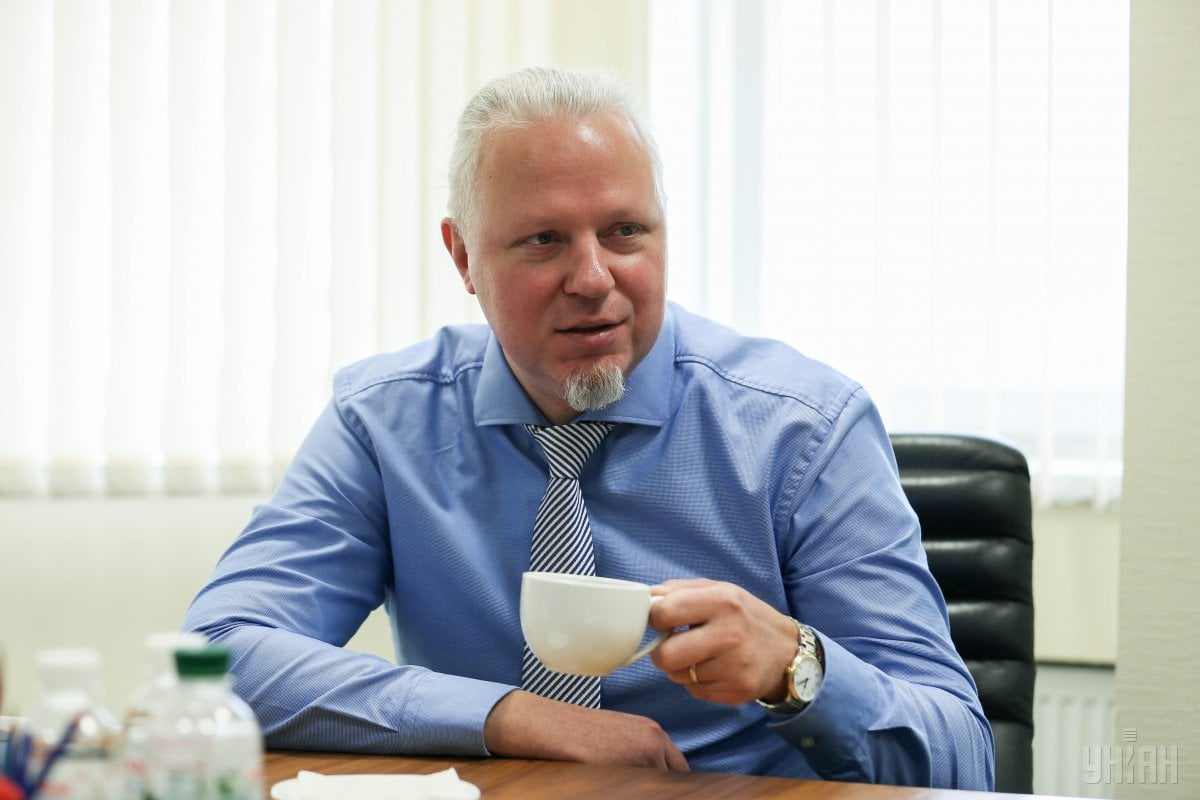 Bakas: Ukraine is an interesting country in terms of financial markets / Photo from UNIAN

What do you mean?

More types of accounts that the depository system may offer. For example, to ensure the integration of the assets in the securities account at the NDU level, but with their control in the depository institution.

A more ambitious and promising project in terms of attracting foreign investors is the implementation in the Ukrainian legislation of a concept of a nominal holder.

What’s up with the development of new software for the depository system?

So far, everything is being considered. I am skeptical about developing it on our own. It will take more time than the adaptation of a finished product to the realities. It should be understood that the development is only one of the stages. Testing and implementation will takes several years. Meanwhile, there are far more risks with the new system, while fixing [the problems] will require more time and money.

When can the new concept be implemented in Ukraine?

I hope that we, along with the market participants, the regulator, and the National Bank, will have had it approved by the end of the first half of 2017. The European Bank for Reconstruction and Development has joined us on this issue. It is holding a competition for the development of two projects – a technical and legal one.

Regarding the deadlines for the implementation, such projects take years. I believe that, depending on the speed of decision-making and financing, the most optimistic scenario is 2019.

But this doesn't mean nothing will be happening in the development of the depository system prior to the approval of the Concept. There are many "smaller-scale" decisions that are already being implemented, and they will sum up into a new quality of depository services.

What are the goals set by the NDU in terms of reforming market infrastructure?

The NDU Board has developed a strategy, which must be approved by the Supervisory Board. It includes three points. Firstly, it’s transferring the servicing of the issue of government securities from the National Bank to the NDU by 2019. To this end, the central bank has put forward certain demands, including the improvement of the technical side. I think that many market participants are waiting for the consolidation in the NDU of depository functions regarding all securities.

Secondly, we must ensure a break-even operating activity of the Depository. And, finally, a new Concept will be introduced that will require changes in the regulatory framework.

Where are you planning to get profits?

There are projects to develop new products and services that we can implement without significant changes in the software, but this requires changes in the legislation. Here we count on the support of the National Commission for Securities as our shareholder and, of course, of the market participants. We also need to improve the corporate management of the Depository.

Will the NDU raise the rates of its services for market participants to increase revenues?

Market participants opined that the NDU’s tariff system is too complicated – it is bulky and over-detailed. We will be optimizing it. We might see the increase for some services, while some may be included in package offers. This way or another, we will be discussing the rates with the Board of the NDU members.

In conclusion, please, tell us, do you feel any disappointment in working on Ukraine’s stock market?

No, I don’t. This is an interesting job, and I like it.

Will you be going at the end of contract? I see your plans are very stretched in time…

The challenges are interesting to me, and I don’t intend to give up this job in the near future. I would like to see a result.