Financial markets responded fiercely to the results of the U.S. presidential election, the Cabinet has submitted to the Rada an amended draft budget for 2017, while the IMF has promised to consider the allocation of another aid tranche for Ukraine this year – these are the main economic news of the past week.

The past week was marked by a considerable shake in the global financial markets in response to the unexpected victory of a Republican candidate, Donald Trump's, in the presidential election in the world's largest economy - the U.S. Markets do not really like surprises, so they reacted with a rapid drop of the U.S. dollar and stock indices. The Ukrainian Eurobonds came tumbling down as well. In particular, the yield of securities maturing in 2019 November 9 rose by 70 basis points - to 8.49%, the highest rate in the past nine months. By the end of the week, Eurobonds continued to fall under the influence of investors' fears that Ukraine could lose the U.S. support in the form of guarantees for sovereign bonds.

The investors’ sentiment is understandable because, during the campaign, Trump from time to time showed inexplicable sympathy to a man who had unleashed a war against Ukraine, Russian President Vladimir Putin. However, Ukrainian experts advise not to dramatize the situation. "I believe that partnership between Ukraine and the United States will remain consistent. The support for Ukraine will continue," said the president of the Institute of Policy and Market Research, Volodymyr Bondarenko. According to him, "gluing Trump to Putin" would be an exaggeration as the U.S. president-elect is, in fact, a balanced man, an American to the core, who will promote U.S. interests, in certain respect closely related with those of Ukraine.

In support of this suggestion, U.S. Ambassador to Ukraine Marie Yovanovitch the next day following the election said that in December, the United States would prolong sanctions against Russia imposed in connection with the destabilization of the situation in Ukraine and aggression of Ukraine’s eastern neighbor. In addition, the European Union intends to extend economic sanctions against Russia, without waiting for the inauguration of the 45th U.S. president. According to Reuters, the relevant decision may be adopted at the upcoming December summit in Brussels. 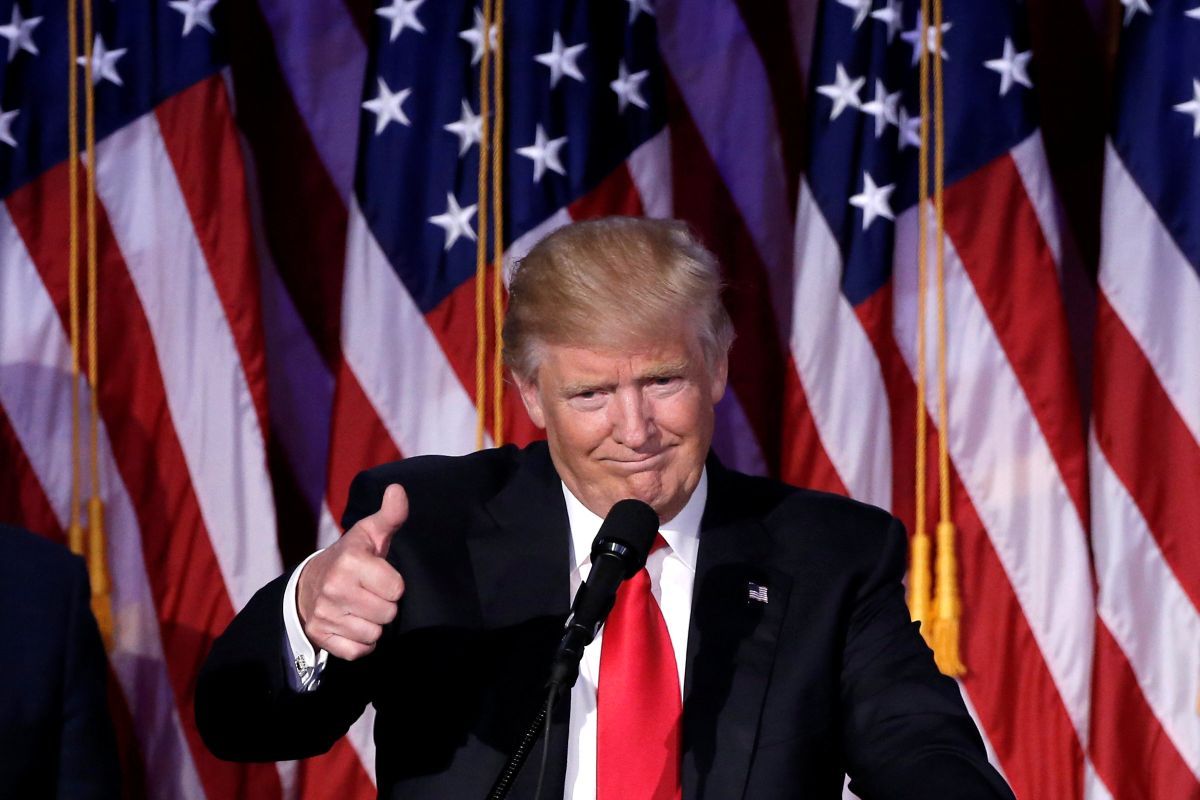 Ukraine’s forex market did not react much to the latest political events. However, the National Bank has warned that minor fluctuations are possible.

"As in the case with Brexit earlier this year, the increased turbulence in foreign markets will be broadcast on the Ukrainian economy through global commodity markets. In our opinion, it will be the oil prices that will be affected the most due to the results of the U.S. election," said deputy head of the NBU Oleh Churiy, stressing that prices of Ukraine’s main export commodities - cereals, vegetable oil and metals - would react less significantly and they would not be able to neutralize the positive effect of the export of a new harvest.

Meanwhile, the national currency is showing titanic calm. On Friday, November 11, the hryvnia quotations against the dollar in the interbank foreign exchange market at the close of trading were set at 25.63/25.67 UAH/USD, which is only 8 kopiykas lower than in the beginning of the week and still too far from historical low of UAH 30 per U.S. dollar reached in February 2015.

Analysts at UniCredit Bank believe that the collapse of global markets is a short-term reaction of investors to the recent developments. They believe that the new U.S. administration  is likely to reduce support for Ukraine, including financial aid, and the market can lay this aspect in the cost of the national currency. "In any case, we do not expect sharp fluctuations due to the "Trump factor". Moreover, there is a high probability that Naftogaz will be able to attract a $500 million loan from the World Bank for gas purchase. That will certainly reduce the pressure on the currency market," reads the bank’s analytical report provided to UNIAN.

Last week, the Cabinet has submitted to the Parliament for the second reading the revised draft budget for 2017. Revenues and expenditures of the state budget exceed the figures in the previous draft by UAH 15.1 billion, while the deficit remains at the same level – at UAH 77.5 billion, or nearly 3% of GDP. The new document provides for the previously announced doubling from January 1, 2017 of the minimum wage to UAH 3,200. For this purpose, the government lays down UAH 28 billion of additional costs, which will ensure the payment of increased salaries to public sector employees.

The government hopes to cover the additional costs by increasing by UAH 4 billion profit contributions of the National Bank, the dividends – by UAH 1.6 billion, as well as through the growing tax revenues from higher salaries. According to estimates of the Ministry of Finance, some 3.5 million Ukrainians will see their wages grow, while the shadow employment rate, currently reaching nearly 50%, will become lower. At the same time, the Cabinet vowed not to cover the additional budgetary costs with the hryvnia emission, in order not to provoke an acceleration of inflation.

"We have no additional requirements to switch on a "printing press," said Deputy Finance Minister Yevhen Kapinus, noting that this debate would continue in Parliament.

According to experts, the increase in minimum wage may turn into additional inflationary pressure.

"We expect double-digit annualized inflation to remain throughout most of 2017, with a 8% slowdown at the end of the next year," said Olena Belan, the chief economist at Dragon Capital. Commenting on the figures, released last week showing that the inflation in Ukraine in October accelerated to 12.4% in annual terms, reaching the NBU target, the expert said that the consumer prices in Ukraine will continue to rise in the coming months due to the further increase of utility tariffs and seasonal food prices.

The reaction of businesses to the government's generosity can also be mixed. The experts from Case Ukraine analytical group believe that in response to higher costs caused by the increase in the minimum wage, the business can: raise salaries "on paper" with the reduction of additional bonuses; pay taxes at the expense of part of the shadow salaries  with a corresponding reduction in the real income of workers; raise salaries by reducing investment costs or at the expense of revenues; honestly pay taxes with their reflection in the price of the products; lay off employees or resort to informal employment. It is now difficult to predict, which option the business owners will choose.

In addition, experts have expressed concern that the decision to increase a minimum wage may cause disapproval of Ukraine’s key creditor, the International Monetary Fund, whose mission is now working in Kyiv.

"The IMF does not like surprises. And this year's budget had been agreed without any rapid changes of social standards," says the report by Case Ukraine.

Judging by the statements of Ukrainian officials, the latest mission of the International Monetary Fund to Kyiv has been working very hard lately. In particular, according to the information released by the Ministry of Economic Development and Trade last week, the IMF once again stressed the importance of reforming the tax and customs services, the energy market, the agricultural sector, as well as of further deregulation. In other words, it is too early to relax.

NBU Governor Valeria Gontareva, refuting the numerous attacks of her political opponents, said to an unpleasant surprise of many that Ukraine was facing the risk of failing to receive the IMF’s fourth $1.3 billion tranche this year due to deceleration of reforms in parliament, which in turn could jeopardize the country’s timid economic and financial stability. 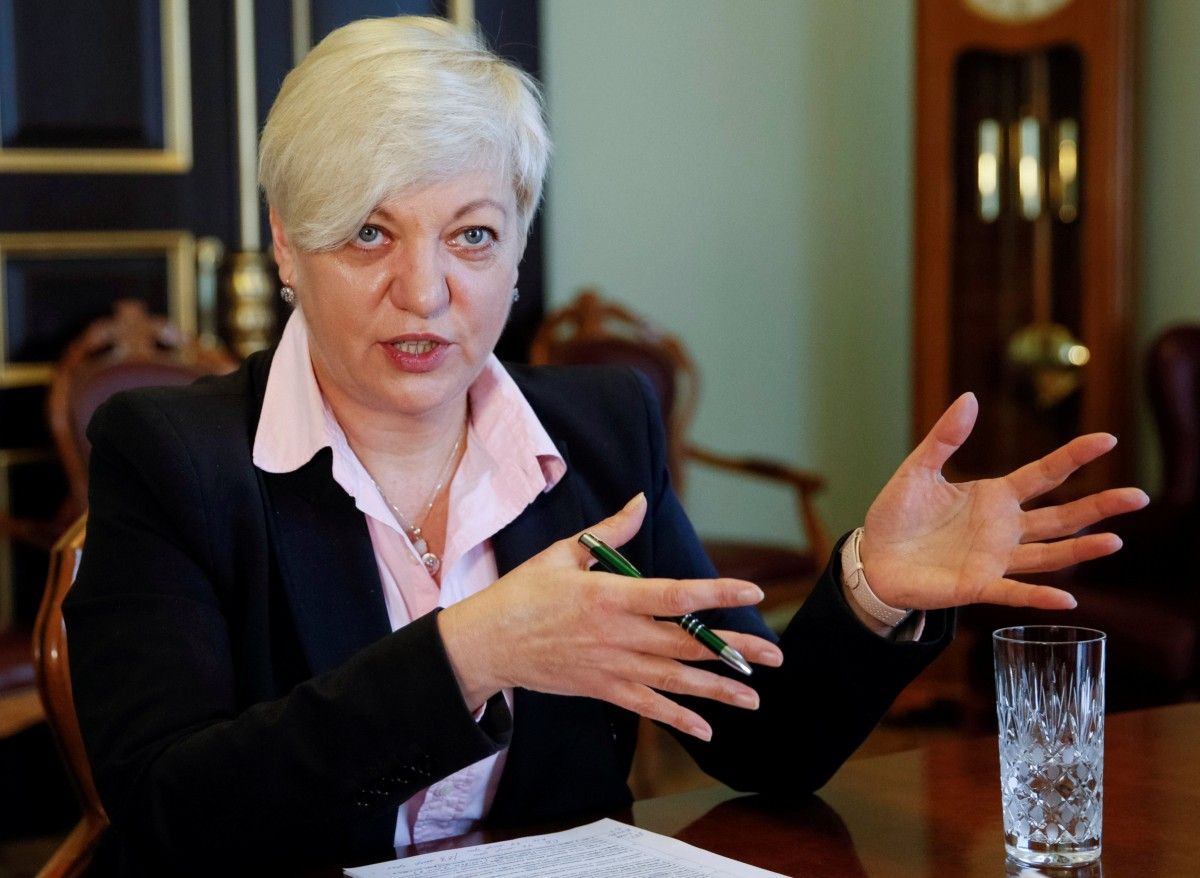 "If we do not get the next tranche, our reserves… will begin to melt before our eyes. And everything we’ve been doing for the past 2.5 years - when we were stabilizing the situation, raising our reserves, ensuring macroeconomic stability – all of it will start to evaporate," she said, listing among the steps required the adoption of a balanced budget, the implementation of pension system reform, and land reform.

IMF chief press officer Jerry Rice during a traditional briefing in Washington hastened to assure that not everything had been lost, and that the prospects of allocation for Ukraine of a fourth tranche would be clear after completion of the current mission.

He noted the success of e-declaration in Ukraine, adding though that concrete cases against violators must be brought before the court.

Ahead of Rice's briefing, head of the National Agency for the Prevention of Corruption Natalia Korchak said that the IMF had pledged to render comprehensive assistance in the verification of property and financial assets of Ukrainian officials outside of Ukraine, as the Fund's experts had earlier recorded that some of the assets of Ukraine’s officials were lacking in their published e-declarations.

So, we will soon see the IMF decision. However, it is obvious that this financial institution, as well as ordinary Ukrainians is in a light shock from what they saw in e-declarations of assets of Ukraine’s officials and everyone is waiting to bring corrupt officials to justice.

Last week the Cabinet of Ministers adopted important decisions in the health sector: the introduction of reference prices for medicines, which involves limiting the maximum retail drug prices, taking into account the analysis of prices in the neighboring countries; as well as the beginning of the drug price reimbursement program for people suffering from hypertension, diabetes and asthma. "These solutions will allow for a 50% reduction in price of drugs," Prime Minister Volodymyr Groysman said at a government meeting. 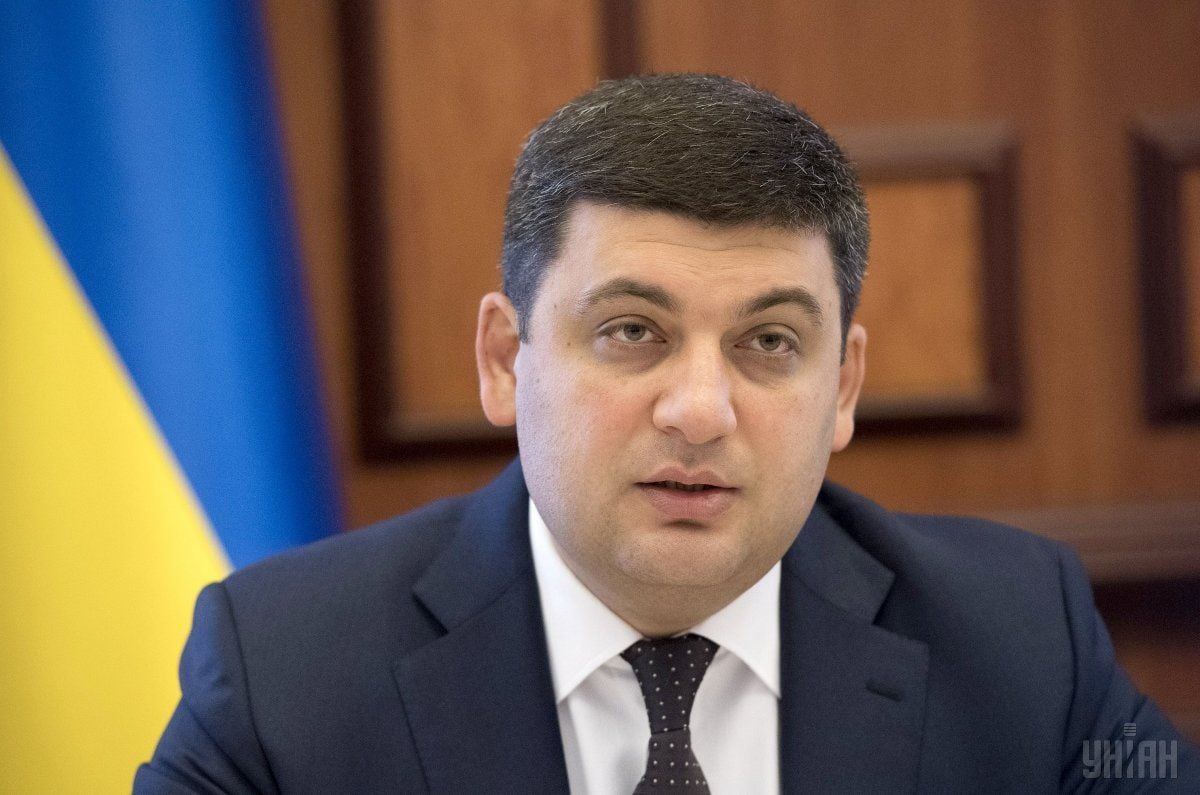 In addition, he instructed head of the Ministry of Health Ulyana Suprun to "cleanse the ministry of the enemies" that hinder the reform of the health sector.

Another decision of the Cabinet can in fact become useful for the health of Ukrainians. The government increased the minimum retail price for vodka from UAH 55 to UAH 69.78, which, according to the economy ministry, will bring the price in line with the costs of business entities for its production and sales. Ukraine should hope that following this decision, the citizens will actually reduce the consumption of alcoholic beverages, rather than switch to some cheaper substitutes.

Some sensible solutions were also found for the country’s energy system - in the framework of the reform of Naftogaz of Ukraine, the government has decided to found a new company, the operator of the gas transportation system - the Joint Stock Company Mahistralni Merezhi Ukrainy [Main gas pipelines of Ukraine]. The new company will be engaged in gas transportation and storage. It has already taken ownership of its headquarters costing UAH 3.86 million. The move will bring Naftogaz closer to obtaining a $500 million loan from the World Bank for the purchase of gas.

For further healing of the system of public finance, the Cabinet approved a package of documents regulating the procedure of corporatization of state companies, including the appointment of independent supervisory boards, the procedure of competitive selection of the heads of state-owned companies, the enhancement of the management structure, and the definition of performance goals. "For dozens of years, we have seen billions in losses, billions in unpaid wages and pensions. And how many yachts, mansions, and private jets have been bought? This solution will solve the problem," said the prime minister.

According to the ministry, corporatization will firstly regard 46 major state-owned companies, concentrating 94% of all state assets.

The next week promises to be no less interesting. The work of the IMF mission in Ukraine is scheduled to be finished, while members of parliament will revisit the important bills required above all by ordinary Ukrainians rather than the IMF.