Who will pay for mishap of Mykhaylivsky bank depositors

Amid Kyiv protests of defrauded investors of Mykhailivsky bank, President Poroshenko tabled in Parliament a unique bill. It was passed by the Rada and signed by the head of state in a matter of days. Experts have criticized the initiative, noting that it will cause more trouble to the Ukrainian economy than bring any good.

Late Friday, November 11, the press service of Ukrainian President Petro Poroshenko announced the president’s intention to resolve at the legislative level the issue of investors affected by the scam in Mykhailivsky bank. As early as Monday, November 14, a document was published on the website of the Verkhovna Rada, while the Individual Deposits Guarantee Fund (IDGF) held a public presentation of the initiative. On Tuesday, the project was supported the Verkhovna Rada and on Wednesday, it was signed by Rada Speaker Andriy Parubiy and then sealed by the presidential signature. Most likely, the law’s publication, which will greenlight its entering into force, will not be dalayed. It’s been long since we’ve last seen such a warp-speed passing of any legislative initiatives in Ukraine, where some regulations can marinate in government offices for years.

What is the essence of the document and why did the president call it urgent? The law entitles to payments depositors who have brought their savings to Mykhailivsky bank, which is now being liquidated but, in fact, they concluded contracts with financial companies called Credit and Investment Center and Investment and Settlement Center, while the Bank only performed functions as an intermediary. As a result, the bank received a commission or did not show deposits on its balance sheet, while the companies mentioned received financial resources to be used at their own discretion. Investors saw an interest rate higher than that for similar deposits in other banks, but they were not aware that such contributions were not subject to compensation through the IDGF.

On the eve of the Bank’s collapse, on May 20, its head Ihor Doroshenko urgently resigned, while the employees of this financial institution, apparently tormented by remorse, started to massively renegotiate contracts with investors, and showed transactions on the bank's balance sheet, increasing the burden on the IDGF by UAH 1 billion at once. Also, shortly before the bankruptcy, the Bank issued working loans totaling almost UAH 1 billion to financial companies Fagor and Pleyada. At the same time, the Bank’s key shareholder, Viktor Polishchuk, who also owns the Eldorado retail chain of home appliances and Gulliver (a major Kyiv mall and office center) allegedly sold his stake in the Bank. Everyone just washed their hands clean.

The IDGF, which had previously recognized the Bank’s shady transactions as void, not going to pay compensation, supported the adopted law, hoping to end months of protests of defrauded investors.

"14,000 people, the total amount of UAH 1.2 billion. For most of them, the problems will end with the adoption of the law," said Deputy Managing Director at SCF Andriy Olenchyk. He explained that the law equates investments in financial companies to bank deposits and promised that the payments would begin within 20 working days after the law entered into force.

The National Bank has said it believes the law “will allow to avoid abuses in the banking and financial markets in the future", according to the central bank’s Deputy Governor Kateryna Rozhkova. According to her, in addition to ensuring payments to the deceived investors, the law forbids banks to provide "opaque intermediary services" and obliges financial institutions to disclose information to customers, "transparently and in full". In addition, the law establishes a complete ban on the attraction of citizens' deposits by non-banking financial institutions.

It would seem that everything is right: the State must take care of its citizens. But the mechanism of this care is somewhat concerning.

Whose problem is it, after all? 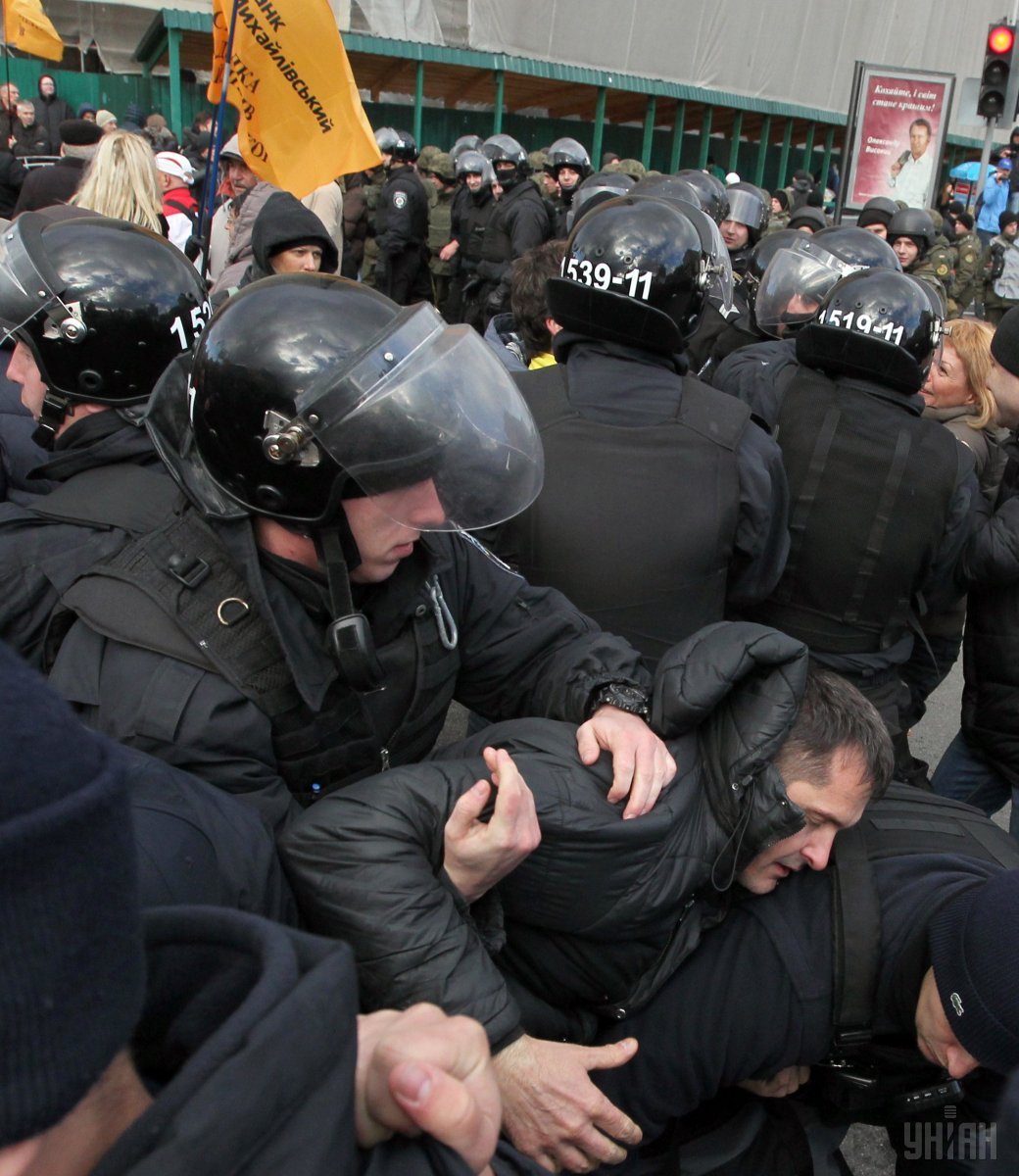 From a legal perspective, the lawyers note that the initiative of the Ukrainian authorities is quite logical. "The adoption of the bill is primarily aimed at solving today's problems with the defrauded investors of Mykhailivsky bank and intended to prevent another ‘Bank Maidan’. In addition, it closes down this loophole for banks, which is very good both for people and respectable banks," a managing partner of legal and consulting company De jure Hryhoriy Tripulsky said in his comments to UNIAN.

A lawyer at Safir Law & Finance firm Denys Lomanov explained that the new law equates to bank deposits the funds attracted from an individual as a loan or a deposit in the non-bank financial institution through a bank as an intermediary. However, in this case, we are talking exclusively about banks, which on the day the law came into force are insolvent. In addition, according to the law, the IDGF shall be entitled to recover from the non-bank financial institutions the funds received and include them in the liquidation mass of the corresponding bank.

"In terms of the crisis state of the economy and protection of the interests of investors, it is necessary to legislatively establish the rules to oblige insuring of loans by financial institutions that are not banks, and provide a mechanism for their mandatory participation in the system of individual deposits guaranteeing, equating such loans to deposits," Lomanov says.

At the same time, the vast majority of economists called the new law unfair at the very least. In particular, the head of the property commission of the Kyiv City Council Leonid Antonenko (former director of NBU registration and licensing department) recalled that financial companies had not been involved in the deposit guarantee system, and had not invested a single kopiyka in the "common pot".

"Now all other citizens, the taxpayers, have to finance the IDGF  from their own pocket. The Fund has already reached into the pocket of taxpayers, taking a total of about UAH 60 billion," he said.

Antonenko said that the depositors of the financial companies had received a higher interest on their deposits as a risk premium, while the adoption of the law is now forcing the people, who took no risk and received lower returns on deposits, to pay for the riskier fellows. He has also noted that the affected investors are financially illiterate, but the law does not suggest a systemic solution to this problem, offering just an ad hoc solution and further aggravating the overall situation.

Deputy chief of the NBU Council, honorary president of the Kyiv School of Economics Tymofiy Milovanov called the reaction of the Ukrainian authorities to the problem of depositors quick, incomprehensible, and non-systemic.

"The authorities are showing the experts and the business that they are not aware of what they are doing and that they don’t know how to communicate their actions in the 21st century. This is a real problem because market expectations of the quality of governance affect the economy. Dealing with fraudsters is a job of law enforcement, but not an issue to be resolved at the expense of taxpayers," said Milovanov, noting that the National Bank will have to either tighten its monetary policy in the future or put up with higher rates of inflation.

Financial analyst Yehor Perelyhin believes that the law is a prime example of political populism, undermining the country’s financial stability.

"This decision does not encourage the development of financial literacy in Ukraine and shifts the responsibility for greed and stupidity of the population on the budget and taxpayers. Amid political destabilization, social unrest, and legal confusion, an additional burden on the budget will lead to nothing good," he said, predicting that the payments to the affected depositors are likely to put pressure on the currency market.

According to him, in general, such a "bad" precedent gives rise to a huge amount of legal and moral issues. "Why are some investors able to claim compensation, while others aren’t? Changing the rules of the game to gain political points has never led to any long-term positive change in the world experience. Very often such actions are the basis for inflation, financial instability, and decreased competitiveness of the economy," said Perelyhin, explaining that in the Western world, such situations are resolved in courts or through foreclosure and liquidation mechanisms with the participation of law enforcement agencies. 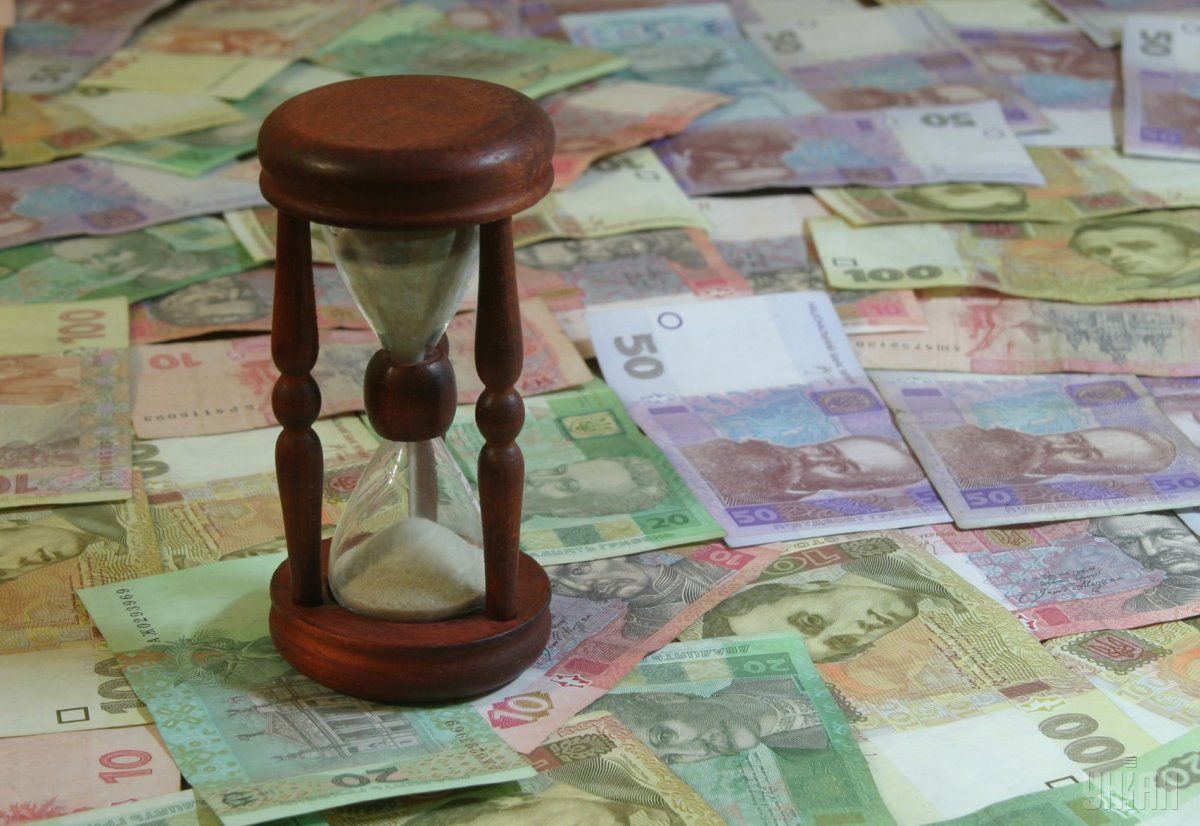 Expert: The new law is a vivid example of political populism / Photo from UNIAN

According to the NBU estimates, the bankruptcy of 80 banks over the past three years resulted in 119,000 individuals with “200+” deposits losing their savings totaling more than UAH 59 billion, while businesses lost another UAH 56 billion. The regulator hastened to calm the public, calling this UAH 115 billion "a potential loss" because it is likely that the money will be returned after the sale of assets of bankrupt banks.

This year, the IDGF plans to gain some UAH 7.5 billion from controlling the bank assets. At such pace, it will take nearly 15 years to recover the losses of big investors and businesses. There is no guarantee that the affected ones have titanic patience and not take to the streets just like the Mykhailivsky bak depositors have.

Let’s suggest that the law enforcers will become more active soon. Over the three-year purge and bankruptcy of more than eight dozen financial institutions, they have received from the IDGF more than 3,000 claims of misconduct in insolvent banks worth a total of UAH 262.3 billion. So far, according to the Fund, not a kopiyka has been recovered in these claims. Meanwhile, the "offended" shareholders of bankrupt banks are showering courts with counter claims against the Fund.

However, in the case of Mykhailivsky bank, the law enforcers are active enough: former head of the bank Ihor Doroshenko is in custody, while the property of Gulliver shopping complex, belonging to him, has been arrested. But even if the law enforcers bring this case to a logical completion, which may take more than a year, the owner of the bank is unlikely to pay off UAH 23 billion debts. According to media reports, his wealth is estimated at $63 million, which is clearly not enough. The King is naked, as it appears. Shareholders of other 80 banks may as well become naked.

Of course, no one is talking about direct tranches from the budget to ensure payments to the defrauded depositors of Mykhailivsky bank. To this end, the IDGF is taking loans from the NBU and the Ministry of Finance. But anyway, it’s the taxpayers who will be paying back on these loans, albeit indirectly. It’s the taxpayers who will have to pay for the unfinished roads, under-reformed health care and education, low pensions, tax burden, and rising inflation. The State Budget is not made of rubber, but hey, the Ukrainians are used to it, aren’t they?