Ratification of the Ukraine-EU Association Agreement sees prospects of being completed soon, the National Bank of Ukraine prolonged forex restrictions and outlined its plans for 2017, while Ukrzaliznytsia became the latest victim of cyberattacks – these are the main economic news of this week.

Leaders of the European Union last week finally unfroze the process of ratification of the Association Agreement with Ukraine. As we know, everything came to a halt because of a single EU Member State, the Netherlands, where the majority of voters in an earlier referendum spoke up against such an association with Ukraine.

EU leaders at the December 15 summit made concessions to the Netherlands and approved an additional annex to the Ukraine-EU deal.

The additional document has not altered the text of the main document. However, it clearly states that the agreement is not a prerequisite for Ukraine's accession to the EU or for any additional financial aid from the EU Member States.

Despite this fact, President of Ukraine Petro Poroshenko praised the EU's efforts to maintain the trading conditions of the Association Agreement, stressing their importance for economic cooperation.

EU leaders at the summit made concessions to the Netherlands / ZN.UA

"We commend the efforts of the EU leaders to agree on the decision that paves the way towards long-awaited finalization of the Association Agreement ratification by the EU. It is a necessary step to achieve our common goal – to secure the AA," Poroshenko wrote on Facebook.

Dutch Prime Minister Mark Rutte said he intended as soon as possible to offer the country’s parliament to ratify the Ukraine deal, based on the decision adopted at the EU summit. After the approval of the Dutch side, the Ukraine-EU Association Agreement should be enforced in full.

However, the Free Trade Area has de facto been successfully operating since January 1, 2016. During this period, from January to October, exports of goods to the EU compared with the same period last year increased by 2.4%, up to $10.870 billion, amounting to 37.3% of total exports. Imports of goods from the EU in this period increased by 7.9%, to $13.668 billion, amounting to 43.8% of Ukraine’s total imports.

At the same time, the legal ratification of the Agreement will become an even greater incentive for Ukrainian businesses to expand their trade relations with the European Union. We just need to wait until the Dutch parliament votes on the deal.

As no plenary sessions of the Verkhovna Rada were scheduled this week, Ukraine has not come any closer to the state budget 2017 adoption. Its passing could be important to ensure continued cooperation with the International Monetary Fund.

According to IMF Resident Representative in Ukraine Jerome Vacher, Ukraine has achieved good results for macroeconomic stabilization but a lot is still to be done, and political will of the government is needed to this end.

Possible freezing of relations between Ukraine and the IMF is already causing concern to NBU Governor Valeria Gontareva. According to her, in order to maintain macroeconomic stability, further cooperation with the IMF is absolutely necessary. That is why Ms Gontareva has called on both the Cabinet and Parliament to make every effort to resume the lending program to Ukraine in early 2017.

"I want to tell so that none of you had any illusions: if we do not resume cooperation with the International Monetary Fund immediately... our reserves will start melting before your eyes, just as the opportunities of our market," she said, adding that the volume of reserves at the end of the year is projected at $15.5 billion.

The IMF tranche can ensure a stable hryvnia exchange rate. In the future, this could contribute to an easing of forex restrictions, for which the NBU Governor sees no prerequisites at the moment. 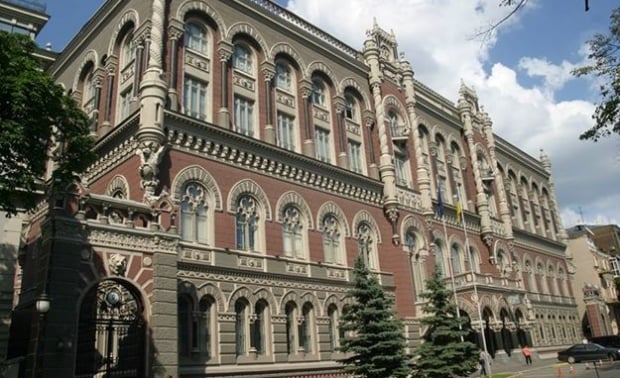 NBU report says that in the next year, the banking sector should reach the period of stable profits / Photo from UNIAN

This week, the National Bank continued to remove from the market the insolvent banks. The latest one on the list was Investment Bank, which failed to meet the requirement for recapitalization by UAH 120 million. According to the NBU estimates, 98% of bank depositors will have their deposits returned in full, because their size does not exceed the sum guaranteed by the Individual Deposit Guarantee Fund (UAH 200,000).

By the way, the NBU mulls raising this limit. As noted in the NBU report on financial stability, of all European countries, except for Moldova, Ukraine has the smallest limit of guaranteed deposits. That is why guaranteed deposits account for only 54% of all deposits in Ukraine. For example, in Croatia, the share is 83%, and in Romania it's 91%.

"The guaranteed sum should be increased. However, such an increase should take place according to the schedule, which will take into account the pace of deposit growth and economic recovery," the NBU said.

Also, the NBU report says that in the next year, the banking sector should reach a period of stable profits. This should happen amid a decline in allocations to reserves to secure problematic assets. As noted by the NBU, it is the quality of assets that is now the main cause of loss-making activities of some banks.

In this regard, the National Bank intends to tighten the requirements for banks’ reporting. The regulator proposes to oblige banks to disclose detailed structure of regulatory capital, the quality of the loan portfolio, its distribution over the period of delay, and the amount of uncovered credit risk.

At the same time, the National Bank maintained its inflation forecast for 2016 at 12%. The Ministry of Economic Development and Trade thinks different. According to the ministry’s calculations, the rise in prices by the end of the year will be at 13.1%-13.6%. The ministry believes that the NBU forecasts will not come true because of the moderate rise in prices due to a seasonal increase in demand, a slight tension in the foreign exchange market, and the rise in world commodity prices volatility.

In turn, S&P Global Ratings predicted inflation in Ukraine in 2016 at the level of 14%, while GDP growth should amount to 1% at the hryvnia rate at UAH 25.6 per dollar by year-end.

After a series of cyberattacks on the Ministry of Finance and the State Treasury, the hackers December 15 attempted to block information systems of Ukrzaliznytsia [Ukrainian Railways]. Company CEO Wojciech Balczun called this attack a resistance of the old system to the reforms in the railway industry.

"This attack is the reaction of the system that we want to change," he said.

In turn, Minister of Infrastructure Volodymyr Omelyan noted that Ukrainian hackers had attacked Ukrzaliznytsya on the orders from an unidentified person located in Russia. This once again confirms that, firstly, many of the Yanukovych team’s officials are hiding in Russia, and secondly, the reaction of the old system may be indicative of high quality reforms.

On Friday, December 16, Ukrzaliznytsia website returned to normal operations as the cyberattack was successfully repulsed. Despite the fact that the company employees had to do more paperwork due to a temporary halt of the IT systems, the cyberattack had no impact on railway traffic. 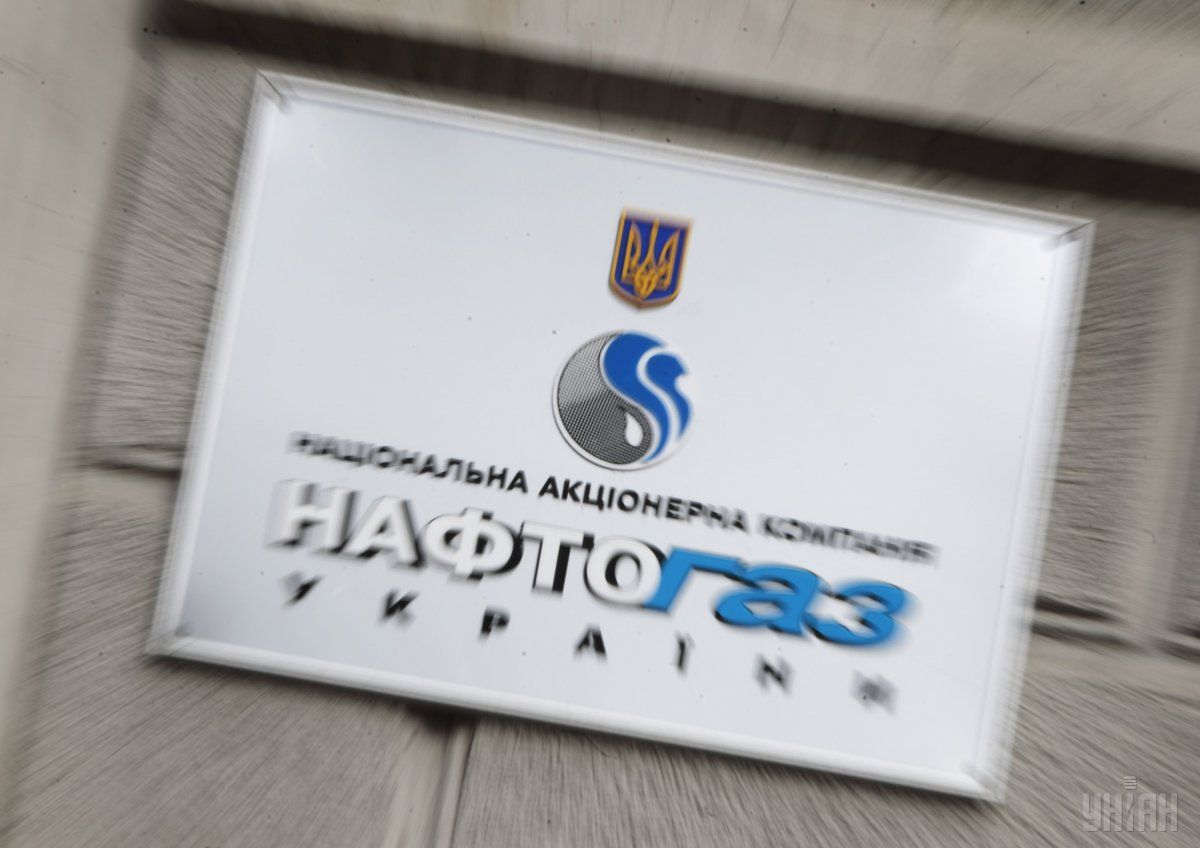 The country's largest energy holding, Naftogaz Ukraine, filed in its annual report this week. For the first time over the past decade, the holding plans to obtain a net profit of UAH 21 billion. The company also intends to pay a record UAH 60 billion in taxes and fees, which accounts for about 10% of the total budget revenues expected in 2016. This amount far exceeds all public expenditures on utility subsidies for the households.

According to Naftogaz CEO Andriy Kobolev, this result was possible due to the gas market reform, good corporate governance, and the fight against corruption.

Diversification of gas supplies from Europe and the refusal to purchases gas on unfavorable conditions from Russia also played in favor of the company profitability. Naftogaz noted that the savings due to gas supplies from the EU since 2014 have amounted to some $400 million.

"This sum was calculated by comparing [the European gas prices] with the lowest price, with all discounts, offered to us by Gazprom. Therefore, it is, in fact, a minimum sum," said Kobolev, adding that Naftogaz has no plans to buy gas from Russia until the end of February 2017.

Besides, in the spring of 2017, Ukraine expects to see a decision of the Stockholm arbitration in a dispute between Naftogaz" to "Gazprom over the gas sale and gas transit contracts. To date, the Ukrainian claims amount to $28.3 billion, while those of Gazprom to Ukraine are at $31.759 billion.

In the case of victory, Ukraine will be able to get natural gas at a lower price and some additional revenue for transit services for the Russian gas supplied to Europe, which Naftogaz estimated at $20 billion until 2020.

The one thing that can shrink the financial results of Naftogaz may be a huge debt of Odesa Portside Chemical Plant. According to the forecasts of the energy holding, OPP obligations by year-end will have amounted to UAH 1.5 billion. Since the OPP privatization attempt has failed, the company's debt will once again fall on the shoulders of the state, rather than a new investor.

Mr Kobolev has said that Naftogaz is in talks with the OPP and the agency that controls it - the State Property Fund of Ukraine (SPF) on the mechanism of payments for the gas supplied. The supplies are ordered by the Cabinet decision, which expires December 31.

Besides, Andriy Kobolev noted that the idea of transferring the OPP to Naftogaz management once its sale has failed is economically unfeasible.

"It has no economic feasibility. If the aim of this idea is to further use freely the gas of our group, the answer is “No, we are categorically against [this]," he said, adding that such consultations should be carried out after approval of a debt repayment schedule. 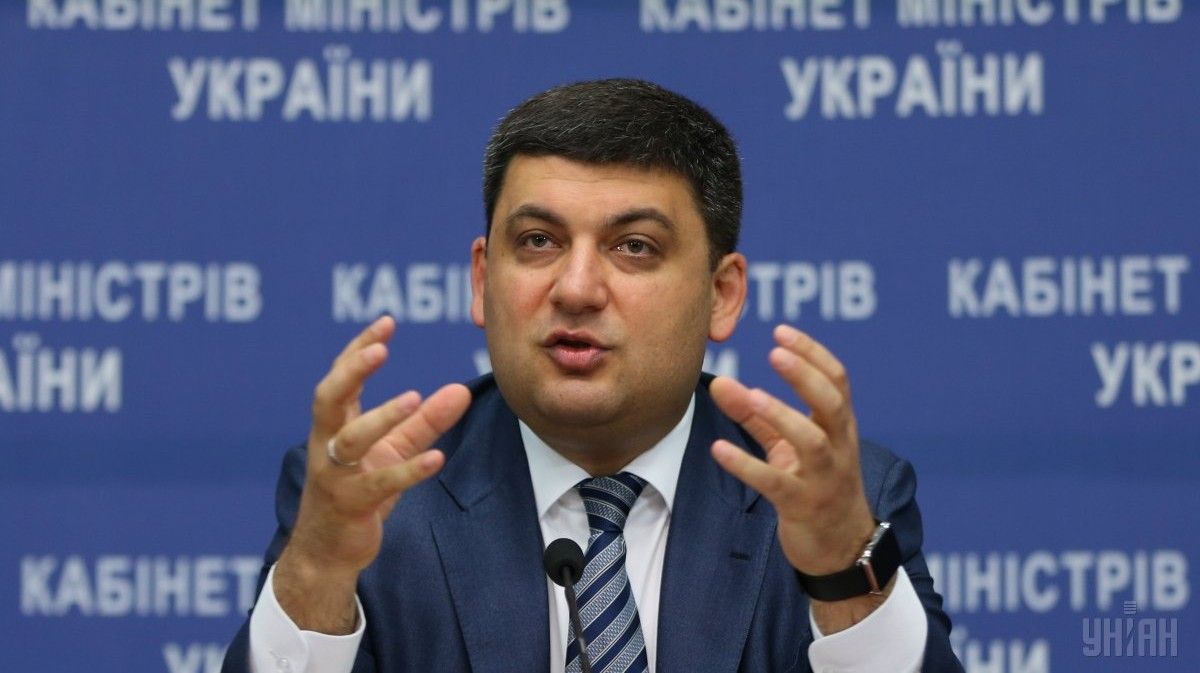 Not only Naftogaz but also the Ukrainian Cabinet has claims to the State Property Fund. At a government meeting, Prime Minister Volodymyr Groysman in connection with the failure of a large-scale privatization in 2016 proposed to carry out a comprehensive review of the SPF operations.

"I propose that we postpone all decisions on the State Property Fund until we get a public report on its activities. I think that we need to set up a serious group that will completely recheck, what property is managed by the SPF, and how effectively it is being done," said the prime minister, promising to find the necessary funds for the audit.

First Deputy Prime Minister Stepan Kubiv was appointed the one responsible for the review. He will have until the end of the year to submit to the Cabinet consideration the mechanism of attraction and financing and auditing company.

In turn, Head of the State Property Fund Ihor Bilous took the prime minister’s challenge, writing on Facebook that he was ready to report to the government next week both on the problems and the achievements, of which he believes there are a lot.