One December night, along with the adoption of the state budget 2017, the Ukrainian Parliament approved amendments to the Tax Code. Despite the fact that new approaches of tax policy were being worked out for a whole year, the businesses were informed of some major innovations right New Year’s eve. UNIAN tried to figure out what awaits the taxpayers in Ukraine in 2017.

On the night the budget was passed, to ensure the balance of budget indices, the Verkhovna Rada adopted two government-proposed tax bills. The amendments to the Tax Code, contrary to this very Code, were adopted and entered into force in 10 days instead of a required six-month period. So it has developed historically, that the Rada adopts on the Cabinet-proposed decisions on tax rules to be applied in the coming year as late as on New Year's Eve.

Such a rush in passing bills on tax changes cannot but affect the investment climate in the country. After all, while the business expects stability and predictability of tax rules, it sees the amendments on New Year’s Eve instead, as usual.

At the same time, the Ministry of Finance since spring has been working on the project of tax reform, which was supposed to improve tax environment and to reduce the level of corruption in fiscal agencies. Changes were being prepared in a transparent way, as all interested parties were invited to join the debate. In early November, the Government submitted the appropriate changes to Parliament, but the deputies only managed to adopt the bill with plenty of edits at the end of the year. A number of core provisions disappeared from the bill, which were the base of the finance ministry’s reform. However, a number of important amendments that should make the taxpayers’ life easier have been adopted.

The main goal of all changes passed is the improval of tax administration system. Their initiators hope that the innovations will minimize the possibility of manipulation by corrupt employees of the Fiscal Service.

In particular, to simplify the lives of taxpayers and minimize their communication with the tax inspectors, the majority of operations will be conducted within a so-called “electronic office”. Through this office, all correspondence will flow between the taxpayers and controlling bodies and declarations of assets will be filled.

With the help of such e-office, taxpayers will be able to view information on their tax payments in real time, check their settlements’ compliance with their budgets, manage the overpaid funds of funds paid wrongly, have access to the online VAT administration, and get information on the appointment of audits, their progress and outcome. In particular, they will be able to get the copies of orders on the appointment of audits and file administrative appeals against the decisions of the supervisory authorities, as well as to receive any type of document. The lack of direct contact between the taxpayer and the inspector will inevitably reduce corruption risks in the tax area. 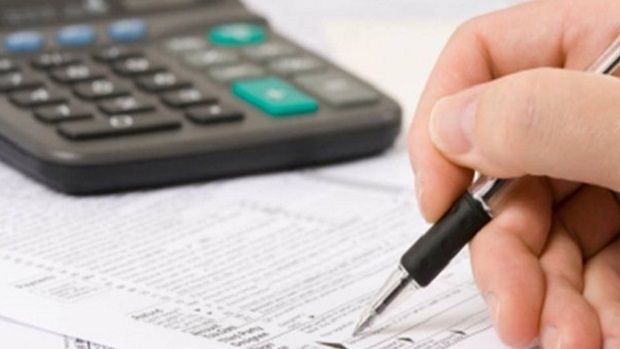 The main purpose of all changes accepted is to improve tax administration system / zn.ua

In addition, the law provides for the publication of the schedule of audits on the SFS website and in the official gazette of the SFS.

The main innovation aimed to tackle corruption in the SFS bodies could be the transfer of the administration of IT systems and databases from the State Fiscal Service control to the Ministry of Finance. Scandals with SFS interference with the electronic tax bases clearly showed that the Fiscal Serviec cannot be deemed an impartial and neutral user of these bases. The transfer of these data bases would help prevent manipulation, in particular, with the VAT return. But this never happened for technical reasons. The Parliament has postponed the transfer until 2017.

"The government approached seriously and presented the reform, which was called the database transfer from SFS to the Ministry of Finance in order to avoid abuse and manipulation of information, including the VAT return. But, as it turned out, everything that the people said would be a good thing, the deputies eliminated. It turned out that the databases do not need to be passed to anyone," the deputy head of the parliamentary committee for tax and customs policy, Andriy Zhurzhiy, complained during the debate.

In turn, head of the same committee Nina Yuzhanina noted that at the moment, the transfer of the databases could not be implemented.

"In the last week [before the vote] we have received the IMF ban on the transfer of databases because it was technically impossible to perform. But we have now taken the first step - we have laid out many provisions that will gradually lead to this," said Yuzhanina.

Thus, the Ministry of Finance before July 1, 2017 will conduct a technical audit of the databases, and it will be the first step toward their transfer to the relevant ministry.

New trends for VAT and "favors" for farmers

One of the obvious advantages of the changes passed on tax administration will be a more transparent VAT return. As was suggested by the Ministry of Finance, the law provides for the creation of a single public registry of VAT refunds instead of the existing two registers. It will be administered by the Ministry rather than the SFS.

The legislation establishes the principle of tacit consent to VAT refunds. The conclusion of the SFS will no longer be required before the actual reimbursement, and the reimbursement process can be stopped only if the SFS has specific objections to the refund procedure. At the same time, the registered consignment will be sufficient ground for issuing a tax credit. In addition, the tax service will no longer be able to unilaterally break the electronic VAT administration contracts.

As the special VAT refund regime for farmers is abolished from January 1, 2017, the agribusinesses this year will receive UAH 4.37 billion in state subsidies. Distribution of public subsidies for the development of agricultural producers in Ukraine will be carried out automatically in proportion to the sum of the value of sales of their products. 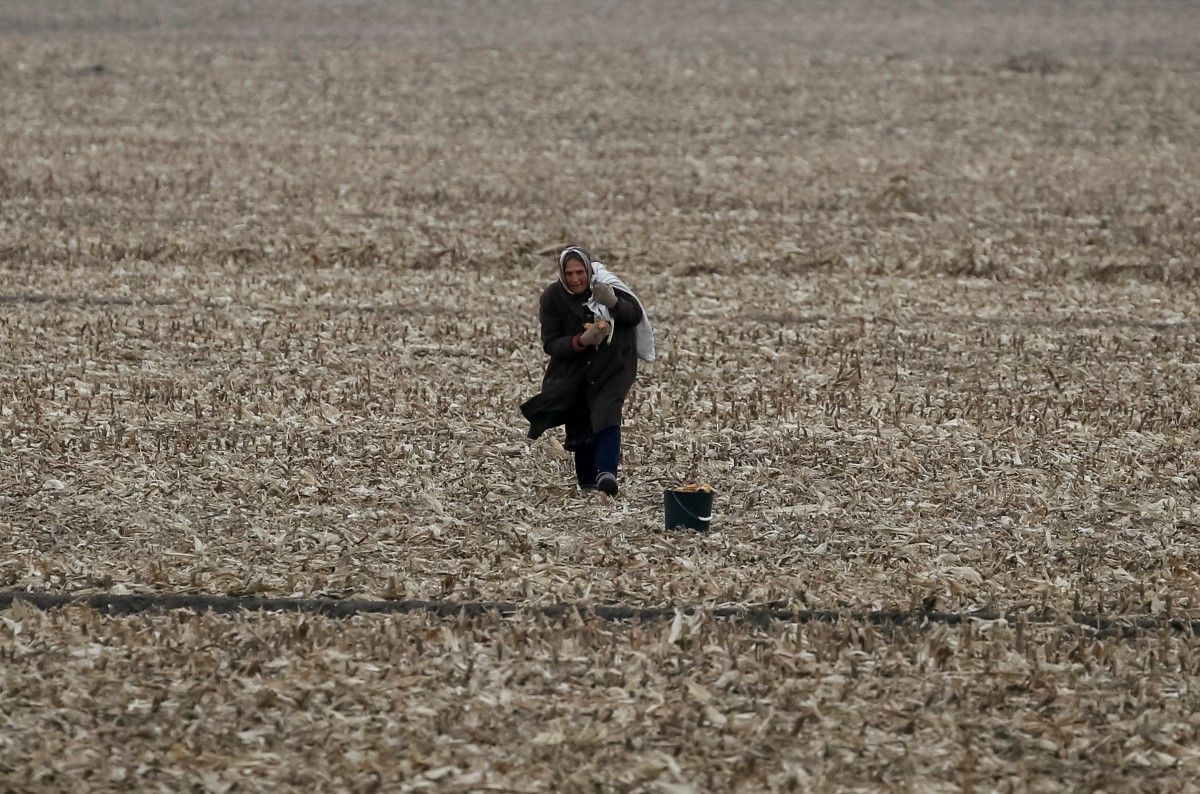 The adopted regulation also provides for the maximum amount of subsidies for each company at UAH 150 million in 2018. In addition, the government has fixed the minimum amount of annual aid to farmers in 2017-2021 at the level of 1% of the country’s gross agricultural production.

The main change in income taxes is the introduction of five-year tax holidays until 2021 for companies with a turnover of under UAH 3 million per year, and salaries of employees no less than twice the minimum wage. This applies to both new companies and those already operating with a staff of five to 20 employees (for unified taxpayers, it’s 50 employees).

The Ministry of Finance also drew up a norm on a single treasury account for the payment of all taxes, except VAT and excise duties, as well as a tool of accelerated depreciation, enabling businesses to quickly write off their assets due to wear and tear.

Whip for adepts of shadow salaries

The struggle against the shadow economy sector will be complemented with the introduction of significant fines, which in 2017 will punish those unscrupulous employers who will continue the practice of payment of wages in envelopes.

In accordance with the new rules, employers will have to pay a fine of up to three minimum wages if they hinder the audit, and in case of blocking the work of inspectors on identifying employees with no labor contracts, untaxed salaries or wages with no single social contribution paid – they will be obliged to pay a fine 100 times the minimum wage, or UAH 320,000. 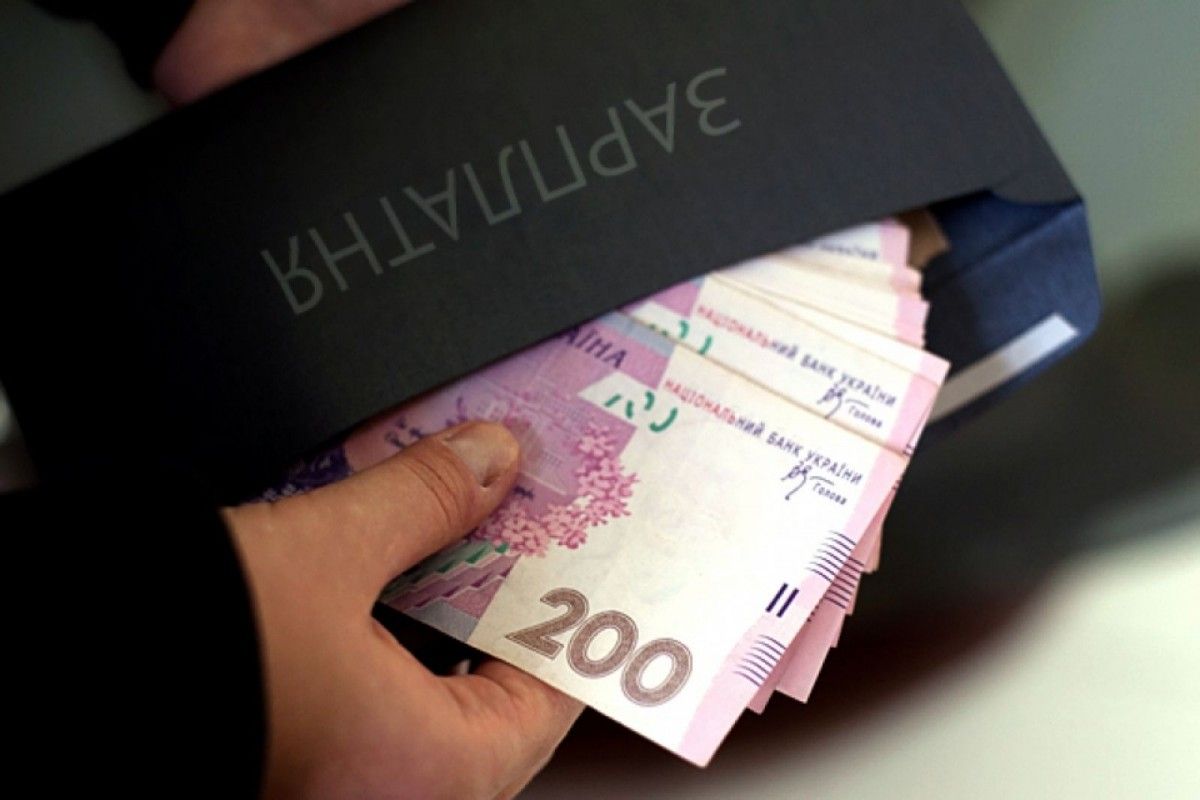 The fight against the shadow economy will be complemented with the introduction of significant fines, in particular, for paying gray salaries / zn.ua

To verify the correct payment of salaries, the law gives the right to local authorities not only to take the initiative of initiating audits, but also to organize their conduct. Experts believe that the implementation of this regulation will increase the risks of selective pressure on businesses and that it can lead to increased unemployment.

Additional pressure on small businesses will be imposed by one more innovation: from January 1, certain categories of individual entrepreneurs, especially the second and third groups of taxpayers, will pay a single social contribution of UAH 704 per month, even if they temporarily report no profits. At the same time, the first group of unified tax payers has the ability to pay half of the minimum SSC in the amount of UAH 352 per month. Experts call this norm counterproductive, since it may push to the shadows those entrepreneurs who were active from time to time and paid taxes when they had profits.

This innovation has already led to the fact that the Ukrainian individual entrepreneurs in the last days of 2016 started to massively close down their businesses. Entrepreneurs suspect that the New Year's initiative was undertaken to catch them off their guard and make the hesitant ones pay the SSC for the first quarter of 2017, as the tax is paid on a quarterly basis.

This year will show how correct and effective are the Rada-supported tax initiatives of the Government led by Volodymyr Groysman. We will see whether they lead Ukraine toward its goal: to create a fair system of taxation, in which the tax on the development of state and society is paid by everyone without exception, and in which there is no chance for corruption.

If the Government and Parliament are able to establish clear and understandable rules of the game, the businesses will start to come out of the shadows and pay taxes honestly. And frankly, a country at war has no other alternative.