Ukraine is included in the list of countries that fall under the U.S. General System of Preferences, which allows duty-free imports to the United States of 3,500 kinds of products. But Ukraine has used less than half of this advantage. UNIAN tried to understand the reasons.

In recent years, against the backdrop of the increased volume of foreign trade, imports traditionally outran exports, and the imbalance sometimes reaches 5% of GDP.

Of course, export losses were largely due to a rupture of relations with the aggressor state, Russia, which was the largest purchaser of local goods and services. Ukraine is in an active search for new markets, but it is not an easy path. It has been extremely difficult over the past three years to establish stronger trade relations with new partners, especially given the high competition in the market, in the face of continued stagnation of the global economy. And time is running out – improving the Ukrainian economy, shredded by the Russian-provoked war, without export expansion is almost impossible.

But, if it is so, then it is unclear why Ukraine does not enjoy the advantages it already has. For example, it’s the U.S. General System of Preferences (GSP). Our participation in this program is, to say the least, disappointing.

Ukraine should catch the moment

GSP has been out there for 40 years, from January 1, 1976. It is designed to promote the development of countries with poor economies by providing preferential duty-free entry into the United States of up to 5,000 types of goods from certain beneficiary countries (originally there were 127 of them). At present, there are 122 in the list, while the rest moved into the category of successfully developing states or were found to have violated the conditions of the program, especially in terms of their respect for intellectual property rights. By the way, with the recognition of independence, Ukraine has constantly participated in the program, but, in view of the violation of the basic requirement, in August 2001, it was deprived of preferences. They were resumed in early 2006, once it dealt partly with the mess in this sphere. Among the post-Soviet countries, the preferences are also applicable to Georgia, Kazakhstan, Moldova, Armenia, Azerbaijan, Kyrgyzstan, and Uzbekistan. Among major economies, the GSP applies to India, Indonesia, and South Africa.

Many items are eligible for GSP duty-free treatment. These include: most manufactured items; inputs used in manufacturing; jewelry; many types of carpets; certain agricultural and fishery products; and many types of chemicals, minerals and marble. Among the products that are not eligible for GSP duty-free treatment are most textiles and apparel; watches; and most footwear, and leather products.

Now, GSP allows duty-free entry into the United States of more than 3,500 kinds of commodities from Ukraine.

According to Ministry of Economic Development, in 2014 Ukrainian goods worth $26 million were exported into the U.S. under the GSP, while U.S. importers paid more than $1 million in import duties.

Another important point: as the Ministry of Economic Development told UNIAN, in connection with the excess in criteria of competitive constraints in previous years, a number of Ukrainian goods were withdrawn from the program list: rare (inert) gases other than argon; parts for railway locomotives, trams, and rolling stock; bagasse and other solid residues of fat discharge and sunflower oils. 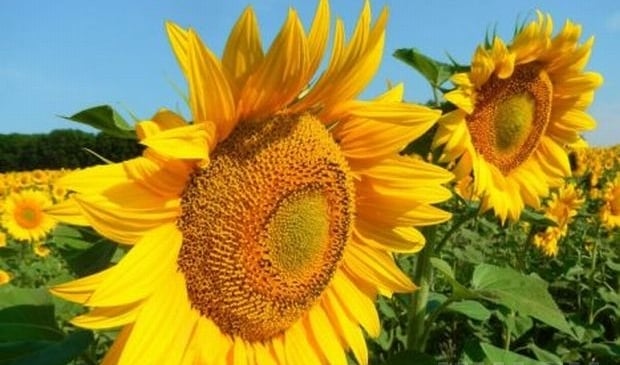 But September 30, 2015 the United States had decided to once again make these goods GSP-eligible.

In other words, Ukraine has received from the United States a promised a carte blanche. The then Minister of Economic Development Aivaras Abromavicius immediately declared that the amount of GSP-ensured duty-free trade between Ukraine and the United States would amount to about $200 million.

The experts estimated that the use of the GSP mechanism could increase the volume of Ukrainian exports to the United States by another $50 mln-$100 mln annually. In addition, given the fact that Russia in late 2014 was deprived access to GSP as a country that no longer meets the criteria of the program, Ukraine could qualify for the additional freed product niches (Russia used to be among the ten countries - major recipients of preferential GSP treatment and exported products worth $0.5 bln annually).

But these forecasts never came true.

Replying to an UNIAN request, the Ministry of Economic Development provided the following data referring to the U.S. Commission on International Trade: for 11 months of 2016, Ukraine exported to the U.S. under GSP products worth slightly over $88 million, while declaring goods worth $42 million. That is, our country has used just 47% of GSP opportunities.

For comparison, Moldova and Georgia, through the GSP, received an additional $30 million. Meanwhile, India gets nearly $2 billion from GSP preferences annually.

In its response to UNIAN, the Ministry of Economic Development noted that since August 2015, Ukraine under GSP largely exported inert gases other than argon; pigments and preparations based on titanium dioxide, titanium oxides; optical equipment; chocolate, and other foodstuffs containing cocoa, not put up for retail sale; treacle (molasses) derived from the extraction or refining of sugar; confectionery and candies with no cocoa content; wood products; and AC motors.

To the question regarding the companies and enterprises engaged in the exports, the ministry responded, "The Ministry of Economic Development is only the user of statistical information on Ukraine’s foreign trade, which is received from the State Statistics Service. The Ministry does not collect, consolidate and form the data."

The ministry has advised the agency to address the State Statistics Service and the State Fiscal Service, both of which did not clarify the issue, either.

In fact, the American companies are interested in quality products no matter the producer state, especially if these products bring profits. And this is what the GSP is all about. One of the most sensitive nuances is that it must be the American partners who “nominate” the Ukrainian products to receive trade preferences. Therefore, there should be requests from the Ukrainian side for such nomination. That is, a fluent dialogue is needed between the parties, and they all should be aware of the issue. But, given the failure of the Ukrainian businesses in this preference program, we can conclude that there is no real awareness of Ukrainian businesses.

The Ministry of Economic Development said that in 2016, given the low level of use of the GSP advantages, their main efforts were focused on informing the Ukrainian commodity producers on the program’s benefits - the issue was covered at the forums, round tables, meetings of the Exporters Council, and seminars. In addition, the ministry posted online relevant information and recommendation materials for businesses. As a result, for the first 11 months of 2016, the share of Ukraine’s use of GSP grew from 31% to 47.7%, compared to the same period last year. Still, a 50% mark was not reached despite the efforts.

The issue of using the U.S. GSP lies in the same plane as the question of the use of the EU preference system, said the head of Da Vinci AG, Anatolii Baronin.

According to him, there are several reasons for this: firstly, the share of mutual trade with the United States is small enough, standing at 1.9% of the total exports volume in 2016. Exports to the U.S. in terms of volume are comparable to those to the Czech Republic. Export reduction is even greater, given the overall decline in Ukrainian exports.

However, if we analyze the share of Ukrainian goods exported under GSP, the growth is visible. In 2013, the exports under GSP amounted to $97 million, in 2014 – to $101 million, and in 2015 – to $145 million. That is, against the background of general decline in exports to the U.S., its GSP share has increased.

"And, most importantly, the key problem is that the GSP is used by Ukraine only partially. Although there is a certain potential for growth, the list of goods that fall under GSP do not refer to the key export commodities. The goods produced in large enough quantities, such as bagasse, are in demand in the EU and are therefore supplied to Europe, given logistical benefits," the expert explained.

Baronin believes that the effectiveness of the GSP use largely depends on the Ministry of Economic Development’s efforts to find production facilities in Ukraine capable of producing GSP-eligible goods and offer them to manufacturers.

Boris Kushniruk, head of the expert and analytical council at the Ukrainian Analytical Center cited three factors for the failure of exports under GSP - the current monetary policy of the National Bank, the current political and external risks in Ukraine, as well as insufficient awareness of  Ukrainian producers.

"The situation with the GSP is showing for the whole sphere of Ukrainian exports. Two-thirds of the main exports account for agricultural and steel products, which do not fall under GSP. Taking into account the fact that almost all chemical plants are idle now, we are not talking about chemical exports. A similar situation is regarding textiles and engineering. By and large, if not to take into account the raw material exports, we are talking about small and, increasingly, medium-sized businesses. But they are also in such a condition that it’s not worth considering setting up any stable exports to the United States. To achieve this, we need stable production, which we lack," said the expert. 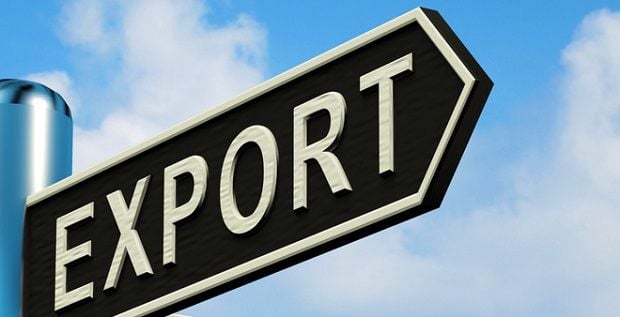 GSP is used by Ukraine only partially / ghall.com.ua

According to him, small and medium-sized businesses are now working in difficult conditions, and not only because of the tax legislation – in fact, we have no access to lending. To get higher amounts of working capital, as the importers pay only upon receiving the goods, a new monetary policy of the National Bank is needed to significantly reduce interest rates, said Kushniruk.

Plus, there are risks in Ukraine – political, economic, and external ones. Therefore, according to the expert, it would be premature to talk about stable exports, especially to the United States.

At the same time, the expert notes that popularization of GSP should be strengthened as much as possible, including ads on television, in social networks and media.

So, the tasks of the Ukrainian authorities are not that easy, but they are solvable - it is necessary to create conditions for the development of small and medium-sized businesses, not only adjusting the tax laws several times each year. And only then will we be able to talk about the growth of Ukraine’s export potential. The authorities should as much as possible help the businesses to exercise their export opportunities, especially the smaller companies. They need advice of world-class professionals, including lawyers. As a rule, small businesses simply cannot afford that. And, of course, it is important to promote more actively the existing opportunities in participating in preference programs. There is still time to fix the problems. But this time should be used wisely.