Last week, the Ukrainian authorities assessed the consequences of the trade blockade of the occupied Donbas for the economy; the IMF announced it would appoint a new date for the next Exec Board meeting on the allocation of another tranche to Ukraine; and the government boosted its efforts to fix Ukrainian roads.

The official trade blockade of the ATO zone, introduced last week by a presidential decree according to a decision of the National Security and Defense Council, forced the Ukrainian leadership to seriously adjust their plans. After all, temporary cessation of the movement of goods across the contact line was a response to the seizure by militants of Ukrainian enterprises estimated at $2 billion. And, more importantly, the assets "nationalized" by militants were an important component of Ukraine's energy and steelmaking industries.

The blockade questioned macroeconomic forecasts, which had been based both on the government's plans and on cooperation with international lenders.

"As a result of the blockade, Ukraine lost influence over its own territories. At the same time, a blow has been struck on national energy and steelmaking industries, and on the budget," Ukrainian President Petro Poroshenko said.

He also stressed that the enterprises in the occupied territory of Donbas were not only seized, but also plundered.

In view of the new economic realities, the National Bank, the Ministry of Economic Development and Trade, and the Ministry of Finance were forced to start a revision of their macro-forecasts.

While the ministries assess the consequences of the blockade, the National Bank has already presented its figures.

According to the regulator’s calculations, the blockade will cost Ukraine 0.9% of the economic growth GDP in 2017, the forecast for which has been reduced to 1.9% of GDP. At the same time, the National Bank estimated the negative impact of the blockade at 1.3% of GDP, while NBU analysts hope to see 0.4 of GDP compensated due to favorable conditions in world markets. In addition, the blockade this year will result in an additional $800 million deficit in Ukraine’s balance of payments, as well as eat up $500 million from gold reserves.

At the same time, the NBU raised its forecast for GDP growth in 2018 from 3% to 3.2%, at the same time worsening the forecasts for the balance of payments deficit and the volume of foreign exchange reserves.

According to the chief economist at Dragon Capital, Olena Belan, the decision of the Ukrainian authorities to officially stop trade with the occupied territories reduces the likelihood of restoring economic ties, as was previously laid out in the forecasts for an IMF cooperation program.

The expert noted that stopping trade with the occupied areas of Donbas could reduce real GDP by about 1% and raise the current account deficit by 1.7% of GDP, as a result of the loss of revenue from steel exports and growth in coal imports.

According to a source in the Cabinet of Ministers, Ukrainian energy-generating and steelmaking assets, which were linked to the seized production facilities with a single production cycle, will feel significant negative consequences of the blockade, but they will be able to quickly cope with the diversification of supplies.

"The only problem is logistics. The Ukrainian infrastructure, in the case of supplies diversification by these enterprises, will be on the verge of an overload," the source said.

The source added that the blockade would also affect the hryvnia exchange rate. The IMF memo sees the weighted average rate of the hryvnia in 2017 at UAH 27.2 to the dollar but, according to the government estimates, the stoppage of trade will lead to the depreciation by another 70 kopiykas – down to UAH 27.9.

These are just forecasts, but the blockade has already reflected on Ukrainian industrial production - in February 2017 it decreased in annual terms at a 4.6% rate after rising by 5.6% a month earlier.

Thus, almost a year-long cycle of industrial output growth has been interrupted as a result of new economic realities, the negative effect of which will be rather difficult to compensate for.

The postponement for an indefinite period of a March 20 meeting of the IMF Executive Board on the allocation of the next $1 billion tranche to Ukraine drew speculations regarding such a move – ranging from problems with the appointment of the auditor of the National Anti-Corruption Bureau to the Fund’s dissatisfaction with an investigation against the dismissed fiscal chief Roman Nasirov.

The Ministry of Finance said the reason for the delay was the need to assess the impact of the trade blockade on the Ukrainian economy, since the memorandum of cooperation with the IMF was based on certain figures, which in new circumstances need to be adjusted.

According to a source in the Ukrainian government, the talks were held on March 20, where the parties said they needed to agree in the coming days on new indicators of the dynamics of the Ukrainian economy.

"We submitted a conservative forecast right away, so that no questions arose (with the IMF). We take a pessimistic scenario that economic ties with the occupied region will not be restored," the source said.

At an IMF briefing in Washington March 23, IMF spokesman Gerry Rice did not name the specific reason for the postponement of the Executive Board meeting on the Ukrainian issue, confining himself to a vague statement that it was due to the recent developments in Ukraine.

"We expect to announce a new Board date soon," Rice said, adding that there is nothing “unusual” in the postponement.

At the same time, he stressed that he did not have any information on a possible revision of the volume and terms of the next tranche.

While the current members of the government are trying to settle all technical details for obtaining a bailout tranche, Ukraine’s initial negotiators are going for a raise. Ex-Minister of Finance of Ukraine Natalie Jaresko, whose cadence saw the launch of the IMF’s renewed Extended Fund Facility for Ukraine, will become the director of the Council for Financial Management and Control of Puerto Rico, where she will deal with the restructuring of the country's $70 billion debt, as well as ensuring a balanced budget. It seems that our experts are praised overseas. The question is, whether they will start to be appreciated in Ukraine. 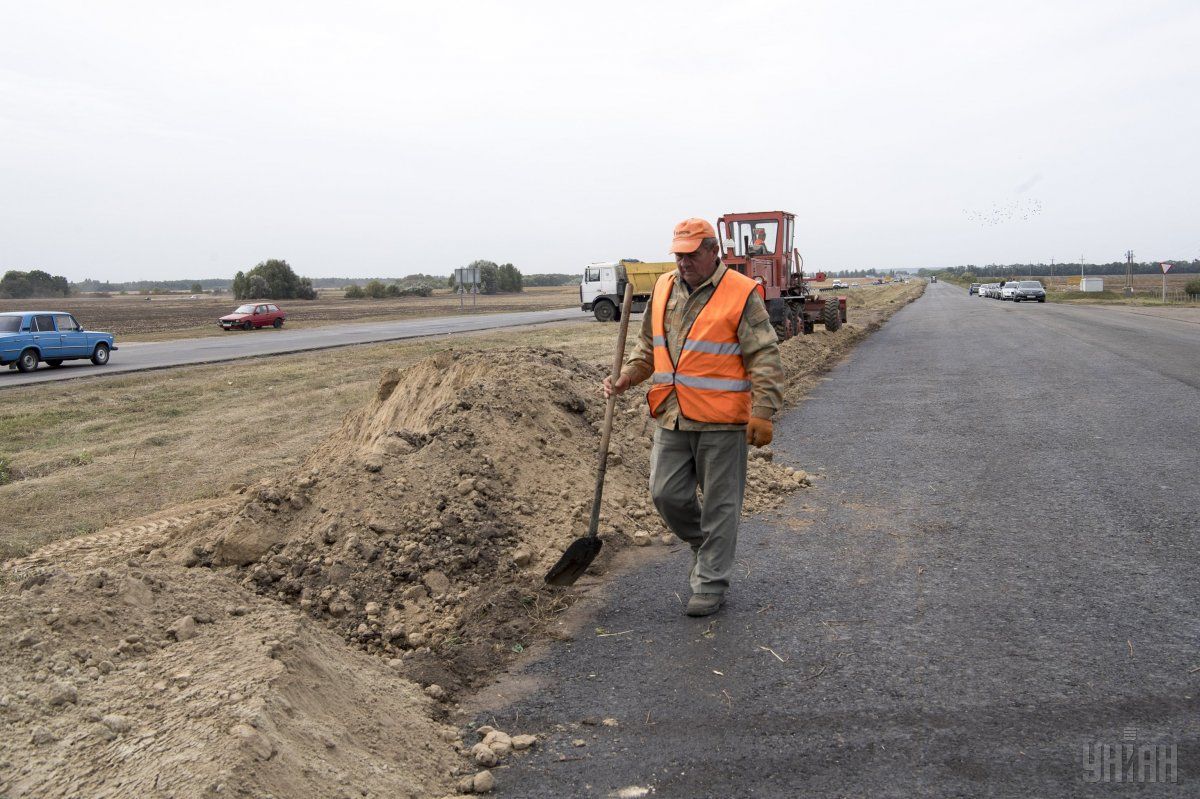 Ukrainian roads traditionally melted down along with snow, in the first sunny days of spring. At a Cabinet meeting on Wednesday, Prime Minister Volodymyr Groysman even showed a compilation of videos showing Ukrainian motorways more resembling some obstacle course, and announced a threefold increase in financing of road infrastructure compared to 2016.

"We will be able to allocate about UAH 30 billion ... This is three times more than last year," the prime minister said.

According to him, the government plans to restore Ukrainian roads, 95% of which remain in unsatisfactory condition, within five to seven years.

Minister of Infrastructure Volodymyr Omelyan noted that the main repair works on Ukrainian motorways will begin as early as late March - early April.

In turn, head of motorway management agency Ukravtodor Slavomir Novak announced plans to implement in 2017 some 268 projects worth UAH 18 billion, at the same time noting that the annual need in financing is about UAH 60 billion.

Novak also announced plans to launch the first concession motorway projects, which will be based on public-private partnership.

In turn, Omelyan said that the Ministry of Infrastructure was introducing quality control systems for road repair and construction.

By the way, against the backdrop of constant requests for additional funding voiced by Ukravtodor management and the Ministry of Infrastructure, the Security Service of Ukraine announced suspicion against Kyivavtodor officials, charging them with embezzlement of UAH 300 million of budget funds. In turn, the State Audit Service is investigating ineffective management decisions at a number of regional road management agencies that led to UAH 270 million losses.

The question remains rhetorical on whether it would be easier to use the funds effectively or to ask for more money from the budget.

The next week may be rich in economic news - attention will be focused on the dynamics of cooperation between Ukraine and the IMF, while the Ministry of Economic Development and Trade will present the country's export strategy - a long-awaited document that will determine the main directions for the development of domestic foreign trade in the coming years.

If you see a spelling error on our site, select it and press Ctrl+Enter
Tags: blockadeUkraineIMFeconomyroadrepairs