The High Court of Justice in London in the case regarding Russia’s claim over the so-called "Yanukovych debt" ruled not in Ukraine’s favor, Russian Sberbank announced the sale of its Ukrainian subsidiary, while regional gas distribution companies controlled by Dmytro Firtash will be able to earn an additional UAH 7.7 billion due to the latest decision of the NEURC – these are this week’s main economic news.

An important report this week came from London where the High Court of Justice considered Russia’s claim over a $3 billion loan taken from the aggressor state, Russia, by former president Viktor Yanukovych in late 2013. The bad news is that the court did not take into account geopolitical nuances of the case, the loss of assets in Crimea, and the fact that the deal was imposed by the Russian side. Therefore, the court did not recognize the validity of Ukraine's position in this case.

Thus, the creditor is not represented as an aggressor, and the debt itself is not deemed as a bribe to the Russian side.

Had the court recognized at least one of the Ukrainian arguments, the case would’ve been considered in full procedure, which would’ve allowed Kyiv to win some more valuable time. However, the court greenlighted expedited consideration of the Russian lawsuit.

Following the court ruling, Finance Minister Oleksandr Danyliuk hastened to assure the public that it was early to get frustrated as the court also approved that Ukraine file an appeal, and also granted Ukraine’s request for a provisional suspension of execution of the handed down judgment.

"Today's decision is the first stage. Ukraine received the judge's permission to appeal. At the request of Ukrainian lawyers, the court also "froze" today's decision before the next meeting, which will be held at the end of April. At the next stages of the process, Ukraine will continue to consistently defend its position and protect state interests," the minister stressed.

According to Danyliuk, Judge William Blair, who is considering the case, recognized the Ukrainian position as strong and reasonable. At the same time, the judge decided to apply certain formal norms of English law and render a decision not in favor of Ukraine.

Executive Director of Bleyzer Foundation Oleg Ustenko, Ukraine should explore every opportunity to delay the final ruling, since other international courts throughout this period may recognize Ukraine's claims to Russia over military aggression, annexation of Crimea, and the loss of assets. This may lead to a deal on the offset of debts.

"As I understand, Ukraine's position is to drag this on for as long as possible. We shouldn’t physically pay back the debt yet. The London court does not arrest property that easily. There will be much more litigations, and then we may go for an offset. For example, we will issue a bill to Russia regarding Crimea... Russia may be billed for Ukraine’s inability to use its property that has been left behind [in the occupied Crimea]. There are other hearings ongoing. The lost battle does not mean defeat in the war because in other courts, the picture is more positive for us," the expert said.

But, as expected, Russian media presented the court judgment as an ultimate victory. It should be noted that Ukraine’s sovereign  Eurobonds immediately reacted to the court ruling, dropping by 0.2-0.8 percentage points. 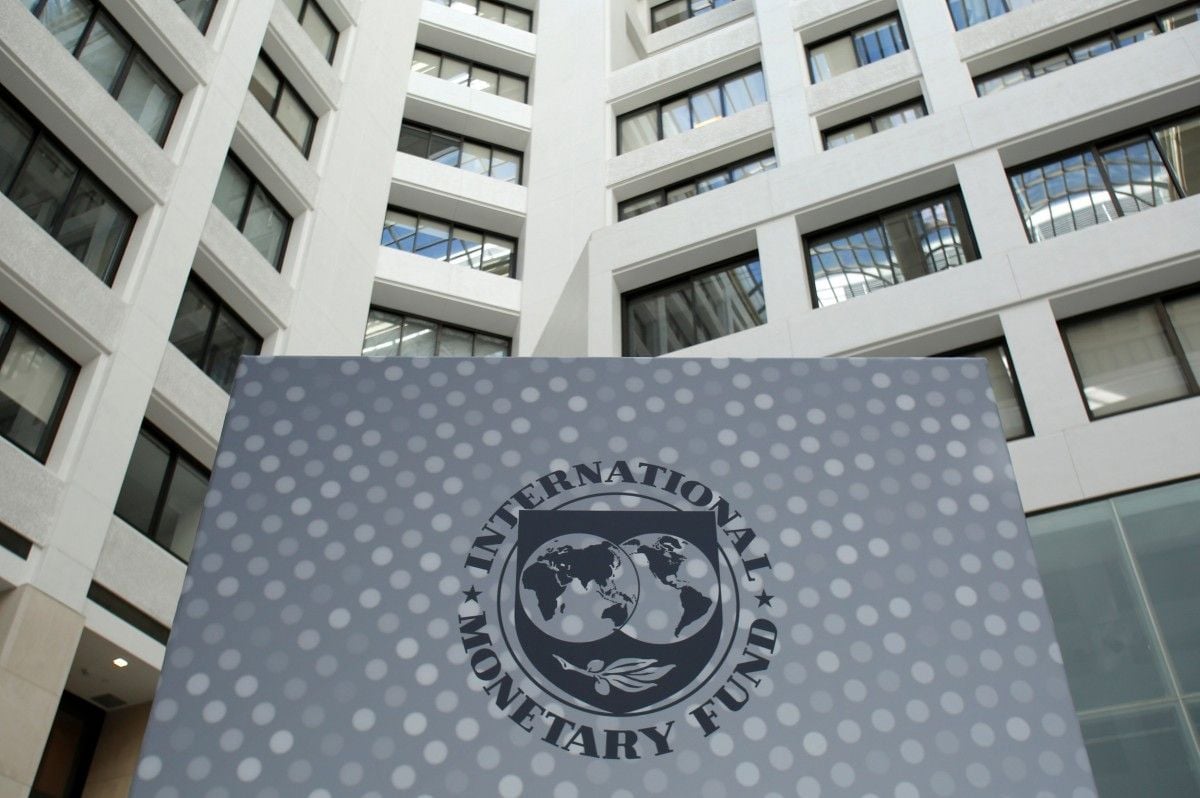 Whatever the final ruling on the "Yanukovych debt," Ukraine’s cooperation with the International Monetary Fund under the Extended Fund Facility continues.

Last week, the IMF finally scheduled consideration of allocation for Ukraine of another bailout tranche totaling $1 billion. Over the past two weeks, the loan has been steadily eluding Ukraine. However, on Thursday, March 30, the Fund’s Resident Representative in Ukraine Jerome Vacher said that the issue of continuing cooperation with Kyiv would be raised at the meeting of the Executive Board on April 3.

President Petro Poroshenko said he was proud that the current government was able to ensure the receipt of the fourth tranche of the IMF loan. At the same time, he noted that all funds don’t get "eaten up", instead being sent to the country's international reserves, which today amount to nearly $15.5 billion.

Initially, the IMF planned to consider the Ukrainian issue on March 20, but at the very last moment, Ukraine “disappeared” from the agenda of the Exec Board meeting. There was no verified information on the IMF website on possible reasons for excluding the Ukrainian issue from schedule, as well as the approximate date of a rescheduled meeting.

The Ministry of Finance was right there to assure that there were no reasons to be concerned since Ukraine’s key creditor postponed the meeting due to the need to clarify macroeconomic indicators following the introduction of a trade blockade of the occupied territories of Donetsk and Luhansk regions.

In this regard, the National Bank promptly held an extraordinary meeting of its Monetary Policy Committee to update the macroeconomic forecasts at the IMF request.

It should be noted that the continuation of Ukraine's cooperation with the IMF is a prerequisite for the provision financial assistance by other international partners.

Who profits from divided gas price 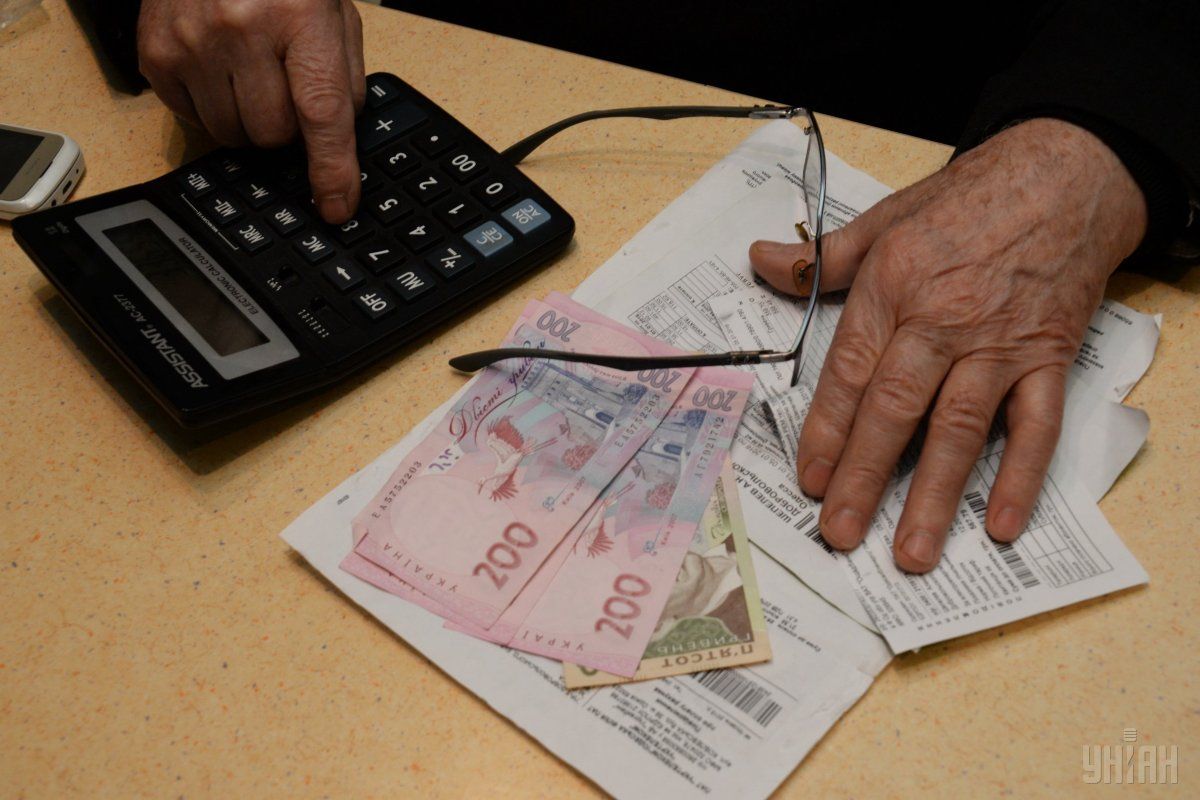 According to the decision of the NEURC, from April 1, Ukrainians will pay for gas at two tariffs / Photo from UNIAN

The National Energy and Utility Regulation Commission (NEURC) brought another “surprise” for gas consumers. According to its decision, from April 1, Ukrainians will pay for gas at two tariffs: one for gas as a commodity and another one for its delivery to the end consumer (the monthly fee).

Prior to this decision, the payment for gas transportation and distribution was 13% in the total structure of the tariff for the households, or about UAH 894 hryvnia per 1,000 cubic meters.

The National Commission stressed that such an innovation would allow the end consumer to freely choose the supplier of gas in the future, also making the payment mechanism fairer and transparent. At the same time, the NEURC pledged that from April 1, the cost of blue fuel as a commodity will be reduced by 13%. This was confirmed by a Cabinet decree published Friday, setting the price cut for gas from April 1 to UAH 6,079 per 1,000 cubic meters.

The regulator assured the public that in general, this innovation will lead to a 4% decrease in the average annual payment for gas.

Energy expert, deputy head of the energy efficiency and energy saving department at Naftogaz Oleksiy Habatyuk believes that from April 1, the cost of gas delivery for most Ukrainians will increase several times due to inaccuracies in the calculation method. In his opinion, only those Ukrainians will benefit from this decision, who consume large volumes of gas, over 2,500 cubic meters per year, or have a gas boiler installed (and a G4 meter). For this category of consumers, fuel transportation fee will decrease by an average of 20-40%.

At the same time, for consumers who only have a gas stove and no gas meter, gas transportation tariff will grow sevenfold or even eightfold. Average level consumers (about 1,500-2,000 cubic meters per year), the fuel delivery fee will remain approximately at the same level as before.

Prime Minister Volodymyr Groysman said that if the gas price for the population increases many-fold, the structure of the new tariff will need to be revised.

It is worth noting that the very idea of dividing gas prices into two components is an important condition for launching the gas market. But if the regulator fails to protect Ukrainians from a multiple increase in payments, the April Fools' innovation may lead to a serious scandal and the growth of non-payment rates. 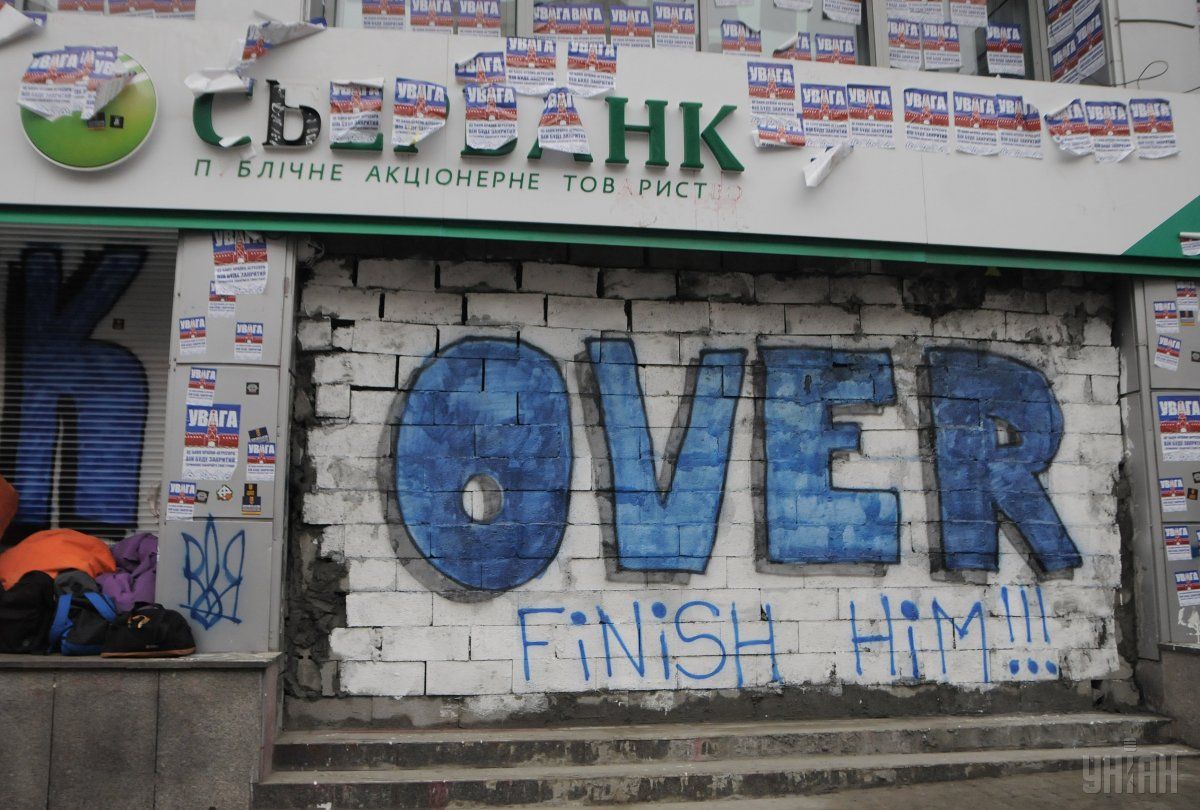 Sberbank is to sell its Ukrainian subsidiary / Photo from UNIAN

Gas reform is not the only innovation that will be launched in Ukraine on April 1.

According to the decision of the Pension Fund of Ukraine (PFU), starting this day, Ukrainians will no longer be able to receive pensions through Ukrainian subsidiaries of Russian state-owned banks, such as Sberbank, VS Bank, Joint-Stock Commercial Industrial and Investment Bank, VTB Bank and BM Bank, which previously served more than 72,000 Ukrainian pensioners.

The PFU noted that until the pensioners select another bank at their own will, they will be automatically transferred to the State Postal Service (Ukrposhta) branch offices.

Moreover, now it seems that the scandal regarding the Ukrainian subsidiary of the odious Sberbank of Russia began to move toward a logical conclusion.

Last week, the Russian side reported that on March 27 an agreement was concluded on the sale of a 100% stake in the Ukrainian subsidiary “Sberbank” to a consortium of investors with the participation of Latvia’s Norvik Bank. The bank belongs to the Russian businessman, Grigory Guselnikov, and a private company from Belarus.

Following the announcement, Guselnikov voiced his intention to rename the Ukrainian Sberbank to Norvik Bank. He explained that the decision to purchase the bank is related to business interests, claiming the new owners consider the Ukrainian banking market "very promising."

However, the National Bank of Ukraine has not yet reported on receiving an official notification from potential investors about the purchase. In addition, to close the deal, a green light from the Anti-Monopoly Committee of Ukraine is required.

The next week promises to be just as rich in economic news. Firstly, on Monday, the IMF will make a long-awaited decision to allocate a $1 billion tranche to Ukraine. After that, April3-7, EU’s macro-financial assistance to Ukraine, totaling EUR 600 million, will be transferred to the Ukrainian accounts.

However, the strengthening of the country’s international reserves can go unnoticed for the majority of Ukrainians as the public will be focused on discussions regarding e-declarations of assets filed by top officials.

If you see a spelling error on our site, select it and press Ctrl+Enter
Tags: IMFNBUYanukovychDebtgasprice