The U.S. will provide $560 million in assistance to Ukraine; NBU Governor Valeria Gontareva chose to leave for a long vacation ahead of the resignation; while the State Treasury reported on overfulfilment of the state budget revenues - these are the main economic news of the first week of May.

This week brought Ukraine some bright news from across the Atlantic, showing that the general course of the new presidential administration in Washington to support Ukraine has not changed.

On Thursday, May 4, the U.S. Congress passed the defense spending bill for fiscal 2017, which provides for the allocation of $560 million in aid to Kyiv, of which $ 350 million will be used to strengthen the country's defenses.

The next day, May 5, the Consolidated Appropriations Act for 2017 was later signed by President Trump. "Ukraine welcomes signature by the U.S. President Mr.Donald Trump of already approved by the U.S. Senate and the House of Representatives the Consolidated Appropriations Act, 2017 under which not less than USD 560 mln. shall be made available for assistance for Ukraine," the Ukrainian Embassy in the United States wrote on Facebook.

The diplomats noted that of $350 million, the minimum military support for Ukraine before October 1, 2017, will amount to $238 million. At the same time, the document does not provide for loan guarantees to Ukraine to increase defense capabilities, which totaled $275 million last year.

Along with the confirmed support for boosting the country's defenses, Washington stated the need to speed up reforms on the protection of intellectual property rights. The annual Special 301 Report by the U.S. Trade Representative, analyzing the state of intellectual property protection in the countries that are trading partners of the United States, has retained Ukraine on the list of priority monitoring targets.

According to Ukraine’s Economy Minister Stepan Kubiv, Ukraine has recently made great efforts toward tackling internet piracy in the field of copyright and related rights. The work continues on the legalization of software with the executive bodies and addressing the issues related to the collective management of property rights.

Gontareva leaving. On vacation so far 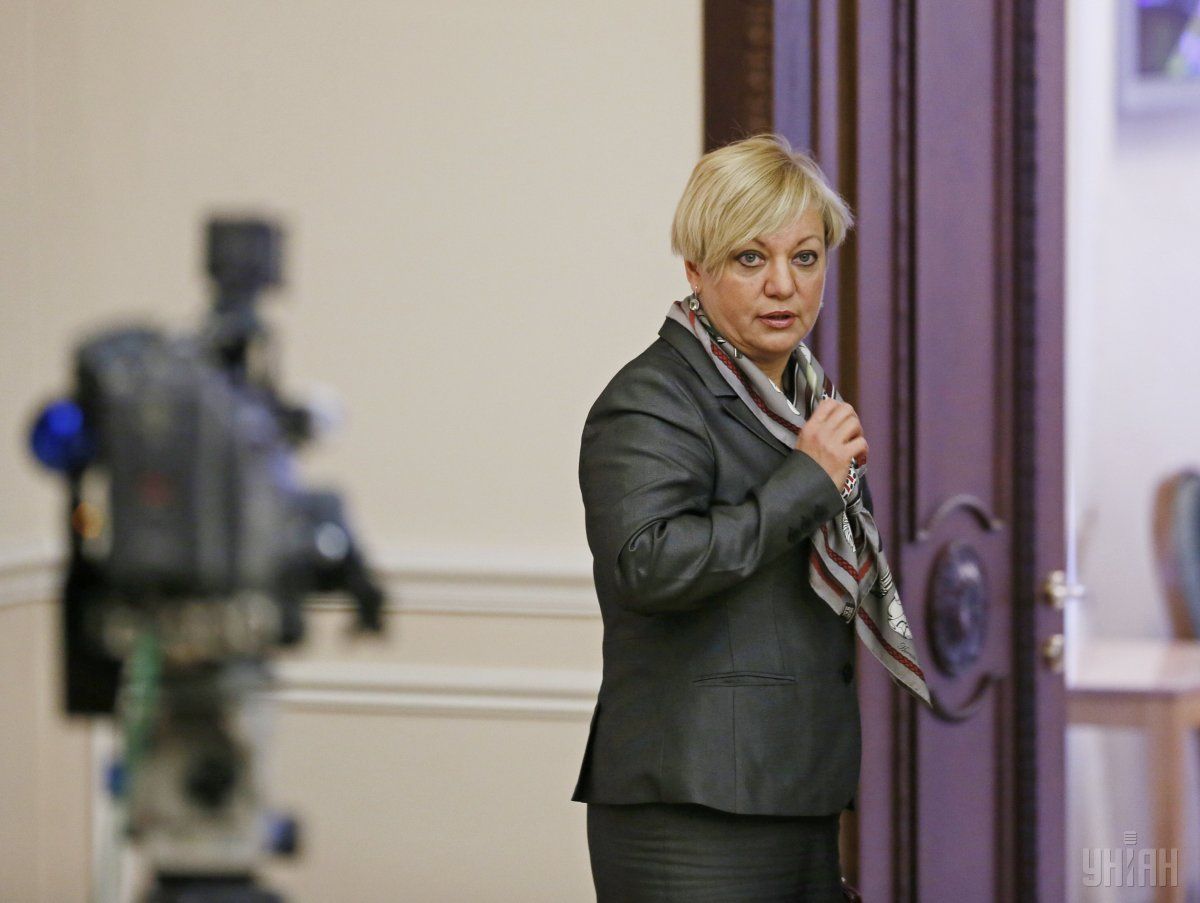 At the end of the week, there came reports that NBU Governor Valeria Gontareva, who had earlier announced her resignation from May 10, decided to leave for a long vacation.

According to a source in the National Bank, for the time being, the NBU will be headed by Gontareva’s first deputy Yakov Smoliy. However, the reports have not been confirmed yet by the bank’s press service.

Meanwhile, the market continues to discuss possible candidacies for the top NBU post. Some experts say Gontareva’s most probable successor is the current head of the board of Ukraine’s largest bank with foreign capital Raiffeisen Bank Aval, Volodymyr Lavrenchuk.

In his comments to reporters, Lavrenchuk expressed readiness to get to the NBU helm "when the time comes," at the same time not confirming the fact of any negotiations on the matter.

The presidential administration has so far issued no comments on possible candidates for the post, preferring to keep the intrigue simmering.

Meanwhile, the exchange rate of the hryvnia to the U.S. dollar continued to strengthen and reached its maximum level since the beginning of 2017 at UAH 26.46 to the dollar. Over the past week alone, the national currency has beefed up by 9 kopiykas.

In the first days of May, the accounts of the State Treasury Service were replenished with $1.1 billion of the recovered funds ($1.5 billion) earlier stolen by the kleptocratic regime of ex-president Viktor Yanukovych.

President Petro Poroshenko said that the injection will strengthen the country's financial and banking system, ensure the stability of the hryvnia, and attract investment. "By the way, I want to report that at the moment there have been no complaints against this decision. None of the so-called proprietors, who would claim this money, have appeared," the head of state said.

Finance Minister Oleksandr Danyliuk said that in addition to the $1.1 billion allocated to the State Treasury accounts, an additional $200 million in securities will be transferred to the Ministry of Finance, and the country's domestic debt will be reduced by this sum.

At the same time, the Treasury reported on overfulfilment of the state budget’s target revenues by 18.9% from year-start as the Service received UAH 259.785 billion in revenues in January-April.

According to the State Treasury Service, receipts to the state budget revenues over the said period were 51.1% higher than in the same period last year.

In April, the state budget saw UAH 85.028 billion in revenues, including UAH 42.696 billion of tax and customs revenues, a UAH 10 billion tranche of the National Bank of Ukraine's profits, and UAH 34.271 billion in proceeds to the special fund. 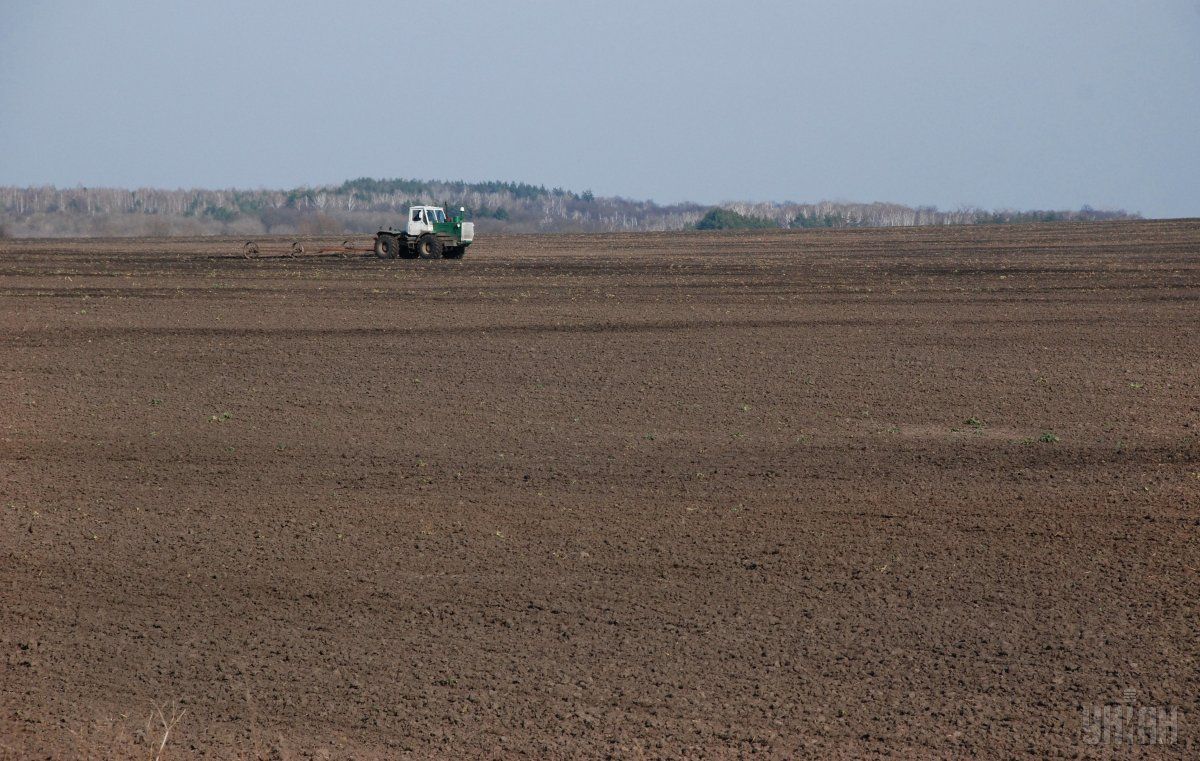 This week brought to Ukraine the long-awaited warming, which had a positive effect on the spring sowing campaign, which earlier slowed down a bit due to the temperature drop in the second half of April.

The Agrarian Ministry noted that the cooling last month adversely affected blooming fruit trees - apricots, cherries, sweet cherries and peaches. Meanwhile, according to the ministry, April frosts on part of the country's territory will not affect the future yield of winter and spring crops.

According to experts, the loss of winter cereals for the 2017 harvest turned out to be at their record low (0.4%) over the past 10 years. Previously, Ukrainian farmers were losing an average of 3 to 7% of their winter crops.

And this is not the only record broken – in the current marketing year, agribusinesses intend to export some 41.6 million tonnes of cereals compared to 39.4 million tonnes in the past MY. As of May 3, Ukraine has already exported 37.2 million tonnes.

At the same time, the government continues its efforts to enter new markets. Head of the State Service for Food Safety and Consumer Protection Volodymyr Lapa in an interview with UNIAN said that Ukraine planned in the near future to expand its exports of poultry products, as well as a number of other agricultural products, to the markets of about twenty countries.

According to the official, Ukraine is interested in exporting poultry and dairy products to South Korea and Singapore. Also, poultry could be delivered to South Africa, Japan, Mexico, etc. Besides, Ukraine is hoping to enter the Saudi market with beef supplies. In addition, Canada is considering the possibility of importing from Ukraine bee colonies.

Lapa reminded that Ukraine and China were expected to soon agree on a protocol of veterinary requirements for the export of beef to China. Also, Ukraine managed to achieve liberalization of requirements for grain exports to Egypt.

The future working week will be short for many Ukrainians because of the regular May holidays. But we hope we will see as many promising and important economic news.

If you see a spelling error on our site, select it and press Ctrl+Enter
Tags: UkraineagricultureGontarevaNBUYanukovychstatetreasuryUAH