The President of Ukraine issued a decree on the blocking of Russian internet resources, another IMF mission arrived in Kyiv, while the government presented its draft pension reform - these are this week’s main economic news.

The main news of the past week that sparked controversy among Ukrainians netizens was the Ukrainian president’s move to restrict access to blocking on Ukraine’s territory the online services and websites operated by Russian holdings Mail.ru and Yandex. Social networks Vkontakte and Odnoklassniki, postal services mail.ru and Yandex, movie portal Kinopoisk, and antivirus software by Kaspersky Lab and Dr.Web were all blacklisted.

Over the past years, more than half of Ukrainians regularly used at least one of the above services, while social networks Vkontakte and Odnoklassniki no less regularly topped the attendance charts. Moreover, the decree imposes sanctions on 1C accounting software, which has occupied an astonishing 98% of the Ukrainian market.

"A decision was made regarding sanctions against enterprises-legal entities that distribute it (1C software). I’d like to say that the SBU security service revealed that some [of the software] is used for illegal collection of information, that is, cyber espionage," Secretary of the National Security and Defense Council Oleksandr Turchynov said, commenting on the situation.

The decree comes into force 15 days from the date of signing. Thus, according to the letter of the law, internet providers will have to ensure the blocking of sanctioned resources until June 1.

At the moment, all key cell operators have already launched efforts to effectively restrict user access to mentioned resources. Cable companies have started the process as well. Ukrtelecom, the operator with the largest coverage across the country, reported its technical readiness to disconnect within a week the access to Russian resources.

The ban carries a number of problems for the business - small businesses that sell their services or products on popular social networks, companies engaged in online advertising, and business that see no alternative to using 1C software in their accounting routine.

Meanwhile, there are definitely some positive aspects in the restriction of access to Russian online resources. There has been a long debate over the risks their use bears. In Russia, a number of repressive laws have been enforced, which not only oblige all Russian providers to store full data on the activity of internet users but also provide Russian security forces with a virtually unlimited access to information on the servers of Russian IT companies. For example, social networks store user data including not only photos, videos and public activity, but also personal correspondence. They also track their location using geo-positioning technology. Facts have been proven when Russian search services during anti-corruption protests in Russia artificially boosted to the top of search queries news pieces and reports of pro-Kremlin media.

Moreover, given the peculiarities of Russia’s legal framework, the country’s IT companies a priori are unable to provide a high level of online security.

Accounting products can also carry the risk of leaking valuable commercial secrets. Olena Makeyeva, head of the Board of Directors of Aksenova and Partners GGI audit firm, one of the options for bookkeeping can be the use of outsourcing services that obtain the required software.

"These services are more expensive than employing a chief accountant, but it is possible that the demand for such services will increase in the long term, therefore making them cheaper," she said, stressing that this practice is actively used in European countries.

Thus, although painful to many, the decision to ban Russian internet resources seems to be a necessary step in the context of Russia's information aggression and the risks to user data safety. Users wishing to bypass the ban could use VPN services and anonymizers - the Ukrainian authorities have already stated that they are not going to prosecute people for this. At the same time, the Ukrainian IT industry, which has been growing actively in recent years, will get a chance for a boost, while users will quickly find a substitute for banned services, there’s plenty of alternative software, probably except in the area of accounting.

Another audit by IMF 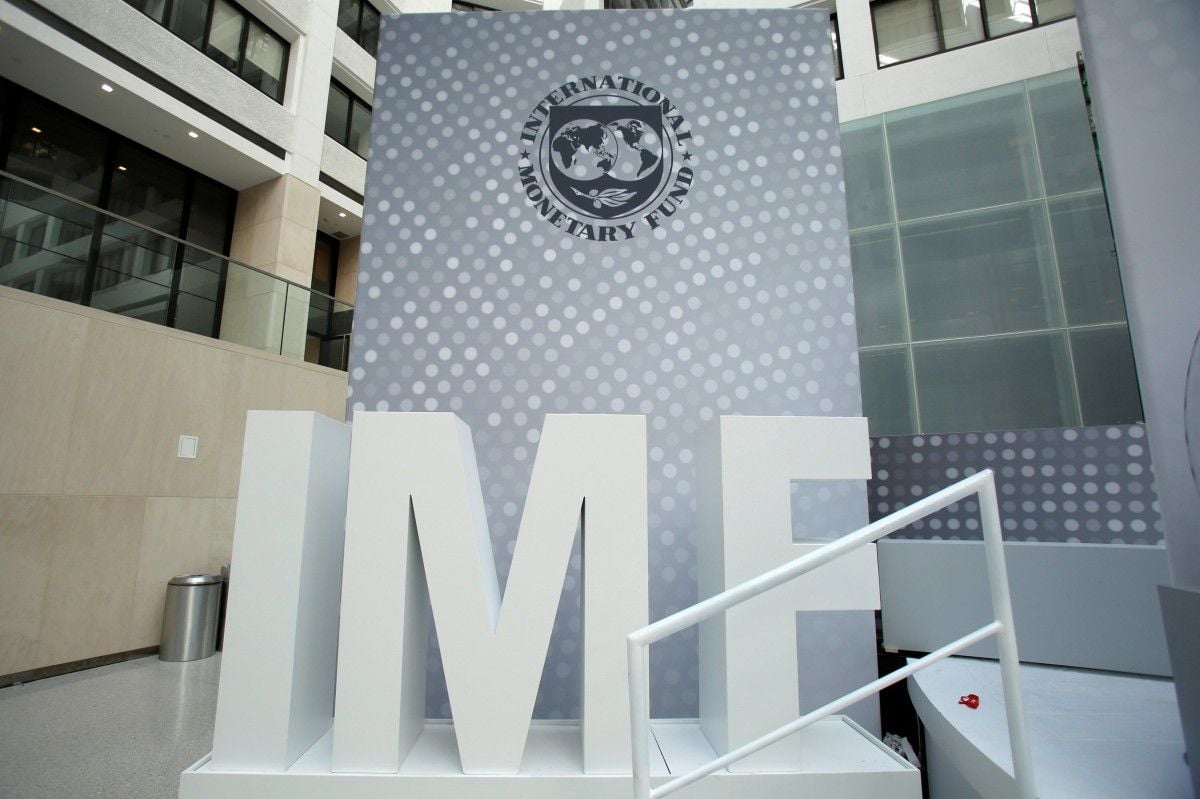 On May 16, the second mission this spring of Ukraine’s main creditor, the International Monetary Fund, arrived in Kyiv. The experts will analyze the implementation of the cooperation program within the Extended Fund Facility, which may result in a fourth revision of the program and the provision of a fifth loan disbursement totaling almost $1 billion.

The Finance Ministry said the parties had discussed the implementation of Ukraine's obligations under the program of cooperation, including tax and customs reform, as well as strategic reform of the State Fiscal Service. Representatives of the IMF expressed confidence that further implementation of structural reforms in accordance with the Memorandum will allow Ukraine to successfully pass the fourth revision and receive the fifth tranche. Finance Minister Oleksandr Danyliuk assured the mission that Ukraine would continue to adhere to its obligations.

It should be noted that the mission arrived as the National Bank Governor, Valeria Gontareva, filed for a resignation from May 10, and from that date went on a long leave. From May 11 until the appointment of a new NBU head, the regulator will be headed by First Deputy Head Yakiv Smolii.

Earlier, the IMF repeatedly stressed the positive course of cooperation with Gontareva. Besides, the signature of the NBU head is mandatory in the revision of the Memorandum.

According to Smolii, the Ukrainian authorities expect a positive outcome of the IMF audit. He also stressed that, in fact, he has the authority to sign the Memorandum with the IMF, if necessary.

Meanwhile, one of the most important goals of the mission's visit to Ukraine is the evaluation of the draft pension reform, which minister Danyliuk says is essential to obtain another IMF loan. The IMF has repeatedly stated that the deficit of the Ukrainian Pension Fund, which exceeded UAH 140 billion UAH, is a threat to the system of public finances. In the face of this crisis, the country's future solvency raises doubts.

The day after the mission arrived, the government publicly presented the draft pension reform, designed to reduce the Pension Fund deficit to zero and ensure fair pensions for citizens. 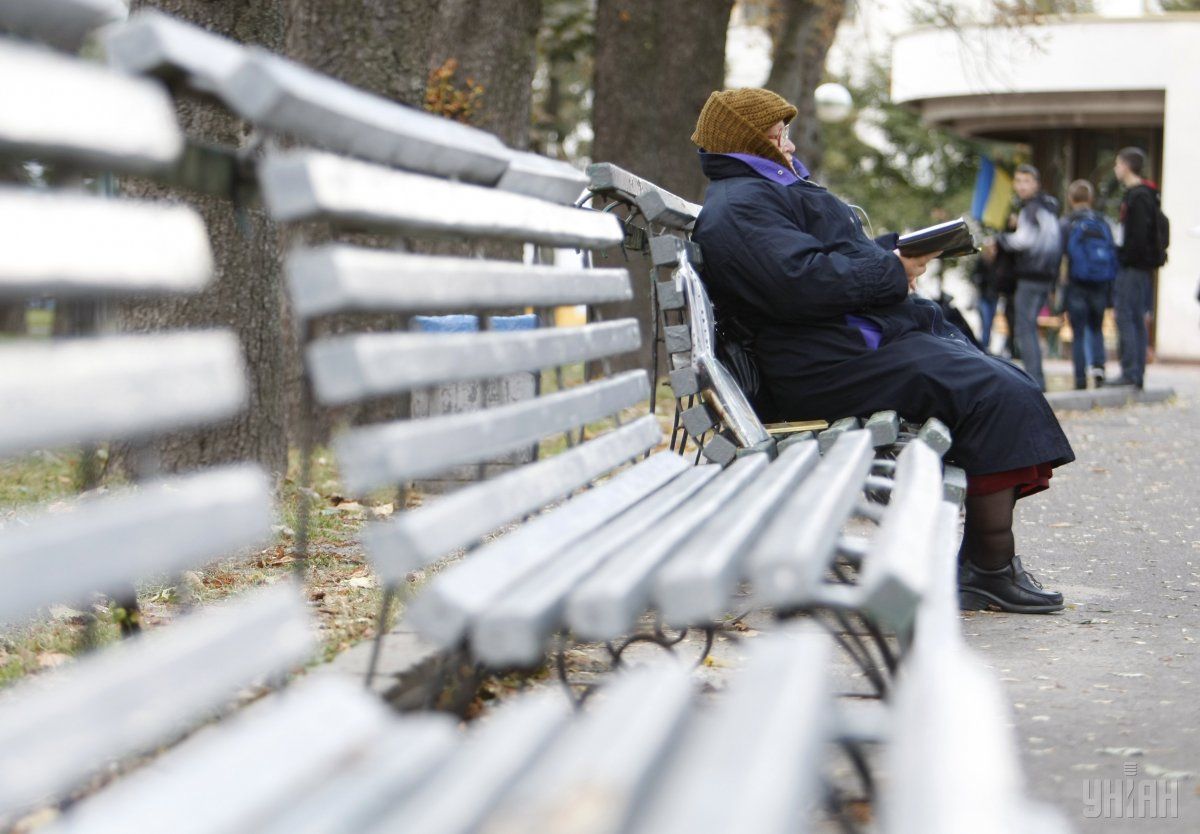 At a government meeting on May 17, Prime Minister Groysman presented the long-awaited draft pension reform. Earlier, the Cabinet of Ministers announced that they would publish the document after its coordination with the International Monetary Fund. The presentation answered the key question for most Ukrainians on whether the reform means raising the retirement age. To the relief of many, the Ukrainian authorities do not foresee this step.

In addition, the reform introduces a requirement for an insurance period in order to eliminate the deficit of the Pension Fund. To retire in 60, Ukrainians will need to have gained 25 years of the insurance period. With 15 to 25 years of insurance period, they can retire at 63, and with less than 15 years - at 65. People without any insurance period will be entitled to social assistance once they reach 63 years of age. Its volume will be determined based on the level of income of the pensioner's family.

Also, the reform abolishes the appointment of pensions to civil servants for their long service. It’s only the military and those working in hazardous conditions who will retain retirement privileges. In the latter case, employers will pay an increased social contribution for their employees. According to the Minister of Social Policy, Andriy Reva, this approach will encourage employers to improve working conditions. At the same time, for miners under 35 years, a second level of pensions will be introduced, the funded pension. Each such employee will be assigned a special account, where the funds will be transferred by their employer. Thus, miners will be able to retire earlier and receive higher payments.

The reform also provides for an annual review of pensions - their size will increase by no less than 50% of the average weighted growth in real wages over the past three years, or by 50% of the weighted average inflation for the same three years (depending on which of these indicators is higher).

According to Reva, the government version of the pension reform is generally coordinated with the IMF, while technical details are now being discussed.

"The International Monetary Fund perceives our agreements absolutely well. Be informed that we are not conducting a dialogue on strategic issues - they have been agreed upon long ago - but on some details that do not affect pension reform. There are two or three questions remained of a purely technical nature. Even if we do not agree on them, it will not affect the reform in general," the minister noted.

Prime Minister Groysman said that "this reform gives us an opportunity to build a non-deficit budget of the Pension Fund. Over seven to ten years, we will reach the zero deficit of the Pension Fund. If nothing is done next year, the deficit will be UAH 175 billion, and it will keep growing. Thus, in three to five years, the Pension Fund will have no funds to pay even such pathetic pensions. This suggests that we must take responsibility to change this system."

It is obvious that the country's pension system requires prompt changes. The size of pensions often does not satisfy even the most minimal needs, not to mention the provision of adequate healthcare services. According to the prime minister, the government expects to adopt a bill on pension reform until July 15.

The next week promises to be full of important economic events - the IMF mission will finish its work, the National Reform Council under the President will consider a bill on pension reform, while the government will conclude a memorandum with Transparency International on joining the global registry of beneficial owners to combat money laundering and tax evasion. By the way, Ukraine can become the first among the European countries to join the register.

If you see a spelling error on our site, select it and press Ctrl+Enter
Tags: banUkraineIMFpensionreformsocialnetworks