The IMF mission completed its work in Kyiv, announcing priority tasks for the Ukrainian authorities to secure continued lending program; the country's industrial output expectedly shrank as a result of the trade blockade of Donbas and the confiscation of Ukrainian assets by the occupier forces; the National Bank relaxed some forex restrictions; while agrarian minister Taras Kutovyi stepped down from post. These are the main economic news of the outgoing week.

One of the top news of the past week was the unexpected large-scale anti-corruption raid within the massive tax fraud investigation against the officials of the times of former President Viktor Yanukovych. Early in the morning on Wednesday, May 24, National Police and military prosecutors conducted more than 450 simultaneous searches in fifteen regions across Ukraine. "Now there is an operation concerning the chiefs and deputies of 15 regional departments of the [former] Ministry of Income and Fees, the so-called state tax administrations, which had a direct relationship to the organization of the functioning of the so-called tax platforms, or program companies, or transiters for tax pits, as a result of which the state was underpaid. In fact, the criminal organization of Yanukovych, Klymenko and those who were still in Ukraine, was able to enrich itself at the expense of taxpayers for the amount of UAH 97 billion, which was proved by the investigation," chief military prosecutor Anatoliy Matios explained. Twenty-three officials of the former Ministry of Income and Fees have been detained and flown to Kyiv on helicopters from across Ukraine. Chief law enforcers have noted that this wave of detentions is only the first one within the probe that is ongoing.

Meanwhile, the court ruled to remand in custody 11 out of 23 ex-tax officials, setting bail ranging from UAH 3 mln to UAH 150 mln. Seven suspects were released from the courtroom obliged to wear electronic bracelets, bailed out for UAH 990,000 to UAH 15 million, Interior Ministry spokesman Artem Shevchenko said.

Without a doubt, that UAH 97 billion could come in handy for the the Ukrainian budget. But, most likely, the money will not be recovered anytime soon. As an example, the confiscation of $1.5 billion of the so-called "Yanukovych funds" took more than two years.

The mission offered Kyiv to focus on four priorities: pension reform, land reform, privatization, and the fight against corruption.

The mission is reported to have held constructive discussions with the Ukrainian authorities on reforms needed to improve productivity, attract investment, and continue to strengthen public finances. “As envisaged under the program, discussions focused on the pending pension and land reform and on measures to speed up the privatization process and ensure concrete results in anticorruption efforts,” Mr. van Rooden said in a statement.

“While good progress has been made in building understandings on the key elements of these measures, further technical work is needed in some areas to transform these into draft laws that meet the reform objectives. Securing parliamentary approval of these draft laws will be needed to pave the way for the completion of the fourth review,” said Mr. van Rooden. This year, Ukraine expects to get $4.5 billion under the Extend Fund Facility, and another $3 billion next year.

Having studied the progress of Ukraine’s economic reforms, the IMF came up with a more optimistic economy growth forecast. “The Ukrainian economy continues to recover, with growth expected to exceed 2 percent in 2017,” Mr. van Rooden said. “Fiscal and monetary policies remain on track to meet the 2017 targets. Gross international reserves have increased further to US$17.6 billion, and inflation is projected to fall below 10 percent by the end of the year,” he said.

While the mission sees the near-term outlook positive, “decisive implementation of structural reforms remains critical to achieve stronger and sustainable growth that Ukraine needs over the medium-term.” 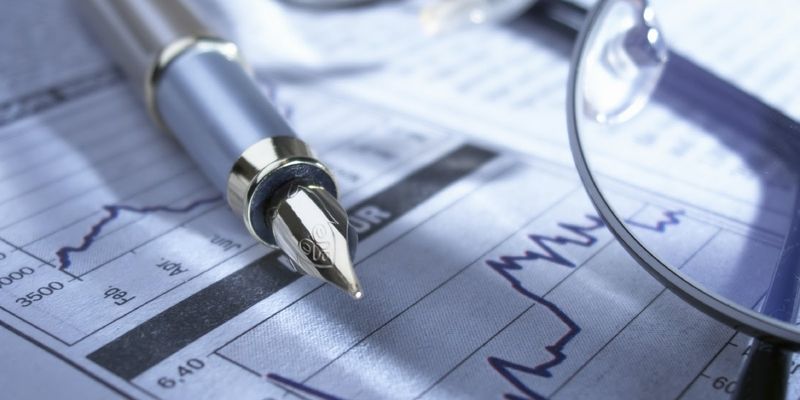 For the third month in a row, Ukraine has seen a decline in industrial output / telegraf.com.ua

Ukraine has seen a decline in industrial production for the third month in a row: the decline in April 2017 accelerated to 6.1% year-over-year, from 2.7% in March 2017, according to the State Statistics Service of Ukraine.

As explained by the press service of the Ministry of Economic Development and Trade, the fall in industrial production is a reaction to the trade blockade of Donbas. "The fall in industrial output is the result of the high sensitivity of the Ukrainian industry to the blocking of freight traffic in the east of the country, which started late January this year," the press service said. The reduction in steel-making production is connected with the seizure by Russian militants and their Donetsk minions of coal and steel-making enterprises in the areas of Donbas beyond Kyiv control. "This explains the decline in industry in April and neutralizes the factor of improved external environment, namely, the growth of global prices and the expansion of domestic consumer demand," the ministry noted.

Also, the decline was a reflection of cuts in electricity production due to the prolongation of the emergency measures in the energy market. However, despite the negative trends in industrial production, the indicator of retail trade turnover was a pleasing thing to see - in April its growth was 6.1% in annual terms. In general, since the beginning of this year, retail trade turnover increased by 5.8% compared to the same period in 2016. 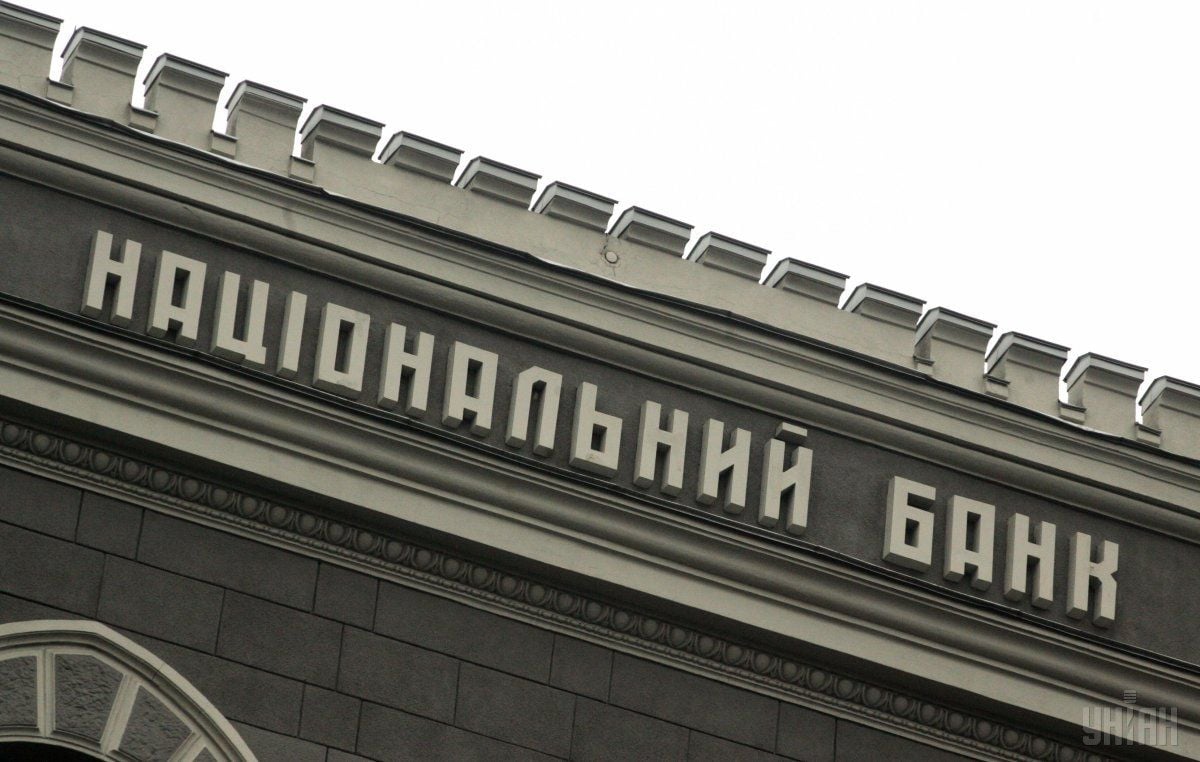 An important event of the outgoing week was the next stage of forex liberalization by the NBU. The central bank abolished the provisional norm that reduced to 120 days a maximum period for settlements on export / import operations. From May 26, the maximum settlement period is 180 days. Besides, from June 12, foreign investors will be able to return their funds invested in Ukraine. Until now, buying and transferring foreign currency for this purpose was prohibited.

The businesses will gain the opportunity to repay ahead of schedule foreign loans and borrowings if the obligations of international financial organizations are provided as collateral for settlements under these operations.

NBU also allowed banks to open correspondent accounts in foreign currency of the first group in banks - representatives of countries whose national currency of the second or third groups, according to the NBU classification.

At the same time, the regulator has established requirements for disclosure of information on the ultimate owners of non-resident creditors. They will be enforced in cases where it is necessary to register a loan agreement or a borrowing deal concluded by a resident-borrower that is not a bank. As explained by the press service of the National Bank, the weakening of temporary anti-crisis restrictions became possible due to the long favorable situation in the foreign exchange market and the relative balance of inflation risks.

Besides, just as a month earlier, the NBU continued the easing of its monetary policy and decided to cut the key policy rate by 0.5% p.p., to 12.5%, effective May 26, 2017. «"The decision to ease monetary policy is consistent with the pursuit of inflation targets set for 2017-2018 and will help propel the economic growth in Ukraine," the NBU press service said. In April, actual inflation came in slightly below the projected path of annual headline inflation published by the NBU in the Inflation Report (April 2017), envisaging a slowdown in the annual CPI to 9.1% by the end of 2017, 6% – by year-end of 2018, and 5% – by the end of 2019.

On the evening of May 23, Ukraine's Minister of Agrarian Policy and Food Taras Kutovyi blew up the agrarian market by saying he is stepping down. The official published a copy of his resignation letter on Facebook. 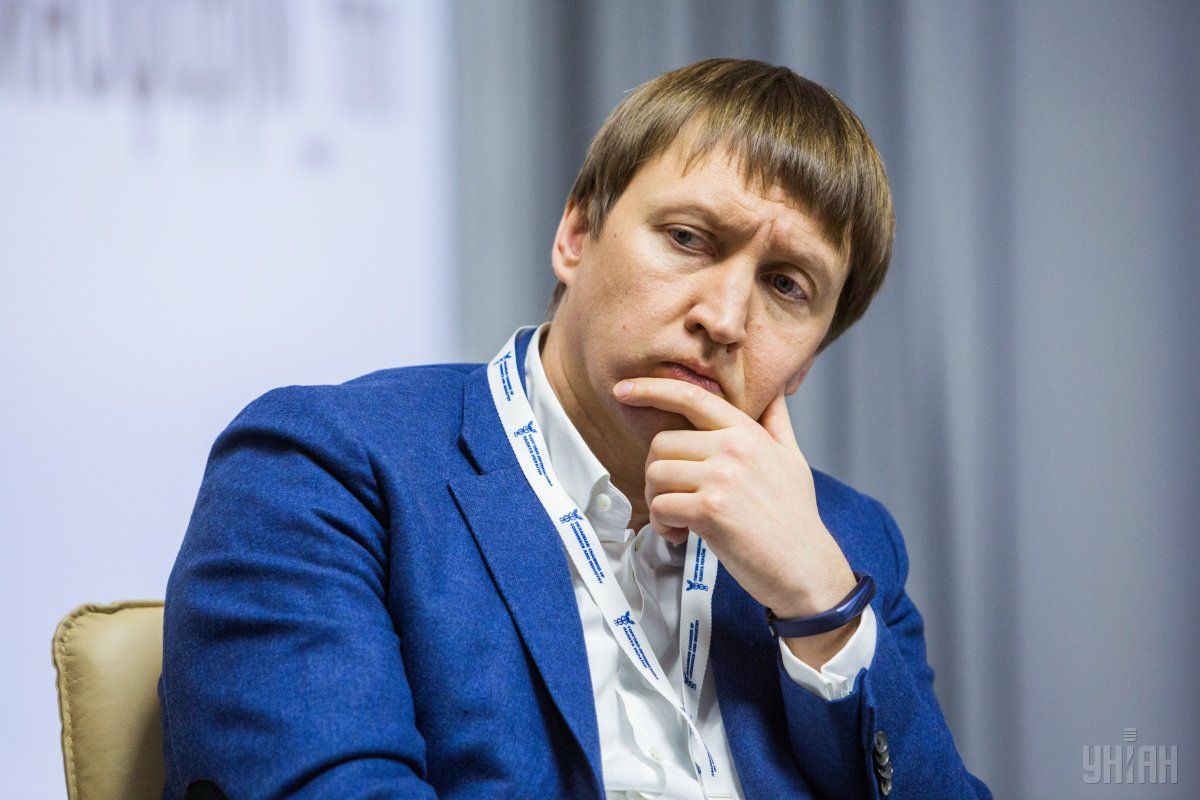 Kutovyi explained his decision with the will to engage in attracting investment in the Ukrainian economy. Leaving the post will allow him to gain greater freedom of action in his endeavors, since the status of an official imposes certain restrictions.

“I'm sorry to hear he has made such a decision, but I respect it," Prime Minister Volodymyr Groysman said. He went on to say that a list of possible candidates for the post of the head of the ministry would be made after consultations with the coalition. The new minister should be appointed in the near future since the agricultural sector remains very important for the Ukrainian economy, Groysman stressed.

By the way, according to the procedure, Kutovyi will continue to hold office until the parliament votes for his resignation. After that, first deputy minister Maksym Martyniuk will become acting minister until the Rada decides on a new candidate.

Kutovyi was appointed Agrarian Policy and Food Minister on April 14, 2016. Prior to joining the Cabinet, he had been a head of the Parliamentary Committee on Agrarian Policy and Land Relations since 2014. As expected, once Kutovyi announced his intention to leave office, market players and experts started speculating over the actual reasons for such a move. One of the most popular versions is Kutovyi’s disagreement with the government's concept of land reform.

The fact is that the prime minister repeatedly voiced the Cabinet’s position claiming the land market would start its work next year, but with a number of stringent restrictions. After the cancellation of the farm land sale moratorium, only citizens of Ukraine would be entitled to purchase land plots, while the maximum threshold of ownership for one citizen must not exceed 200 hectares.

By the way, first deputy minister Martyniuk supports this concept. Kutovyi opposed the idea to open the land market so early. Instead, he supported the phased implementation of land reform. The first step in this process, according to the minister, was to be the possibility of selling lease rights, rather than land ownership. At the same time, in his interview with UNIAN, Martyniuk said Ukraine had long been ready to launch the land market, so there was no point in delaying the process.

Anyway, the early opening of the land market is one of the basic requirements of the International Monetary Fund. The IMF did not set clear limits to Ukraine, in what shape the market should function. But, according to IMF resident representative Jerome Vacher, Kyiv should finally take a decisive step in the direction of liberalization of land relations.

If you see a spelling error on our site, select it and press Ctrl+Enter
Tags: UkraineIMFNBUkeyratelandreformKutovyi