The absolute victory for Ukraine – this is how the experts comment on yesterday's decision of the Stockholm Arbitration in the case involving mutual claims of Ukraine’s Naftogaz and Russian energy monopoly Gazprom, filed back in 2014.

The amount of financial claims set a record for the Stockholm tribunal, with Naftogaz demanding almost $30 billion from Gazprom, while Russians want to recover $50 billion from Ukraine.

The main news is that the arbitration tribunal satisfied the requirement of the Ukrainian company to review the price for Russian gas set in the 2009 contract, taking into account actual market conditions. The tribunal has also rejected in full Gazprom’s demands regarding the so-called “take-or-pay” principle, which would make Ukraine purchase 52 billion cubic meters of gas annually and pay for no matter if the said volume was in fact taken.

The Stockholm arbitration satisfied one more demand set forward by Naftogaz. It completely canceled the ban on gas re-exports, earlier imposed by Gazprom.

"Today’s decision by the Arbitration Institute in Stockholm gives answers to legal questions in the dispute concerning the 2009 contract on gas deliveries between Naftogaz and Gazprom ... Their position on key issues was as follows: 1) The condition "take or pay" (the lion's share of Gazprom's financial claims) is abolished in full; 2) The prohibition of re-export is canceled in full; 3) The price formula has been revised from 2014 – [to the] European [hub] price," Deputy Foreign Minister of Ukraine Olena Zerkal wrote on Facebook.

By the way, the Stockholm arbitration was not chosen to hear this case by chance – the possibility of applying to this very court was at one time designated by Gazprom in the contract with Naftogaz.

Now, the main question is what to expect next.

The Arbitration’s award, is final, but at the same time, incomplete, according to experts. It will not be reviewed, although the "final conclusions" are yet to be handed down. The court must explain to the parties to the conflict how to implement its decision.

"The parties were explained how to properly apply the principles of the contract. The main thing is pricing. And that’s what’s ahead. The main thing is to activate the price formula in the correct format. Since 2014, Ukraine has been trying to do this, but Russia refused. Now they will have to calculate everything, everything in retrospect. Gazprom cannot fail to execute the arbitration award," said Vladyslav Vlasiuk, an energy lawyer.

The "retrospect" in this case is critically important for Ukraine, since it cancels Gazprom's claims over Kyiv's alleged debt for natural gas before Moscow.

CEO of the Center for Energy Studies Oleksandr Kharchenko believes that the court will announce all the details within a few weeks. Arbitration tentatively stated that it would take six to eight weeks to draw up the details but this period could be extended for another two weeks. However, given that the "take-or-pay" principle has been rejected, the calculations can also be simplified (since it will be the price for specific volumes of gas ordered and received by Naftogaz at market prices of the respective periods that will be considered).

"Our main victory is that the bulk of Gazprom's claims totaling almost $50 billion have been rejected in full. In practice, this means that Ukraine has won this arbitration process. And if the price principle is revised, as already announced, then the victory will be unprecedented. But we need to see an analysis of the arbitration award, and it will not be a one-page document. The decision on principles will be explained on dozens of pages, which need to be carefully studied," Kharchenko said.

Assuming that in the process of price revision of the contract Gazprom will eventually owe to Naftogaz - which experts do not exclude – there comes up another curious question - how much the Russians owe Ukraine and Kyiv can claim this debt, given that Russia with its own “laws” allowed itself not to recognize the decisions of any international courts. This "sovereign" principle, as we recall, was fully demonstrated in the case of YUKOS: the ex-shareholders of the company still cannot receive even a part of the $50 billion compensation awarded to them by the court in The Hague.

Kharchenko assures that there cannot be a repetition of this situation in our case: "The YUKOS process was against the State of Russia. And the property of the State of Russia outside its borders enjoys the right of extraterritoriality. In our case, it is a question of commercial property, property of Gazprom, even though it is a state-owned Russian company. That is, the rules can be applied for seizing property, accounts, and shares –that’s in the event if Gazprom risks failing to comply with the Stockholm arbitration award. The thing is that Gazprom a huge amount of assets abroad, for which executive decisions are absolutely applicable." 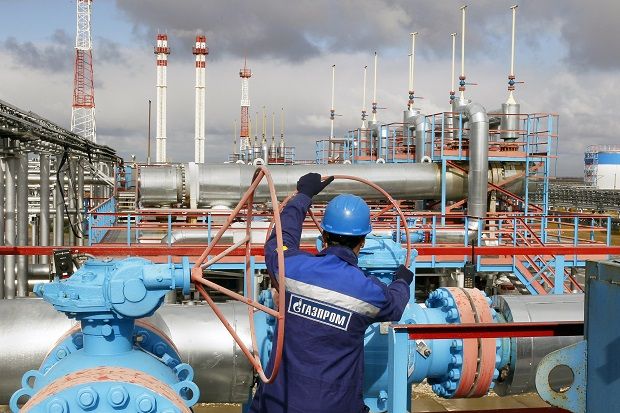 In addition to the final conclusions on the first lawsuit, the arbitration should still decide on the claims over gas transit. It is expected in late June. The amount of claims by Naftogaz is $10.2 billion, and the Ukrainian corporation requires the establishment of new tariffs for the transit of gas via Ukraine.

Gazprom's claims in this regard are insignificant. They amount to about 7 million cubic meters of gas, and are based on the use of technical fuel to maintain the gas transmission system. As Gazprom claims, Naftogaz took this gas from a transit flow in a certain period to ensure proper pressure in the pipe. Now the Russian monopolist demands compensation.

But the claims by Naftogaz are more significant. Gazprom in the contract with Naftogaz said it would transit at least 110 billion cubic meters of gas annually. But this obligation was never fulfilled. On the contrary, it reduced transportation by more than 1.5 times.

Kharchenko considers this claim to be a definite win. "There are claims only on the part of Naftogaz. In this process our company risks nothing - we will either win more money or not. No more than that," he said.

Vlasiuk believes that the arbitration award on the transit claim will be in favor of Ukraine.

"From the very beginning, I’ve thought that on transit tariffs we have an indisputable position. Therefore, I am a little dumbfounded by the arbitration award on the price, because in this issue there was a very difficult situation. The transit tariff for Gazprom should be increased according to European standards. In the end of the day, if we calculate how much it cost Russia to construct bypass gas pipelines, then it will really be cheaper for them to supply gas through Ukraine,” the lawyer notes.

It is possible that, being stunned by such a decision of the Stockholm arbitration, which will hit hard on the image of Gazprom that has already been corrupted in Europe, the Russian monopoly will traditionally offer Ukraine a very attractive price for gas (we should recall that from November 2015, Naftogaz has not purchased gas directly from Gazprom). And then it will be up to Kyiv to decide whether we need it from a political perspective, despite the possible benefits from the commercial component.

After all, as the past winter showed, Ukrainians, unlike the Ukrainian authorities, prefer not to buy anything from the enemy, even the goods that some said "have no alternative."

If you see a spelling error on our site, select it and press Ctrl+Enter
Tags: GazpromNaftogazgasdisputeStockholmarbitration