Real estate tax, aimed to replenish local coffers by tens of millions of hryvnias, is by far failing to achieve its objective. Before July 1, Ukrainians will receive from their local fiscal offices this new tax notice. UNIAN clarified why the tax is not working and what should those do who have not received such a notice.

The real estate tax has emerged January 1, 2015, when the new Tax Code came into force. It covers owners of apartments over 60 square meters and houses over 120 square meters. Also, we should not forget that its the total area of residential and non-residential real estate, including its parts (garages, outbuildings, workshops, office premises, etc.) which is subject to taxation.

Tax must be paid for the previous year. In other words, now Ukrainians and foreigners who own real estate in Ukraine must pay for their "excess" for 2016.

In Ukraine, the tax is tied to the minimum wage, which is not how it’s done in Europe where it is tied to the price of a square meter, so the amount to be paid today will be somewhat larger than in 2016. Since last year, the minimum wage has grown from UAH 1,378 to UAH 1,600. So, for example, in Kyiv, each "extra" 10 square meters, given a 1% tax rate, will entail payment is UAH 160. Moreover, it should be borne in mind that in 2018, the payments will be even higher, since the tax will be calculated on the basis of a minimum wage of UAH 3,200. In fact, given that the government vows continued raise of the minimum wage, the payments will be growing further. And there is one more nuance - if the area of the apartment is over 300 square meters, and houses - over 500 square meters, owners will have to pay the so-called “luxury tax” at UAH 25,000 for the piece of real estate.

What "socialism" games boil down to

In each region of Ukraine, local authorities have the right to decide how much the taxpayer will pay for real estate. But the fee is set at 1.5% of the minimum wage. The tax is supposed to go to the city budgets, and then these funds should be allocated for the upgrade of local infrastructure.

How is this actually working? Pretty bad so far.

The housing stock in Ukraine totals more than 60 million square meters, which on the average accounts for more than 58 square meters per inhabitant. However, according to the State Fiscal Service (SFS), revenues to local budgets from the property tax in 2016 amounted to UAH 1.419 billion, of which UAH 1.209 billion came from legal entities, and UAH 210 million - from individuals. In general, in 2015, 2016, and in the first quarter of 2017, approximately 300,000 Ukrainians paid real estate tax amounting to UAH 280 million. This is three times less than it was predicted with the introduction of the tax.

Why has the tax aimed at replenishing local budgets by millions, performed so poorly?

Firstly, since the introduction of this fee, none of Ukraine’s big cities have introduced a maximum rate of 3% (since 2017 it has been reduced to 1.5% and remained mandatory for introduction). In Kyiv, Chernihiv, Cherkasy, Ternopil, Khmelnytsky, Chernivtsi, Lutsk, Uzhgorod, Kherson and Mykolayiv, the rate was 1%; in Kharkiv, Dnipro, Zaporizhia, Odesa, Sumy, Zhytomyr, Vinnytsia and Ivano-Frankivsk  it was 2%; in Lviv, Rivne and Kropivnitsky it was 0.5%.

Thus, on the one hand, local authorities tried to play socialism (which, is in fact rather fair in relation to many real estate owners), but, on the other hand, this policy led to the fact that budgets were left without additional funds (while they could have been replenished by millions of hryvnias). 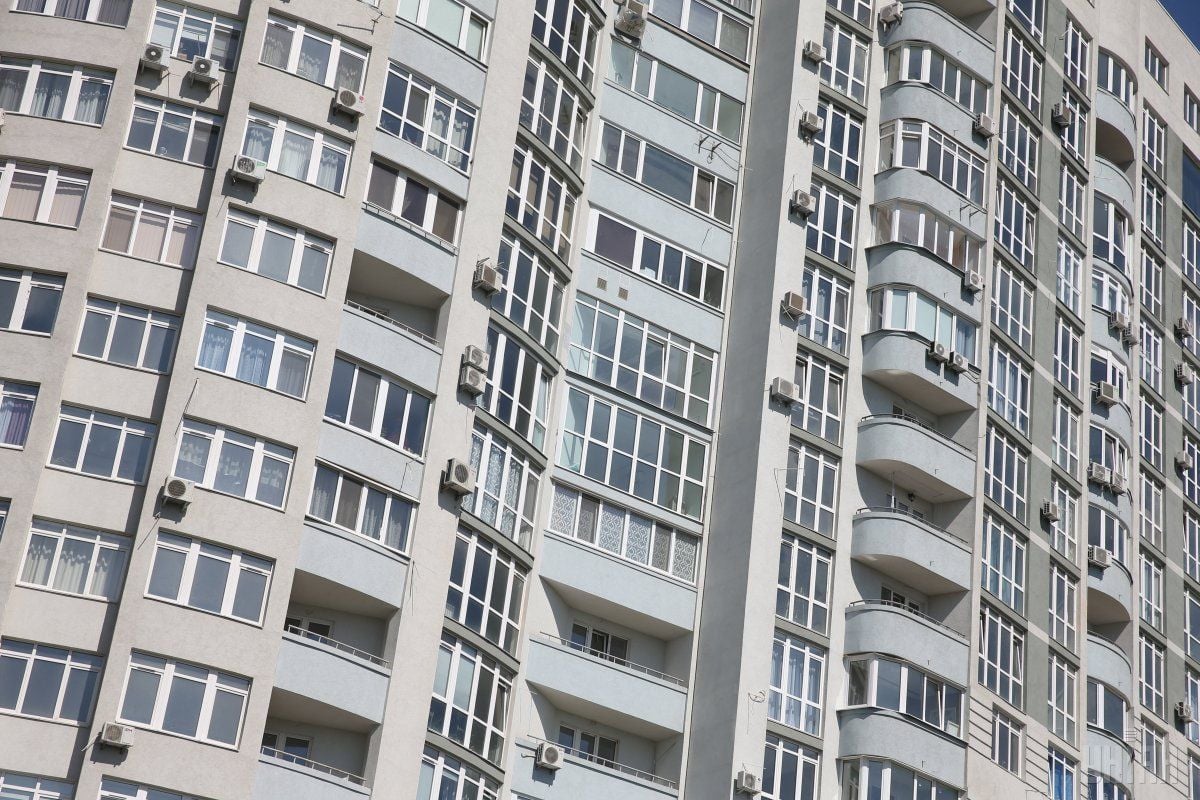 In addition, "socialism" played by local authorities is by no means always fair - many officials were caught in the act of striking shady deals with the businesses in terms of minimizing the payment of real estate tax. According to Ilya Neskhodovsky, who is the CEO at the Institute for Social and Economic Transformation and the expert of the Reanimation Reform Package, this led to the fact that the rules allowing local authorities to set preferences at their own discretion and decide who was to pay and who was not, were active before January 1, 2017. "There were cases when local authorities granted benefits even to shopping malls. "They settled." And we are yet to see how the new rules will affect local authorities in 2018," the expert said.

Unfortunately, the "local" problem with shady deals is not the only issue related to this tax. There is also a fiscal component.

"It is a problem of the state that there is no single register. This was discussed even before the introduction of the tax. But, as always, it was necessary to first introduce it, and then solve the problem. The houses that were built before 2013 are not in the register," said Yulia Drohovoz, vice-president at the Ukrainian Union of Industrialists and Entrepreneurs.

In particular, this is an issue of the Ministry of Justice, since this agency was responsible for transferring registers from the BTIs. In addition, even more confusion is brought by the fact that the right to register real estate has been transferred to local councils.

Another nuance is that only BTI data are being put in the single register: technical papers, as a rule, do not include additional buildings that are also supposed to be taxed. That is, if in the technical papers see no barns or veranda kitchens, then they are accounted for.

Unsold houses are not being taxed either, which is very advantageous for tax evaders (especially in the luxury segment of more than 500 square meters). Illegally built houses are also unaccounted for. There is no understanding how to charge owners or real estate located in different cities. "A difficult question is when real estate is located in several cities. In this case, no one will be able to calculate the total area to be taxed. The owners can’t travel across cities forever and communicate with local fiscal authorities about their real estate. Moreover, this is a purely voluntary matter," Drohovoz said.

She said this also testifies to the problem of interaction between fiscal offices across Ukraine.

Ilya Neskhodovsky says the reform of the SFS also adds up to these problems. "Fiscal service is undergoing a process of restructuring, and they are understaffed. But automation has improved. That is, as a prospect, the tax is a right thing, but the implementation should be much better," he said.

To pay or not to pay – that is the question.

Individual apartment owners have a pretty narrow field for "tax optimization." But that’s only because any fraud in this matter is a costly thing. For example, if the area of real estate is divided between several co-owners, then the preferential untaxed area is assigned to each of them. In other words, if the apartment is 120 square meters, each of the two co-owners has "preferential" 60 square meters. Actually, it is possible to split real estate in this way. But it can sometimes cost more than the amount of tax payment as such.

In this regard, the most important factor of whether they should pay or not remains the receipt from the fiscal service of a tax notice at the place of registration of real estate. Experts assure that until you receive a notice from the tax office, following which you need to make a payment within 60 days, the obligation to pay is not of your concern. You also shouldn’t be worried about any penalties for late payments. Moreover, if you don’t agree with the amount charged, you can always appeal in court.

Secondly, individuals are not liable if they have not received a notice from the fiscal service, but it is worth paying attention to whether you live in the place of residence, or not. "For example, you are notified at the place of registration, but you could not get it, because you are in another city, but the SFS believes that the most important thing is that they have sent a notice," says Neskhodovsky, adding that, in principle, this question can also be disputed.

If the notice is received, but the tax is not paid, then a fine will be imposed at 10% of the debt amount. If the delay exceeds two months, the fine increases to 20%. Moreover, after the maturity of the debt, a penalty is added: for each calendar day of delay, the amount is calculated at the rate of 120% of the annual interest rate of the National Bank (it is constantly changing, now it is 12.5%). In addition, if the total amount of tax debt exceeds UAH 689,000, the defaulter faces criminal liability under Art. 212 of the Criminal Code of Ukraine, which entails punishment in the form of a fine ranging from three hundred to five hundred non-taxable minimum incomes of citizens (UAH 5,100 - UAH 8,500). However, if the offense is committed for the first time, then payment of all "tax debts and compensation for harm caused to the state by their untimely payment (financial sanctions, fines)" exempts real estate owners from criminal liability.

Thus, it turns out that the tax has been introduced, and the tax seems to be a right thing and in line with the European standards. But the authorities fail to collect it properly. For the owners to pay honestly, a small thing is needed: citizens should trust the state. Perhaps, it will happen when an ordinary Ukrainian feels that his money paid is allocated for the construction of new roads, hospitals, schools and kindergartens rather than flow in the pockets of some corrupt officials.